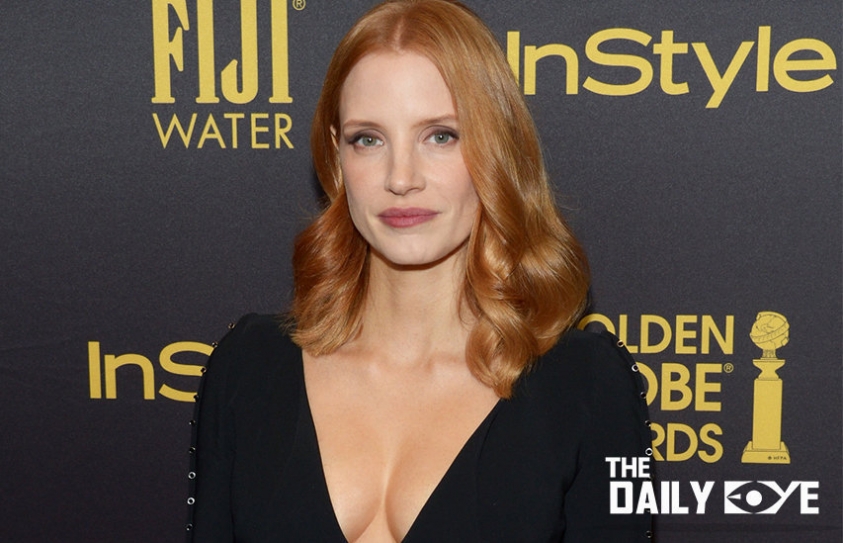 Jessica Chastain on being a Spokesperson for Women in Film

An enormous talent onscreen, Jessica Chastain has become a fierce advocate for women’s rights offscreen as well. Whether on her personal Twitter account or as a jury member for the Cannes Film Festival, the actress is steadfast in her commitment to calling out misogyny, sexual misconduct, and the patriarchy. In her latest role, as the titular character in Aaron Sorkin’s Molly’s Game, Chastain proves she chooses her projects as carefully as she chooses her words. “Things aren’t working with the status quo, and I think they all need to be challenged and stretched a bit,” Chastain recently told IndieWire in an interview for their Spotlight Awards series. “This game that women have been forced to play just doesn’t work anymore.”

Written and directed by Aaron Sorkin (The West Wing, Moneyball, Social Network, etc), Molly's Game is set in the weird world of high-stakes poker and based on the true story of Molly Bloom, a former competitive skier who became the operator of one of America's biggest private games. It's being talked about as an awards contender, and Chastain could well be in line for an Oscar nod. This week she secured a Golden Globes nomination.

"That world is intensely misogynistic, but at least”, Chastain says, "it's openly so". "Politics, Wall Street, Hollywood, they are all areas where men make up the rules, and run the show. So in this film we see how blatant the misogyny is, but it's the same in many areas of our society”.

'It's more than just a Hollywood issue,' the actress explained on the Today show as she promoted her film. 'It's a society-wide issue.'

The real Molly Bloom ran poker games in Hollywood in which hundreds of millions of dollars were won and lost before transferring her activities to New York and accidentally getting mixed up with the Russian mafia. She was targeted by the FBI and almost ended up in prison after refusing to implicate her friends. She wrote a memoir, on which Sorkin's film is based, but Chastain also got to spend some time with the woman herself.

“I felt physically uncomfortable in a lot of those costumes, and they were costumes that I was very adamant about wearing,” she said while designing her own costume. “It was very important for me to copy that look, that transformation that she undergoes because that says a lot about society and a woman’s place in society and about how a woman is valued for sexual desirability rather than what she says. I wanted to show all of the things of herself that she gives away in trying to play by these rules that these men have set forth.”

Chastain is done staying silent and accepting Hollywood’s sexism, and Molly’s Game continues her on the path toward complicated, messy, flawed women.

“Women in Hollywood, it’s kind of hinted to us, ‘Just be grateful, be quiet,'” she said. “After Zero Dark Thirty, I just don’t want to do that anymore.”

She also recently applauded Salma Hayek for coming forward with her sexual harassment allegation against Harvey Weinstein. But Jessica Chastain is determined to raise awareness to the stories of sexual misconduct coming not just entertainment, but in every part of society.

She believes 2017 has been an incredible year, "look how TIME magazine just announced the #MeToo movement as their People of the Year, how wonderful to be alive in 2017 and to see this change happening, to have young girls notice this empowerment of women. I'm really excited about what's going on right now. I can't say whether or not there's going to be lasting change, but I can tell you that our industry is definitely different than it was six months ago", she adds.