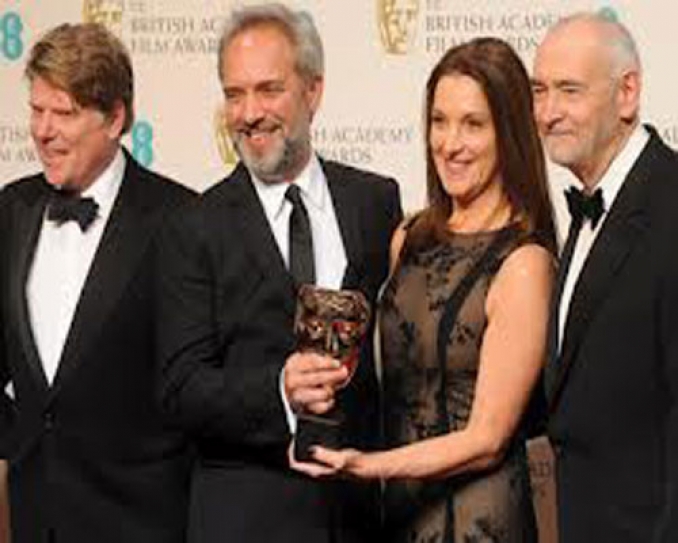 The producers of the James Bond films are to receive the David O Selznick Achievement Award from the Producers Guild of America (PGA).

Michael G Wilson and Barbara Broccoli said they were “honoured to be associated” with Gone with the Wind producer Selznick.

The award recognises their body of work in film and past recipients include Steven Spielberg and Clint Eastwood.

The prize will be presented at a ceremony in Los Angeles in January.

The PGA Awards co-chairs Lori McCreary and Michael De Luca called Wilson and Broccoli “the driving force behind one of the most cherished franchises in the history of film.

“Thanks to the consistency and steadfastness of their creative vision, generations of moviegoers have been able to share the adventures of one of our iconic heroes.

“We look forward to their continuing to bring thrilling exploits and cinematic masterpieces to audiences worldwide, and we are delighted to honour them with this year’s David O Selznick Achievement Award.”

The Bond franchise celebrated its 50th anniversary last year with its 23rd film, Skyfall, which went on to become the biggest ever 007 movie, taking over $1bn at the box office.

Wilson began working on the Bond series in 1979 and produced many of the most famous Bond films including For Your Eyes Only and Licence to Kill.

In more recent years, he has co-produced the likes of GoldenEye, Casino Royale and Skyfall with Broccoli, his half-sister.

The 24th Bond film, which is being directed by Sam Mendes with Daniel Craig reprising his role as the British spy, is due for release in 2015.