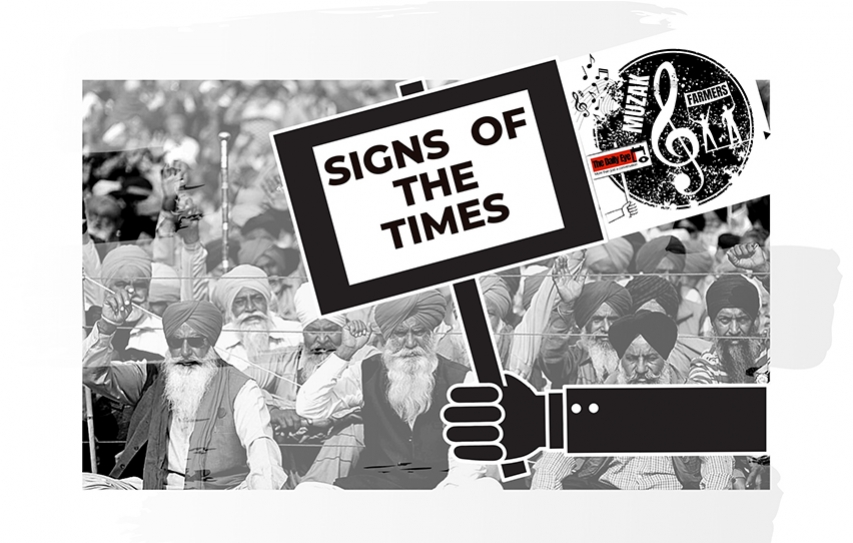 Signs of the times: Song of protest

I’m thinking only, and only of our farmers. They are providers of our daily bread, writes Humra Quraishi

In fact, each time one chops vegetables, boils the rice, kneads  the besan - flour or cuts fruit, thoughts gather around the farmers. After all, they are the ones who grow the vegetables, the wheat, the rice and the rest of the food that we eat everyday.

Farmers are more important than what family and friends are to us. They keep us alive. They feed us day after day. Yet we have bypassed and ignored them. Just look at the way the government of the day is behaving so patronisingly. Laws are being enacted, in these difficult times of the pandemic, without consulting the very agency that they will most impact. Why is there this impatience, the hurry to pass the three very controversial Farm/Agriculture Bills? Why have there not been consultations and deliberations with all the stakeholders, discussions in or out of the parliament, committees not formed to understand the implications and why were strategic plans not laid out with the consent of the unions and leaderships among the farmers before these bills were passed? Why were the qualified, well-known academicians and experts ignored?

I have been in conversation with some farmers and their families over the last few days and they are all confused with the way things have unfolded – the bills were passed undemocratically during a lockdown, a time of crisis in which, otherwise, all other activities were stalled. It is bizarre, the way the government has gone about with a hurried impatience. It is unexplainable. The farmer community has been objecting to the bills since the past two months but the central government has chosen to ignore them – it has not taken the rising number of suicides among the farmers seriously either. There’s been apathy towards their agony, their anguish. And, let us not forget that we too are to blame. We’re well fed, we have access and we are privileged to put food on our table. We have been as apathetic as the government, towards a community that feeds us and comprises over 65% of our population.

So, having reached the tipping point, the crisis has brought the farmers on the streets and to block the highways reaching the capital city, to demand roll back of the farm bills. And, their strength in numbers is unimaginable. A young Sikh farmer from Punjab, told me, “We are being pushed  back to the dark ages, where our  lands and livelihoods could be snatched from us from under our noses. What happens to our ancestral lands? What happens to the future of our children? It gets difficult to describe how wary and  apprehensive we are of the moves that our government is making. No, we cannot trust them, none of these ministers can be trusted. This is one of the reasons why we are reluctant to shift our protest from the highway to the Burari grounds, where the officials are asking us to move. Why? Because the images of the Jallianwala Bagh massacre haven’t really faded and they remain etched in our minds to this day. Burari grounds could very well be used by the cops and other agencies to jail or to nail us!” 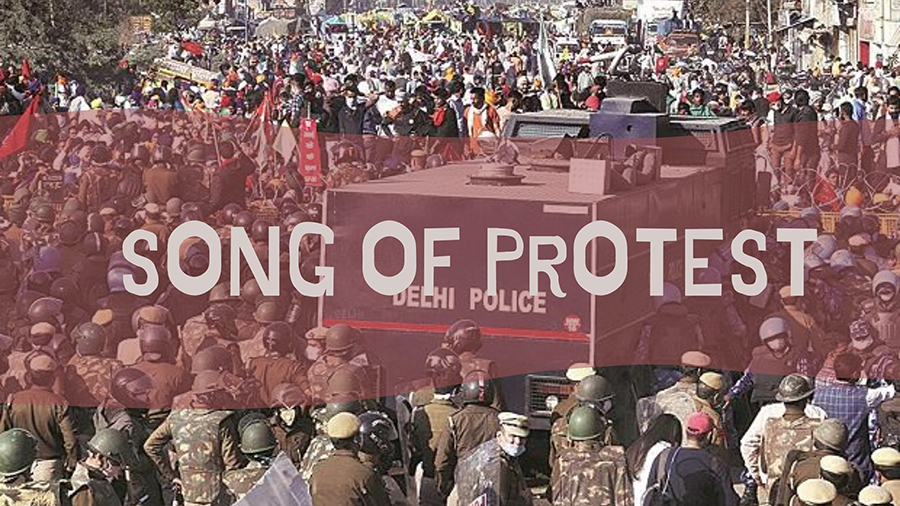 There is not only apprehension but also anger.

I trace my roots to a small qasba in Uttar Pradesh and so I’m well aware of the ground realities of farmers and farm lands. Today, the situation stands at a dangerous bend and in the midst of fears and insecurities, the farmers’ movement is gaining momentum. People from different walks of life are joining the movement. Doctors, other professionals, activists, academicians and students, anti-CAA protestors of Shaheen Bagh are also joining in.

Reaching out to the farmers on their turf, at this time, is non-negotialble and thinking of what they are going through each time we have a meal – roti’s, rice, pulses, vegetables - is of prime importance. We must worry about their future because it is attached to our livelihoods and well-being.

The government must relent, because the movement the farmers have started is growing and spreading all across the country. If one were to look at this in a positive way then this is a cry for justice, inclusion, equity and good governance, which should be responded to by the authorities, with humility and grace. This is a major turning point; if it is not seen as such then we are unfortunate.

The times are politically, socially and economically turbulent. We’re inching towards the dark, political speeches have become stale. The distractions like Love Jihad and Bollywood bashing, through media, and fear mongering is not working any more. Rather than viewers getting agitated, they’re abandoning the media, disbelieving information. The man without income and the woman who is not able to put food on the table for her children is no longer impressed by renaming roads and building a brand new parliament. The bogus is not just visible but tried and tested too. What’s really going on, is best expressed in this verse by Sahir Ludhianvi:

If there is a reason for my angry songs, it is this/That when I see the hungry farmers/The poor, the oppressed, the destitute, the helpless/My heart cannot participate in assemblies of pleasure//Even if I wish, I cannot write the dreamy songs of love.