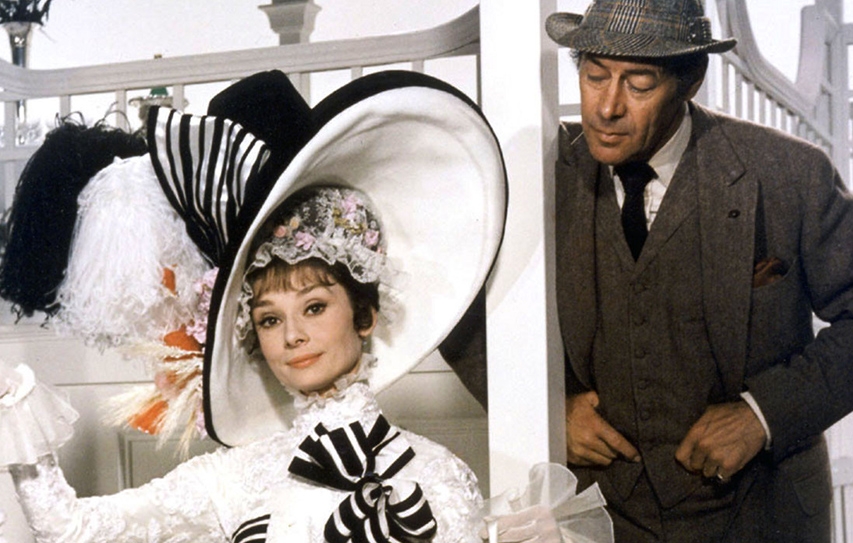 Eliza By Any Other Name

December 2015 marked the end of the year long birth centenary celebrations of pioneering theatre personality Begum Qudsia Zaidi. To her goes the credit for translating and adapting some fine Sanskrit as well as international plays for an Indian audience.

She adapted George Bernard Shaw’s Pygmalion in 1956, around the same time when Allan J Lerner’s My Fair Lady was opening in London. Aazar Ka Khwab is not just her most popular play, but remains one of the world’s most loved works of literature (theatre and cinema too).

A version of the play is always running in some part of the world. In Mumbai, there has been a great production Ti Phulrani, with Pula Deshpande doing the adaptation, and theGujarati Santu Rangili by Madhu Rye. The number of films inspired by Pygmalion are too numerous to list.

Pygmalion/My Fair Lady was about Professor Higgins, who, on accepting bet from a new friend Colonel Pickering, takes on the task of turning a Cockney flower girl Eliza Doolittle into a lady, with the most refined speech and manners. Once he has succeeded in passing her off as noblewoman in a gathering of high society, he pretends to have no further interest in her, when actually, he has come to depend on her. Eliza is at crossroads, because she can hardly go back to her old life; and there is obviously no place for her within the snobbish English upper class. Even in a state of confusion and despair, Eliza does not lose her pride, and in one of the play’s most famous scenes, when Higgins asks her to fetch his slippers, she flings them at him.

Audiences looking for the conventional happy ending would like the story to end with Higgins and Eliza getting married, but Shaw did not want that. When he saw a version by Max Beerbohm Tree in which a romantic ending was suggested to please the crowds, Shaw is reported to have said, “Your ending is damnable; you ought to be shot.”

He wrote to Mrs Campbell, who played Eliza, and with whom he had a long-lasting friendship (portrayed with wit and charm in the play Dear Liar, performed in Mumbai by Naseeruddin Shah and Ratna Pathak Shah), saying, “When Eliza emancipates herself, she must not relapse. She must retain her pride and triumph to the end.”

In a 2014/15 production of the Urdu version, Aazar Ka Khwab, directed by Atul Tiwari with the students of Mumbai University’s Academy of Theatre Arts, fruit seller Hajjo, upgraded to Hajira Begum, has three suitors kneeling before her in the hope of getting her nod for marriage—Higgins/Aazar, Pickering/Farhat and a minor character Freddie/Fareed.

Even half a century ago, Zaidi resisted the temptation of giving the audience a conventional happy ending and respected Hajira Begum for what she had made of herself. The motivator may have been Aazar, but the hard work is all her own, and she expects the professor to give her credit for that.

It is very easy to portray the Higgins as a crotchety but likeable eccentric and Eliza as a wide-eyed and cute student who looks up to the professor. But Shaw never intended this to be a pulp romance-like older experienced man-young innocent girl love story. Even though the story is about educating Eliza into the manners and mores of the elite, Shaw’s most endearing character is Eliza’s drunken father, who sees his daughter’s elevation from the streets to a fancy mansion as a way of making money for his booze habit. But when he is turned into a ‘gentleman’ and expected to marry his latest girlfriend, he resents it.

There was always potential for a what-happened-after story— Eliza is required her to make use of her newly acquired skills. Back then, even a woman of refinement may not have had many choices, if she did not choose a marriage of convenience. In today’s world, Eliza would be able to achieve what Shaw could not even have imagined; but he was progressive enough to imagine a time when a woman could decide what she wanted.