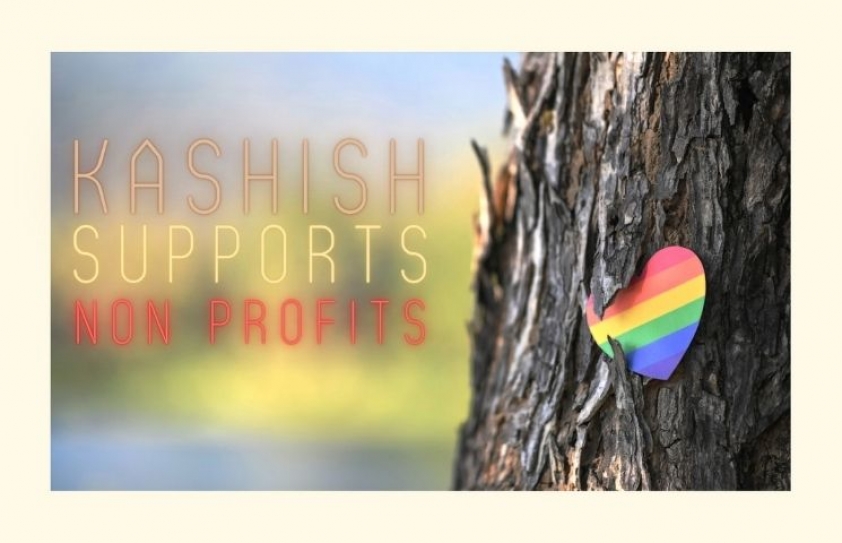 “The very reason we organized the festival this year amidst the pandemic, was to provide relief to the stressed minds of people across the globe to take their mind away from the crisis and watch the best of LGBTQIA+ films from the safety of their own homes.  We also wanted to give back to the community to help them in these times of need, especially the transgender community, which is facing a huge shortage of rations, medicines and shelter," said Festival Director Sridhar Rangayan.

The 11th edition of South Asia’s biggest LGBTQIA+ film festival, KASHISH 2020 Virtual was held successfully from July 22nd to 30th, becoming the first ever Indian film festival to go online with a full slate of new films. It attracted a large audience from both LGBTQ community as well as mainstream audiences - both in India and globally.

The festival had announced that it will offer 60% of money collected through registration to organizations working to provide relief to the LGBTQ community during the pandemic. KASHISH Arts Foundation, that organizes the annual festival has identified five organizations/initiatives across India to offer assistance with is ‘KASHISH We Care Fund’.

Maya Sharma, one of the founders of Vikalp (Women’s Group) Baroda, shared this very warm message, “Thank you KASHISH Arts Foundation for your support, and even more for recognizing the marginalized trans masculine people and their partners. We will use this money for couples who stand up for their love and choices against all odds. Cheers to you guys and our communities. Together we will find words to tell our stories”. 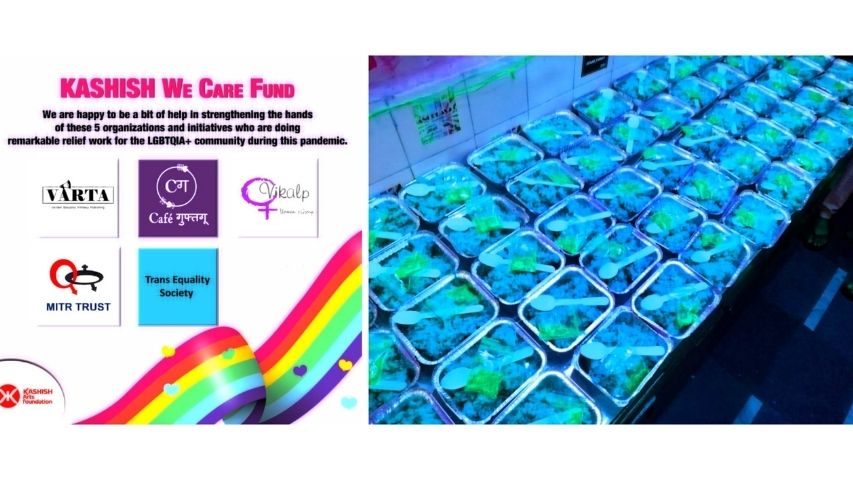 "Receiving this donation from KASHISH Arts Foundation helps us provide 250 nutritious meals packets to the different underprivileged people like daily wage earners, transgenders, sex workers, migrant labours, who have lost their employment or livelihood opportunities due to the pandemic. These meals give a small ray of hope in the life of these innocent people who have become victims of the crisis. Also it will help us to reach closer to our aim of providing 5000 nutritious meals to the needy people in this difficult situation", said Apurva Paithane, one of the founders of Café Guftagu in Mira Bhayander city.

“Heartfelt thanks to KASHISH Arts Foundation! We will utilize your support to provide dry rations, medicines, health services and legal aid access to trans people in North 24 Parganas district, the second most impacted by the pandemic after Kolkata in West Bengal. The Amphan cyclone further devastated the district and full recovery is a long way off. Many trans persons lost their livelihoods in rural and urban areas, including hijras for whom both badhai and chhalla have come to a stop. KASHISH's support coming just around Durga Puja is like a symbol of hope for many of us!”, said Pawan Dhall and Madhuja Nandi, both trustees at Varta Trust, Kolkata.

“The support from the KASHISH Arts Foundation will be used to support the shelter at Mitr Trust - many transgender are homeless in this pandemic - the shelter provides safe place, food and medical support. Also Mitr will support those transgender persons who need immediate medical help, especially who have gone through surgery or any other medical condition”, said Rudrani Chetri, founder of Mitr Trust, a not-for-profit based in Delhi.

Mukunda Mala, an out & proud parent of a trans child and a supporter of Trans Equality Society, Telangana said, “We would like to start paper plate manufacturing business for a group of four members with the donation received from KASHISH Arts Foundation. All these businesses are inter-linked with the hotel business and they can sell things among themselves.”

Apart from helping the LGBTQIA+ communities, KASHISH also helps Indian filmmakers whose films were screened at the annual festival, by facilitating screening of films at film festivals across the world, and also at corporate houses.

KASHISH is now planning its 2021 edition and will soon open its call for film submissions.