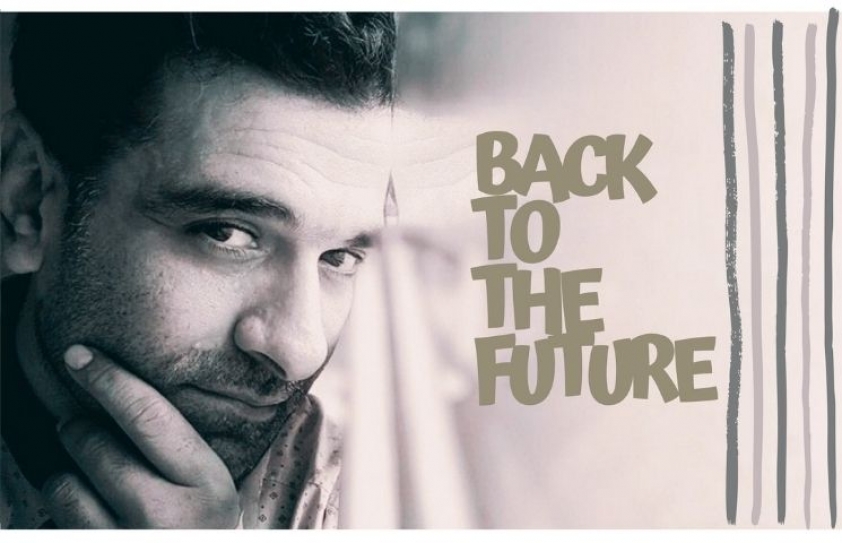 Film historian, Dhruv Somani, in conversation with the charismatic film and TV actor, Eijaz Khan, who wowed viewers with Big Boss 14 and the series City of Dreams

If Shah Rukh Khan was the epitome of romance in Bollywood, he was the king of romance on television in the early 2000s with a spate of hit serials from Balaji Telefilms on his track record. The serials took him forward towards films where his journey faced hiccups. He was a part of some popular films like Maine Dil Tujhko Diya (2002) and the Tanu Weds Manu franchise after which he returned to television with the biggest reality show Big Boss 14.

On Saturday (August 28), he turned 46. Curious to know about the peaks and troughs in his career, I segued into the interview mode with the ever-camera friendly Eijaz Khan.

Where do you hail from and how did you land up in Bombay?

My father actually moved to Bombay from Solapur; he was from VJTI. He got married to my mom who was from Hyderabad. So I was born in Hyderabad and then shifted to Bombay with my father who was working here. I grew up in Chembur and went to Our Lady of Perpetual High School. I also did my civil engineering from Bombay; hence my childhood was spent very much in this city.

How did a civil engineer gravitate towards television to become the No. 1 actor of Balaji?

I had started performing in adaptations of Broadway musicals as a dancer in school itself. But since I was inclined towards engineering, I pursued my studies simultaneously. The professional dance show took care of my pager bills and my bike fuel. I was noticed and called by Zarina Screwvala (Mehta at that time) for a Shah Rukh Khan concert at the Wembley Stadium in London. Ganesh Hegde choreographed the show.  Zarina then offered me Sarhadein. Frankly, I was such a terrible actor that she promptly sent me to an acting school.

I started with Balaji by doing small roles but within no time, I was cast in lead parallel roles. My first show as a lead was Koi Dil Mein Hai and Kkusum and Kesar followed. But the best was yet to come.

Kkavyanjali was launched with another lead actor. The serial had all the ingredients of the lavish Dharma productions: big sets, good-looking people, festival scenes, dances and songs. It had a wow factor. All of a sudden, I was informed that I would be playing Kkavya next week. I was dumbstruck, so they killed me in Kkusum and replaced me in Kkavyanjali. 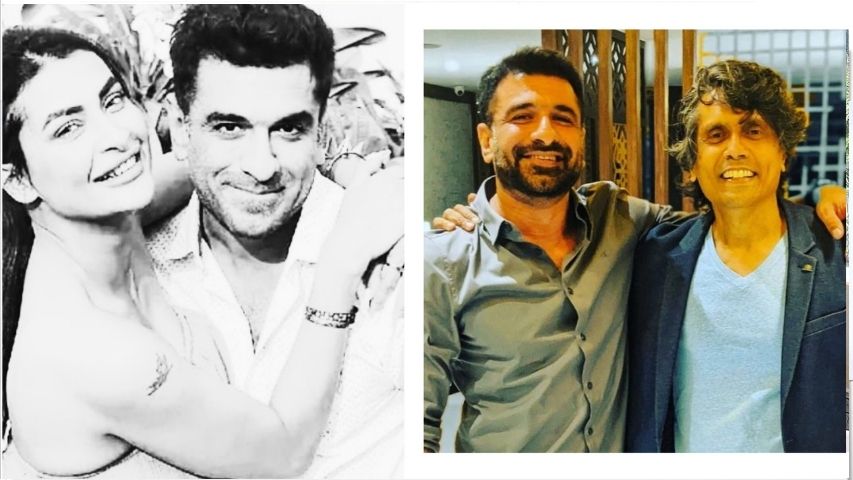 Kkavyanjali indeed became very popular but then why did you suddenly disappear?

Since Kkvyanjali was wrapping up, I went on to play the lead in the series Kyaa Hoga Nimmo Kaa. I also did some popular item numbers like Dilli Ki Sardi in Zameen (2003). By then I had signed a three-film contract with Pritish Nandy Communications. So I did Meerabai Not Out, which was unfortunately delayed in the release. I did another film with them, which didn’t see the light of day. At long last, maverick director Dharmesh Darshan selected me for Bhanwr, which was to be my big ticket to Bollywood. I was out of the television scene for almost three to four years, since film producers advised me not to be seen any more on the small screen.

Bhanwra was such a fantastic film with Manav Gohil, Shweta Salve, Sangita Ghosh and me in the lead. Dharmesh sir is such a mad genius; he is an institution who would share so many anecdotes about his films like Lootere, Mela, Raja Hindustani and Dhadkan with me.

And he would suddenly improvise during the shoots. I recollect a scene where I’m playing the piano and he gave me a random dialogue, “ I am the Great Gatsby.” (Laughs) At that time, I didn't even know who the Great Gatsby was. He really made the film in a warm-hearted way, pampering all actors on the sets. He always said, “If I don’t treat you well, you won’t be able to act well.” I was given the make-up room in YashRaj studios, usually allocated to Shah Rukh Khan sir for the longest time.

For whatever reasons, the release of Bhanwra was stalled. Otherwise my life would have been different today. I hope it’s shown some day on the OTT channels. 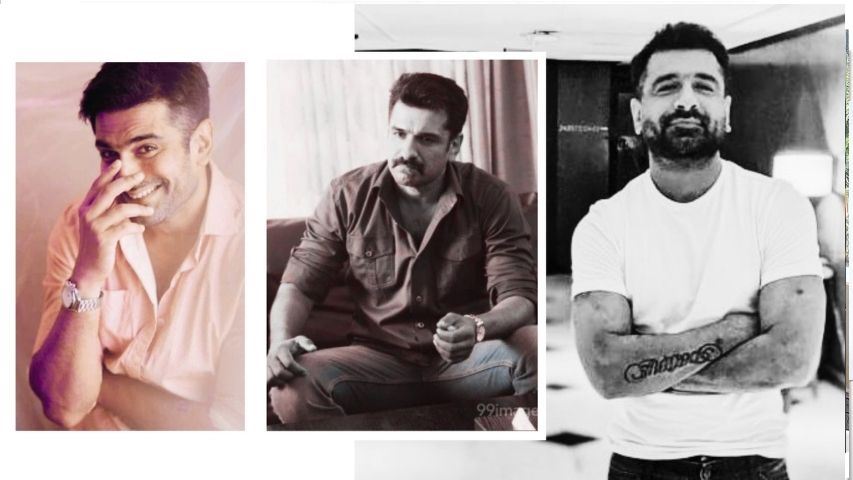 You were the X-factor on Big Boss 14 last year and were expected to emerge among the top 3. Your chemistry with a fellow contestant was the talk of the town.  Why did you leave the show mid-way?

I left Big Boss 14 for a prior commitment. I had already shot for Nagesh Kukunoor’s series City of Dreams in 2019. Forty days of work were still left. Then the lockdown was declared. I kept calling the series’ producers because I was so beefed up physically for the role and still had my moustache, but it didn't seem to be happening. They also didn't know what to do as the lockdown was extended. That's when I was offered Big Boss 14. I thought I was going into a safe space…so why not?

Meanwhile, I had already resumed TV. I did the show Yeh Moh Moh Ke Dhaagey, in which I enacted a 45-year-old sarpanch of a village in Gujarat. I transformed myself - changed my body language completely for almost three weeks for the shoot in Gujarat. To be honest, Bigg Boss is one of the most-watched shows. I thought it would be the best way to reconnect with the audience, the very thought of participating in it was fun.

It was a tough call to leave the show to fulfill the commitment for City of Dreams. When I left, there were mixed reactions. I did rub a lot of people up the wrong way and I guess some of the viewers were disappointed but I had to stick to my earlier commitment.

My chemistry with Pavitra Punia was appreciated - every year there is a couple that is majorly talked about, last year it was we. She is a fabulous person, a very dear friend; hopefully there will be a natural progression in our relationship.

How closely did you relate to the character of the tough cop, Wasim Khan, in City of Dreams?

The series was the first original to come out on Disney+Hotstar, none of us could guess how it would be received.

Nagesh Kukunoor is an award-winning director and a dream to work with. He absolutely spoiled me. My approach to the first season was like walking on eggshells, it was like getting into a new relationship to find a common ground. Probing a little, pushing the envelope a little, he instilled his faith in me and gave me a lot of creative freedom. I stayed in character, being a method actor. I would become sub-inspector Wasim Khan as soon as I stepped out of my vanity van.

I could draw parallels between Wasim Khan and my real life. It was as if the cop and the actor within me were determined to regain their lost glory. The role was of an encounter specialist who was once on top of his game. Now, he is given a chance to prove his grit, his capabilities as a police officer again. The personal aspect of my life helped me to add layers to the portrayal of Wasim Khan. Believe me, this role has been the closest to my heart.

With Season 2, I think we have raised the bar. Nagesh sir just told me one thing, just be as honest as you are.  I gave everything to the part and also sacrificed a lot for it. I feel so grateful to have drawn so much love and appreciation from the viewers. 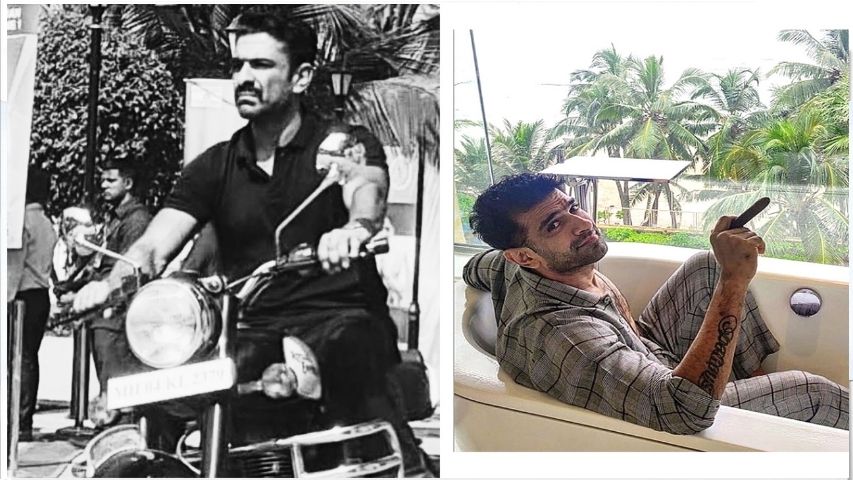 What’s coming up in the future?

I am keen on doing a dance show some day. I love dancing and I am most comfortable on the stage. There are talks for some big projects but as you know, I can't talk about them till they’re confirmed. I'm keeping my fingers crossed.

There is this misconception that you’re unapproachable, not easily accessible. Maybe that's why you lost out on several projects?

I want to do high quality work and the kind of work coming my way certainly falls into that category. I am in the process of picking and choosing since City of Dreams has raised expectations from me.

Yes, there is a general impression that I am not accessible and it’s believed, “Arre usko kaun handle karega?” This misconception may have circulated because I have played a rough and tough guy frequently. I don't even drink yaar. I'm very focused and I give 100 percent to my work.  However I enjoy my privacy, I cannot always be approachable on the sets. As I told you, I am a method actor; I need to be in the zone, I can’t be socializing on the sets. That's how I function.

I can't keep smiling and acknowledging people on the sets. If I did, I would lose focus and break away the momentum of the shoot. I want to do more work for new directors. I know all the casting agents like Mukesh Chhabra and Jogi - they are friends. Now it's up to them to connect with me to the right projects…. After all, they know I exist.

I am on social media because it’s a contact point, though it's very difficult for me to put a slice of my life out there every second day. Yet every actor, big or small, craves love. So social media has been a wonderful outlet to spread and receive love.