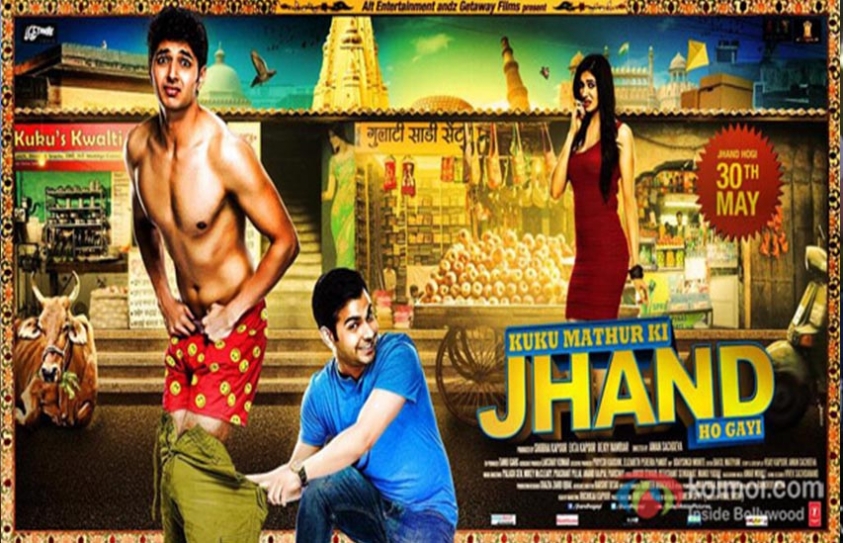 Don’t get too taken in by the posters. The film is not a screwball comedy. There is not much by way of great moments when it comes to friendship or romance. And unlike what the title and groin-clutching hero may suggest, the film stays away from cheap innuendo.

Kuku Mathur Ki Jhand Ho Gayi is one of those films that trumps in one department but lags in others.

The story is about Kuku (Siddharth Gupta), who is plagued by adolescent angst thanks to examination results, fake branded shoes and the ever elusive neighbourhood crush (Simran Kaur Mundi as Mitali). His solace lies with his friend Ronnie Gulati (Ashish Juneja), with whom he guzzles fruit beer in the Gulati family’s sari godown, guarded by an amiable Bihari watchman (Alok Chaturvedi).

Kuku also dreams of running his own restaurant. Yes, the lad is a chef extraordinaire, which comes from years of practice by running a motherless household where he lives with his father and sister. However, a stressful time working with a film unit as a spotboy and a silly, contrived fight with Ronnie has Kuku getting quite resentful.

That is, until his Prabhakar bhaiya (Amit Sial) from Kanpur turns up with a solution as simplistic as it is potentially destructive: don’t get mad, get even. On second thought, scratch ‘potentially’. The vengeful duo does get destructive, leading to a chain of events that are not going to go down a good road.

The movie should get due credit for creating a fantastic middle-class, North Indian ambience in the film, leading to easy identifiability. It is the one aspect that you can easily appreciate, because it shines bright in a film with sluggish pace (despite the brief running time). 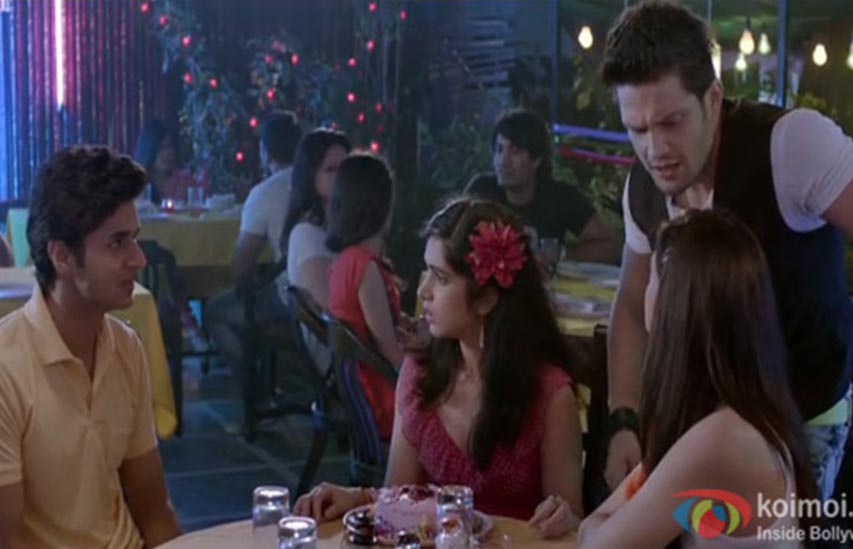 A lot of problem lies in character interactions, which are quite random and do not really take the story forward. Most notable, in this context, is Kuku’s friendship with small-time actress Rosy (Pallavi Batra). Characters look like they are interacting with Kuku in turns, which mean previously introduced characters disappear from the proceedings for a long time.

Prabhakar is introduced very abruptly via Kuku’s voiceover during a particularly tense moment which interrupts the flow of the film. Kuku introduces Ronnie’s character as someone with a gift of the gab. But we only ever see Ronnie using his powers of persuasion very briefly in the beginning. The skill is neither referred to nor utilised later in the film.

There are also strange moments in the film like Kuku discovering a poem on Ronnie and him in his sister’s scrapbook. The scene has zero relevance to the plot, because it has not been handled well. Too much screentime is devoted to Kuku’s unrelated stint as a spotboy, instead of his friendship with Ronnie and his restaurant aspirations, which should have been the main focus. It doesn’t help that Kuku and Ronnie’s relationship and chemistry have little believability.

One particularly irritating scene from that track involves the director explaining his shooting requirements for a desert scene to his assistant and to Kuku.

You don’t feel for the characters either. Prabhakar gives Kuku such bizarre advice; you marvel at how misguided the protagonist must be to even listen to him. Kuku comes across as self-involved, especially in a scene where his sister is confiding in him and he is seeking his own ‘enlight-ment’.

While the fresh faces do what is required of them, it is Amit Sial and Alok Chaturvedi who are the real scene-stealers in the film with their consistent UP and Bihari accents in place. Few actors are able to maintain such vernacular consistency over the course of a film. Brijendra Kala is a good actor who is wasted in the role of a godman (a clear take-off on Nirmal baba).

Kuku Mathur Ki Jhand Ho Gayi could appeal to a North Indian section. It may not have Fukrey’s charm or music, but might work as timepass fare. Still… this is no weekend recommendation.