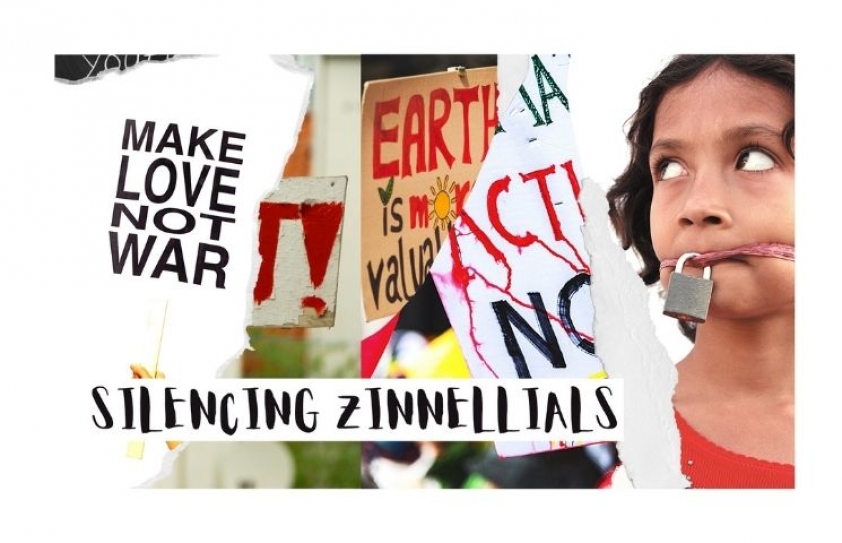 Humra Quraishi expresses anguish at the systematic crushing of dissent among the young generations today.

The political climate is turning murkier and also suffocating. It is stifling and killing, where even free speech and voice of dissent is being curtailed. What sort of governance is this, where cases get slapped on anyone who dares to voice an opinion or expresses anguish!

Activist Disha Ravi’s arrest brings to fore haunting memories of the blatant hounding of the young, the entire winter-spring stretch of 2020, when students of the Jawaharlal Nehru University, Jamia Millia Islamia and Aligarh Muslim University faced police atrocities. Why? Because they cried out against the Citizens Amendment Act (CAA) and against the handling of the violent communal rioting that shook North East Delhi.

The State targeted and attacked unarmed students and scholars as though they were terrorists! Cops were seen not just thrashing, beating and kicking students,  but even hitting several students on their private parts, in full public view! One cannot overlook the fact that in these recent years the State machinery has been steadily intruding upon University campus’. These so-called happenings on the campus of the Hyderabad Central University, Delhi University, Allahabad University, Banaras Hindu University and Jadavpur University pointed clearly to the fact that the State machinery was used to sabotage rebellion of all kinds.

In Spring 2016, when chaos erupted on the Jawaharlal Nehru University campus and several student leaders were targeted, Umar Khalid’s name  had also come up. The very first day we heard the then Home Minister of India, Rajnath Singh, come up with a bunch of theories around Umar Khalid  having travelled to Pakistan as part of terror activities. The next day, when  it emerged that Umar Khalid  couldn’t  have  travelled to  Pakistan  as he did not possess a passport, there came no apology from the establishment but yet another bizarre twist to that tale. A new destination was added to the tale that the Leftist, Umar Khalid, had travelled to Nagpur as a courier boy for Naxals! Mind you, if Khalid had turned out to be a practising Musalmaan his name would have been linked to SIMI or Al-Qaeda or even ISIS!

And throughout the summer and autumn of the year 2017, there was anarchy on the campus of the Banaras Hindu University. Not very different from what took place at Ramjas College campus of the Delhi University. Students were hounded for speaking against the political mafia. Protesting voices were throttled. Academic mahaul was wrecked if not destroyed. Sheer muscle power prevailed. Goons had entered right into the university campus. No, nothing happened to them, they went scott free.

And in the month of February 2019, it had become obvious that Right-Wing factions wanted to create ‘mischief’ on the campus of the Aligarh Muslim University. Having failed in their earlier demands to open an RSS shakha and also a mandir on the university campus, they choose another alibi. On grounds of alleged misbehaviour with the staff of a Godi television channel on the university campus, 14 students of this university were booked for sedition and charged! Later the charges were dropped but only after much damage was done. 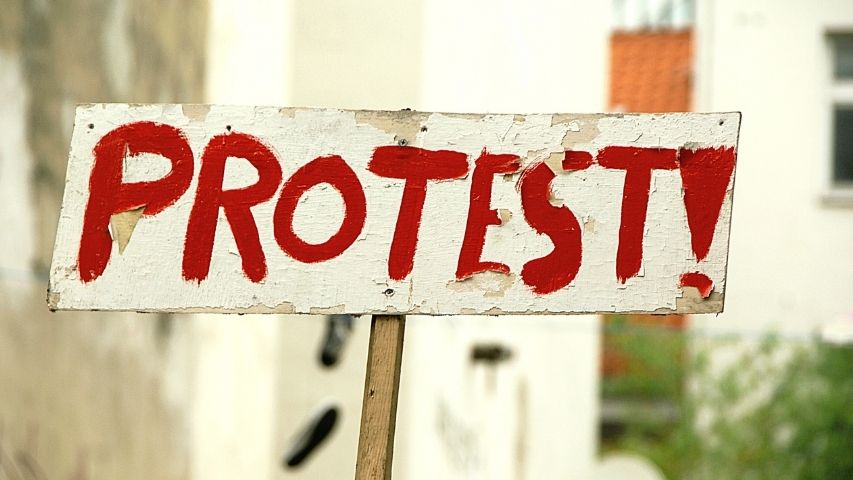 The University students that I have been meeting and interacting with, told me that many of them were detained for questioning on grounds of mere suspicion. Once their names are put on the records, they start their journey towards another hell! Every time a crime is committed in the area surrounding their campus’ or for that matter, even in the adjoining areas, they are the first to be rounded up for questioning.

They are cautious; they don’t get into arguments with  followers of Hindutva. Why? “Because it then gets easier for the police to apply anti-national charges with a ‘terror angle’ upon them!” They pointed out to me that for the cops there could a hundred definitions of terror and terrorism and terrorists! They were also worried about the ‘disappearance’ of the JNU student, Najeeb Ahmad, who has been ‘missing’ for the past several months, after he had heated arguments with Right-Wing students on the campus.

Is free speech or thought or even dissent to be controlled by Right-Wing dictates? Why has this trend been accelerating from 2014 onwards, ever-since the BJP has come to power? Have the planners and police-wallahs pondered on the repercussions of muzzling the voice of the young and also of the not-so-young? Are we becoming so weak that non-Hindutva opinions or views will not be tolerated and will get crushed? Tell me, how do I express my disgust or anger!

These last few years have been very traumatic to say the least. And what lies ahead could pave the way for more grief - with detentions and arrests becoming so regular. Only two options hold out: Either be silent and listen to the offensive media tell you lies repeatedly, or get ready to face the consequences and dissent whenever you get the platform or opportunity to do so. The choice is yours.

Meanwhile Valentines Day just went by – ironically in acutely polarised times that have given birth to an absurdity like Love Jihad.

This verse of Ghalib’s comes to mind; from Hasan Abdullah’s volume ‘The Evolution of  Ghalib’ (Rupa):

The affairs of nightingale make flowers go on chuckling/That what people perceive as love is but quirks of mind//From bonds of love I freed myself a hundred times/But I am helpless, my heart itself is foe of freedom//Now it is me and my craving for gloom and melancholy Ghalib/Feeling warm greeting of worldly people, heart got burnt to ashes.

And I also recall writer Gabriel García Márquez’ piercing sentence for all who believe in love beyond Valentine’s Day: “Sex is the consolation you have when you can't have love.”