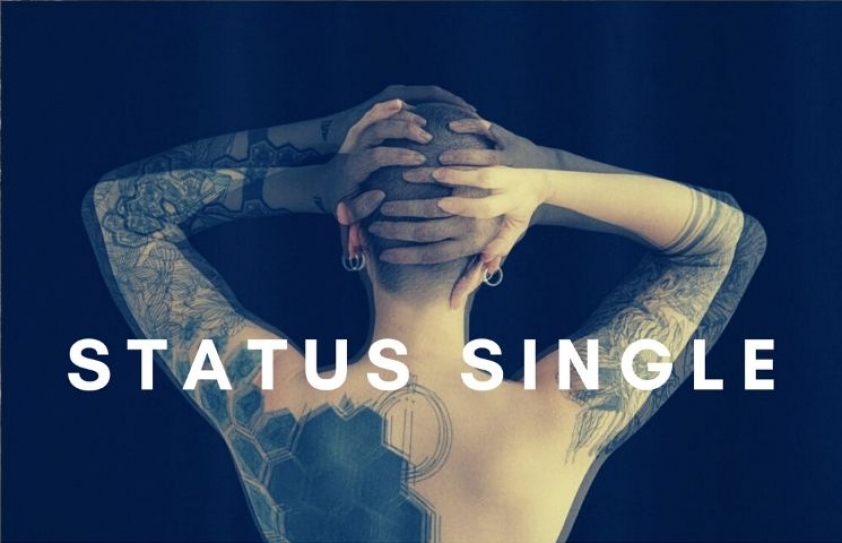 On April 1, 45-year-old auditor, divorcee, Kriva, who quit her last job in December after being harassed for being single, picked on for looking ‘like a patient,’ and for her age, who stays alone with her widowed mother in Hyderabad, wrote in our Whatsapp group, ‘There was an old lady and her son (aged nearly 30) in a small room in the temple behind our apartment. Our balcony faces the temple, so we can get a clear view. The old lady passed away last month. The son stays alone. From yesterday, I’ve been observing that he’s been talking to himself as if he is having an actual conversation and behaving weirdly, trying to pick things from the neighbourhood buildings. The concern here is that the colony kids and women of all ages visit the temple which also houses a park for residents to take evening walks. Is his mental illness not a threat to us?’

Kriva is part of the online single women’s community, Status Single, which I founded two years ago, on the heels of my best-selling work of nonfiction, based on interviews with over 3500 urban middle class, single women, by the same name.

Before anyone could react, another singleton from Maharashtra and also on the same group, who lives alone, confessed, ‘I’m also feeling very sad since I stay by myself in a sprawling home. I lost my mother recently, and I fear that I could die alone. Sometimes, it gets to you, as in these challenging times, there’s no single human to even talk to.’

I immediately grabbed the phone.

I was a little over one, when my biological father pulled the trigger on himself. I didn’t know why or who he really was, until I turned 16, and a day before my ICSE Board exams when my mother’s cousin brother who was visiting us, blurted out the word, ‘suicide.’

I have lived under its perilous shadows practically all my adult life. And, also battled clinical depression in 2015, that came on, inexplicably and virulently, the same time as my debilitating autoimmune disorder, Fibromyalgia.

When it surfaced, it catapulting me into a rollercoaster of late-night hospital visits, tiresome OPD appointments and lying motionless under the grim neon of an overcrowded Emergency ward. My insides reeked of antiseptic. I felt nothing.

And yet, as I learnt then, I could smell fear.

‘I work as a content strategist in a US publication house and have lived alone in Gurgaon since 2016. I suffered my first panic attack after one and half years today and called my father in Kolkata, breaking down and weeping like a child in pain. I complained how I see no humans and how apocalyptic this feels – deserted streets. The prolonged lockdown has also affected my normal routine and triggered in me, my depression. My anxiety often leads me to creative outbreaks; I cook, write or paint. I baked an elaborate cake last night. But, all I really want, is to go back home to my parents and younger sister… what if I die… my dead body also won’t be discovered, till it probably rots…’

It took me a while before I could piece together the seething testimonial of 33-year-old Sutanuka Sarkar, who as our conversation lingered, opens up on how she was constantly sad post a bitter breakup in 2016-17, until her father’s heart surgeon friend made sense of her frequent panic attacks that spun out of gear when life in the hard, cold national capital, which is where she relocated for professional reasons soon after, with its resultant financial struggles, workplace adjustments and gnawing loneliness, left her literally gasping for air. 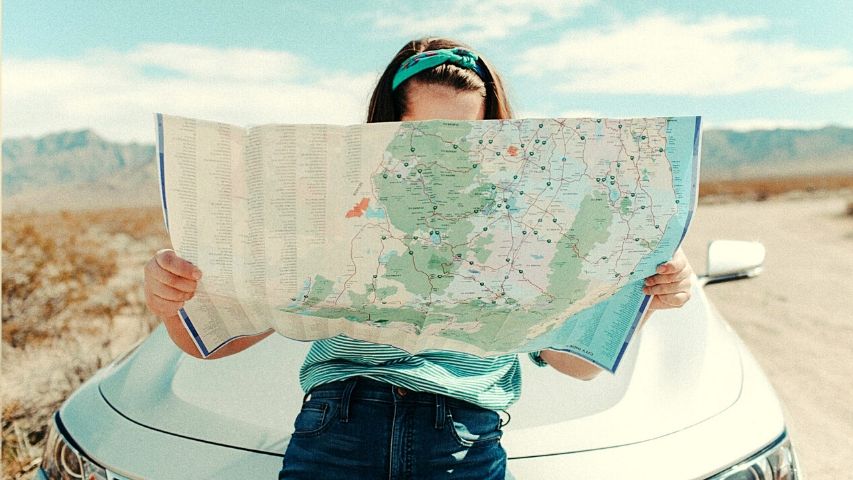 ‘I’ve been anxiety free since the middle of 2019, working out, walking for 6 kms and having quit smoking,’ wearily adds Sutanuka post her meltdown, on whom labels like ‘hyper active (monkey) mind,’ ‘oversensitive,’ ‘empath,’ have since been stuck.

‘You know Shree… it’s like carrying a corpse on your back… slowly, the body starts to decompose and the stench spreads far and wide… and then, you see people fading away from your life… as if you are tied to a ticking time bomb,’ she weakly resumes, after a lengthy pause and after I have asked her pointedly on whether she has a history of depression.

Indian men, spending less than an hour on an average, do the same. Globally, women perform 76.2% of total hours of unpaid care work.

According to UNESCO, 300 million children are missing school globally due to the current virus outbreak, escalating the responsibilities of women.

According to “Time To Care”, a report by Oxfam, women and girls spend 3.26 billion hours of unpaid care work daily, making a contribution to the Indian economy of 19 lakh crore annually and equivalent to twenty times the entire education budget of India. Lockdowns and self-quarantine measures have accelerated women’s workload, as we are now homebound for longer spells with increased burdens of caregiving.

‘As a single parent, I juggle parenting and being a single breadwinner on a daily basis. It’s a tough balance to maintain but in the lockdown, it’s become worse. First, financial stability is shaken. I am a solopreneur and work as an independent consultant. So there is no pay cheque coming in at the end of the month. If I don’t work, I don’t get paid. I chose this path because it gives me more time to spend with my baby boy,’ pensively pauses 38-year-old Supriya Jain, in Bangalore, whose husband passed away in 2015.

‘With clients cutting down spends; I’ve seen my retainers being put on pause and some projects outright cancelled. I woke up to two thousand rupees in my account at the beginning of this month! Some savings I had in mutual funds were also wiped out because of the market crash, almost at the same time. The prospect of not being able to generate an income or use up all my savings scares me. Having never depended on anyone for my financial needs, I don’t want to take that obligation,’ she resumes.

‘The evening, the lockdown was announced; I packed and moved in with my folks, temporarily. The next morning, I had to rush over to pick up essentials, as my elderly parents had not dared to compete with the crowds at the stores to stock up. My first encounter that morning proved to me that as a country we need awareness and acceptance of single women! I was stopped by a whole bunch of cops and was given a very nasty talk by a lady police! Her argument was that I should be at home and send the men out to do the shopping. Trying to explain to her that I’m a single woman taking care of elderly parents and children was not met with any regard, leave alone empathy. So I just rolled up the windows and drove on as they continued to yell at me asking me not to roam around and go back home! This is the common reaction by society by and large to single women,’ recounts 39-year-old, single mother Susan Timothy, counsellor and also co founder/Pastor at Life In Grace Ministeries. 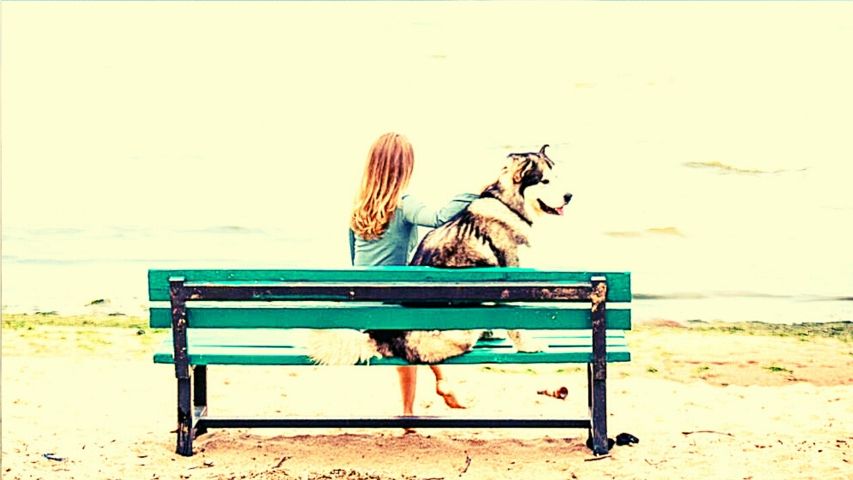 ‘I got a call of supposed care and concern from an elder from the Christian community. He quickly started lecturing me about how I should not be a burden to my folks. Somehow, this is another misconception! In this lockdown period, I’ve been taking care of my home and my parent’s home with no support from my brothers!’

‘The Covid-19 pandemic has managed to turn my well-ordered life upside down. My domestic support staff having been debarred overnight, I am now cooking, cleaning and doing 12 hours of office work (from home),’ admits 53-year-old, childless widow Sreela Dasgupta, who heads Disability and Neurodiversity Unit at one of the TATA group companies (TCS).

‘I live on my own in a rented three-bedroom apartment near the office. I have good days and bad days – the former requires support of crutches, and the latter, a wheelchair. Two, part-time domestic goddesses keep my house spotless and me well fed. I own a modest car and have a driver who is my Man Friday – he does my shopping, my bank work and pushes my wheelchair to malls, the movies, the parlour, art exhibitions, seminars, the airport – for I travel at least twice a month – nationally or internationally. I am 53. I have had a fairly healthy sex life too - I had decided long ago that I would not get into another relationship – and no man has yet been able to challenge that decision,’ says Sreela.

She added gutsily, ‘82% people acquire disability. I am one of them. I have a partial mobility disability since 2010 as a by-product of an autoimmune disease Lupus; I was diagnosed with in 2005. I was once married to the love of my life who turned alcoholic about five years into the marriage. I was never physically abused, but he was depressed with a mild persecution complex and till we parted ways in 2003, I did not realize that I was holding my breath beneath the water surface of emotional abuse for years on end. I embraced my freedom and single life with open arms. I had thankfully never given up working – so I changed jobs and moved back from Jaipur to Delhi. Life had more in store for me – my years of being in a traumatic marriage triggered off my autoimmune disease which sent me to hospital for 6 months. There were days when I wasn’t sure if I would make it. The same year, my husband died in a tragic accident just as I was initiating divorce proceedings. It was not the closure to my relationship I would have chosen.’

While speaking to me, Sreela mentions in passing, how these days, she informs her watchman before entering the bathroom.