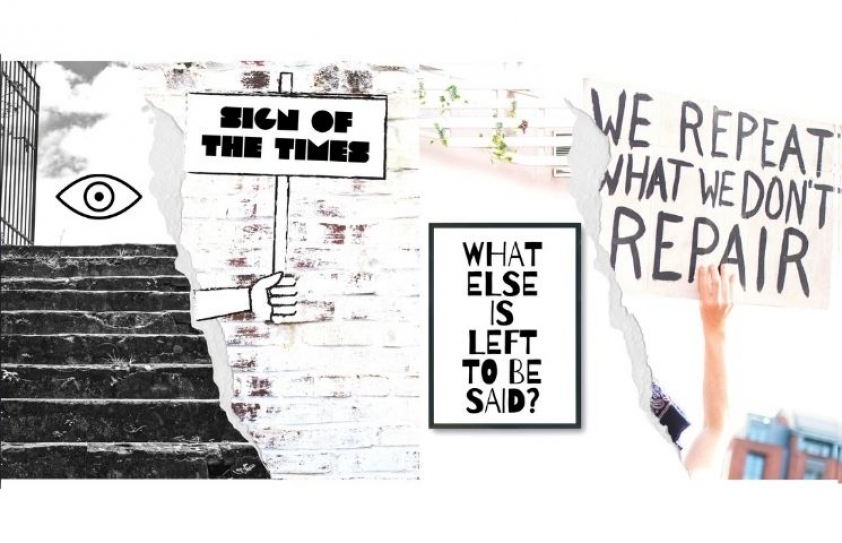 Humra Quraishi discusses the state of eternal damnation, which those who are released after having spent years of imprisonment under false charges, remain in.

Supposedly it’s Spring time here in North India, but where’s the bahaar? Nowhere! There’s distress, in and around. Price rise is affecting thousands. Not to be overlooked either is the rising crimes against women. Yes, if we are done and over with Alice in Wonderland tea parties on the just  passed by International Women’s Day 2021, it’s time to look at the dark chilling details of rapes taking place.

As a young girl  I have  travelled through Uttar Pradesh’s Hathras, Meerut,  Unnao, Kanpur, Jhansi, Bulandshahr, Moradabad and Bareilly. In fact, all  possible towns and cities and qasbahs of Uttar Pradesh, as my engineer father loved to travel and  invariably my  mother and  siblings and I would accompany him. Mind you, in the 1960s and 70s, there was hardly any fear of the mafia – of violence upon young girls.

Today, violence is spreading out to such an extent that no woman feels safe! Yet, in the midst of horrifying crimes, the just-passed day for women was celebrated by the people of Uttar Pradesh. There couldn’t be a bigger farce! Couldn’t be a more biting slap on my face – a woman from Uttar Pradesh!

And, while talking about violence, another reality surfaces in the mind. A few years ago, after viewing the late Shubhradeep Chakravorty’s documentary ‘After The Storm’, it got more than writ large that innocents do get framed, and with that their lives are ruined.

The seven young men - Mukhtar Ahmed, Md. Fassiuddin Ahmed, Umar Farooque, Moutasim Billah, Harith Ansari, Md. Musarrat Hussain ‘Bobby’ and Shaikh Abdul Kaleem – on whom the focus of  this documentary was,  were imprisoned on false charges till they were eventually acquitted by the courts. They were released but each one of them was finding it very difficult to survive. No compensation, no apology from the establishment;  for  destroying  their  lives, as well of that  of  their  families. 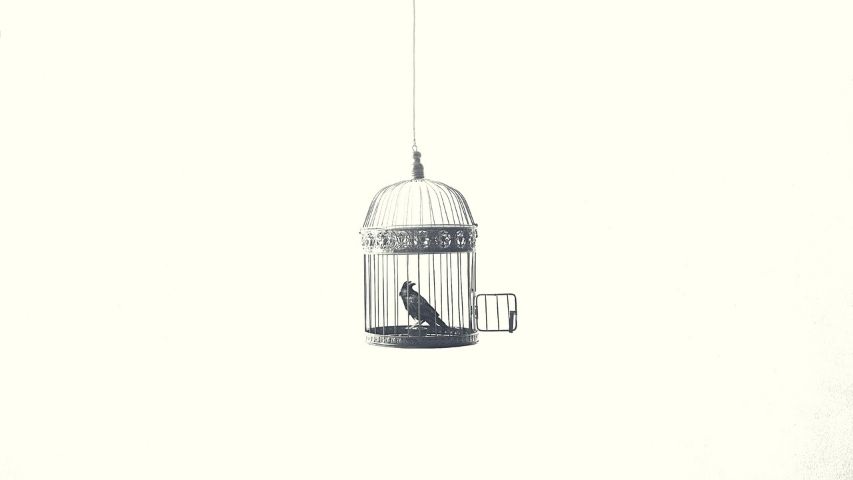 In fact, Chakravorty had told me that these seven men were amongst the hundreds arrested, falsely implicated with bogus charges. He told me that young men can be detained, if not arrested, by the police on the flimsiest of charges - at times even without a charge and on mere suspicion or to create an atmosphere of fear. And even when acquitted, they are ruined and devastated for the times to come. With nobody even bothered to ask the question: What happens to the lives and livelihood of innocent men, imprisoned for so many years? From the many such examples that are there, I’m putting forth these absolutely glaring ones:

In 2019, the Rajasthan High Court acquitted six lifers while upholding the death sentence to one and the life term to another - in the 23-year-old case of a bomb blast in a bus at Samleti in Dausa district, in which 14 persons were killed. The six lifers who were set free by a Jaipur bench of the High Court included five J&K natives - Javed Khan, Latif Ahmed, Mohammad Ali Bhatt, Mirza Nissar Hussain and Abdul Ghani. The sixth acquitted, Rais Beg, was from Agra in Uttar Pradesh. The court acquitted them, ruling that the prosecution failed to prove their links with the conspiracy of the blast.

In the Spring of 2017, two innocents and one ‘half-innocent’ man walked out free from the confines of the Tihar Jail, after twelve long years of imprisonment. Not a word of apology, no compensation from the State to these three men, Hussain Fazili, Rafiq Shah and Tariq Ahmad Dar. They were arrested on charges of plotting and carrying out terror strikes in New Delhi in 2005. But those charges were proved baseless as the Delhi court said the police “miserably failed” to prove the charges that were levelled against them. Of the three accused of plotting and also carrying out the terror strikes, two of them, Hussain Fazili and Rafiq Shah, were acquitted of all charges.

Tariq Ahmad Dar, who the police claimed was the alleged mastermind, could not be convicted of conspiracy in the absence of evidence. The court stated, “Even though no charge was framed against Dar for the offences under sections 38 and 39 of Unlawful Activities Prevention Act (UAPA), the ingredients of the offences (38 and 39 UAPA) are very much made out - hence for the reasons recorded above, Dar is found guilty of the offences under section 38 and 39 of UAPA. However, Dar will walk free since he has already served two years more than the 10-year-prison term awarded to him.” 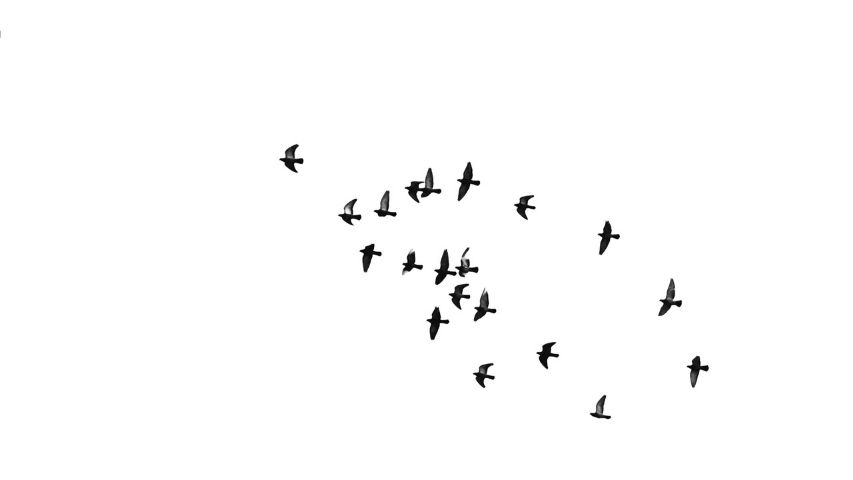 And now more recently, in the first week of March 2021, news reports were splashed in all the national dailies, that the Chief Judicial Magistrate court in Surat acquitted all the 127 accused booked under the Unlawful Activities (Prevention) Act in 2001, for participating in a meeting allegedly organised to promote the banned Students’ Islamic Movement of India (SIMI), saying the evidence against them was “not reliable or satisfactory enough”.

To quote from a news report: “Of the 127, 111 were present in court on Saturday. Seven are dead, five are in jail on other charges, while four are bedridden. Almost all of them spent 10 months to one year in jail, subsequently getting bail from the Gujarat High Court”.

The State did not dismiss nor punish those police officers who implicated these men. Not to be overlooked is this basic factor – ‘those implicated were providers or potential providers for their families before they were arrested and made to sit imprisoned’. What now? What happens to them and their families? Who will provide for them?

Reading, rather re- reading, Sahir Ludhianvi’s verse from ‘Anthems of Resistance’ (Roli Books/IndiaInk) - apt time to focus on his absolutely striking lines on tyranny:

Tyranny is but tyranny; when it grows, it is vanquished/Blood however is blood; if it spills, it will congeal//It will congeal on the desert sands, on the murderer’s hands/On the brow of justice, and on chained feet/On the unjust sword, on the sacrificial body//Blood is blood, if it spills, it takes root//Let them hide all they want, skulk in their lairs/The tracks of spilled blood will point out the executioners’ abode//Let conspiracies shroud the truth with darkness/Each drop of blood will march out, holding aloft a lamp/That blood which you wished to bury in the killing fields/Has risen today in the streets and courts/Somewhere as a flame, somewhere as a slogan, somewhere else as a flung stone//When blood flows, bayonets cannot contain it/When it raises its defiant head, laws will not restrain it//Tyranny has no caste, no community, no status nor dignity/Tyranny is simply tyranny; from its beginning to its end//Blood however is blood; it becomes a hundred things/Shapes that cannot be obliterated/Flames that can never be extinguished/Chants that will not be suppressed.