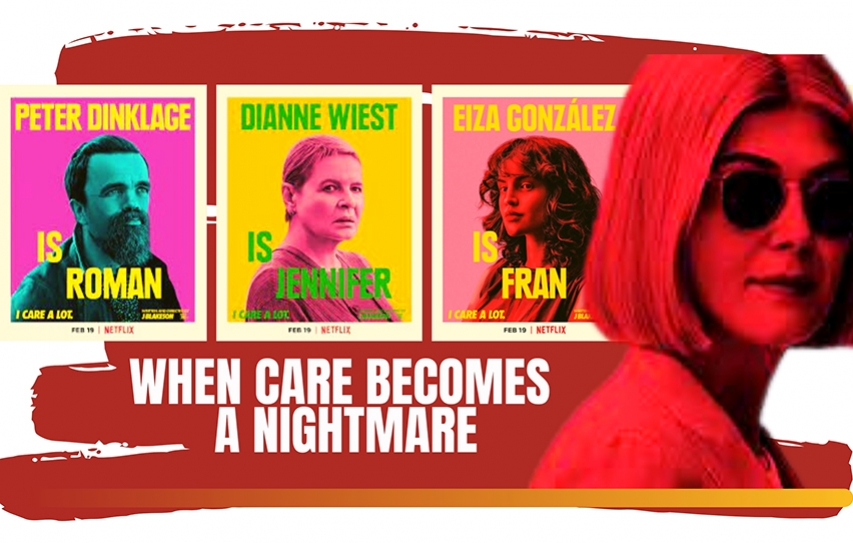 When care becomes a nightmare…

That tagline of concern  ‘take care’ will no longer sound that innocent or benign hereafter. Interlaced with moments of dark comedy and powered by a chilling performance from Rosamund Pike the film ‘I care a lot’ directed by J. Blakeson keeps one engaged despite occasional energy dips. Rosamund Pike dons the persona of an icy, diabolical professional oozing a tough macho femininity pitted against the diminutive figure of Pinklage whose cold calm does not deliver always.

The film unearths the vicious possibilities in caring for the rich and the elderly. Marla Grayson is a court appointed caregiver who also takes care to become the legal guardian of the rich, the aged and the infirm. Sharp and lethal in her every calculated move, she is out to win over a system beating it at its own capitalist game - where Mammon calls the shots.

And she will remind us of Monsieur Verdoux conceived by Chaplin a long way back. But Marla is unapologetic, shrewd and proud of her cunning intelligence. She is at once a prey and a predator and tries to control the narrative at every point - she drills it in, “I don’t intend to lose”. Success is her motto and she knows it will justify every crime of hers in the larger American dream. Her quarry has so far been the gullible and the helpless and she is aided in her game by the entire system. Ironically by its crooks and angels with equal aplomb. 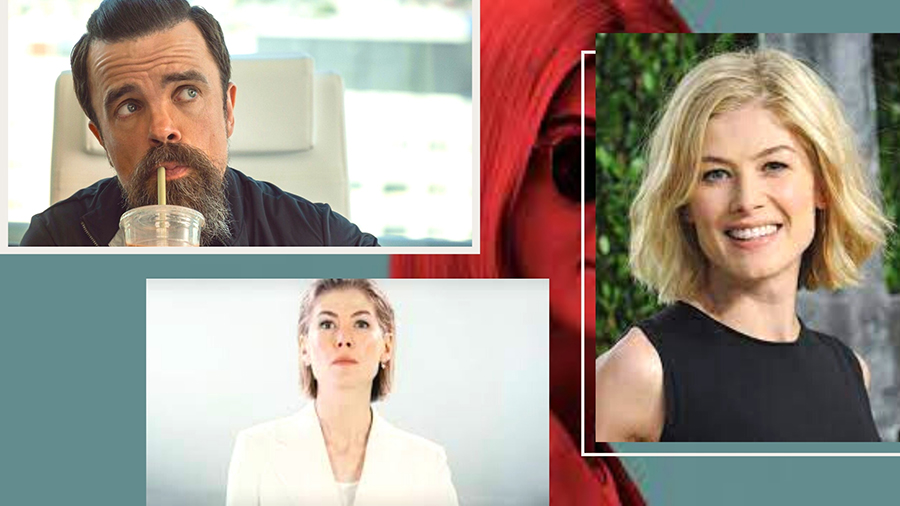 But her latest victim has a rather unpleasant surprise in store. Jennifer Peterson torpedoes her plans, throwing up some uneasy gangster, links and a messy underworld past. Marla and her woman lover see red but do not back out. What follows is a cat and mouse game till both shake hands to morph into one sleek deadly panther of a caregiver. Sprouting philanthropic firms with a whole set of CEOs and PRs all over the world and burgeoning into a mind-boggling mammoth corporate conglomerate, leaking the bank account of millions around the world.

The film for all aesthetic and political purposes should have stopped right there leaving the rest of the story to be imagined and finished in the spectator’s mind. But the old moralistic fervor pipes up killing the enigma of ambiguity. I don’t want to give away the story but have to note my disappointment at the inability of the script to imagine a more ethically challenging and provocative turn. Also there is the intriguing subtext of conflict of sexualities, with a lesbian pair pitted against a male chauvinistic antagonism playing out the subtle prejudices of a morality play. 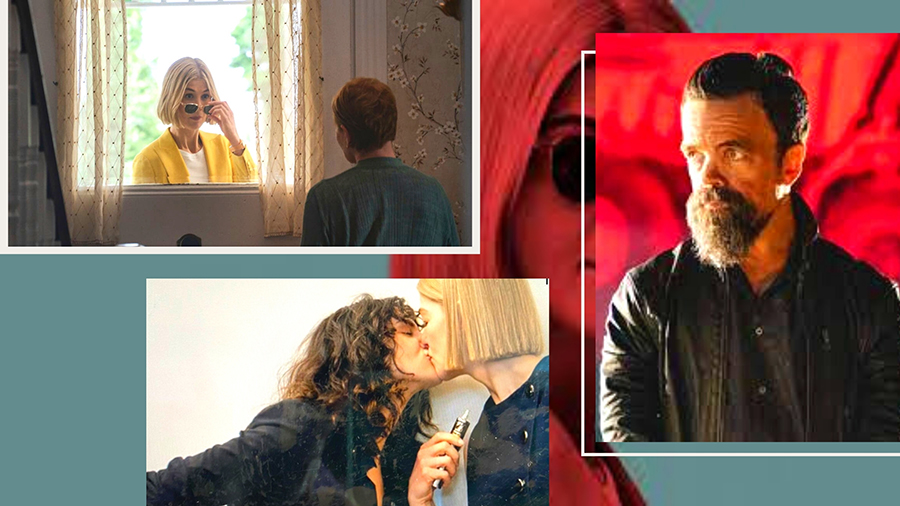 With all the charisma built around the austere, clinically ruthless and savage Marla, the femme fatale still needs to be put in her place. Just to show perhaps that the film has its heart in the right place. But the fault lines show up many jumbled layers and unresolved issues.

Still the film is interesting for its portrayal of different female players made possible within the capitalistic greed raising larger ethical questions. And if the young and driven Marla is not an angel, the old, vulnerable Jennifer is no Saint either. Therein lies the terror of it all… it is a level playing ground for all degrees of selfish evil. So whence the Nemesis if you want one? If the fair is foul and foul is fair, why are only some villainized and punishable? Watch the film…