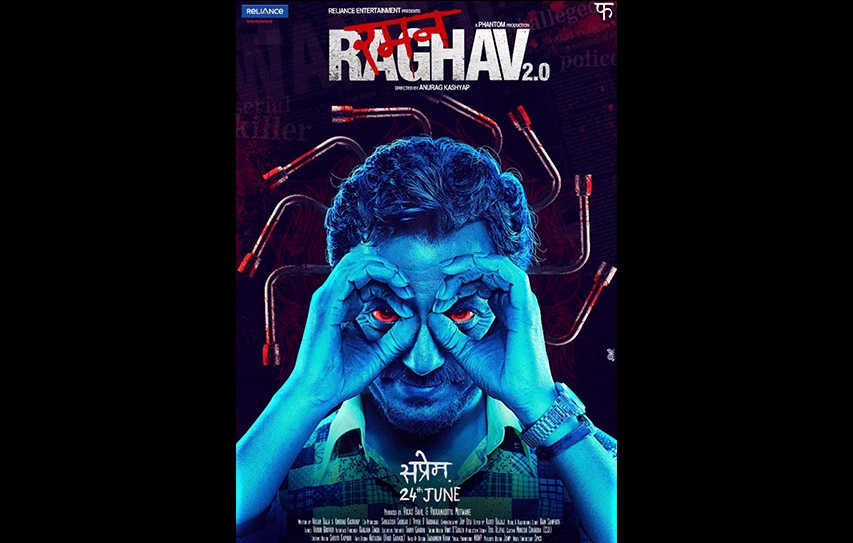 The Kashyap-verse is populated with unlikeable characters, slums and a lot of subtance-induced rage. It sets the mood for a serial killer film without the expected pacing. Raman Raghav 2.0 is not a who/how/whydunnit. The lattermost explanation would have been good for character-building purposes yet what we get are depraved beings without motivation.

Sindhi Dalwai/Ramanna (Nawazuddin Siddiqui) does not need any. He had psychotic tendencies from his childhood, revealed in casual insouciance during a one-sided banter with his sister Laxmi's (Amruta Subhash) terrorised family. It reveals as much about him as it does about the darker secrets lurking under the surface of a banal family unit, in sparse details.

Ramanna styles himself on Raman Raghav's modus operandi, but unlike the real serial killer with 41 kills, our onscreen brute managed nine murders in two-and-a-half years. He is happy, doing what he does best. Murdering the vulnerable. At least he has a purpose in life, however vaguely explained towards the end that his rationale is pure, unlike the religious and political hatred that fuels others' need to kill.

Without this moral clarity, ACP Raghavendra Singh Ubbi (Vicky Kaushal) flounders in flashy discotheques. He functions only when coked up (in a crime scene too, a notable moment) and has an unflappable girlfriend in Smrutika Naidu/Simmy (Sobhita Dhulipala), who gives him her apartment and her patience. A love interest like hers comes not often, but Raghav would rather wave his gun around, refuse to use protection during their passionless consummation and threaten to abort their unborn child, fourth one in a row if she conceives. Through his mood swings, she listens unblinking and even gets up mid-rant to answer her family's call. Simmy chides her father for sipping beer but is not above enabling Raghav's drug-use (not that her intervention would have a favourable outcome). 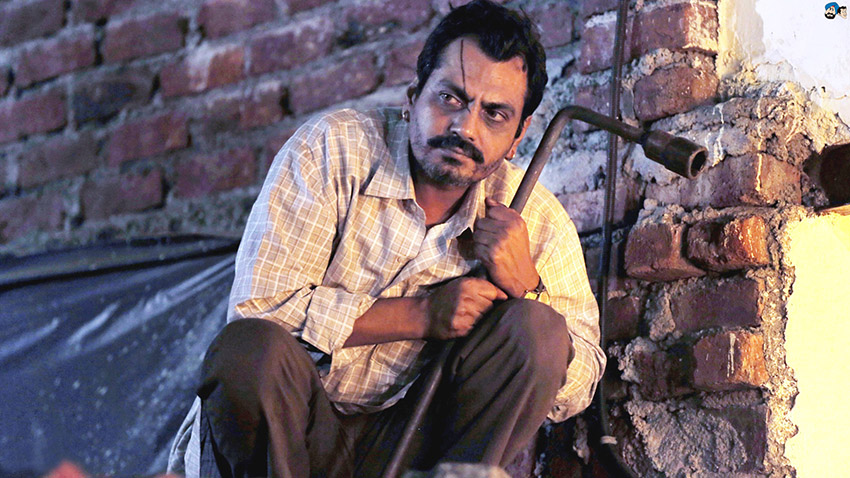 Raghav has to walk around with dark shades at all hours and in all locations. God forbid someone spot those hazy, reddened eyes. For his own part, Ramanna believes he is God's own CCTV camera. His eyes see all, unencumbered by shades, through his fingers, shaped like make-believe binoculars. There is a method to his madness. When he needs to acquire a suitably bent iron rod for the murders, he uses deceit and sheer aggressive stubbornness. He also goes off to the deeper end of lunacy when he needs to quarrel over a bill at an eatery. Both scenes are a homage to Sriram Raghavan's unreleased Raman Raghav and the actual details in the case file, though something about Raghubir Yadav's feral belligerence took the original scenes a notch higher.

Ramanna and Raghav's confrontations with their respective families seek to be the only striking scenes as background glimpses. In their absence, the film hits an even-tone of murder and heated conversations. Raghav unravels, proving himself to be the other side of a coin along with Ramanna, but that journey is less compelling since he is an unlikeable character to begin with. Raman Raghav 2.0 does not urge you to sympathise with either man. One just happens to be more at ease with his inner demons. There is no redemption arc either.

The film hits a consistently bleak-tone, without an even thriller pace. There are no personal stakes or anyone to root for, putting the viewer through the motions of skull-bashing violence because this is how the characters must be. They do not know how else to act.

Raman Raghav 2.0 had a promising start but runs out of steam, especially in the second half. Nawazuddin Siddiqui is a fiery killer while Vicky Kaushal broods with an unquiet intensity. Yet, both leading men are not strong enough pillars to uphold the entire film. Raman Raghav 2.0 is for Anurag Kashyap fans only. Those expecting an entertaining, gritty thriller will be disappointed.