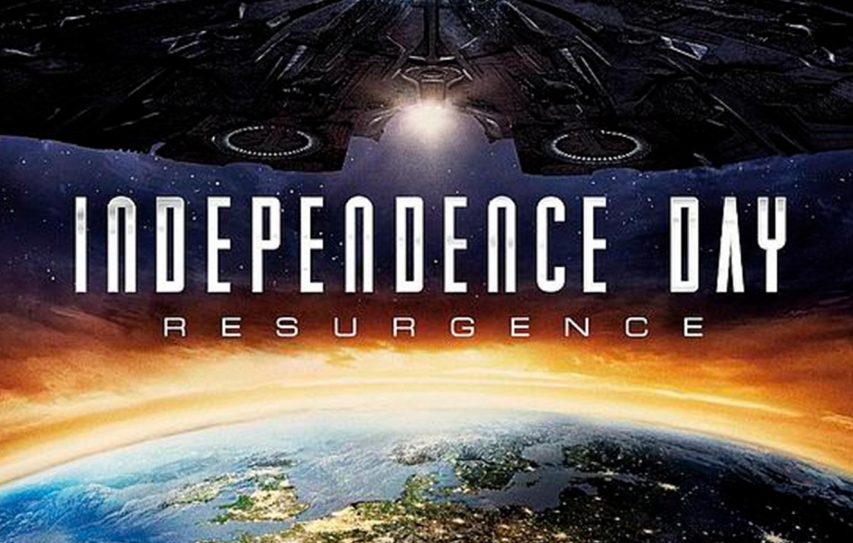 The aliens are back. They are determined to drain the Earth of its natural resources, though considering they are a superior life form, they should know that their work is already cut out for them. A lot can change in twenty years, though it seems that our planet becomes the perfect utopian society with absolute world cooperation and advanced technology by combining human resources with what the aliens left behind. The War of '96 has a martyrs' memorial. Things are so much simpler if there is an external enemy to unite against. So world peace comes easy, if by the world you mean the United States.

There are token racial representations amidst the young blood of characters, who are members of the elite flight squadron as part of the Earth Space Defense. Lieutenant Jake Morrison (Liam Hemsworth) is the unbelievably attractive Top Gun candidate, who has instead been extracted from that setting and planted in this one, swag intact. He and his friend Charlie Ritter (Travis Tope) are orphans, their parents killed by the invading aliens two decades ago. They worked their way up the ranks and consider Captain Dylan Dubrow-Hiller (Jessie Usher) to be air force royalty, since he hails from the war-hero lineage of his stepfather Captain Steven Hiller (Will Smith, only referenced). 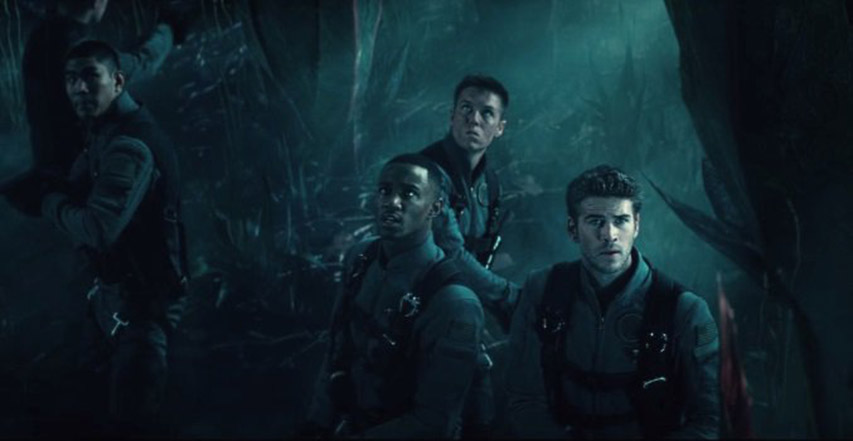 At least Jake has a fiancé in blonde hottie Patricia Whitmore (indie darling Maika Monroe), the daughter of former President Thomas J. Whitmore (Bill Pullman), who languishes in Morristown, Virginia, tormented by flashes of alien invasion and frustrated that his visions are dismissed as delusional babblings. Patricia gave up a career in flying because she would rather look after her old man. Neither stays idle, or grounded, for long since this is not that film. Come to think of it... none of the main characters spend much time on Earth, the territory they are defending. We never see the personal stakes involved of the characters on Earth. The action shuttles so often between the planet and the space stations that it becomes difficult to keep track of who is where.

There is little time for impending doom or the drone of dread to build in the background. The invasion happens without much preamble and everybody suits up for the Armageddon yet again. Everybody is holed up in sanitised control rooms with flashing monitors, watching the Earth destruct. Out of all the characters, only David Levinson (Jeff Goldblum in another terrible sequel post Jurassic Park), now ESD director and his father Julius (Judd Hirsch) hang around in the middle of nowhere and ultimately in a school bus. 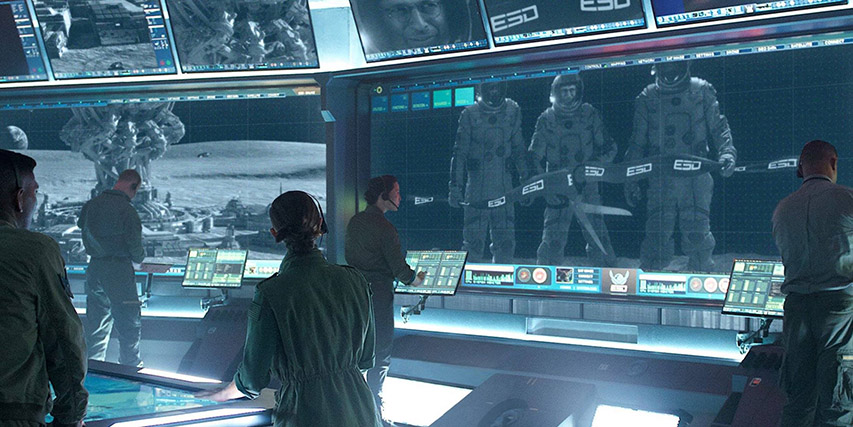 Sure, the old characters are ushered in for nostalgia value but they have little else to do while the newest breed of Earth protectors are cardboard cut-out levels of heroic, devoid of any real reason to make you root for them. There is also a lot of exposition provided by alien artificial intelligence which is cringe-inducing. Prepare for the sequel bait in a unique twist where Amurrica gets ready to strike back, uniting against The Others who will return to take their territory and rob them of their resources. Oh wait...

Independence Day: Resurgence will do little justice to the '96 fun ride. And that one had Will Smith. Unless a better sequel releases, there is no need to revisit an old blockbuster through the lens of a studio-sanctioned sequel.