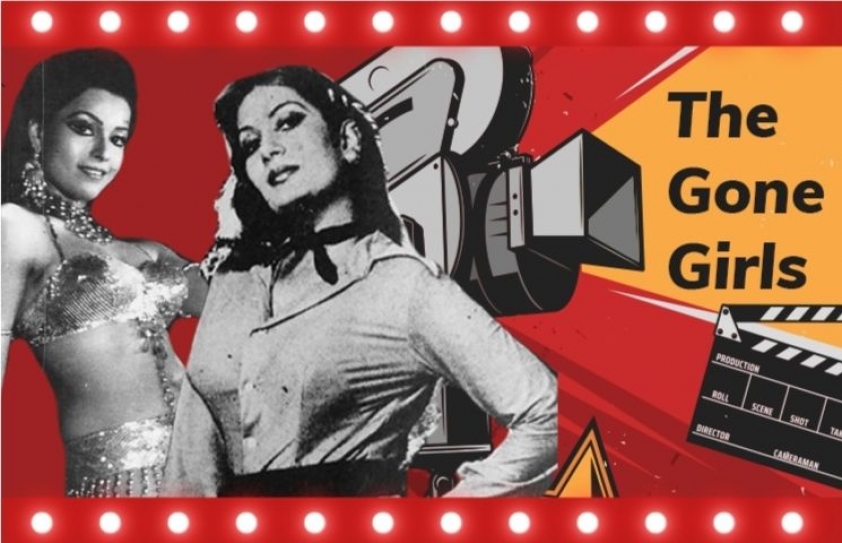 Film historian Dhruv Somani focuses on yesteryear’s gutsy Sheetal and Leena Das, who have vanished into a limbo today.

They never quite made it to the A-list but they were among the most alluring faces of Bollywood in the 1970s and ‘80s.  With the passage of time, they have now chosen to remain aloof and secluded. Believe it or not, they still have a legion of fans though. As for the tabloids, they are clueless about their whereabouts.

Here’s a look back, then, at two of Bollywood’s drama queens who ruled the hearts of the front-benchers, who would clap and wolf whistle whenever they appeared on screen. 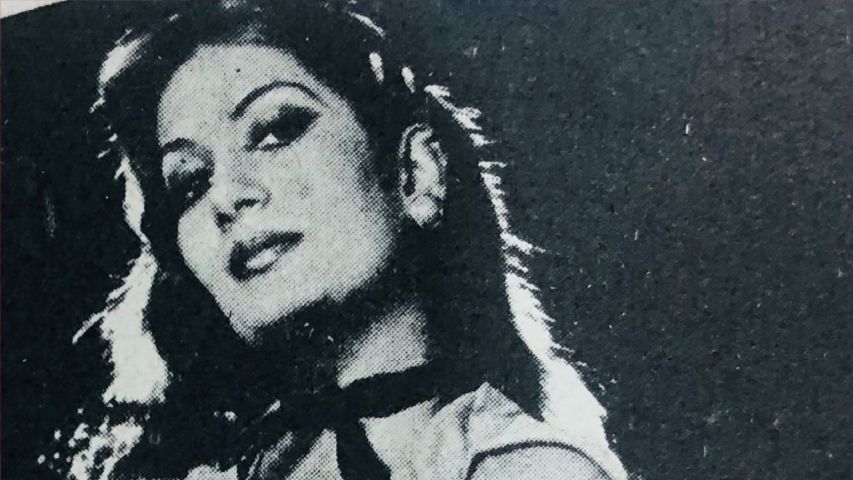 She had this incredible knack of always being in the headlines. Born to a British father and a Punjabi mother, she was initially called Munni. She subsequently changed her name to Margaret James and adopted the screen name of Sheetal.

She made her official debut with Kishore Kumar’s comedy caper Badhti Ka Naam Dadhi (1974) but had already appeared in brief roles in Heera Panna and Joshila (1973).

Kishore Kumar’s kinky comedy was delayed in production. By then she had received several acting offers, which she had declined. She was depending largely on the success of her collaboration with the iconic singer, which, however, tanked at the box office.

Left in a lurch, that’s when she agreed to do small roles in Charandas, Inkaar, Dildaar, Jai Vijay (1977), Darwaza (1978), Jaani Dushman (1979). Suddenly, luck favored her and she was chosen by none other than Raj Kapoor for the supporting role of Champa in Satyam Shivam Sundaram (1978).

And there was much acrimony on the R.K. sets. Everyone was aware that Zeenat Aman was Rupa the lead heroine. She sparked headlines when she pushed the very professional Zeenat Aman on a defensive mode by claiming that she was the project’s virtual heroine. It was a chat with Raj Kapoor, which had led to the offer. But Raj Kapoor was in a dilemma as to how to fit her into the screenplay.

Zeenat Aman was one of the top stars of that era, and here was a so-called starlet trying hard to hog the limelight. Sheetal ensured controversy, vending quotes to the tabloids about how much her director adored her. Zeenat Aman remained cool and professional to prevent any unpleasantness on the sets created at the showman’s Loni farmhouse. After a lot of drama finally, sense prevailed and Raj Kapoor focused on the film and his lead heroine, and told Sheetal in no uncertain terms to stay far away from her. 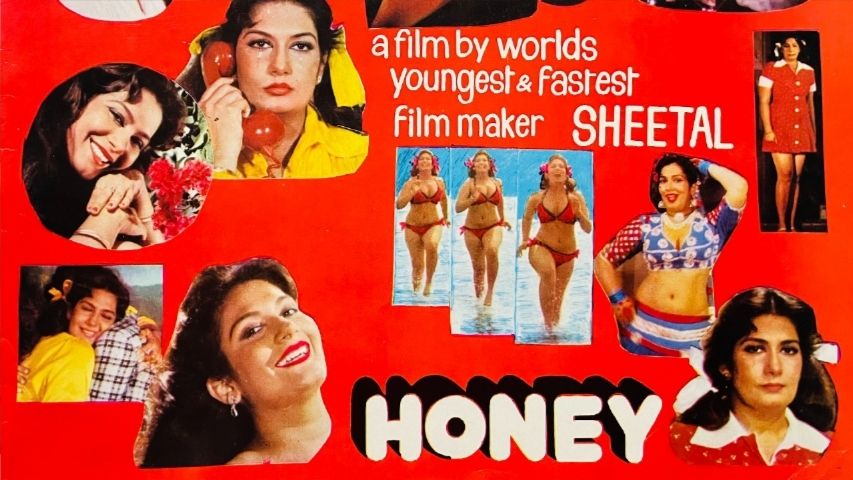 Flabbergasted, Sheetal was soon out of Loni. In fact, she was packed off to Bombay when the climax scene was being shot close to the Koyna dam to avoid any further trouble and tension. Result: Sheetal was barely visible in the final edit.

Meena Kumari had recommended Sheetal to Hrishikesh Mukherjee (they stayed in the same building) who had offered her a small role in his Alaap (1977), which did not work. Years later, he offered her the major role of Ruby Dutt in his Bemisal (1982). Hrishida called her over and seeing her in a sexy dress clearly told her, “I want to exploit your talent not you figure, cover yourself and come’. She was signed for a role opposite none other than Amitabh Bachchan.

It was a 20-day schedule at Mehboob studios where her scenes and two songs were shot.  Sheetal made it a point to look dignified in a sari with minimal makeup. Again, there were issues with the leading lady Raakhee. Once the film was completed, she even received a notice from the producers stating that she would not be given importance in the publicity. Her role was shredded to pieces.

Unfazed, Sheetal decided to make her own film inspired by the spirit of revenge and called it Honey (1984). She handled most of the departments of filmmaking with her sister Monica. It was one of the fastest films ever made in 20 working shifts with a limited budget. Sheetal with the story, screenplay, dialogues, art direction, costumes, lyrics, music, dances, fights, editing, production and direction. The advertisements pronounced her as Wonder Girl Actress, the filmmaker of Sheetal’s Honey. 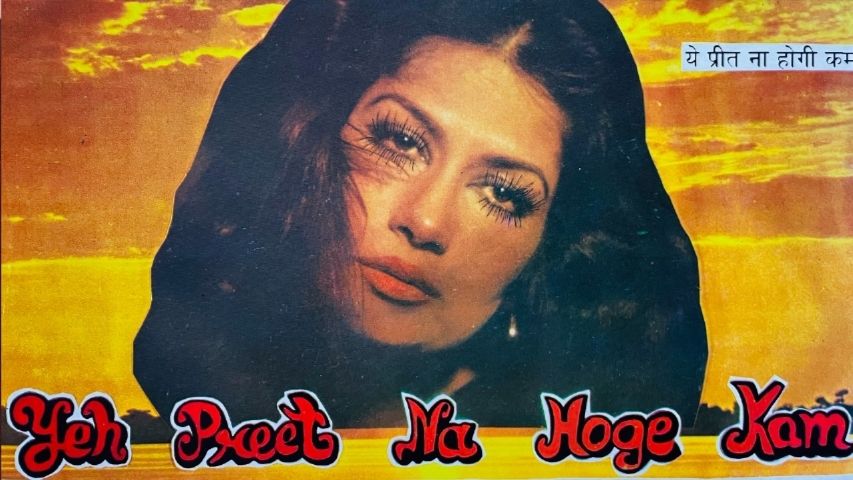 She had approached Rajendra Kumar to portray her father in Honey but, much to her annoyance, he had declined and gave her a long lecture to quit direction and concentrate on her acting. She approached Sanjeev Kumar who also declined. Ditto Ashok Kumar. Eventually Pradeep Kumar agreed but regretted his decision. Reportedly, she had blackmailed him to expose their affair. He completed the film though later he claimed that he did it for the money. He had wanted to opt out of the project but it was too late.

She did sign other stars like Jagdeep, Manorama, Tun Tun, Madan Puri, Bhagwan Dada, Asit Sen, along with a dog, Jhumroo. She wanted to sign Sanjay Dutt as the hero but he too declined the offer. Finally, she signed a rank newcomer in the male lead.

Honey was released with an Adults Only certificate and it was claimed that it did well at the ticket counters. In fact, it was declared a silver jubilee. Some reports claimed that there was a laathi charge to control people who were clamoring to buy tickets at Bombay’s Kismat cinema.

Honey today is a rarity. Collectors who still possess its VHS refuse to share the copy or demand a sky-high price for it. Believe it or not, there is a huge black-market for any memorabilia related to this controversial film, be it for its lyrics and synopsis booklet, lobby cards, its discs and even the film.

It’s believed that she lived her life queen-size in a bungalow named Sheetal Mahal in Juhu. She longed for the Padmashree for her achievements. Today, Sheetal is one of the most searched actresses from the era of the 1970s and ‘80 but she seems to have disappeared into thin air. There are unconfirmed rumors about her living in London or Dubai. Sometimes I really do feel like checking out Sheetal Mahal, which was once thronged by media reporters outside the gates. Does it still exist or has it vanished like its landlady? 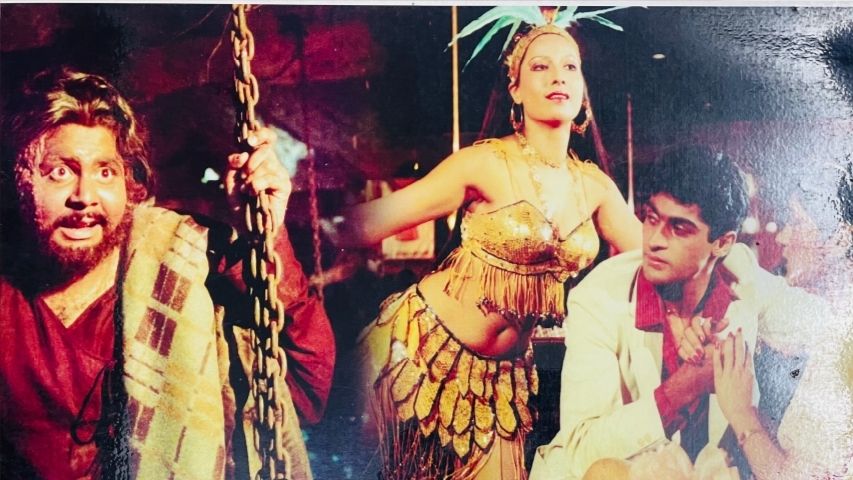 Pulsating music, a tantalizing pair of legs with the camera zooming towards her physique - that was Leena Das, one of the busiest film dancers of the mid-1970s to the early ‘90s.

Contrary to her firebrand image, she was known to be a very simple person who diligently went to Mahim Church for Sunday mass. It is said that she did enjoy cabaret dance and climbed her way to the top by titillating the audience. If you accept a sob story behind her chosen profession, then you would be disappointed as there was no story, which forced her into a zone that provides a lot of benefits but has little respect.

According to one of her rare interviews, she was proud of her toned physique. Without a trace of an apology, she had stated, “I have a pair of beautiful legs, So why shouldn’t I show them?”

The first time she appeared on the screen was for a number in Kahani Kismat Ki (1973). Director Arjun Hingorani had spotted her at one of her stage performances doing a folk dance. Initially, she was reluctant to do a cabaret song but couldn’t resist the temptation of joining Bollywood. She looked older but was only 14 then. The film was a big hit and it was raining offers. But her parents insisted that she should finish her schooling.

Her classmates were thrilled to have a star amongst them. However, her school being a convent had strict rules and regulations, so she was asked to leave. Fortuitously, her friends were supportive and her family was broad-minded and had no qualms about her profession. Her idol was Helen whose costumes and dances she followed closely. 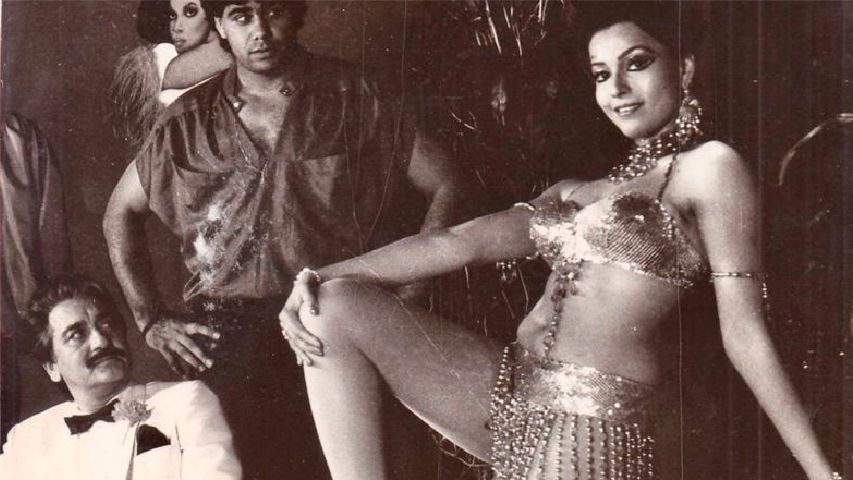 Over the years she had developed a fan following and was one of the highest-paid dancers of her time. Producers would crib about her charges compared to her contemporaries like Huma Khan, Disco Shanti and Jezabel. She would laugh that off and tell the producers that they would see the difference between spending 10,000 rupees over 2,000 rupees on seeing the outcome.

She would visit the cinema halls to enjoy the applause and the whistles of the audience and was a pro at handling the crowd of frontbenchers. Among all the films she did, her song from Aitbaar (1985), Tum Aur Main Aur Ye Bekhudi, was the most sensational and bold number. She had a great friendship with late director Mukul Anand and was seen in both his films Aitbaar and Insaaf.