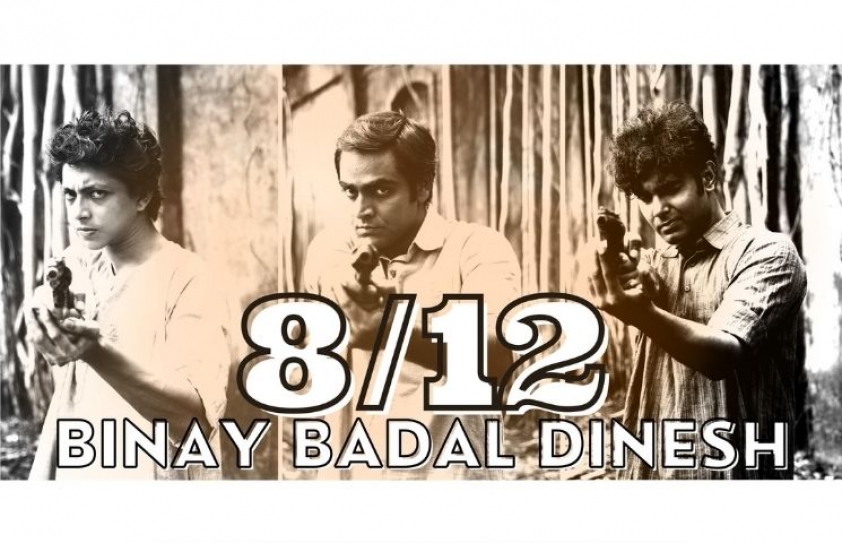 It remains one of the most daring acts of rebellion against the might of the British Empire. On 8 December 1930, three young men dressed in natty Western suits, Binay Krishna Basu (age twenty-two), Badal Gupta (age twenty-two) and Dinesh Gupta (age nineteen), stormed the Writers’ Building in Kolkata, the administrative seat of the British Raj in Bengal, to assassinate a British official notorious for his vicious oppression of Indian prisoners.

As far as the audacity of the act is concerned, this should rank with the more celebrated ones in the annals of our freedom struggle, say, for example, Bhagat Singh and Batukeshwar Dutt throwing bombs at the Central Legislative Assembly on 8 April 1929. 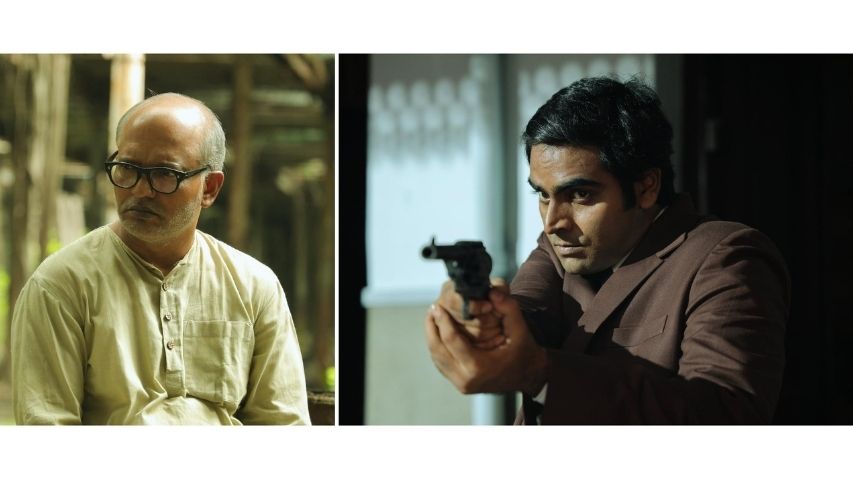 However, unlike Bhagat Singh or Batukeshwar Dutt’s heroics, which reverberated on a national scale and found their way into history books, Binay, Badal and Dinesh have been largely forgotten outside of Bengal. Even in Bengal, though Kolkata’s administrative and trade district is named B.B.D. Bagh in honor of these three revolutionaries, how many of us are aware of the story behind the name is anybody’s guess.

Arun Roy’s new film 8/12 (that’s 8 December, in the way we have become accustomed to commemorating dates, say, like 9/11 or 26/11) attempts to set the record straight with meticulous recording of the events leading up to the attack on Writers’ Building.

The film gets off to a voiceover by well-known actor Sabyasachi Chakraborty narrating the prevailing conditions that set off the chain of incidents culminating in the raid of 8 December. We learn of Surya Sen’s (Master-da) Chittagong Armory Raid of April 1930, which sent shivers down the British administration. The government, through its officials like Calcutta police commissioner Charles Tegart, Dhaka inspector general of police Lowman and IG prison Kolkata, N.S. Simpson responded with brutal repressive measures. 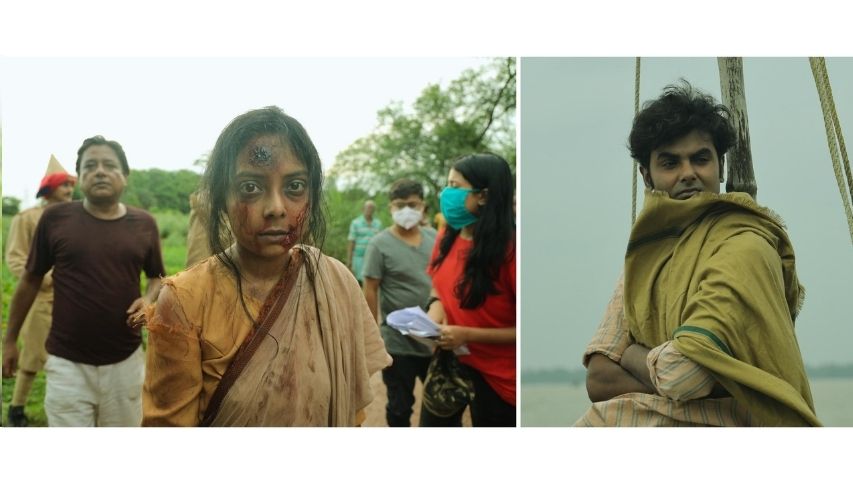 We are introduced to the Bengal Volunteers, founded by Subhas Chandra Bose at the 1928 Calcutta session of the Indian National Congress, whose activities were led and organized by Major Satya Gupta. In league with revolutionary Hemchandra Ghosh (played with characteristic deftness by Saswata Chatterjee), Major Gupta plans a retaliatory attack to avenge police brutalities, one that would instill fear in the mind of the British. Towards this end, they enlist and train three students Binay (Kinjal Nanda), Badal (Arna Mukhopadhyay) and Dinesh (Suman Bose). Before embarking on the suicide attack on Writers’ to kill Simpson, Binoy assassinates Lowman at a hospital in Dhaka.

The dramatic potential of the material cannot be overemphasized but Arun Roy’s rendition of the same unfortunately falls short. There is something static about the way the narrative unfolds so that you are never swept away with the inherent drama of the events. For one, I got little about the inner life of the three protagonists, beyond what is provided by the patriotic dialogues they are given. 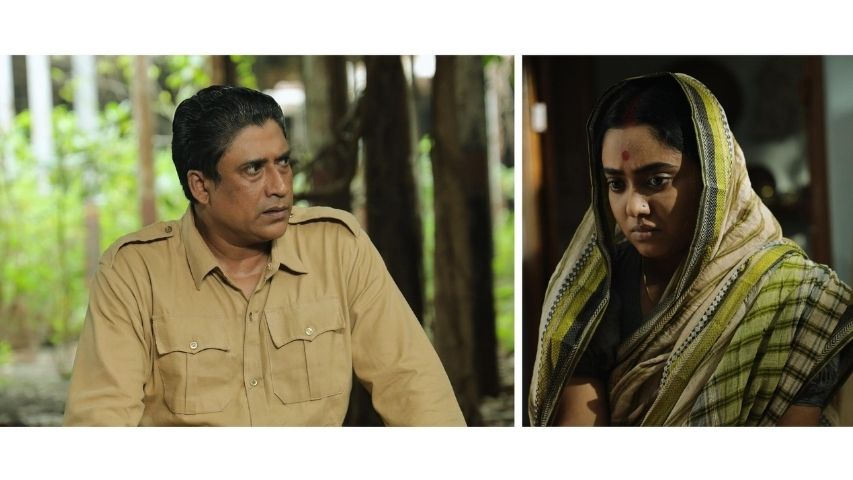 These boys were still in their teens and it would have been fascinating to know what drove them, what their everyday life beyond the freedom movement was like, what made them tick. The film offers no answers. There’s a throwaway moment where two of them discuss the merits of Benares rabdi vis-à-vis Yorkshire pudding if ever they get out of Writers’ free. The film calls out for moments like that.

The staid documentary nature is not helped by the voiceover, which is used as a narrative device. The intensity of the account is conveyed by the graphic rendition of the brutality unleashed by the British, which only ends up being gratuitous. Then there are Soumya Rit’s heavy-metal guitar riffs that make the background score, and though it offers an interesting counterpoint to the period the film is set in, I could never get over the feeling that it sounds forced and incongruous. And one segment with Kharaj Mukherjee as police officer Karmakar is played only for laughs and feels entirely out of place in the scheme of things. 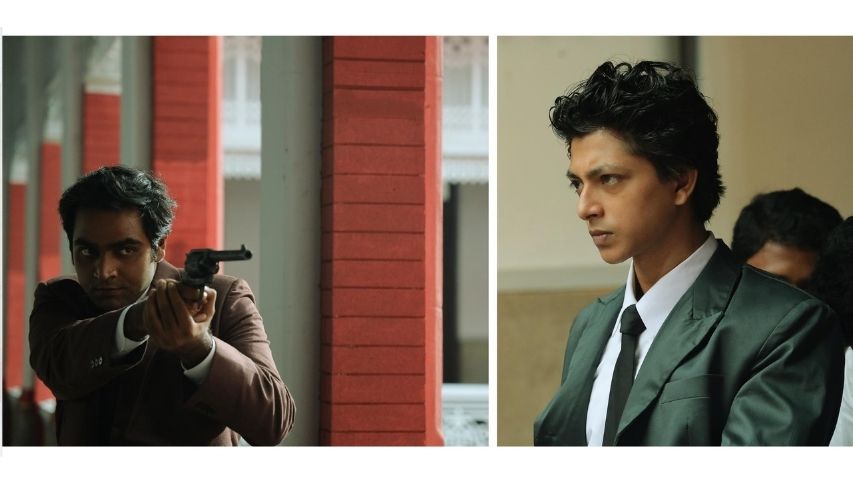 To accentuate the authentic texture, the filmmaker shoots the film in monochrome, but the point is not just the ‘factual’ nature of the story he is telling but the feel he has for making a cinematic narrative of the same that is lacking. The climactic shootout at Writers’, the forty-minute gun battle is condensed to a crisp twelve minutes, is well choreographed though.

Arun Roy, with two period pieces to his credit before this, Hiralal (the biopic of one of the founding fathers of Indian cinema, Hiralal Sen) and Egaro (the story of the 1911 match between Mohun Bagan and East Yorkshire Regiment, the first time a native team won the IAF Shield), gets the period look and facts right, but that’s just about it. The film’s purpose is laudable – this is a story that needs to be told. Wish I could say the same thing about the way it goes about realizing that purpose. The heroics of BBD and the shootout at Writers’ call out for a more interesting telling.