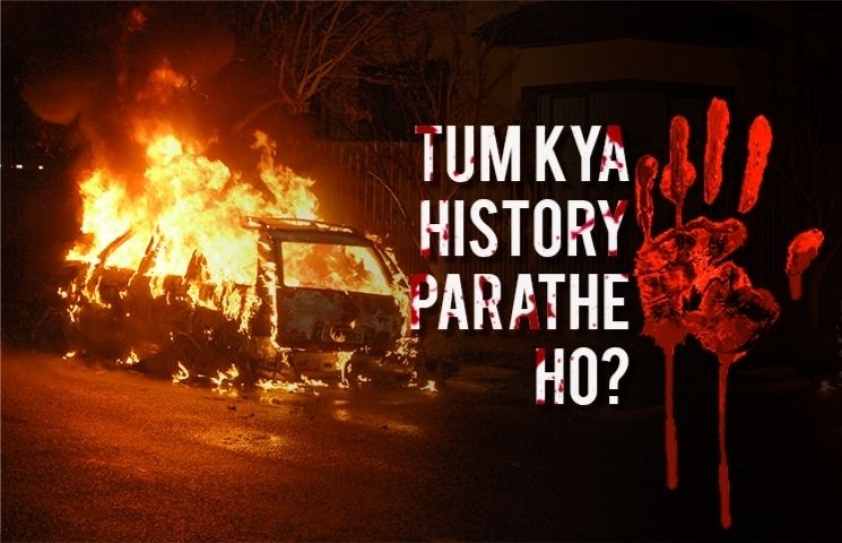 Humra Quraishi writes: Words like riots and rioting hit you hard, because they announce another round of destruction of human lives and livelihoods.

And, the situation now is compounded with Right-Wing political agendas becoming brazen and in your face. I’m reminded of the whistleblower cop of the Gujarat cadre, R.B.  Sreekumar, who spoke to me during the course of an interview, ‘Riots can  be controlled within a couple  of hours if the administration wants’. His rationale is that the local cops and the Intelligence agencies keep track of ground realities and expected communal flare ups, and it doesn’t take long to halt the violence from spreading out.

I have been going through details of the riots and pogroms taking place across the country. Though I have several volumes to read about communal riots in India, but the most comprehensive one is ‘Communal Riots - The State and Law in India’. Published years  ago by the Institute of Objective Studies, edited  by Iqbal Ansari, this volume carries ground reports by civil servants, academics and well-known known names from the legal side -  Padam  Rosha, K.F.  Rustamji, C.V. Narasimhan, V.N.  Rai, N.C. Saxena. Justice Hosbet Suresh, Justice V.R. Krishna Iyer and V.M. Tarkunde.

These are detailed reports, focusing on the disasters that came along with each riot. Also, highlighted in many of these reports, the biased role of the police force. Professor Satish Saberwal and Professor Mushirul Hasan's study of the Moradabad riots (1980) focuses on the role of the police, “The city 's police, for long weeks, acted rather like a force organized to beat, loot and kill the Muslims. The PAC, in particular, collaborated with communal elements and goondas to bring about an open clash between Hindus and Muslims.”

Another volume, Splintered Justice: Living the Horror of Mass Communal Violence in Bhagalpur and Gujarat (Three Essay Collective) by Warisha Farasat and Prita Jha, focuses on two pogroms, Bhagalpur in 1989 and Gujarat in 2002. Relying on not just the official papers but also on in-depth testimonies of many survivors, this volume “indicts the State and its organs, and the mainstream political leadership in the country, that has been complicit in the denial of justice.”

The late Asghar Ali Engineer’s Mumbai based institute, ‘Centre for Study of Society and Secularism’ had been publishing comprehensive detailed reports on the riots and pogroms taking place in the country. When I visited his office in Mumbai in 2006, he told me that he has documented all possible facts of each riot and pogrom, from the post-Partition years.

Author-academic Javed Jamil addressed this grim reality of riots and pogroms when he stated, “Read any data on the riots and you will be shocked to see that the ratio of Muslims killed during rioting is 3 times more than the Hindus. If 100 persons are killed in a riot then 75 of them will be Muslims.”

In recent years, riots are more than often made to happen! And each time a riot is ‘made to take place’ it makes our country weaker. Several commentators have stated that riots have an adverse effect on the minority community in many ways, thay push them further away from the mainstream. Crucial aspects stand out: In several situations the police is either a mute spectator or even goes a step beyond - it does not arrest the actual culprits but the victims! After all, riots cannot take off or spread out, without the prior knowledge of the police force and the agencies. As a commentator put across: Today the anti- Muslim biases get reflected in the different aspects of communal rioting - from searches and seizures to arrests and imprisonment. 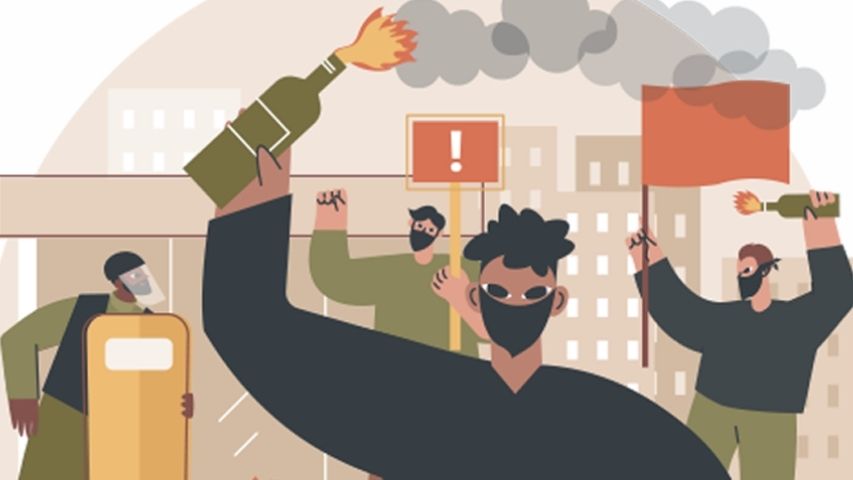 Didn’t we witness a well-planned and well-organised targeted attack against the minority community take place in North East Delhi, in 2020? The accompanying tragedy is that till date many of the actual culprits are roaming free. These culprits range from hate speech-givers, masterminds, the foot soldiers and also those cops who either stood like mute spectators or helped the goons. Making it very, very difficult for the targeted citizens to survive.

Till date the Muslim community in North East Delhi remains subdued to such an extent that it cannot dare defy or veto any of the establishment’s dictates. They cannot raise their voice, as cases can be slapped on them. And with that could start another round of torture on them! Recent news reports are enough to inform us that many Muslim men are running away from their homes in North East Delhi, because of police harassment - hounding of entire families continues.

After every communal rioting, it is shocking, appalling and disgusting to hear a bunch of ‘experts’ make bizarre comments - “All okay! Situation okay… all under control… peaceful! Normalcy returning!” How can the situation be termed “all okay” after hundreds get killed! Who stands for them? Can’t we stop this human tragedy?

Soon after the 2012 riots in Uttar Pradesh’s Mau, I spoke to the Varanasi based academic, Dr Mohammad Arif, who was teaching at the Banaras  Hindu University (BHU). And this is what he told me, “After rioting started in Mau, it was not allowed to be controlled, and continued for a full 72 hours! Little was done to control the rioting. And after those  riots, the BJP  created another round of tension by taking out 'nyaya' yatra and with that 21 zilas of Eastern Uttar Pradesh were in the grip of dahshat (fear). Very tough situation for the locals, with destructive elements unleashed on them… all around maar-kaat-dhaar!”

He added that seeing the bloodshed and anarchy spread itself out, he was reminded of what Kaifi Azmi sahib had once told him - words along the strain, “Tum kya history paratai ho! Kyon nahin mohabbat ka etihaas as against the maar-kaat ki tareekh!” (What history do you teach! Why don’t you teach tales of romance and love as opposed to dates of violence!)