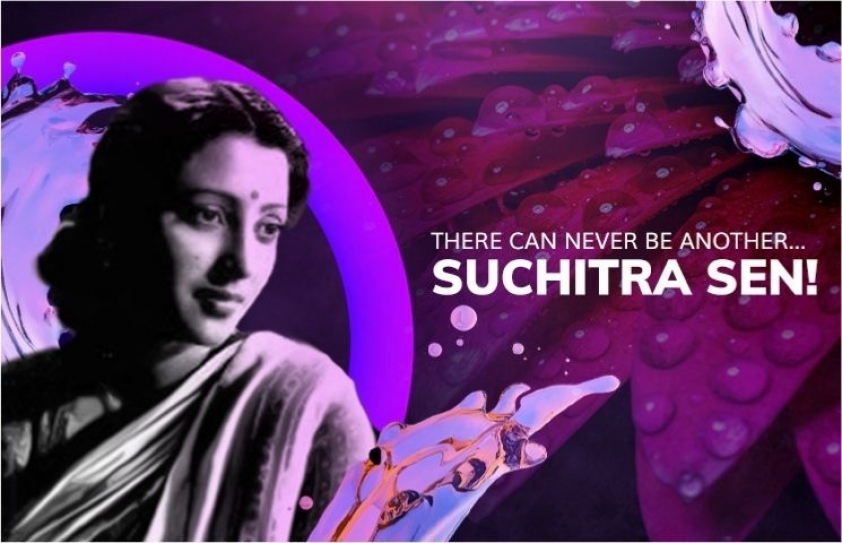 THERE CAN NEVER BE ANOTHER… SUCHITRA SEN!

As a kid who grew up in the leafy and starry environs of Mumbai’s Pali Hill in the 1950’s & 60’s, Suchitra Sen was not a blimp on my radar! It was a star-filled neighbourhood with Dilip Kumar, Meena Kumari, Sunil and Nargis, Pran, Purnima, Gope and Maruti lighting up the place! There were also hot-shot directors Amiya Chakravarty (Seema, Daag, Patita) and M. Sadiq (Chaudvin Ka Chand, Taj Mahal) and the ace music director Ghulam Mohammed (Pakeezah). Shammi Kapoor was god, Sadhana, goddess. Nutan, Waheeda, Madhubala were also major objects of admiration. SS? Clueless, boss!!

My first glimpse of the amazing star was a morning show with my parents at a theatre in Dadar. Can’t remember why I went, but I do remember the film Saptapadi, and while I couldn’t quite figure out why probashis were freaking out (“Eeesh ki daroon!!”), I have to admit that the heroine Rina Brown intrigued me. She had a quality impossible to define but very easy to understand and it came through loud n’ clear; star quality, that inexplicable aspect that is intrinsic to one’s personality and cannot be acquired, developed… or bought! However, before long, I was back to Shammi and Sadhana, Dev and Asha Parekh, Shankar-Jaikishen, O.P. Nayar, Lata and Rafi. SS vanished in a flash! 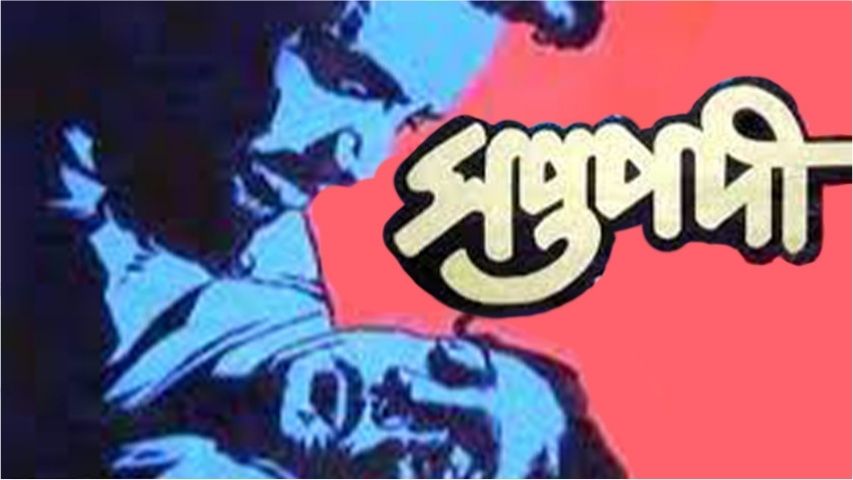 It was only after I moved to Kolkata for good, a couple of years later, that I really saw her star-power - in action! Sure, she had starred in a few Hindi films, notable of which were Devdas, Bombay ka Babu, Sarhad, Musafir, but her reputation as a screen legend and matchless star emerged from her Bengali starrers, when she dazzled all the way! She was fabulous in Deep Jele Jai, co-starring Vasant Chowdhury, Saat Paake Bandha, co-starring Soumitra Chatterjee, for which she received the Best Actress Award at the prestigious Moscow Film Festival in 1963, and of course Uttara Phalguni, which was later re-made in Hindi as Mamta, where her double-role as mother and daughter, in both the versions, blew everyone’s mind – but ultimately it was her films co-starring another icon, Uttam Kumar that gave her (and the pair) the magic and mystique that has remained both unmatched and timeless.

Brilliantly complementing each other’s romantic andaaz, they reeled off hits after super-hits, charming, enthralling, hypnotising and thrilling generations who considered them, and still do, the last word in screen romance! From their very first hit in 1953, Sharey Chuattor, Bengali cinema’s first couple just kept going, zonking age-groups from 16-80 with their charm, passion and explosive chemistry, and inspiring their countless fans to join them in their evergreen, romantic anthem, Ei raat Jodi na shesh hoy, from the Bengali super hit Saptapadi. Needless to add, in a very short time, along with my Bollywood magnets, SS zoomed big time into my radar!

Incidentally, very few know that she refused Satyajit Ray’s Debi Chaudhurani, allegedly due to date problems, and rejected outright an R.K. offer! She did return to Mumbai years later, to do the Hindi version of Uttara Phalguni. Such was the power of her performance in Mamta that Bollywood begged her to return with the choicest of roles, all of which she refused. Gulzar’s Aandhi was different. He was a writer-director she both admired and trusted, and the author-backed role was too good to let go! Incidentally, Gulzar once, during the course of our addas spread across three decades, did confide that during the entire making of the film (due to her seniority) he called her Sir!! Predictably, despite censor trouble, Aandhi received overwhelming critical acclaim and SS was, as expected, praised to the skies… and no, despite the industry being blown away by her aandhi-like performance, she never looked Bollywood-wards, again. Even today, Aandhi remains a hugely loved and cherished film. 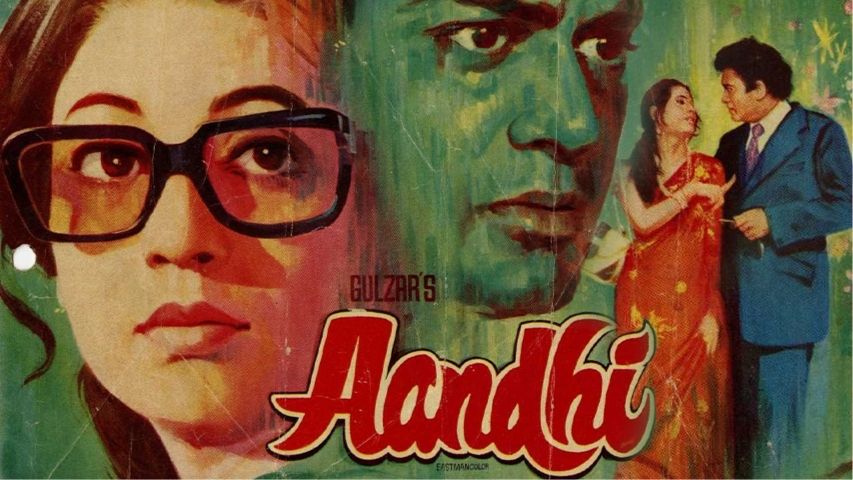 Over time, there have admittedly been voices that questioned her histrionic abilities, “More star than actor”, stating that none of the quality art-house directors, Ray, Sen, Ghatak, ever cast her in their projects, nor did Tapan Sinha or Tarun Majumdar, insisting Suchitra Sen was really a romanticized and over-rated, outdated and irrelevant creature of time and place, that Sabitri Chatterjee was a way better actress and both Supriya Choudhury and Madhabi Mukherjee, too, were not to be ignored or dismissed when comparisons came into play. That her gigantic star-power and magnetic Uttam-Suchitra pairing (unfairly) defined her mass popularity, not her acting prowess. While this debate between critics and fans will go on forever, fact is Suchitra Sen remains a  legend whose persona as a romantic heroine stays embedded in the hearts of all who believe that love is indeed a many splendored thing… a super-star whose aura no heroine in Tollygunge has remotely touched before or since, because quite simply, there can never be another Suchitra Sen!

This week, her 91st birthday, here’s thanking the Queen of Hearts and the timeless symbol of screen romance for making our lives so joyous with love, laughter and memories of another day…