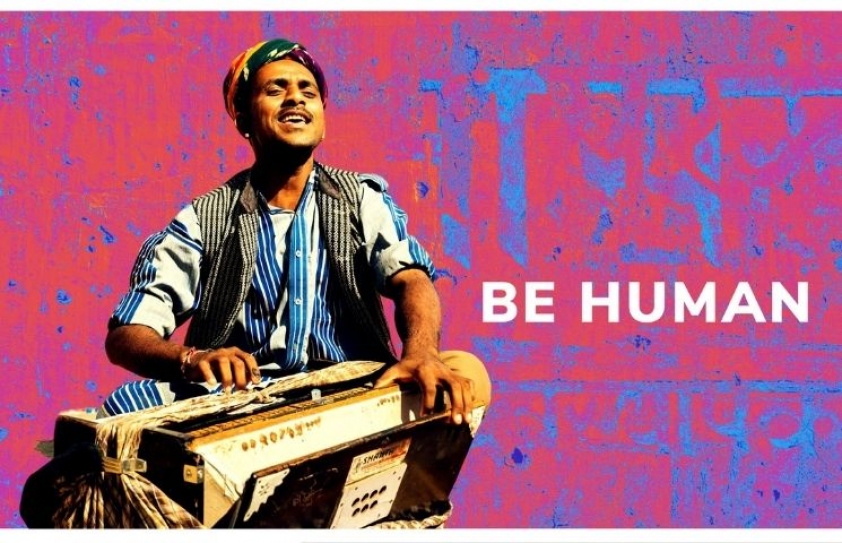 This week Humra Quraishi questions politicians and lays out bare facts – about human rights and political mischief that vitiates the atmosphere between communities - which most media deliberately omits from its discussions.

Where does one start from, or for that matter end - because what’s between the lines is frightening. It gets murkier by the day and we are mute spectators, in the auditorium, watching a horrific saga unfold. Who among us has the freedom to call out this ‘all-is-well’ narrative running 24/7 across lapdog media?

Today let us also talk of Dengue and Hunger, among other things, and about the sufferings due to them, which are manifold. The mosquitoes thriving on human blood in India are homegrown. They aren’t imported from any other part of the world; they are desi - one hundred percent desi! And those hundreds and thousands malnourished that are losing their lives are the people we haven’t been able to feed. It’s the lies they spread through the media, it is believed, that satiates the hunger of the powers that be. The only gimmick now left in the kitty of the administrators and government, for them to be visible in the darkness, is to invite experts from foreign lands and take them for shikara and elephant rides, entertain them to their gills so that they give ‘all is okay with India’ certificates to a hopeless state. As long as XL sheets look good, who cares?

I viewed Professor V.K. Tripathi’s much-in-circulation video just before sitting down to write this piece. In it, he explains to masses the significance of the Friday namaaz to the Muslim community, adding emphatically that the Right-Wing communal elements should not be allowed to disrupt it from being held in the open and collectively, in various parks of Gurgaon, of course with prior permission of the administration.

Professor Tripathi has also highlighted Mahatma Gandhi’s message for collective prayers and the rationale behind it. And why the Muslims in Gurgaon, Haryana, are compelled to offer their namaaz in the open, in unused and less frequented parks. This retired IIT Physics Professor says that while Hindu temples have been allowed to be constructed in new housing colonies and residential sectors of Gurgaon, no new, not a single, mosque has been built. Perhaps circumstances are not favorable in the backdrop of the systematic communal poisoning taking place? 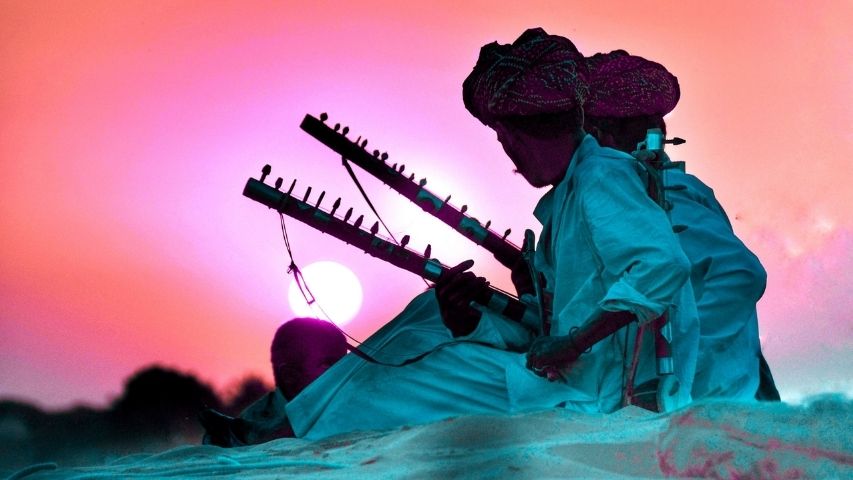 After viewing the video, I’ve been in an introspective mood. Why shouldn’t we be speaking for each other irrespective of the community we belong to? Why should it be that the Sikh community is standing up for itself without support from others when it feels tortured and the Muslims outrage alone when members of their community are threatened or lynched? Why should the Christian leaders be heard as a lone voice when their churches are burnt? Why should it be that the bureaucrats and civil servants reveal the truth ‘only’ after they have retired? It’s rare when all communities stand by each other – why?

Every individual’s voice matters and can make a difference when he or she speaks with sincerity and determination. Haven’t we witnessed how the Imam of Asansol, Maulana Imdadul Rashidi, controlled reactionary  violence from spreading when his 16-year-old son, Sibtullah Rashidi, was killed in the communal clashes that shook West Bengal’s Asansol in March 2018? It’s after the Imam’s son was attacked and killed during the Ram Naumi processions that he appealed and pleaded with everyone that there ought to be no cries for revenge or counter killings. With that, the Imam did what politicians or the police force couldn’t do - that is, protect hundreds of his fellow citizens, irrespective of the faith that they belonged to.

Religious heads from any faith can go a long way in protecting the lives and livelihoods of innocents. They can also go a long way in trying to educate the masses. Way back in  1991, when  I was  travelling in Kerala to cover the literacy movement, the district medical officer of Malappuram, Dr. A. Mohammad had said to me, “Four earlier attempts to bring literacy among the Muslims failed. Then the Muslim League and the Imams of the masjids cooperated, and a large number of illiterates came to the sessions. In Islam a  lot  of  importance is  given to education, yet politicians have played havoc and education among the Muslims has received low priority. Now the KSS and its volunteers have brought about a change - already we can see a big improvement as there’s a decrease in infant mortality rate and an increase in family planning awareness.”

It is a misconception that Muslim clerics are averse to modern day health and welfare schemes. I have been collecting facts, which go to prove that religious heads helped the local volunteers when calamity struck just about anywhere. Activists who had been working in the earthquake hit J&K areas and also in the pogrom-struck Gujarat had recounted how volunteers led by local maulvis helped out. Also, maulvis have been approached by various NGOs to help them spread several messages of health, family planning, and now during COVID, to remove vaccine hesitancy. 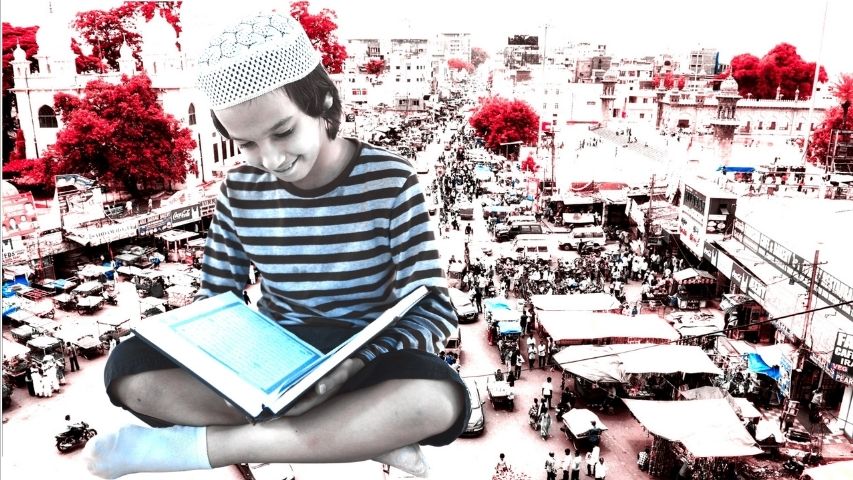 In UNICEF’s polio eradication drive, Muslim clerics played a supportive role to make way through Muslim mohallas. And in 2005, the then Rural Development Minister, Raghuvanshi Prasad Singh, took the help of the maulvis and sadhus to promote sanitation and hygiene. Once when I got talking to an Indian Air Force (IAF) officer, the late Yusuf Khan, he told me that after he had joined the IAF, a well-known maulana of Western  UP, had said to him, “Good you’ve joined the services. Islam expects you to fight for your country, to protect it.”

Actually the maulanas and maulvis have played a significant role during the country's struggle for Independence and also during India’s partition. In a report on Darul Uloom (well-known Islamic seminary at Saharanpur, Uttar  Pradesh), journalist Mini Kapoor has written: In 1915, in what is termed as the Silk Letter Conspiracy, Maulana Mahmood Hassan had set up a nationalist government in exile in Kabul. The first head/PM of this government was Raja Mahendra Pratap with Barkatullah Bhopali as foreign minister. It was later that the bulk of Deobandis supported Mahatma Gandhi's Congress and opposed the two nation theory.

In recent years, the Darul Uloom has issued strong statements, appealing to Muslim communities so they don’t slaughter cows - to respect Hindu sentiments. Maulana Mahmood Daryabadi of All India Ulema Council has been quoted saying, “Muslims should respect the sentiments of Hindus for whom the cow is sacred”. And, it has also been highlighting the fact that Islam is totally against forced conversions under any given situation or context.

On the several occasions that I’ve visited the Lucknow situated and internationally renowned seat of Islamic religious learning, Darul Uloom Nadwatul Ulama,  what struck me was the simplicity surrounding it. As I walked around the campus, it seemed Gandhian - minimalist, with students and staff attired in cotton kurta pyjamas. And the Nadwa maulvis told me that they believed in training the students to survive on absolute  basics.

As I leave, I must tell you that one of the staff members of this historic institution is a leading writer of the day. Widely travelled, Dr. Obaidur Rahman heads the Journalism Department and writes on a variety of subjects. He holds a Ph.D. in Arabic  from the Calcutta University and has won various awards for his literary works and writings. Author of several books, the title of his latest is ‘For God’s Sake Be Human.