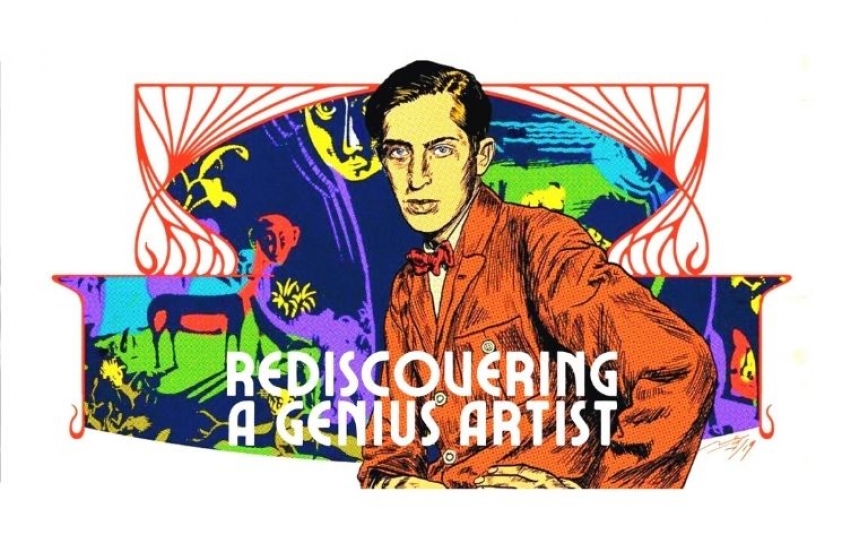 Khalid Mohamed in conversation with Patrick Bensard, director of the prestigious Cinematheque de la Danse of Paris, now documenting the art of Walter Spies whose life in Bali was as magnificent as it was tragic.

He has been a one-man army, disseminating the beauty of global art forms: cinema, dance, painting, photography and more. Unbeknownst to many (specially the Indian culturati), Patrick Bensard has sought to expose the value of the heritage of Indian cinema and dance forms to the world. Documenting many more diverse aspects of our cinema and dance, whether populist or niche, has been just one of his unrealised dream projects.

The chief director of Cinematheque de La Danse, a sister of the iconic Cinematheque Francais Paris, for long, now he independently chases projects, which are close to his heart and mind. Discussing one of these over email, during the engulfing effects of the pandemic, he disclosed that he is under the process of re-discovering the oeuvre of Walter Spies (1895-1942), German primitivist painter, photographer, composer, musicologist and curator.

Son of a German diplomat in Moscow, Walter Spies mounted his first exhibition of paintings in 1919, making a living simultaneously as a ballroom dance teacher (he mastered the tango, a sensational new dance imported from Argentina). Next year, he moved to Grunewald near Berlin to work for the legendary silent film director F. W. Murnau. 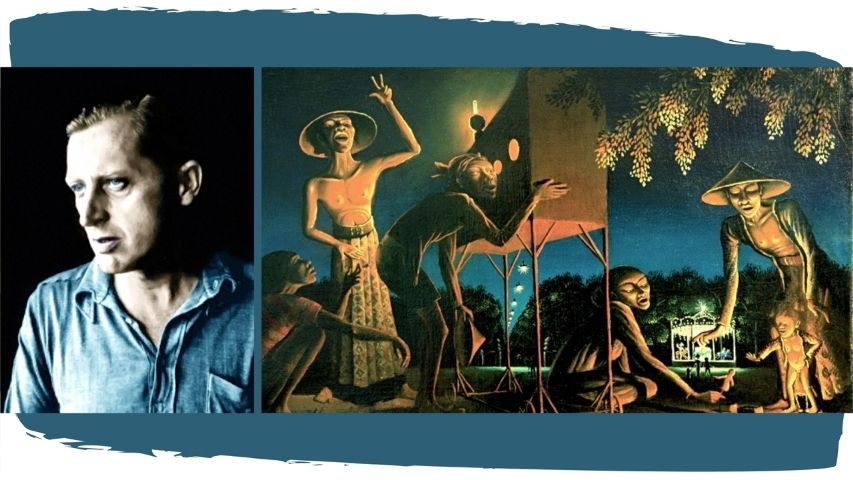 Seemingly restless, he lived intermittently with a couple in the Netherlands, exhibiting his works at the Dutch Painters' Circle. Another significant event in his career was a visit to the Koloniaal Institute, now the Tropenmuseum (Tropical Museum) in Amsterdam, where he saw artworks imported from the Netherlands' Indonesian colonies and connected them with  natural themes and surrealist constructions.

On Googling Walter Spies’ collection of photographs and paintings, I was stunned. They are fabulous and eternal. Circa 1923, the  multi-faceted German artist moved to Indonesia and subsequently settled in Bali. However, after spending idyllic years there he was arrested on the charge of homosexuality, to be released in 1939 at the intervention of the influential anthropologist Maragaret Mead. He passed away three years later by what is chronicled as “death by sea.”

Pegged to the project, which is underway at the persistence of Patrick Bensard, who was awarded the Legion D’Honneur, is garnering funds to fuel the documentary for Canal+ TV channel, I interviewed the ever-pleasant and spry Bensard, now in his early ‘70s, on an emailer. Excerpts. 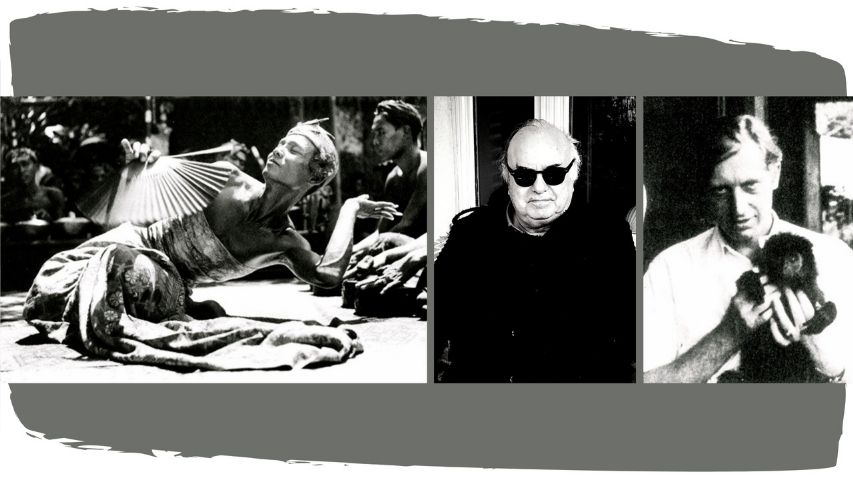 Patrick, have you gravitated towards re-discovering the work of Walter Spies since you have been a photographer yourself at the outset of your career?

Perhaps, yes. During my youth, I was a  photo-journalist for two years for an agency in Paris, which would assign me to cover events and also portraits. Since I was extremely shy, I had to learn to be tough, which wasn’t easy. So I would practise the martial arts with a Japanese master. In fact, the way the aesthetics of photography evolved in the 1970s - involving discussions with photographers of the Magnum agency on style and photo-printing - was one of the happiest phases in my life. 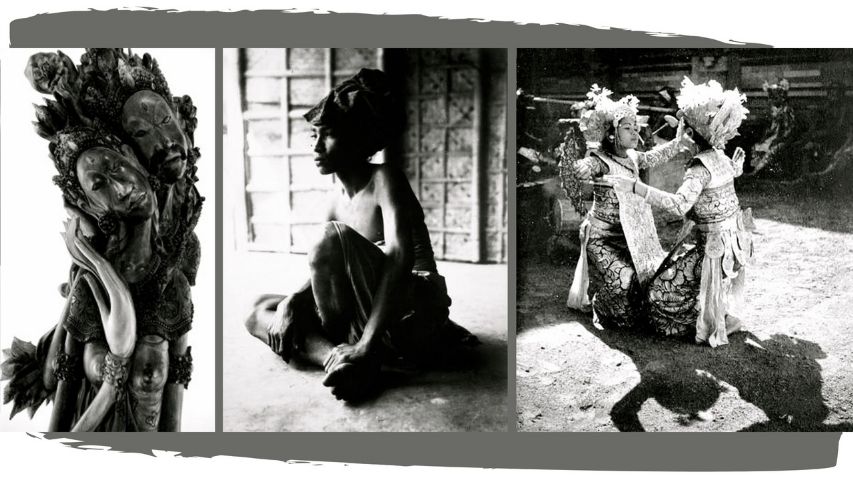 How did you become the chief of the Cinematheque de la Danse?

That was around 1982, because of the generosity of filmmaker Constantin Costa-Gavras, President of the historical Cinematheque, where the Nouvelle Vague of French cinema in the 1960s was nurtured.

The Cinematheque De La Danse was devoted to all kinds of dances including classical ballet, jazz, French avant-garde, American flamenco and Indian classical. It was the first and unique dance film archive in the world ever since Louis Lumiere had filmed the seven-minuter Cake Walk (1902), which showed how white masters permitted Afro-Africans to dance at their plantations. I collected films about jazz, Afro-American artists, and Sufism from Turkey.

I would organise a screening once a month at the beautiful Paris Opera on the widescreen. I could get a print from India of Pakeezah, I had seen it 15 times over and over again. It’s a masterpiece. The screening was jam packed, the audience of 1500 and the critics loved it, they adored Meena Kumari.

I had also wanted to screen Mughal-e-Azam and more films from India but it wasn’t always easy to get the go-ahead from the distributors in India. While in Bombay, I saw quite a few film dances being choreographed at the Bollywood studios, I was fascinated.

Down the decades, my work has brought me in contact with so many creative personalities. To mention a few, there were psycho-analyst Michele Montrelay, actor Leslie Caron, the world’s greatest ballerina Sylvie Guillem, fashion designer Christian Lacroix and photographers Leonard Freed, as well as Henri-Cartier Bresson and Marc Riboud who had both shot India extensively. 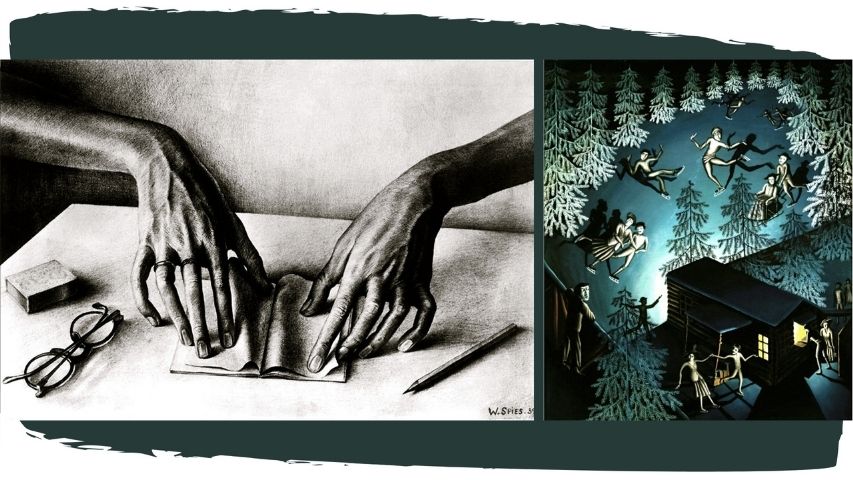 Right. Are you documenting the work of Walter Spies since he is not an immediately familiar name outside Europe?

His paintings are in private collections and a few museums. Mercifully, they have been preserved and are priceless today. His art was inspired by essentially the German Expressionist movement and by Marc Chagall.

Do you find an affinity in his art with Paul Gauguin’s, many of whose artworks were done in Tahiti?

No, no, Gauguin is a different story altogether, even if both the artists share the same concept of exoticism and the French poet’s Charles Baudelaire’s Flowers of Evil. And of course, both of them had a tragic destiny.

Walter Spies filmed Balinese dances, which have certain influences of Indian folk dance. He was torn within himself - at one side he worshipped beauty and at the other, there was a dark edge to his work, which can be quite dangerous. The conflict between beauty and evil, in a way, killed him. He lived at a time when the Nazi doctrine was taking root, it was unstoppable. 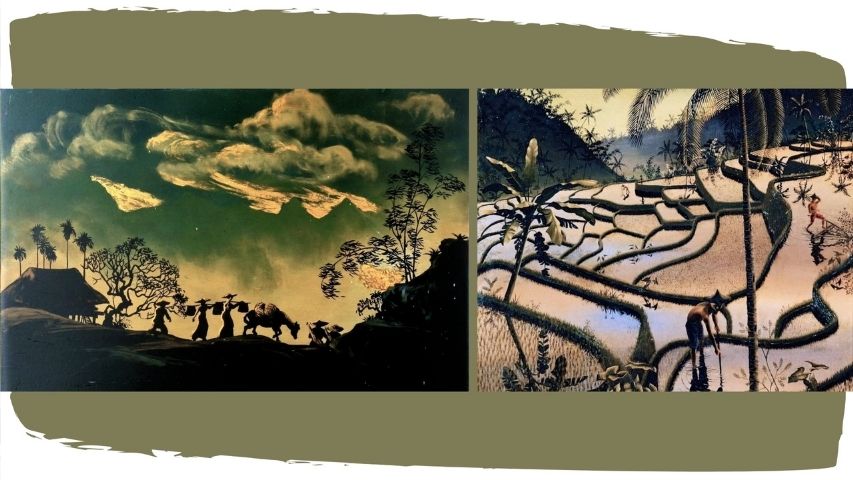 When I was in Paris in the 1990s, there was no palpable sign of racism. But today, that appears to be on the rise. For instance, there have been many reports of oppression on Muslims.

Unfortunately, that’s true. As everywhere, extremists try to break the peace and the harmony between communities. I’m still optimistic though because people, the majority, find such oppression unacceptable. Inclusiveness is a must.

It was another century, when Walter Spies retreated to Bali. As a German national in the Dutch East Indies during World War II, he was arrested and deported by the Dutch authorities along with 477 others, on board  the SS Van Imhoff. However, on 19 January 1942, the ship carrying German internees to Ceylon was hit by a Japanese bomb. Most prisoners, including Spies, drowned. Yet his prolific body of work has survived, and I feel it is my duty to re-tell this story today. When even such a genius artist, like Walter Spies, becomes the target of political hegemony and intolerance, I cannot help but attempt to document it for posterity.

Hopefully, I hope to revisit India some day, the end of the pandemic willing, and expose before the world, its untold stories of those who have defined its art, cinema and culture. I just have to get myself a to-and-fro air-ticket to India, hopefully, when our everyday lives are no longer a nightmare.

Imagination: The fodder of existence

Srijit Mukherji: A Filmmaker at a Crossroad