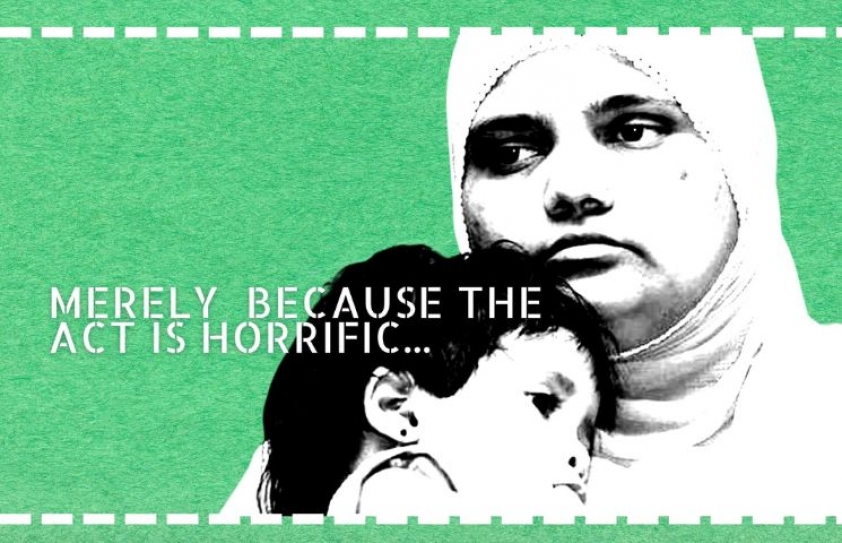 Humra Quraishi recalls the horrors of the 2002 riots in Gujarat in wake of the release of the convicted rapists and murderers of the Bilkis Bano case.

Bilkis Bano was gangraped in Gujarat in 2002. She was then 21 years and five months pregnant. Compounding the brutality unleashed upon her, her 3 year old daughter Saleha was murdered by the communally incensed rioters. In fact, seven members of her family were also murdered by them.

Today, in 2022, the eleven convicted rapists and murderers have been set free. They have been granted remission by the government of Gujarat. And they were welcomed by their community with garlands and sweets as though raping, murdering, killing and tormenting are heroic deeds!

To this day there’s been no closure to the manic killings and rapes of 2002. How can there be, if survivors-victims are marginalised, bruised and living in fear, and at the mercy of those who run the system? Can we dare to visualize the trauma of Bilkis Bano? And what she has endured from the time she was raped, her three year old daughter was battered in front of her eyes and members of her family were murdered? She, and her family that remains, have lived in fear ever since that dark day.

Bilkis Bano must get justice. The fact that her rapists have  been set free speaks volumes of our decaying system, of the breakdown of basic norms and values, of the  hollowness of the political speeches of the rulers of the day when they  talk of ‘naari shakti’. The chasm between morality and legality has widened to such an extent today that justice cannot be expected any longer.

Where are all the leaders, who during election rallies shriek that they will do this and that for their ‘Muslim sisters’? Of course, their so called concern for the Muslim women always sounded bogus. The Hindutva dispensation, seemingly obsessed with grabbing votes of the minority community, has done nothing till this day to reach out to the Muslim survivors of the pogrom. Fact is that the Muslims are too scared to register complaints against the culprits because they worry about the aftermath of the Right-Wing brigades taking revenge, making life  hell for them.

I have been hearing about this from Muslim women victims of the various communal carnages that have taken place over the last couple of decades. In the year 2006, during my visit to Ahmedabad, when I interacted with the families, it was apparent that the Muslim populations of Gujarat were living in fear. And there seemed no respite for them in sight. 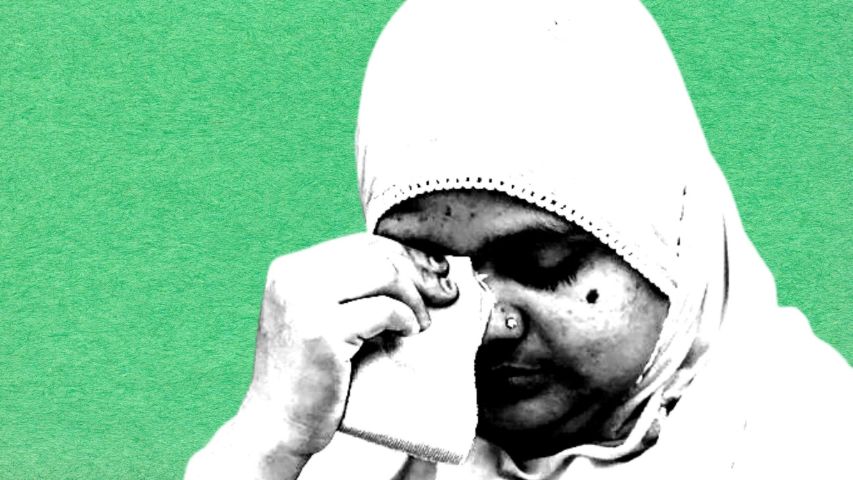 Many of the survivors were terrified to return to their homes. Mothers spoke of their ‘lost’ children, not just in pogroms or encounters but also during the aftermath. Muslim families put their children in hostels far away, or sent them to distant relatives, so that they survive. Women spoke of the emptiness they felt - they had lost everything in those riots and targeted attacks upon them and their families.

A large number of Muslim families were forced to sell their land at throw-away prices, threatened so they move from their ancestral properties to urban ghettos. Right-Wing forces came up with slogans like ‘Welcome to  Hindu Rashtra’ and pushed Muslims out of the mainstream. One activist said to me, “Today, in 2006, the situation is worse than 2002,  with several Muslim boys even thinking of changing their names - from Abdul to Amar. After all, Muslim youth get picked up by the police, illegally detained and severely tortured before they are sent to judicial custody.”

Even children were not being spared. News reports of May 18th 2006 stated that in Vadodara, bodies of two Muslim children were found in a particular Vishwa Hindu Parishad (VHP) politician’s car! But as was expected, no follow up happened and the facts were buried along with the bodies of the two children.

Muslim women in Ahmedabad told me that when the pogrom was peaking they tried calling the police and the response they got was, “Go to Pakistan! Get lost to Pakistan!” They also narrated one incident after another, where Muslim families were finding it difficult to get treatment at government hospitals, or to get ration cards and bank loans. Several Muslim women wanted to say more but pursed their lips murmuring, “Our sons have been booked under POTA, if we speak it could ‘worsen’ their cases. A Muslim in Gujarat cannot speak. We have to sit silent!”

I'm reminded of what one well-known dancer-activist had written in the backdrop of the Gujarat situation: “In  Gujarat people are so terrified that they are  silent. They are to be made voiceless. How does it matter how rich you are if you are voiceless!"

Today, of course, the situation has become further grim - the convicted rapists and murderers are honoured. And while I key this in, I’m reminded of the killers of the Best Bakery of Gujarat, who were also set free. In this particular case, human beings were burnt alive. Bakery Barbarism, as it was called, was the most gruesome incident. Then came the acquittal of the culprits who had charred to death several people - a majority of them were Muslims.