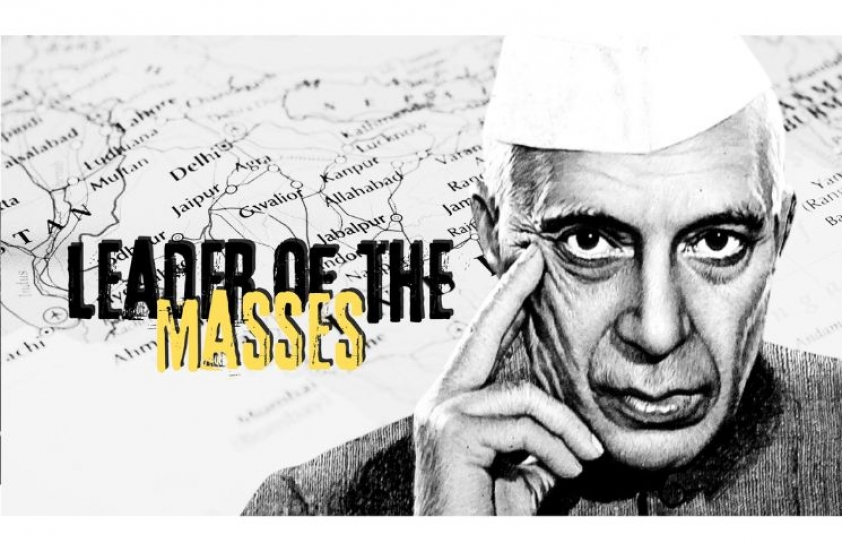 Pandit Jawaharlal Nehru, builder of modern India, was indeed a statesman and leader of the masses, writes Humra Quraishi

Politics has reached such lows that the Right-Wing regime of the  present times seems bent on bypassing the role played by Pandit Jawaharlal Nehru. He, the builder of modern day India, was no ordinary person because he was a statesman. He was loved and respected by all the citizens of his country and also those from other counties of the world.

Shockingly, in these times there has been systematic distortion of significant historical facts, blatant moves to change the core values on which our nation was built. Twisted and incorrect versions of the political past are being mainstreamed deliberately through a lapdog media, which has been hijacked and forcefully deprived of all its rights and liberties.

Around the autumn of 2016, news-reports had come in of the then Rajasthan government’s plans to remove, from the text books, a particular chapter on Pandit Jawaharlal Nehru. It was at the time a BJP government in the state, which had taken some decisions that  included removing focus away from Nehru and his contribution to nation building.

Why should this generation or future generations sit deprived of details about a statesman like Nehru? ‘Panditji’, as he was popularly called, stood for democratic values, for the rights and dignity of the minorities and the disadvantaged. Yes, communal attacks did take place even in his times, but they were brought under control and a guarantee was given to the people affected that justice would prevail. Because of that, he was looked upon as a saviour. Everybody felt a sense of security because he was a secular man himself. I’m  certain that if Nehru was around, it would have been impossible for the extreme Right-Wing forces to have destroyed the Babri Masjid, or for that matter, the Gujarat and Delhi pogroms to have taken place. The Hindutva lot, unleashed upon minorities to terrorize them, too, would never have found agency. 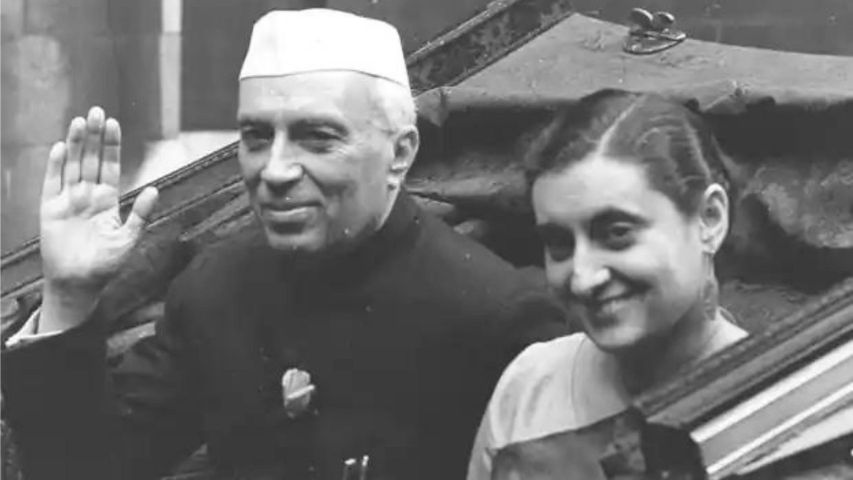 Fact is that Pandit Jawaharlal Nehru was a leader of the masses. He was respected and loved by all segments of society; people from different faiths, religions and regions. I vividly recall seeing my maternal grandmother, Amna Rahman, cry out in deep anguish when she heard the news of the passing away of Jawaharlal Nehru. I was too young to comprehend the connection between her tears and Nehru’s death, but to this day I remember the words she spoke. She told me that Nehru was a saviour of the masses of our country. And much later she had explained to me that in a democracy it is not important to have a leader from a minority or majority community but a  person one can respect and look up to - someone who the masses can trust.

And years later during some of my interactions with Muslim communities in the country, when the topic of the Partition would come up, I was told by men and women both, that their forefathers had  opted to stay back in Hindoostan expecting that leaders of the stature of Pandit Jawaharlal Nehru would lead the country so there would be a sound and a just administration. No, they couldn’t have imagined, not even in their wildest dreams, that a day would come when the leaders themselves would be driving the nation towards a Hindu Rashtra in the most undemocratic ways and marginalising the minorities in the manner that it is taking place today.

Nehru was respected worldwide. His stand on Palestinian issues were strong and remained unchanged. His views and policies vis-à-vis the Middle East made the Arab world tilt towards India. Arab lands and its people were strong allies of  India. I remember the receptions hosted in New Delhi by the Iraqi envoys in a sprawling bungalow on Prithviraj Road, which was gifted in the 1950s by Pandit Jawaharlal Nehru to the first Iraqi envoy posted in India. At the reception, the Arab envoy recounted Panditji’s popularity amongst his own people. Even after his passing away the Arab governments and their people held that same respect for his daughter, Indira Gandhi.

In those early years, I had attended press conferences of the Palestinian envoys to India and witnessed the emotions they generated among the Indian masses. I do recall that warm hug that Yasser Arafat gave Indira Gandhi when she hosted an elaborate reception for him in New Delhi. Indira Gandhi’s office had sent invites to even middle-rung Muslim families besides the usual list of the who’s who. No overhyped statements. That was the phase of Government of India’s close bonding with the Arab countries. Well, the foundation of that bonding was laid by none other than Nehru.

Nehru, and his role in building the country’s democratic infrastructure can never be bypassed or overlooked however hard the extreme Right-Wing forces try. He stands tall. He will always be remembered.

After all, he was a leader of the masses.