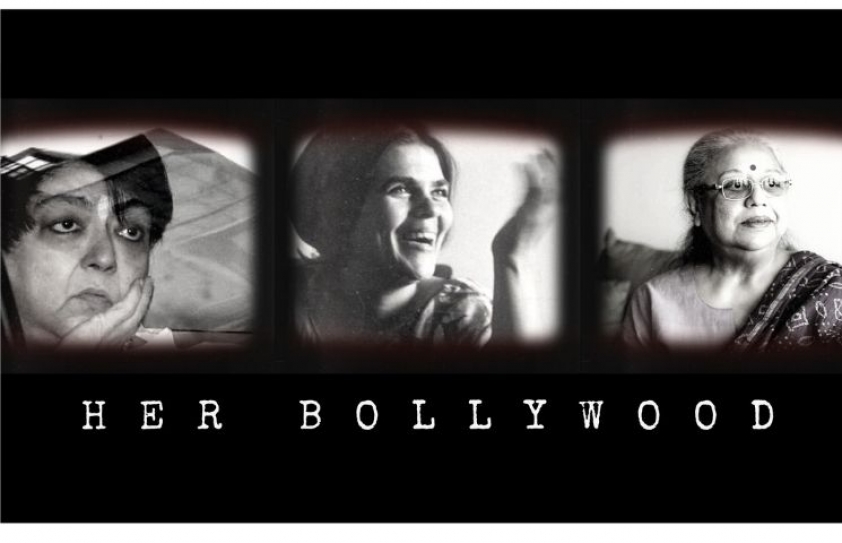 This is a book that has been waiting to be written for a while now. An absolutely riveting read that sees you alternately excited and hopeful,

It has been a corner always, there in a shooting set, but never taken serious note of - the writer’s corner. It makes visible those brilliantly talented women who have crafted the scripts of such unforgettable films like Garam Hawa, Shatranj Ke Khilari, Prem Rog, Chashme Badoor, Rudali, Lamhe, Monsoon Wedding, Qarib Qarib Single, Piku and I Am, to name but a few.

It highlights women names of whom might have been noted rather faintly by the viewers unless the writer doubled up also as the director as in the case of a Sai Paranjpye or Kalpana Lajmi. Yet they were the names that imagined some of the stirring moments in our cinema, fleshed out some of the soulful dialogues treasured in our cultural memory as the signature lines of a generation - just like Salim-Javed or Gulzar have attained cult status as game changers of Bollywood cinema. Published by Women Unlimited, this book of encounters tracks crucial stages in the emergence of a full-fledged script penned by women.

A vibrant feminist awareness in India has berated Bollywood for its sexist stances, its double standards and shoddy treatment of women as artists and characters on screen. While this holds true by and large, all through the history of Bombay film industry a few formidable women have been doggedly trying to tweak the gendered assumptions in so many bold and creative ways through their pen. They have been trying through a line, a word, an angle or even a heavy silence to bend the stereotypes (both male and female) and erase the gender divide in nuanced ways and to foreground the voices of women. Their stories and plotlines have tried to tune themselves to the changing times and sensibilities, in the tenor of man-woman relationships, in the dreams and desires of women.

It is this process of  straying away from the clichéd and formulaic thinking that Anubha’s book invites you to follow, through the journey of writers spanning generations; from stalwarts like Shama Zaidi, Sai Paranjpye, Kalpana Lajmi and Honey Irani, those who have collaborated with directorial legends to the comparatively more recent entrants  like Juhi Chaturvedi, Shibani Bathija, Bhavani Iyer, Devika Bhagat and Sanyuktha Chawla Shaikh. It is not a leap across time but a steady continuity through stellar contributions by Sabrina Dhawan, Sooni Taraporewala, Tanuja Chandra and Urmi Juvekar. 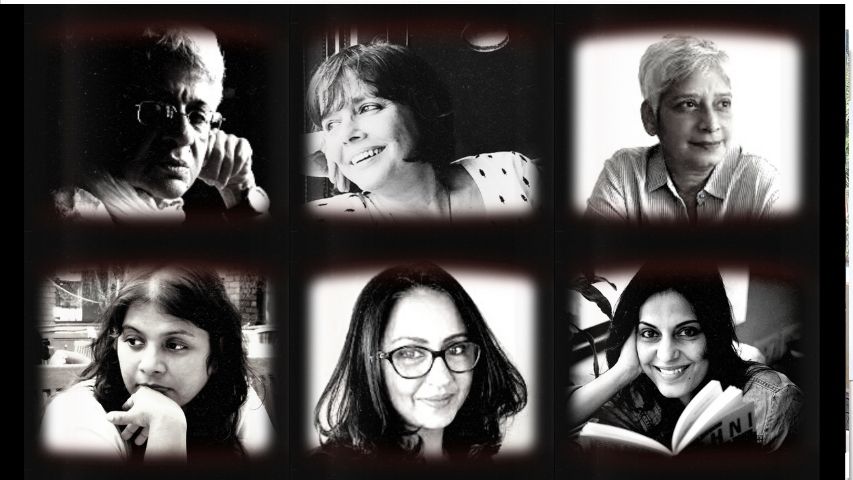 An incisive foreword by Anjum Rajabali sets the tone for these reminiscences where he recounts the history of screenwriting and the many privations these writers have had to grapple with. It is a piercing indictment and chronicling of the criminal neglect the scripters have had to encounter. In her theoretically astute introduction, Anubha herself grounds these engaging conversations in India’s film history, mapping out the complexities and alerting us to the fine differences among these writers who are “talking as women screenwriters and screenwriters who happen to be women.”

An even more fascinating chapter follows this on the pioneers in screenwriting like Jaddan Bai, Fatma Begum, Ismat chughtai and Protima Dasgupta. And Anubha takes to task the ‘archival silence’ in the existing scholarship on Indian cinema and its erasure of the solid contributions made by these compelling women to scriptwriting even while listing their achievements.

These conversations, thick with anecdotes and memories, are structured in such a way as to give the reader an uncluttered read. A difficult feat indeed given the range of experiences each screenwriter has to offer. But a clear and sharp organization of material ensures an even tempo and clarity of ideas. Each conversation touches upon vital aspects of screenwriter’s life although with varying emphases. Passion and pains of creativity, words tempered by the visuals, working through several drafts, the highs and lows of the craft, the joy of success and the fear of failure. And being women there is the added force of discrimination and fear of exploitation making smooth experience on a film set a veritable dream, which some are lucky to have.

Each narrator delves deep into the nitty-gritty of the process from the first idea to the realization on screen by the director - a tricky, bumpy journey where the writer has to stand back at certain moments and watch her text reshape itself into quite a different spirit and being.

Anubha has put together a book that is simultaneously entertaining and instructive to the lay reader and the specialist alike. It regales you with many a recollection from the makings of landmark films, which we have enjoyed and treasured. It can also be a most inspiring helpmate to a fledgling in the field who needs to steel herself for the cuts and bruises. Even as the book soars into the creative ecstasies of each writer it also hits the hard ground of economics, law-suits and long drawn out desperate negotiations for due credit in the history of screenwriting. 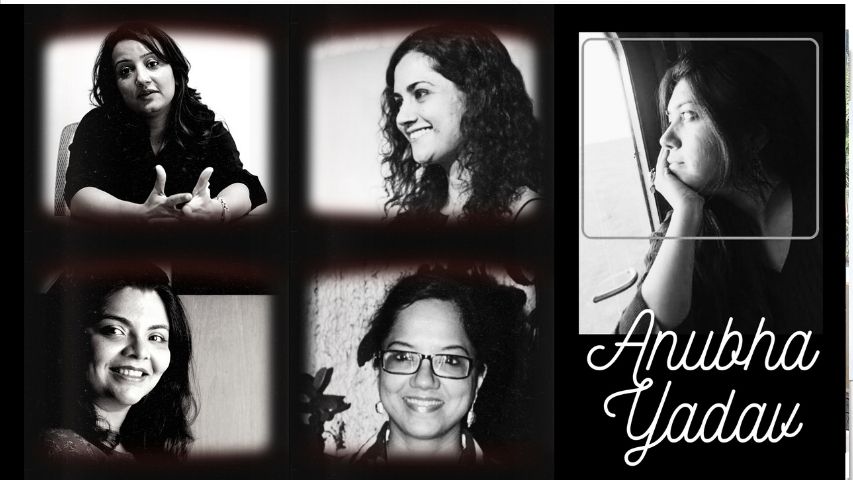 We see the labor and sweat behind the glamour and magic. We witness the ways in which bold choices are made to add or delete a word or gesture, to make a character powerful as in Kalpana Lajmi’s Rudali. You have amusing incidents to revisit again and again as in Sai Paranjpye’s remembrance of her experience with Naseeruddin Shah and Farooq Sheikh in Katha. While some of them dismiss the allegations of discrimination and misogyny in Bollywood as insignificant we cannot be oblivious to the indignant notes struck by people like Sabrina Dhawan, who wants to ‘smash patriarchy‘ to ensure a more fulfilling creative output in this field.

Almost all the writers have their ears close to the ground absorbing the pulse of life and people around them. Each read is engrossing as Anubha has been able to tenaciously draw out the intricacies of their creative process beginning right from their childhood influences. With a rare combination of academic rigor and empathy she has been able to draw them to talk at length about the inner workings of a script. Each person has her own mode of working, her own way of interweaving the personal and the professional and transmitting her own instincts to the next generation. So you have the mother daughter duo Kamna Chandra and Tanuja Chandra - through their recollections we can trace curious continuities and breaks in film writing. Honey Irani’s forays into science fiction and psycho thrillers with equal aplomb make us sit up and realize the several ways in which the glass ceiling has been busted.

Anubha’s work fills a serious gap in our understanding of cinema and deepens our idea of the collaborative dimension of filmmaking. This is a precious documentation, which enriches and transforms the discipline of film studies considerably and directs our gaze at the other dark spaces still to be explored in the area. The layout is easy on the eye and reader friendly as each conversation begins with a bio-note on the scriptwriter, followed by a sample page of their scripts, which gives the distinctive stamp and flavor to the narrative that follows.

At the end of the book the reader is filled with a deep sense of gratitude to the author who has taken such earnest efforts to make such a brilliant offering. It also leaves us wondering about the omission of scriptwriters like Sutapa Sikdar, Zoya Akhtar or Reema Kagti. But then we do remember that the author has already clarified in advance that this is not an exhaustive work intended to document all the women screenwriters. “Instead, it is an effort to create a conversation on the art and science of the screenplay form and the gendered presence of the woman practitioner in Bollywood” - which is a promising sign of more books to come!!!