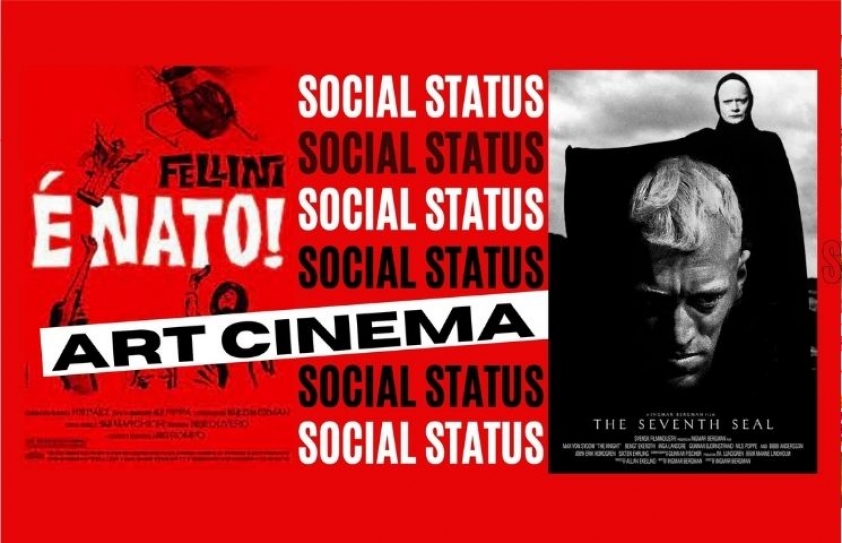 Now that the Kolkata Film Festival is done and dusted, Monojit Lahiri does a checkout on this contentious issue.

It was a good, grounded and witty friend who, post KIFF, brought up this topic. “You are a Bong living in the so-called Culture-capital, so tell me, why is there always a funny smile, a tragic sigh, a soulful nodding of the head, raising of the eyebrows and sentences starting with a fatigued? How can you bear to enjoy those films? I can’t sit through them for more than 5 minutes! This is mostly followed by speeches on the masters, ending invariably, in hushed tones, about Cahier Du Cinema? Do enlighten a lesser mortal, residing in Versova, the heart of Masalaville!”

After I laughed loud, hard and long, I consoled him by admitting that I fully agreed with his observation. There indeed exists one hugely hyper section of people who can effortlessly provide you with discomfort and complexity if you aren’t in love with Fellini, Kieslowski, Kurosawa, Antonioni, Bergman and Almodovar, and they make you feel like a moron lacking in the proper cultural pedigree; a 7-star dumbo in the speak-converse-debate-enlighten department!

I gave him a little brief on Cahier Du Cinema, its importance and significance and he re-entered the conversation with all guns blazing. “Thanks for your Cahier yak, but what’s the big deal about a 1950s museum piece, French new-wave mag making such a hoo-haa with a bunch of about-to-pop-it antiquated bozos? This is 2022 for chrissake! Even the Pandemic appears to be on the way out. We are not historians, academics or critics, yaar. Dump the paralysis through analysis crap and get a vaccine for these killjoys! As the super song in 3 Idiots went... Give me some sunshine...”

While I disagreed with his sweeping and flamboyant dismissal of anything beyond the Bollywood entertainer, I totally rocked with his pulling the trigger on the species that have a cardiac arrest if you haven’t heard or seen Battleship Potemkin! Or you’ve (snored?) through many of the revered gems showcased in the film festivals, raved about by people, most of whom are totally clueless about why exactly they are feeling so viagarized on seeing unfamiliar, grim, esoteric and metaphysical content exploring the human condition. It’s hysterically funny checking out their response when asked about their opinion; post the screening - a confusing, bewildered, ashen smile! 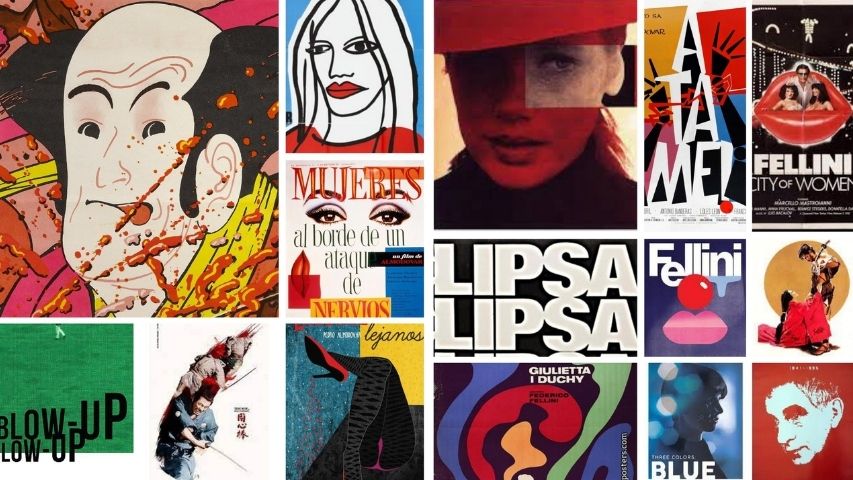 The answer to this million-buck question actually lies in the fact there are three kinds of audiences that hit this territory. One, a minority who genuinely wants to see, enjoy or be initiated into this alternate space and believe that with time, patience and discussions, it will get the true meaning of these gems and begin to connect with them. Two, people who are curious and open about this genre and want to check out these soul-uplifting masterpieces raved about by their arty friends. Three, and this is the section in question, the cultural wannabe’s desperate to hit the “respectability and fitting in” button. Ordinary people who can’t be accused of sensibilities or interests beyond the entertaining blockbusters, but crazily anxious not to be perceived a frivolous or passing time BUT as sensitive connoisseurs who look at cinema as an agent of change, truth 24 times a second, artistic exploration of linear truths that reside in the human soul. This, they believe, will give them a special aura, status and will allow them to enter the charmed circle where their book-jacket-inspired comments and coffee-table wit will be applauded by the like-minded frat!

To each his own, but the problem with this attitude is the hi-decibel inflicting and imposing of opinion on the unguarded and uninterested guy’s throat with aggressive force!  The 'My way or the highway' thing, frequently followed by the (yawn!) gyaan of how masala films have ruined the taste buds of the nation, how compulsory film education must be kicked in ASAP blah, blah, blah.

While the intent may be admirable, it is this fierce, non-negotiable thrust that demands enquiry. The lack of tolerance, the condescending look and tone of the wild-eyed art-wallah at anyone who stoops to sample things beyond the gems could get an unguarded, weak-kneed bloke to start writing his will, or seriously considering which exact spot is ideal to leap from his 20th floor balcony!

Fact is, taste and the desire to want to be challenged (not spoon-fed or catered to) depend mostly on the environment in which one has grown up and family, education, cultural and social influences that have shaped and formed one’s sensibilities.

Sometimes, it is also acquired through the company one keeps and at other times (very rare, though), it is instinctive. These are factors to be considered before flaunting cultural superiority because the recipients are creatures of a lesser god. They are therefore unable to connect with complex or thought-provoking content that demands solid participation while viewing a film. To the everyday audience, movies still spell entertainment, a blissed out escapist trip to the never-never-land-of-happy-ever-after! Their instant retort is: Why should I pay and think? It’s your job to think how best you can entertain me and you better get it right, or else...! Fly me to the moon and let me play among the stars...

Ultimately, it really boils down to live and let live. Forget the obsession of playing Masterji and evangelist and trying to convert every non-art house soul to a disciple. Most will either ponder how you’ve been actually certified sane, vanish from sight every time you enter the frame or wonder what terrible things one did in one’s last life to suffer these OMG moments. 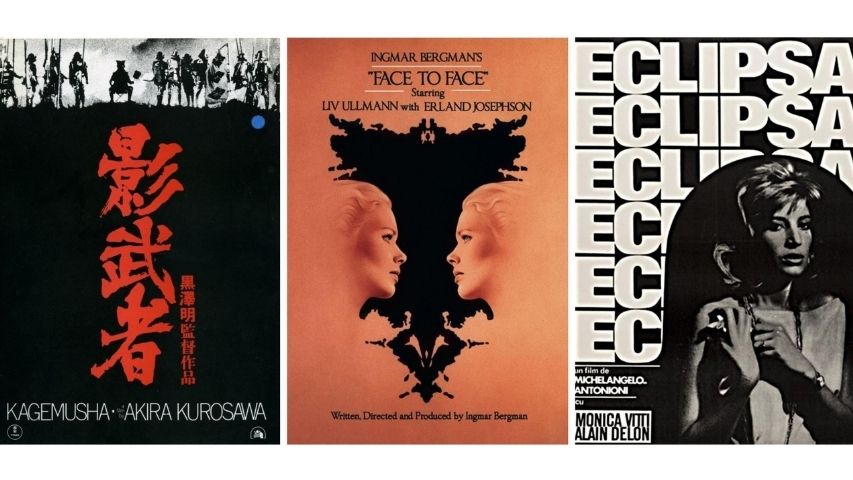 It also reflects poorly on these self-styled brand ambassadors of this genre because it shows them off as uncivilized people, pompous and self-righteous, the definitive, argumentative Indian who must prove his point, come what may. It doesn’t strike them that beyond bad manners, the lesser mortals are not obliged to listen, do cartwheels or go down on bended knees with gratitude for these pearls of wisdom. Labeled Mr. Bak-Bak and boring, they are likely to head their drop-dead list of creatures the world should quickly forget!

At a personal level, the two amazing exponents of the inclusive, pluralistic, accommodating and reach-out school have been my late dad-in-law, Mr. Chidananda Das Gupta and filmmaker Shyam Benegal. Both were curious, interested, attentive and listened intently to your raves about Bollywood films, eager to pick up any new insights they may have missed. Das Gupta, while not really into the mainstream commercial, was always enthusiastic and eager to remain updated about trends in masala land and I remember how excited he was, years ago, when I explained to him the Angry Young Man phenomenon gripping Bollywood as well as the masses. Benegal was of course completely in tune with the times and so, whether it was Kieslowski or the Khans, his takes were always engaging and fascinatingly insightful.

Neither of these eminent personalities ever offered gyaan or flung hard-to-pronounce names of world cinema with affected flourish. Nor were they humoring or indulging you. They simply and interestingly decoded the best of the alternate cinema and suggested, along with the masala stuff, checking some of their material.  It was always done in a warm, friendly and seductively unthreatening manner and always with a good word for the commercial cinema because they genuinely saw lots of good things in many Bollywood films.

In a world filled with Guru-giri or posturing, it is hugely gratifying to follow the itinerary of sane, imaginative and cultured minds, showcasing civilized discourse, drawing readers and people into a space where even the most complex filmmakers and films become intimate companions. Theirs is the art of demystifying cinema without making confusion more confounded! Clearly there is a lesson somewhere for both, the learned Gurus of Cinema or the one’s posturing as devotees of Cahier Du Cinema.

Will they pay heed or quietly go back to Heropanti once their annual cultural fix is done? Over to you!