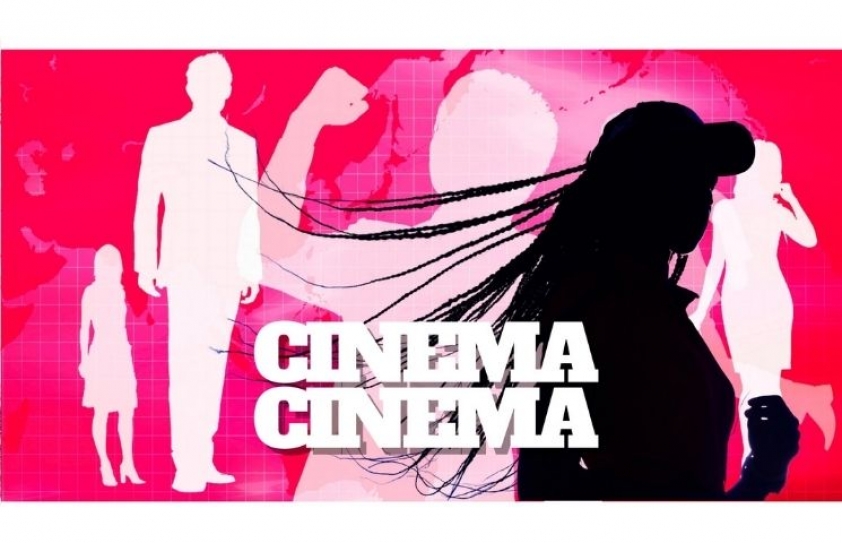 An Art form, a masterpiece., pretentious nonsense, a waste of time and a passion, writes Shourya Sinha, as he deconstructs what movies do you.

In our current day and age, it's difficult to find someone who hasn’t watched a film that hasn’t in some way affected their lives. World Cinema is an art form that has been around for only a bit over a century, and despite how short this may seem in comparison to others, it’s become something that has touched every corner of the globe, has undergone several developments that the filmmakers of yesterday could never have dreamed of, and has impacted the lives of billions.

The first movie, Roundhay Garden Scene, was made in 1888, which only lasted 1.66 seconds and was filmed in England. Following this, the medium exploded across Europe with pioneers such as the Lumiere Brothers and George Mellies pushing the boundaries of what could be done with strips of celluloid. This innovation travelled to the US where the first narratives were constructed, which soon became the classic westerns of the 1930s, morphing into the Golden age of Hollywood, with classic detective noirs and feel-good tales that have become cult such as Casablanca or Citizen Kane. These films inspired the Japanese Golden age, with countless Samurai movies based on Shakespearean tales, inspiring the French New Wave, where young Frenchmen played with the medium, breaking every rule in the book, pushing the boundaries of what was possible in edit, sound, and story, like the earlier European pioneers did before them decades earlier.

These new films made their way back to the US where the new age of classic gangster movies and crime thrillers of the ‘70’s morphed into over the top action extravaganzas of the ‘80s, which brings us to today’s large blockbusters using technology like VFX and CGI, to bring to life stories, characters, creatures and worlds that could only be previously achieved through text and painting. Almost 134 years have passed since the birth of the medium and as we learn more about what one can do with the camera, actors and computers, this trend of innovation is unlikely to stop any time soon nor will the new stories we will see brought to life.

Film is an art form that encompasses every other. Its use of photography can be seen in the lights, which cinematographers use to establish the tone and mood of a scene, and the complex choreography of dance can be seen in the way every actor moves in tandem with the camera to portray their personalities or emotions. One can see the presence of literature in the scripts, and the words each actor says, the rhythm and subtext used in each line to build a narrative that moves the plot forward, and these mere words can make us erupt in laughter, cower in discomfort, or bring tears to our eyes. 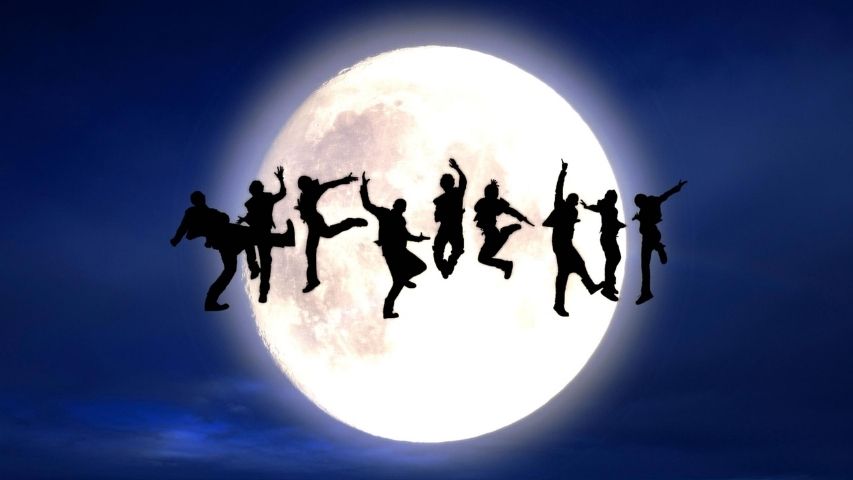 The use of architecture and fashion, in the worlds the characters inhabit, and the clothes they wear, not only show us where they are, but also inform us of the world they are living in, how they view themselves, and how they show themselves to others. Lastly, and very prominently, the use of music that reminds us of our past, invokes feelings in us without a singular word or visual, and become the themes that we hum weeks after our first viewing.

Films show us newer worlds as they evolve, the diverse universe the directors live in; those plucked from their imagination and memories. A recent memory I have is of the film Aparajito by Satyajit Ray. The film follows a boy called Apu as he grows up in Varanasi in the 1950s and moves to Kolkata for his studies, and the relationship he has with his family during this time. This is a film that transported me back to cities I had been to countless times, to the times when they were mere fragments of what they are today - it took me back to when my grandfather was a young child, just like Apu, roaming around, living with his family, and doing his studies.

Cinema being a global medium is one that transcends language and time, and with an ever-popular historical or one based on a true story film, we are able to relive moments such as the story of the Indian Cricket team winning the World Cup in the film ‘83, or the lives of American high schoolers, on their last day of school in the 1970s in Dazed and Confused, or the life of a Jewish father, living in Italy during WW2 in La vita è Bella (Life is Beautiful). Though these films often take creative liberties with details of the time periods, they keep the core and soul of the places, and we get to experience these worlds on the silver screen.

These worlds extend beyond those we see in our lives, in the way of rich fiction, brought to life in ways we could’ve never known otherwise. From the magical wonder of the Harry Potter movies to the futuristic planets of the Star Wars movies, or the elite, classiness of the Grand Budapest Hotel - worlds that we dream of inhabiting because of the rich details in them, created by the film crew, and worlds that we could only see on paper, or in our minds, brought to life through miniatures, large sets, and computer effects.

The reason I believe cinema has become such a global phenomenon that has stood the test of time is because of how it affects all of us as people. When a truly skilled artist fulfills their true vision, a film with enough power, passion and meaning can impact us as a people, and a community in ways we couldn’t fathom. Examples of such include the movie Fight Club, which led to the creation of several fight clubs all over America, Avengers Endgame, bringing together millions of people, who woke up at the oddest of hours to experience an event they waited months or even years to see, in rooms full of people equally excited as them, with crowd reactions engraved in their memories forever. Or the movie Jaws, causing a decrease in beach attendance, during the summer of 1975, as moviegoers were terrified of being eaten by a Great White Shark! 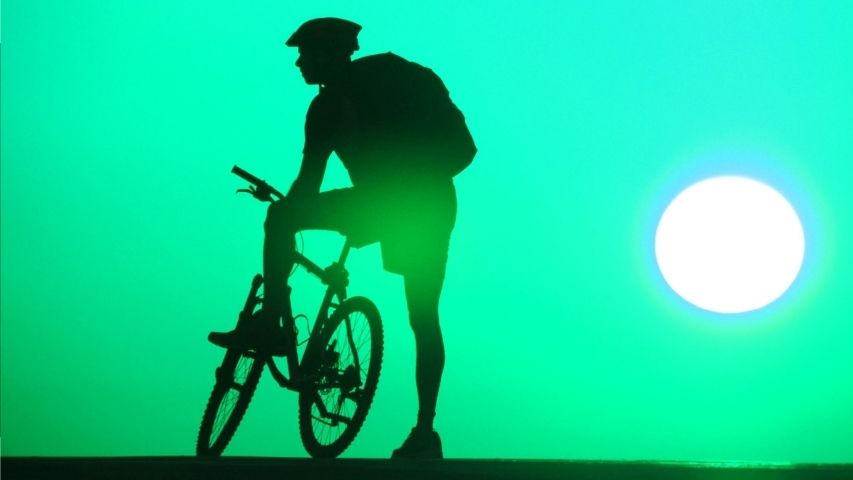 Films have an undeniable impact on the culture and world around us as well, but based on my recent experiences, the effect films have on us as individuals, is far more powerful than us as a community. Almost everyone you know has a favorite movie, and the reasoning behind it can change depending on the person and with time. Some may enjoy it for the characters, others because of the similarities they see between themselves and the situations in the movie, and some because of how they changed. There is usually a combination of all of these factors, but the overlying truth is undeniable, everyone has those reasons as to why they love a specific movie, and why they’re so drawn to it.

In the case of two of my friends, the movies Star Wars: The Last Jedi, and Cars 2 take them back to the time of their youth, and the nostalgia associated with the movie, as well as their following obsession with everything related to it. The memories of said interest and fixation toward these movies are something they look back at fondly, and even today I can see mementos of these films in their houses, with one naming their dog Leia and having fake light sabers at their houses, while the other has toys from when he was 5, that he used to play with all day long. Another example of such is in my father, with one of his favorite movies being the Good the Bad and the Ugly, a movie where he saw traces of the main Trio in many stories he saw/read about in following decades. Also his habit of whistling, given to him by the iconic theme by Ennio Morricone, which I can still hear from him every now and then from my room.

Ever since my bored 11 year old self turned on the TV in the hope of finding something to do amid a global pandemic, my passion and knowledge for films have exploded, with me making my own short movies at home, reading up on trivia, finding out every part of the process involved in making them, and discussing them in excess with my friends and family. The great appeal of cinema, especially for someone obsessed, is that there's always something you have to talk about, especially the art form; every film has something new to offer. There is always more to discover, explore, learn, and fall in love with, each movie takes you on its own little journey and I for one, excitedly await the many places I’ll travel to as time progresses.

It’s amazing how the right movie can influence so many decisions in your life, that it can bring you closer to people, it can show you a different place or time that's out of your reach, or that it can give you role models that you emulate in your daily life. Not every film is made the same. Some are better than others, and this changes with every viewer and their experiences.

But when you see that one film, made by a group of people who put their heart and soul into every 24th of a second, with a message or idea that stays with you long after the initial viewing, that is something truly special. And though you can age, the world can change, and you’re moving to different places, there will always be movies you have yet to see that you won’t be able to stop talking about. Whichever movies they may be, we just have to wait and see.

Is a woman incomplete if she's not a mother?

The ‘Jaadu’ of the iPhone & Dilip Kumar