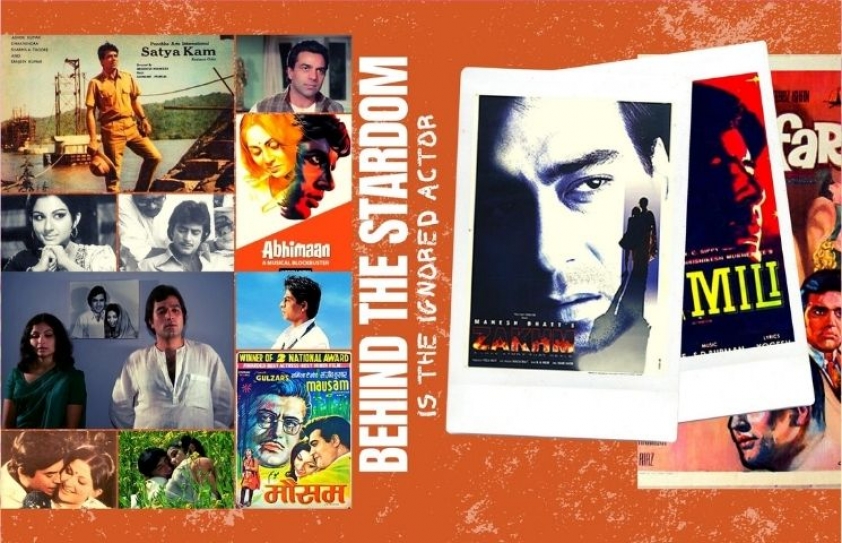 It was some insightful words tossed out casually by a film critic, whose opinion I value, that triggered this article. He said “Bollywood doesn’t need actors. They want performers. It’s not acting but audience-friendly posturing that is their main agenda. If that wasn’t the case, the career-graph, status, mass-appeal and box-office credentials of true-blue actors would have touched another level.”

This POV challenged me hard and long when I was re-watching a replay of Hrishida’s Anand. Rajesh Khanna (of the blinking eye and nodding head that drove his zillion fans crazy) was the definitive superstar of his time, right? His mannerisms, ada, style of speaking, dancing and romancing, especially with his favourite heroines, Sharmila and Mumtaz, was the stuff his female devotees fantasised about, right? However, in the Hrishida films (Anand, Bawarchi, Namak Haram) notice how the trademark mannerisms were kept to a minimum and Khanna was closer to the character he was portraying? Ditto case with Asit Sen’s Safar and Basu Bhattacharya’s Avishkar.

Jumping Jack Jeetu, too, went into reformist mode with Gulzar’s Parichay, Khushboo and Kinara. In more recent times, even the King of Romance, SRK, showed a different side in Chak de and Swades. Ditto stone-faced Ajay in Zakhm. Earlier on, Sharmila with Avishkar, Grihapravesh, Mausam, Safar, etc proved that Ray did not repeat her in his films for nothing and Mumtaz with Tere Mere Sapne showed that she could deliver, when challenged.

Among the newer lot, Kareena showed her acting mettle long back with Chameli, Sreedevi with Sadma, Priyanka with Barfi. In recent times, Deepika, Madhuri and Alia have slammed home winners to show that beyond the glam, sexy, jhatak matak, manufactured smile and (gasp-pant!) body language lies a storehouse of untapped talent. So, the question is: Given an opportunity (role, plot and director), can’t stars also shine in roles that challenge their histrionic abilities? 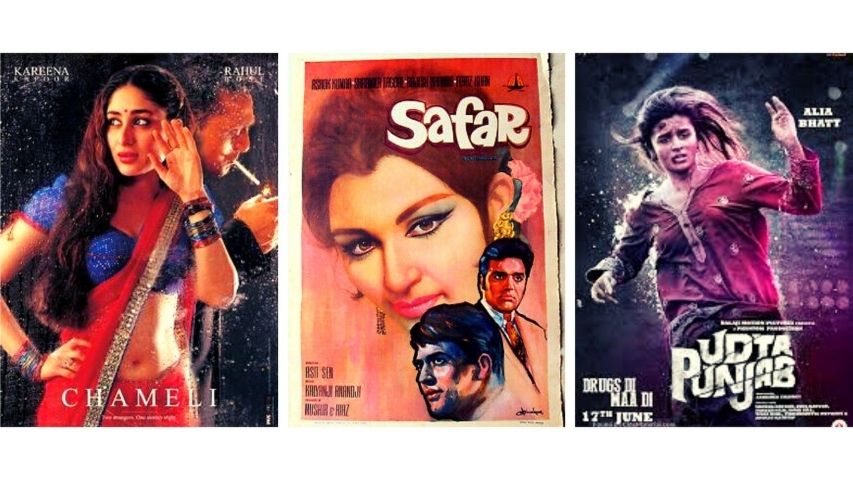 As always, the opinions are polarised. Kolkata based Ayesha Sen thinks it’s a big joke! The 28 year old film buff believes that the examples stated are clear indications of stars trying too hard to act. “Parichay scored big because of Gulzar’s content, direction and music. Jeetu’s Gulzar-like moustache and sober disposition was thirty-sixth from left! Anyone who raved about Jeetu’s acting ability should have his/her head examined! In front of the kids, Jaya and Sanjeev, Jeetu was a cipher. Getting Jumping Jack to act (away from those cheapie horrendous Sridevi-Jayaprada stuff rolling out from the South) was like trying to extract moonshine from a bhindi!!”

Harsh words indeed and not down Kumkum Sinha’s alley at all. The 35 year old Mumbai housewife believes “that there is a persistent, wrong and unfair preconceived notion that Stars CAN’T act. They are there only to attract audiences with their looks, glamour, sex appeal, dialogue - baazi etc.  Serious stuff? Leave that to the NSD/theatre Art house junkies who specialise in de-glam/realism celebrating the human condition! This POV is firmly jammed in the prejudiced mind of the anti-Bollywood types for whom real acting is doing the bhooka nanga roles in films that attempt to depict cinema as a social science diagnosing the ills of modernity; a mirror; an agent of revolutionary change that shows that the much-touted Emperor, actually has no clothes! They forget that films are not about overkill of raw acting talent but keeping the brand image of the star in mind to keep the mass-audiences tuned in. Unlike Stars, actors have no brand value or image so they can continue pounding every role as if they are auditioning with their future dependent on it! Besides, Bollywood demands a special kind of acting and to achieve that with success, calls for a special kind of talent. It’s time we respect that and give them an opportunity to do the other thing, with the right kind of director who is bold, sensitive and confident about extracting acting from creatures conditioned to mannerisms due to box-office compulsions.”

Wow, some rejoinder, hai na? While the two sides can continue to battle, it’s interesting to check whether behind so-called, true-blue actors is there a hidden, neglected and ignored STAR? Whether the famous line ALL STARS ARE SECRETLY DYING TO BE ACKNOWLEDGED AND RESPECTED AS ACTORS AND ALL ACTORS PINING TO ATTRACT FAME AND FORTUNE AS STARS, can actually happen? 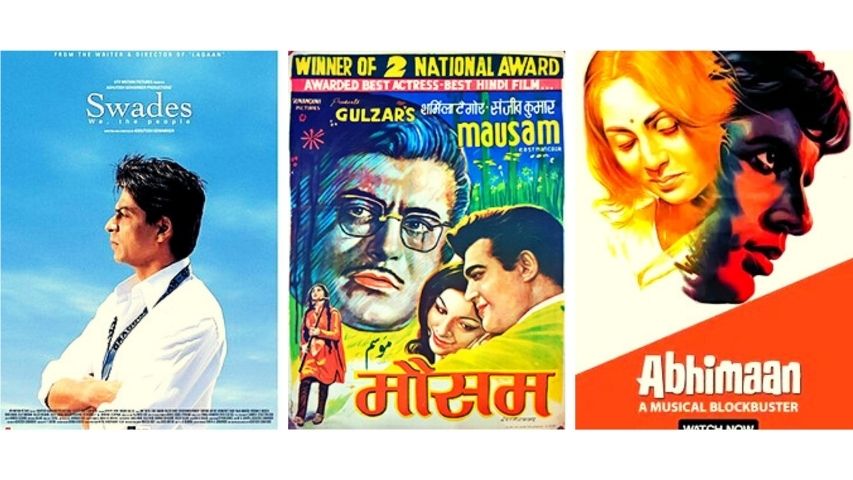 While Amitabh, Shashi, Vinod, Dharam, Sharmila, Sreedevi, Madhuri, Deepika, Alia and gang have proved their histrionic skills, the other side has thrown up a pathetic and scary track record. None of them have ever remotely registered mass appreciation or generated BO moolah on their own while attempting to bogey in masala movies. Naseeruddin Shah, the acknowledged Dada of this frat, clearly admitted that after a few disastrous attempts he realised that since his thobda didn’t exactly resemble Dev Anand and his dancing skills didn’t exactly threaten Govinda or Shammi Kapoor, it was best to capitalise on his core competence - histrionics.  Something he was trained at, in projects he believed and could seamlessly merge with and not the song-dance, dishoom-dishoom melodrama, buffoonery, championed so glossily (and successfully) by the Sapnon ki Saudagar. ”Oye Oye was a freak success but despite its popularity, I never got carried away. Masala and I are spectacularly un-made-for-each-other!” Nawazuddin in Heropanti 2 and Freaky Ali, Manoj in Baghi 2, Satyameva Jayate and their ilk can never hope to touch the star-zone… for several reasons.

Fact is wherever films are made, stars are made too, and Bollywood, like Hollywood, and unlike European and our regional cinema, is totally star-driven. In the darkened movie theatre, where wilful suspension of disbelief takes over, stars seduce fans to participate in a mesmeric collective experience that has more in common with tribal worship, myth and primitive magic.  So while Nawaz and Pankaj Tripathi, Konkona Sen Sharma and Radhika Apte may display stunning acting skills, can they ever hope to attract glamorous mass appeal like Deepika, Alia, SRK or Salman?

Admittedly, OTT has been a game-changer and the recent non-success of some big-budget Bollywood blockbusters has shaken up the Production houses and trade, but at the end of the day, as mass emotional responses go, stardom unleashes a different kind of fervour from the ones that greet the thespians. Actors invite respect and admiration. Stars attract mind-numbing madness, forever paralysing the critical faculties to blank out everything else!

So everything considered, a Star can dare to and even succeed in actor-zone but the opposite? No way! As the late, great Billy Wilder once had famously stated “one of the downers of Hollywood is that they insist on making everyone look and act normal. Some of the actresses and actors around today look and sound like my beloved nephews and nieces in Scarsdale. I love them dearly but would I pay to see them on screen??”