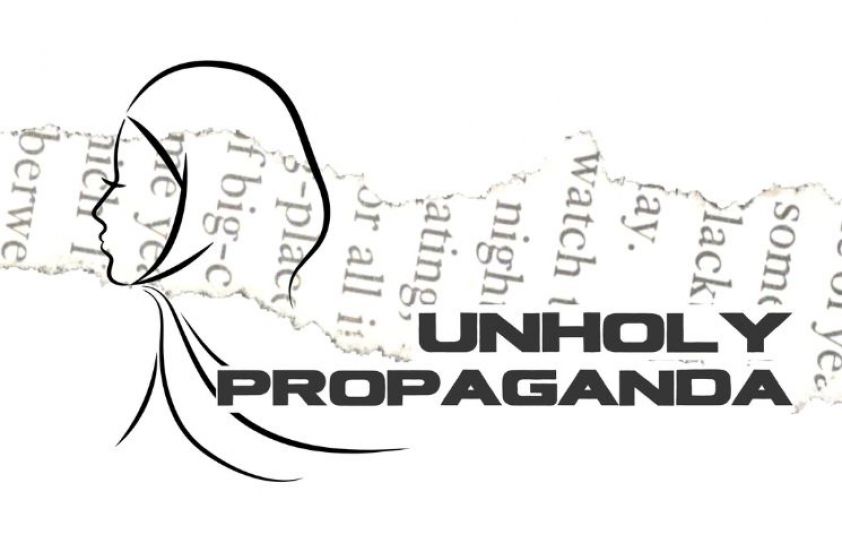 As the debate on the Uniform Civil Code rages, Humra Quraishi clears the many misconceptions there are floating around, about Muslims, because of the relentless Right-Wing propaganda flooding the airwaves.

Aren’t we facing ample challenges and survival issues, which ought to be tackled immediately? And, in the midst of this dismal scenario it is provocative and bizarre that several Right-Wing lobbies are adding lofty promises, of implementing the Uniform Civil Code, to their vitriolic political speeches.

What this move raises, and significantly, are these questions: Does the minority Muslim community wants it? Is it even asking for it? Is it prepared for it? Will it be any good for this already battered community at this point in time? Is this not deliberately designed to lob another blow to the Muslim community? Isn’t the talk to bring about the Uniform Civil Code, one more agenda to upset the already bruised Muslim community in the country?

There seems to be little focus on the stark fact that the largest minority community  in the country is lagging behind on all the socio-economic fronts. The genuine issues get bypassed in an atmosphere where only non-issues occupy the headlines. During the 2017 election campaigns  in Uttar Pradesh, the BJP’s top brass announced they would ‘ban’ Triple Talaq and that their objective was to reach out to Muslim women! To those fake promises made by them, I’d reacted, with placed for attention the following two facts:

One, if the Right-Wing was genuinely concerned about the welfare of the Muslim women, there wouldn’t be any riots manufactured by the political mafia to drum up Hindu sentiment. Not to be overlooked, either, is the fact  that the worst affected by riots is the minority community.

Two, the notion of Triple Talaq is played to the galleries, despite the fact that incidents of Muslim men divorcing their wives in this absolutely bizarre fashion are rare and also against the very essence of Islam. Needless to say that when such incidents take place they are blown out of proportion to convey to the masses that the Musalmaans are a barbaric lot!

In reality Islam has provided ample guidelines, which are either bypassed or side tracked. As the Mumbai based academic Zeenat Shaukat Ali, who taught Islamic Studies at St. Xavier’s, put it across, "Wrong interpretations and then wrong perceptions are given.” And Danial Latifi, too, detailed the crucial reason for ‘why’ he had decided to take up the controversial Shah Bano case. Why did I take up her case? It was not as though I opted to fight for her. I was watching the proceedings of this case with a whole galaxy of lawyers, including the then Chief Justice of India, Justice Chandrachud. It was then, whilst her case was being argued by a junior lawyer, that the chief justice intervened and asked me, why don’t I, as a senior lawyer, fight for her. So I had no choice but to fight for her."

Danial Latifi had made it very clear that Shah Bano got her due maintenance ‘on the basis and strength of Quran's provisions’. He told me, "First of all, despite the contrary belief, marriage is a very serious business in Islam. And the fact is that Triple Talaq is un-Quranic. Coming to the chapter on Talaq,  it is this chapter that lays down all the details including the procedure for Talaq, the  importance given to the arbitration and maintenance aspects. One  particular line from the Quran, ‘wa lil mutha laqati mataun bil maroof haqqam alal mutaqqin’ (unto the divorced woman, a provision that is reasonable in the eyes of God, is obligatory, an obligation for the righteous), is adequate to  provide her status and a decent maintenance. And whilst fighting for the Shah Bano case,  I quoted this  line and the minute I showed this line to the chief justice he said that line was enough to get her due maintenance. So Shah Bano got her due maintenance on the strength of Quran's provisions.”

Latifi was  against the Common Civil Code and blamed the BJP for making it into some sort of a political issue, "I repeat, I’m not in favour of a Common Civil Code. It is not needed. It has become a political issue and the BJP and its allies are looking for an issue and want to rake it up. I personally feel the Muslims of the country do not need it."

In this context, I must also say here that in the mid-90s, the Right-Wing brigades were shrill when demanding for the Common Civil Code. The BJP claimed they had a so called 'survey' done under the guidance of Sushma Swaraj, which 'showed' that the Muslim women were in favour of the Common Civil Code. It seemed a politically motivated survey. After reading the details of it, in the Hindustan Times, I met the magazine editor at the time, Shyamala Shiveshwarkar, and requested her to publish my counter to the survey, which she did. 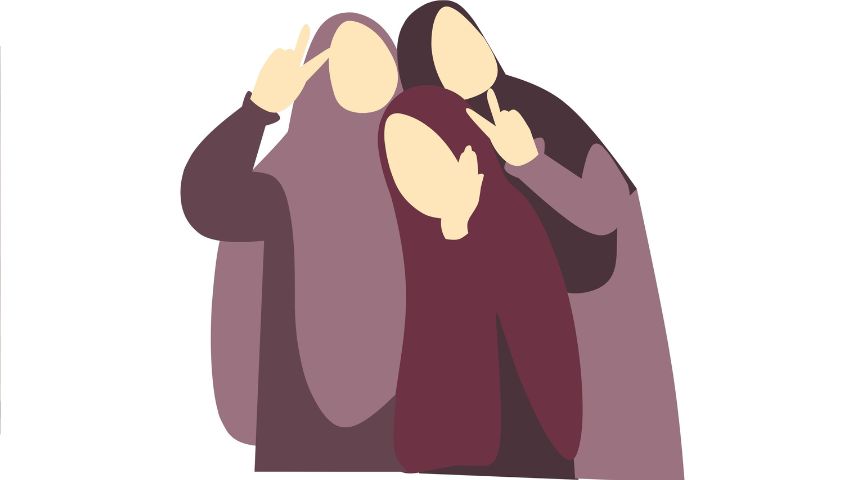 My counter raised several questions about crucial aspects of that survey - I’d asked which agency had conducted the so-called survey, and in which mohallas and bastis it was carried out. And, I’d also asked for the names and addresses of the Muslim women spoken to. As was expected, I received no response to any of my questions!

Until I was in my mid-forties I wasn't really aware of any of the provisions or clauses for women in Islam. I had read the Quran several times but without really grasping its essence. But with my marriage reaching an all-time low, I was determined to go for a divorce, and it is then that I began consulting lawyers.

The first lawyer I consulted was Rani Jethmalani. I had read her book ‘Kali's Yug’ and had heard her speak at the various forums, so I decided to meet her for legal advice. I recall telling her that I was petrified of the word ‘divorce’ but was determined to go for it, as for years I was in an unhappy marriage. And, to my surprise, she'd told me, “But it is so easy for a Muslim woman to end an unhappy marriage! You could go for Khulanama (where a woman has every right to end her marriage and with that gets ‘released’) or for Talaqnama.”

She explained further, “Islamic way of divorce is not just less time consuming but far less traumatic. Going to the courts to fight for divorce is a soul destroying  process. I discourage my clients from doing so. There are enough divorce provisions in your religion, Islam, to safeguard a woman’s interests.” The advice from Rani Jethmalani made me read books on Islam. For the first time in my life I began grasping what my religion offered to me, as a human being. What an eye-opener! If only I’d read all this much earlier.

There's enough flexibility for the woman - right from the fact that marriage is a contract and she has the equal and utmost right to end it, if she is not compatible with the spouse on any given ground. She has the right to retain her father's name or the family surname or just about prefix 'Khatoon’ or ‘Fatima’, so that, even symbolically, she is not dependent on any man. She carries the right to be answerable to nobody except the Creator. There are no mediators in Islam. With that, she owes no explanation to anyone. There's only to be a direct connection with the Creator. With neeyat/the very intentions, playing a very vital role in everyday life. In fact, this particular Hadith makes it amply clear that "actions will be judged according to intentions.”

Also, she has the right to re-marry, the right to property, to mehr, to playing an active role in society and at work. Ample examples hold out: Prophet Muhammad’s first wife, Hazrat Bibi Khadija, was a successful businesswoman. Many women of that era played an active role not just in everyday life but even on the battlefield. They led troops, tended to the injured during wars.

The list of the rights is long, but many Indian Muslims are not aware of them. Why? Lack of education is one of the basic reasons. The Quran and Hadith are read but without ever trying to grasp the message they carry. Also, the social customs and traditions of the land hold sway.

Compounding these ground realities is the anti-Muslim propaganda spread relentlessly by vested Right-Wing politics. The poisonous propaganda is that it’s a cake walk for Muslims when it comes to sacrifices, marriages and divorces! I have overheard even the so called who’s who, indulging in today’s favourite past time, Muslim bashing!

Brimming with ignorance, many of these biased people control the system. They are not just ignorant of the concept of sacrifice in Islam but they are also ignorant about other aspects in Islam, pertaining to marriage, divorce and the related aspects.

After all, marriage is a contract in Islam and if it doesn't work out between the two partners then instead of killing each other, it is better to end it. It is also stressed in the Quran that one should go for a divorce only and only after all options for reconciliation fail and it becomes impossible to live together.

There is a Hadith which goes to say, "The thing which is lawful, but disliked by God is divorce." But, then, if divorce does take place, there is this particular Hadith which places great responsibility on the divorced woman’s family. I quote, "Shall I not point out to you the best of virtues? It is your doing good to your daughter when she is returned to you having been divorced by her husband."

CHICK TO CHIC: ARC OF THE INDIAN ADVERTISER