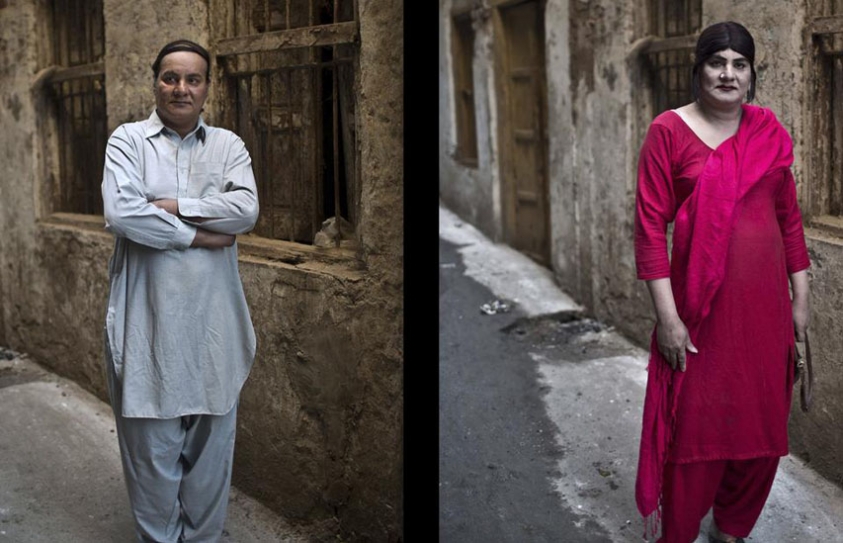 In conservative Pakistan, where religious extremists wage continuous battles against the government in the name of a strict interpretation of Islam, male cross-dressers, transgender Pakistanis and hijra individuals are often forced to choose between hiding who they are and life on the streets.
Yet at the same time, the hijra (an Urdu-Hindustani identity that roughly translates to "leaving one's tribe" and includes people who identify themselves as female, male or third gender), can trace their presence in Pakistani literature and stories to the 16th century, when eunuchs or other non-gender-normative individuals served as entertainers in the courts of the Mughal Empire. In Pakistan, the hijra are considered good luck (reflecting a belief that God more readily answers the prayers of the underprivileged) and frequently perform at weddings and baby showers as a result. A Supreme Court ruling in 2011 allows hijra Pakistanis to get identity cards recognizing them as neither male nor female, and allows them to vote. Despite this status, hijra Pakistanis continue to face discrimination.