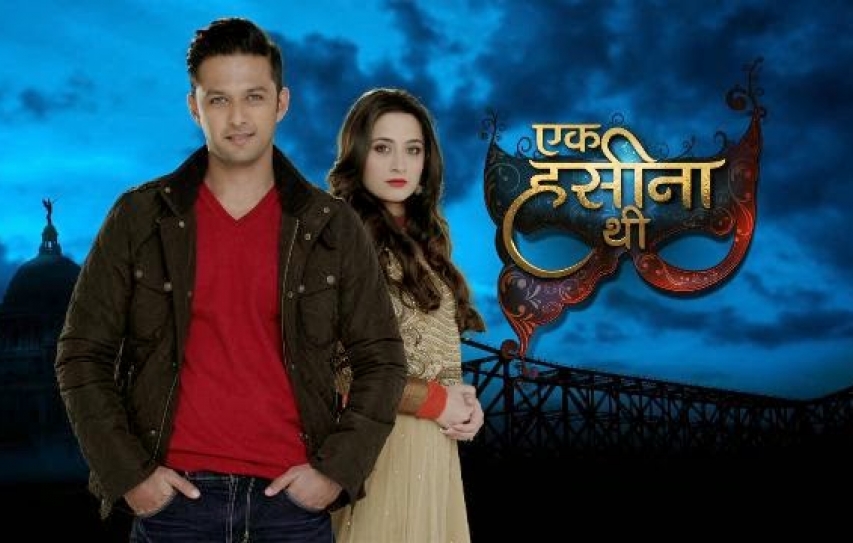 There are a few new shows on daily prime time and the weekend too. Star Plus’ Ek Thi Haseena boasts of a cast of three actors of substance – Simone Singh, Ayub Khan and Amit Behl. The first two haven’t worked together in nine years, when they wowed viewers with their small screen chemistry in Kasshish and earlier Aandhi. The production company Cinevista is an entity of repute from way back when Doordarshan was the only broadcaster. Inspired by the US soap Revenge, Cinevista has done well to adapt the daily to a story line identifiable by the Indian viewer. Based in Kolkotta, the change of landscape is refreshing. Adding the parochial touch are Simone Singh’s exquisite sarees and accessories.

A psychological thriller, Durga Thakur played by Sanjeeda Singh is seeking revenge for a sexual crime committed by Shaurya the brat boy of Rajnath Goenka (Ayub Khan) and Sakshi Goenka (Simone Singh). Navin Mathur (Amit Behl) has now fallen out of favour with the Goenkas. There is some ambiguity about the back story which is revealed in short flashbacks. As far as it stands right now, Ek Haseena Thi is in safe hands. There has been some action in the beginning episodes. But will it garner eyeballs? That remains to be seen. Also, it may serve the audiences better if the back story was depicted clearly. 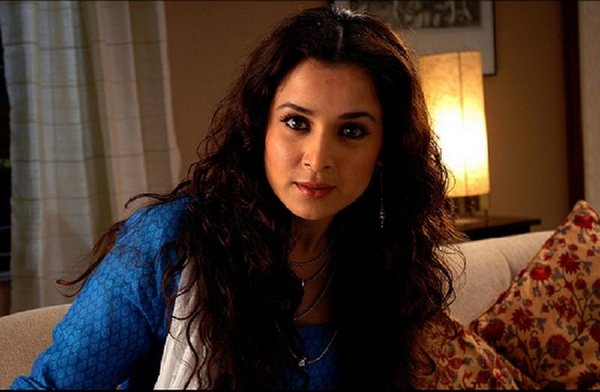 Ekta Kapoor’s Pavitra Rishta on Zee TV has been replaced by another one from Balaji Studios — Kumkum Bhagya. Sarla, a widowed mother runs a marriage hall called Kumkum Bhagya. Between managing weddings for her clients, she is looking out for prospective grooms for her two daughters – Pragya and Bulbul. She has zeroed in on Suresh for Pragya, while Suresh has his heart set on Bulbul. Suresh is a college professor and Pragya’s colleague. Having led a tough life in the military and lost most of his family, he is an embittered and frustrated soul. The coming episodes will unravel the mix up where he finds himself engaged to Pragya and not Bulbul. A parallel track is that of Abhi (played by Shabir Ahluwalia), a rockstar with a cult following. So far the episodes are watch able.

Sony has introduced Encounter a tri-weekly one hour crime based series over Friday- Saturday- Sunday. Anchored by Manoj Bajpayee, this show is based on 35 dangerous encounters with some of the dreaded names in the underworld not just in Mumbai, but elsewhere too.

The first sets of episodes were based on two of Mumbai’s front page encounters. The first was with Manya Surve at Wadala, where Rajesh Shringarpure essayed the urban dacoit which was recently played by John Abraham in Shootout at Wadala. The police challenge came from Pramod Moutho, Aditya Redij and Parag Tyagi. The following weekend it was Shootout at Lokhandwalla where Mangya (Mangesh Waghmare) the psychotic shooter who plays cat and mouse with Inspector Rizvi. Chetan Hansraj gives just the right touch of quirkiness as Mangya; Eijaz Khan as Inspector Rizvi gives an earnest performance.

Endemol India has done well with handpicked casting, authentic settings and a fast paced narrative in the two episodes already aired. Replete with edgy action and slick narration, the opening episodes of Encounter will ensure eyeballs each weekend. Manoj Bajpayee’s interjections are necessary as Encounter is dealing with leaves from the police archives.

Sony has captured the crime-thriller genre, to date no channel has explored it as they have. So what if their weekly fiction shows haven’t really grabbed eyeballs, no one can dislodge them from their seat of crime stories.