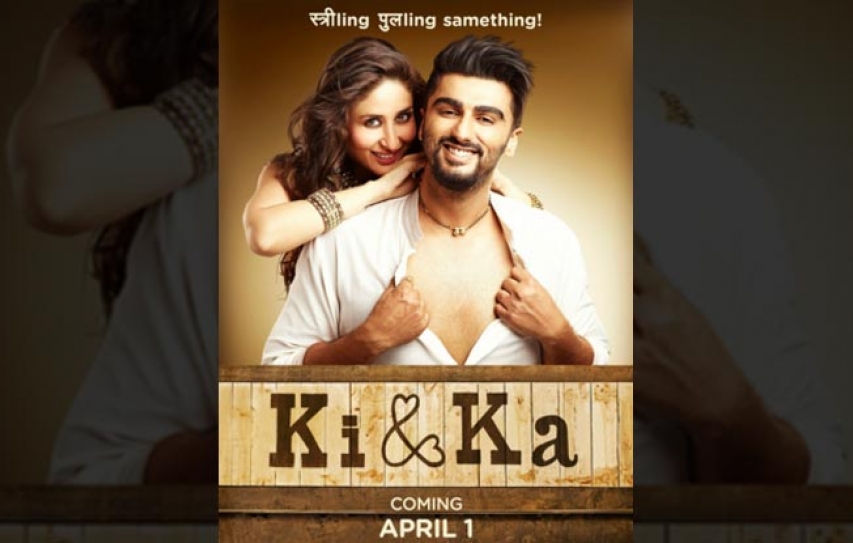 What is that regressive adage about women wearing the pants in the house? Kia (Kareena Kapoor Khan) wears them in and out of her messy apartment, navigating the corporate jungle and climbing the dog-eat-dog world with relative ease. Her career is a priority, which is why she shuns the idea of a marriage. She manages with her social worker mother (Swaroop Sampat), who manages four NGOs. Both are equally inept in household work and kitchen duties by society's decreed standard for women.

Kabir (Arjun Kapoor) walks in, segway parked, singlet on and charm intact to clean up the mess. He aspires to be nothing more than an "artist" like his mother, well-versed in the art of housekeeping and homemaking. Kabir transforms the ladies' apartment into a large-clocked, railway station with toy trains acting as food trays in the living room and serving no real purpose in their bedroom (not that we know of, at least). He is happy to be behind-the-scenes, while his wife sports wings towards corporate Vice President-ship, even as she is initially hesitant to reveal the true nature of her unconventional marriage. 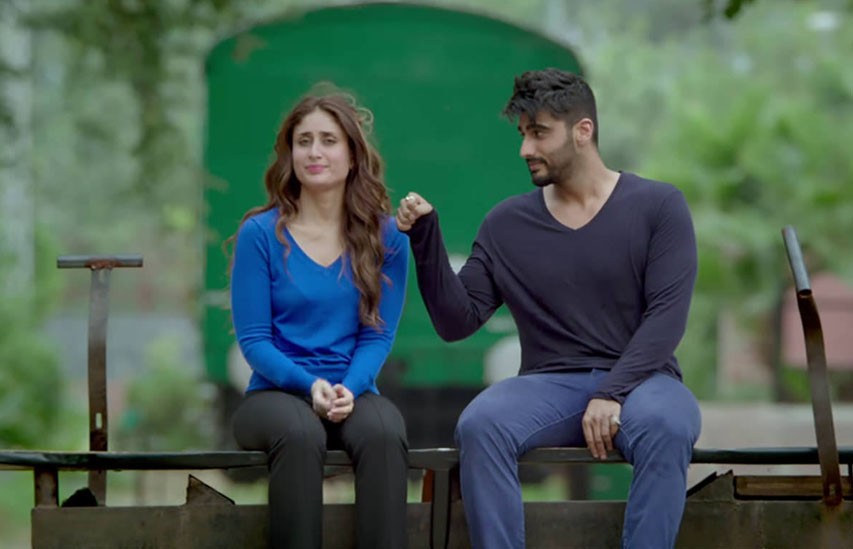 The tables are turned and the tide changes when Kabir's duties, at first mocked, gain admiration and the man himself gets prominence in ways that he did not imagine. Nor did Kia and so the cracks begin to form in their relationship. Somewhere amidst the rising tensions, Amitabh and Jaya Bachchan have a cameo where they talk about the leads' unorthodox arrangement. Mr. Bachchan does ask a pertinent question - "Do they have children?" It is a crucial factor in relationship dynamics, which the film does not delve into since it is established at the outset that Kia is not keen on kids.
Also, a pregnancy scare gets her hysterical enough to believe that it will ruin her career. Kia does get frantic and insecure in the second half, in contrast to Kabir's calm yet injured responses to her conduct. It all looks odd, since Kia seems like the composed, reasoning one in contrast to the more emotional Kabir. The personas trade places, just like the circumstances of their success, though somewhere it feels a little excessive and out-of-character. It seems like Kia is the petty-minded initiator of each fight, while Kabir is the silent victim. The routine gets irritating with Kia whimpering on a couple of occasions that she did not mean what she said. 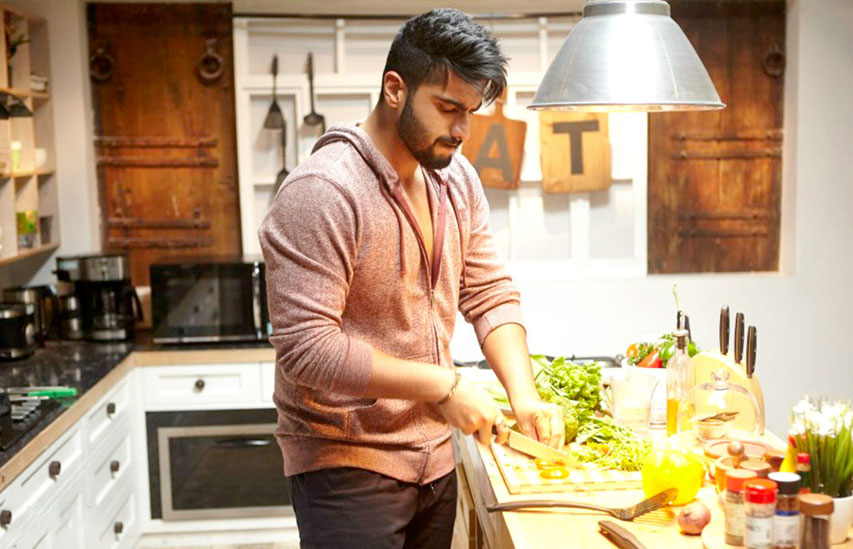 Ki and Ka is peppered with some fun moments like when Kia unplugs the music system at her friend's wedding to make a statement about marriage equality over a fake phone call, Kabir spying on the househelp and the Ki-Ka breezy romance in the first half. On paper, Ki and Ka is a great concept which somehow becomes a predictable marital drama despite the potential of a plot being much larger.
Thematically, it is more about the balance of power between a couple - who earns what and how much. Superficially, it throws in Kabir sporting a mangalsutra on his wrist or wearing high heels for a song, which is the counterpart of the aforementioned 'women wearing pants' attribution to gender.

It may not be an absolute, must-watch piece of cinema but it is not insufferable fare should you stroll in for a weekend watch.