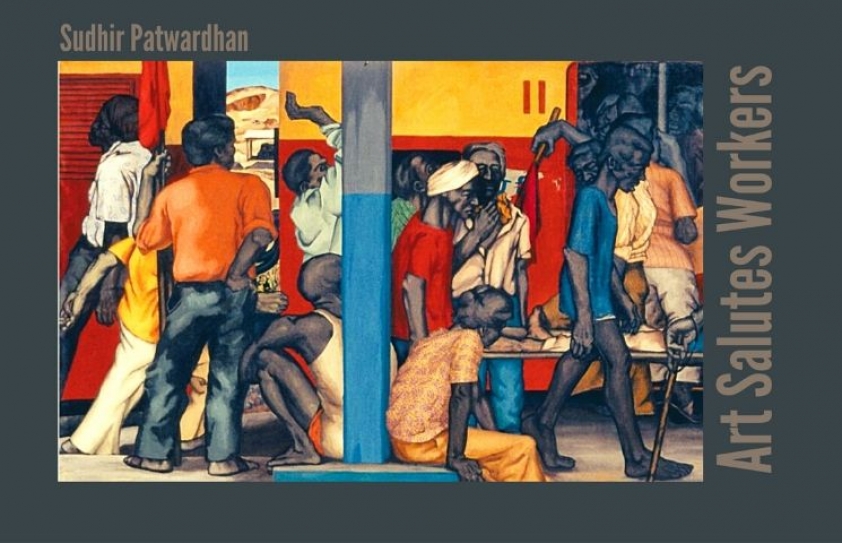 Khalid Mohamed writes on the imperative need for Indian artists to express  their strong views on the state of nation under lockdown today.

News is that artists, stretched over India, are restless. If they immediately conjure up artworks on the effects of Covid-19 and the aftermath of the lockdown – especially on the plight of migrant workers striving to reach home – that would amount to exploiting the current situation.

So should they rather wait and watch?

Absurd question that. Art depends on the ideological instincts of each painter. Over time, Indian artists, especially the masters, have left us images which depict how cataclysmic reality has impacted the nation. To clear my swirling thoughts, I asked the eminent Vadodara-based artist Teppla Kodanda Rao, if the pandemic was already being manifested in images which will be a record of times for generations to come. 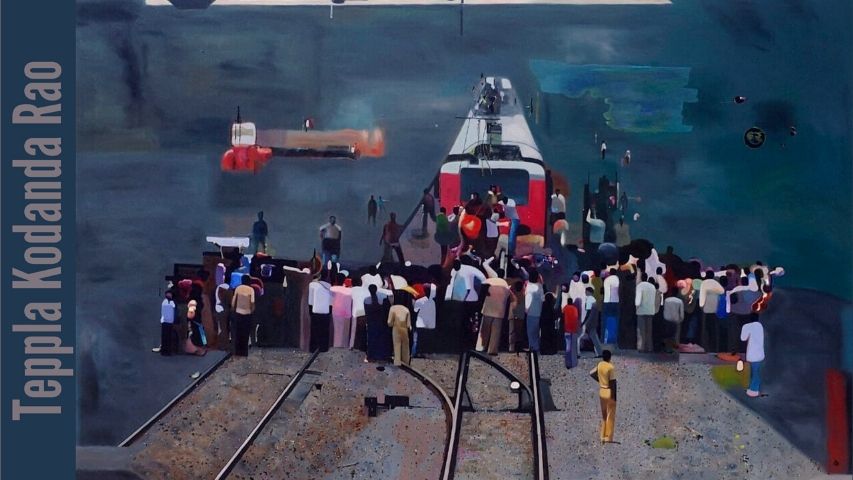 “Of course, there’s no other theme or image on our minds,” the 40-year-old Rao answered over the ‘phone. “Most of us artists in Baroda are disturbed and are working in their studios, given the piteous conditions of workers who’re caught between the devil and the deep sea, as it were. As for me specifically, since I come from an underprivileged class of a village in Andhra Pradesh, my artworks have more often than not sought to reflect the conditions of workers. I used to be a goatherd whose flair for painting was noticed. My mother still sells eggs and vegetables in the marketplace… my father who used to work in a sawmill died of excessive drinking.”

I begin with his story, just as a preface to the fact that art is indeed vital at this juncture of our lives. If not right away, we do expect to see rousing records of the pandemic’s devastation once the catastrophe is done and over with, and if it will ever. Currently, anxiety rules. 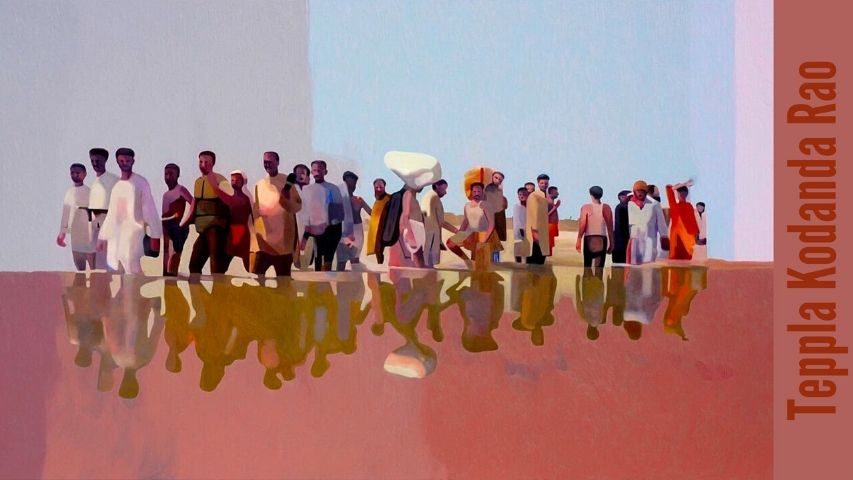 Through the decades, practically every artist of stature has mirrored his or her times, perhaps not through an entire body of work. Chittraprasod Bhattacharya of Bengal did so consistently though. Yet, Intermittently every artist is compelled to stand up and deliver in accordance with his or her own political credo and social concern -  on canvas, paper, mixed media, or any other medium chosen. 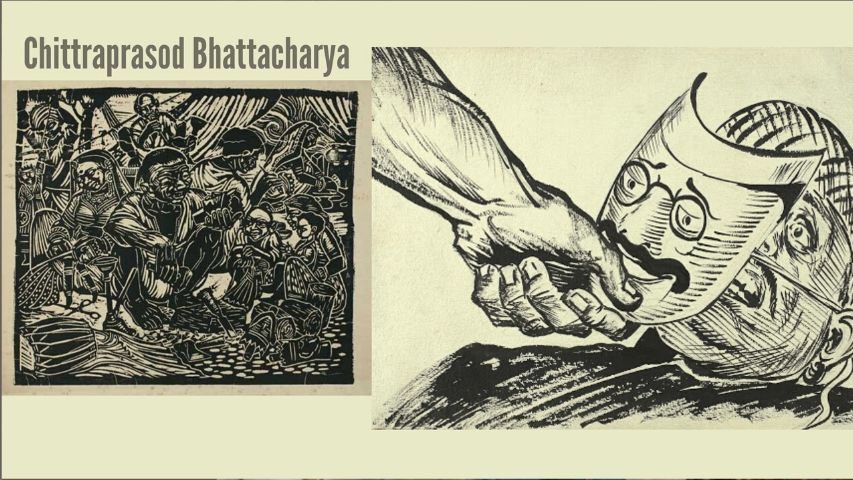 Over the decades, without any let-up, Mumbai’s master painter Sudhir Patwardhan has disclosed to us the paradoxes of the metropolis, with canvases which are as quietly observant as they are trenchantly critical. His works are particularly remarkable in vivifying the thin line of disparities between the boxed-in middle class and the daily wage workers. The images aren’t grotty or fractured, they show us the way we are, as if Patwardhan was an activist participant in a city’s struggle towards resilience. 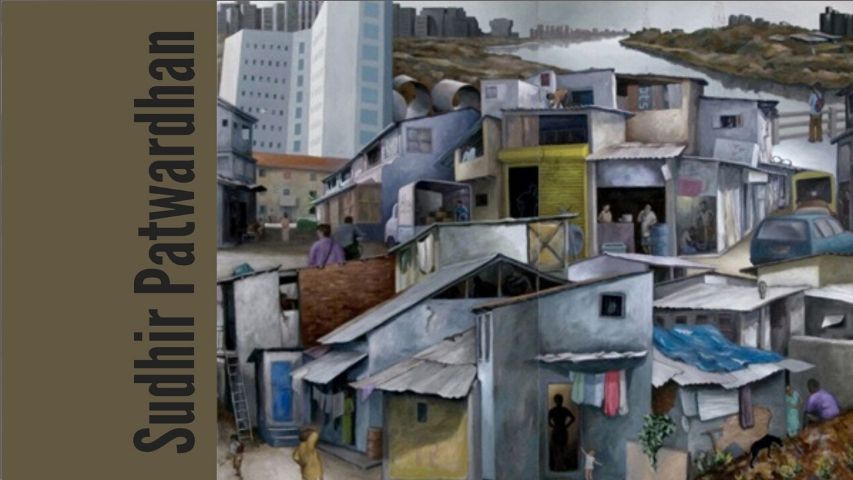 During the 1940s and ‘50s master artists of Mumbai’s Progressive Arts Group have turned their focus on the have-nots with tremendous force and aching empathy.

Alert: Here’s a subject, which I feel I’m not really adequate enough to summarise in all its depths and dimensions. How M.F. Husain  – always quick on the draw – would have responded to the teeming displaced workforce, can only throw up pithy, to-the-point images in my albeit limited imagination. 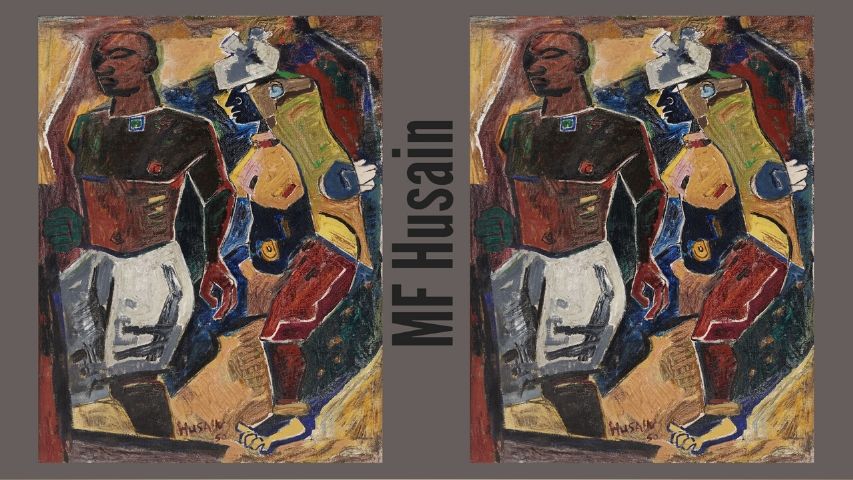 The images which accompany this micro-piece speak for themselves.

Every artist has an individuality and a take on the driving force towards creating art. Like Pablo Picasso’s was, “The purpose of art is washing the dust of daily life of one’s soul.”

To a degree, a lecturer in illustration, writing from Nairobi, perhaps puts it succinctly in the context of here and now. Ruminates Louis Netter, “It might be too early…to paint that picture that captures the buzz of anxiety that we all feel. We probably need more time and artists, need more sunrises and sunsets to rise and fall on the full, nervous houses. They need more time to listen to the sounds of life interrupted to mourn for the ‘world that was,’ watching it drift further into the shadows.” 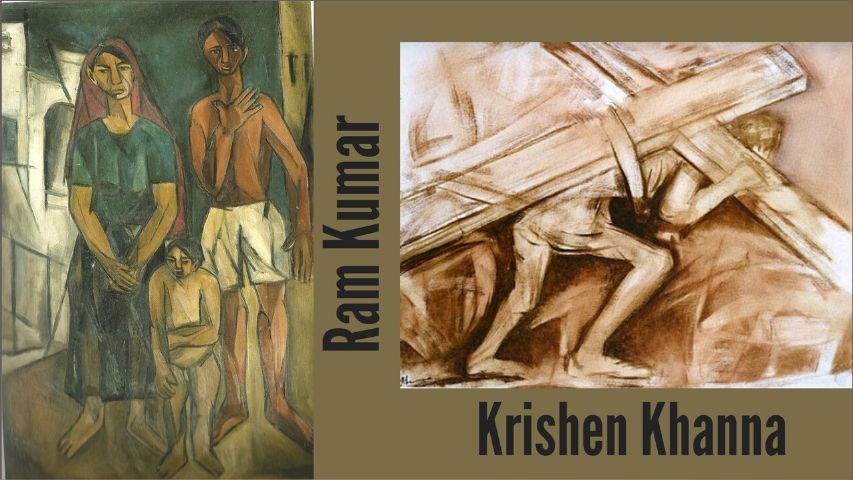 To that I’d say, it’s never too early, sir. Forget the immediacy of photography or Internet images. The time for art to at least think of  speaking up, is now.