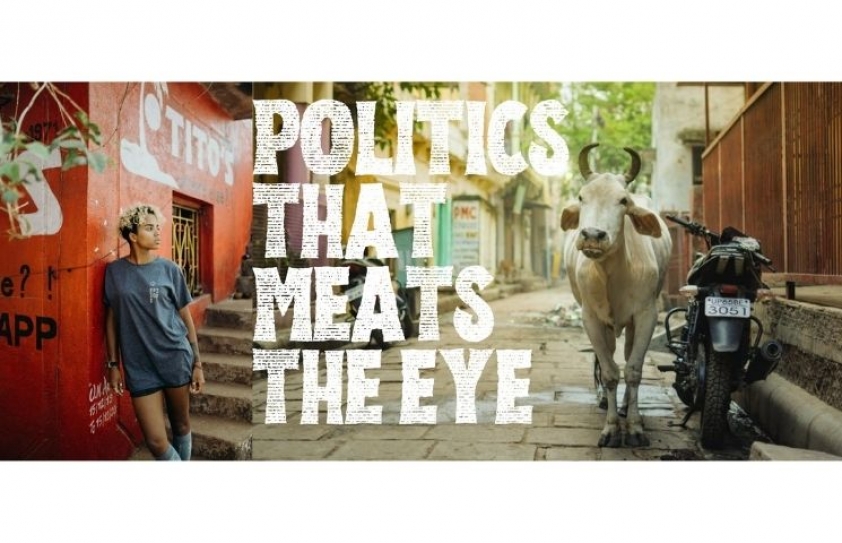 Humra Quraishi discusses the divisive politics being played by right-wing forces and the relentless efforts being made to create rifts between Hindus and Muslims.

With more communal people on the prowl, can we declare communalism, or the desi strain ‘communal-panti’, as a full-fledged disease or disorder?  Yes, it ought to be notified as a disease, which is spreading in our country, un-checked and un-controlled! Today the Right-Wing brigade and fascists are expanding and out to destroy institutions and human beings in disagreement with their ideas.

In recent months, hundreds of reports have focused on communal assaults on men and women from minority communities. Each report carries new ways that have been used by them to hound and harass. So much so that until very recently, there was a website blatantly indulging in ‘auctioning’ of Muslim women online. And, if Love Jihad wasn’t enough, there’s come up the conversion narrative just to arrest young Muslim men.

At first it was the Christian missionaries and activists who were accused of attempting to convert Hindus and the same tactics are being used presently to hound Muslim men. Talk to Muslim families in the state of Uttar Pradesh, Uttarakhand and Haryana, and they will let you know how much fear they are feeling - they are even afraid to move out of their mohallas and bastis. Let me hasten to add, that the fear is because of the terror being unleashed upon them by the State. 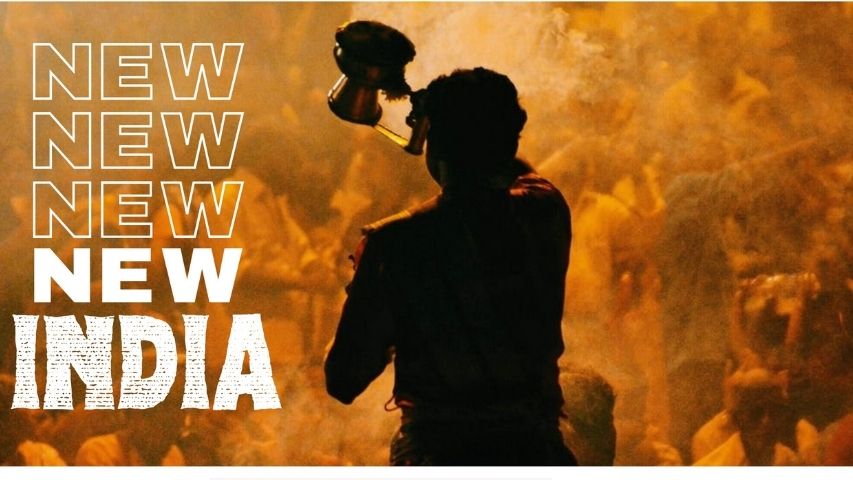 Last week it was shocking to read reports that the top brass of Dehradun’s prestigious Welham Boys’ School, had a tough time because it faced accusations from Right-Wingers. What about? The school authorities had called tenders for ‘Halaal’ meat for its kitchen. Question raised was: Why not ‘Jhatka’? Primarily because ‘Halaal’ meat is associated with Muslims! So no Halaal meat for the school students is how petty but dangerous this has become. A few years ago there was another controversy that had erupted in the kitchens of Doon school in Dehradun. That time too, it was about whether the meat served to the boys ought to be cut as 'Halaal' or 'Jhatka.’

Do we even know the difference between Halaal and Jhatka? Amidst all the communal frenzy it gets significant to know the difference between ‘Halaal’ and ‘Jhatka’ meat. Why do meat consumers opt for Halaal meat? Last evening I got in touch with Fauzan Alavi – he heads the All India Meat and Livestock Exporters Association of India (APEDA). And he explained to me that the Halaal meat could be termed more hygienic and disease-free, as during the slow-mode of cutting the animal’s neck/zeebah, all the blood flows out  and with that there are less chances of infections.

In contrast, in the Jhatka process of cutting, the blood remains in the animal’s body. He also explained to me that much against a perception that meat is a Muslim dominated industry, a larger percentage of its workers, suppliers and consumers are non-Muslims. Also, of the six top meat exporting companies in India, four are owned by non-Muslims. Here are the details: Al Kabeer Exports Pvt. Ltd (owners Satish and Atul Sabharwal, Mumbai), Arabian Exports Pvt. Ltd (owner Sunil Kapoor, Mumbai), MKR Frozen Food Exports (owner Madan Abbott, New Delhi), PML Industries (owner A.S. Bindra, Chandigarh). Incidentally, A.S. Bindra happens to be the father of ace shooter Abhinav Bindra. 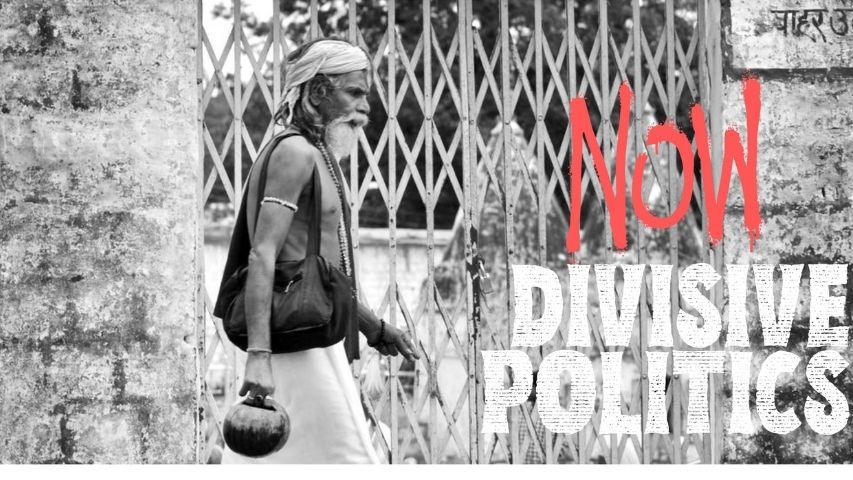 It also gets significant to highlight another dismal ‘development’ related to Halaal-Jhatka. Meat consumers are now noticing that even the large grocery suppliers and chains like Big Basket and Grofers have dropped the Halaal prefix to their meat list! Why? After all, isn’t it significant to tell consumers whether it is the Halaal or the Jhatka meat that is being supplied? It’s shocking that even big business is subdued by Right-Wing dictates. Where are we heading? Nowhere, but towards communal frenzy as per the Right-Wing agenda to divide ruthlessly until such time that hatred for the ‘other’ spreads in uncontrolled ways.

To club the Muslim community with meat is a well-planned and executed strategy. Right-Wing forces want to project the Muslims as Cannibals or Adamkhors, and with that further a ‘barbaric’ image of them. Fascist lobbies have been using every ploy to portray the community in all negative ways, making Muslims feel apologetic for even making mutton biryani! Ironically, the Right-Wing ministers from Northeastern India talk openly about their tradition of eating beef.

Having said that, I want to focus on individuals that have done their bit during the Pandemic, those who have reached out through their verse and  work. This week I will move the spotlight on New Delhi based Sushil Chaudhary - the man behind ‘Picture Time’. As the virus hit scores of people, he used the infrastructure provided to him by his business as hospital wards. 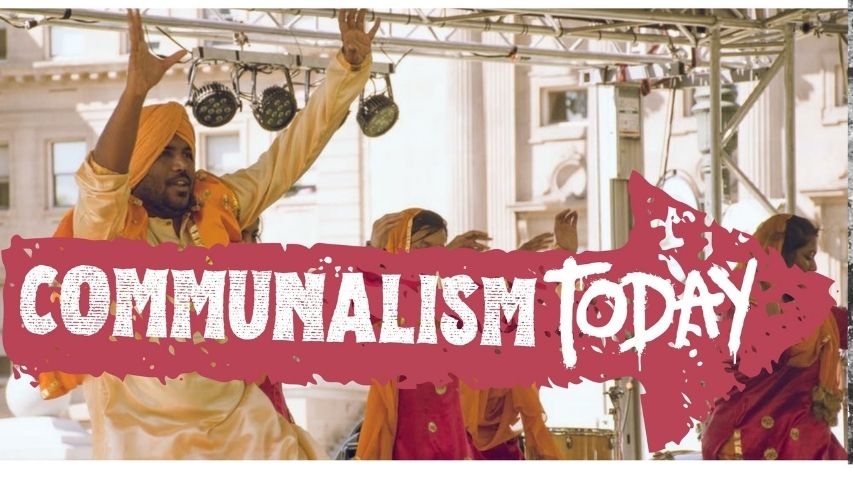 Over four years ago, I had interviewed Sushil Chaudhary at the time when he had come up with the ‘Picture Time’ concept. Taking entertainment to the people living rural India, taking films right to their doorstep in a remarkably affordable way. He had explained: “India is a severely under screened nation; real estate prices and cumbersome regulatory process to set up the cinema theatre pushed me to think beyond. Hence the product DigiPlex came to being. I wanted to have portable real estate, independent, low on compliance formalities and ready film platform for new releases, and Picture Time is a solution to the above. If you look at the current screen density in India, it is low. And the numbers have come down drastically from 25,000 screens to around 11,000 at present. While the cable television and the digital revolution played their role in this decline, the main reason in my view was that the single screen cinema theatre business could not adapt itself to the changing times. Particularly in rural India, the 'tambu talkies' format started dying. While multiplexes have taken over the market in the metros and mini metros, it's not penetrated rural India, which is deprived of the grand cinematic experience. With the mobile DigiPlex concept, I am attempting to revive the cinema experience in every town and village in the remotest part of India. Picture Time has already started screening films in rural belts of Chhattisgarh, Jharkhand, Orissa, Madhya Pradesh and Rajasthan.”

Well, all that now stands in the past as the portable tents of Picture Time, which were earlier being used for screening films for rural audiences, stand today as hospital wards for hundreds of our fellow citizens. What a change!