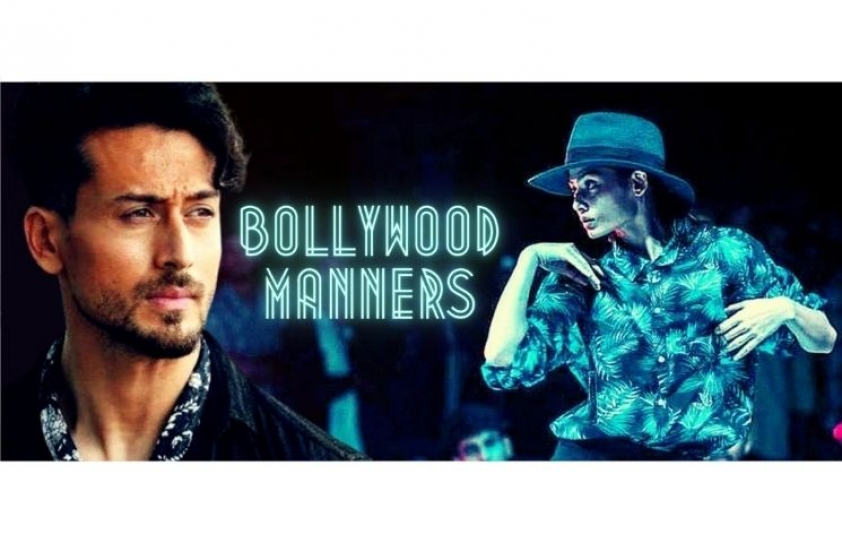 Khalid Mohamed writes on the movie star personalities, who are born to perfect manners, a rare phenomenon in these days of public relations teams  monitoring every breath they take.

Colourful language, a lack of basic courtesies and punctuality,  mammothly inflated egos, tantrums galore and an off-putting attitude attained overnight with stardom, are just some of the afflictions of the stars who’re riding high, and at times, even low, in Bollywood show business, be it in the multiplexes or on the OTT channels today.

Although it’s acknowledged that stardom doesn’t last forever, the elite club of actors does tend to lose touch with ground reality, becoming moody and difficult to deal with, just the opposite of the do-gooders images they project on screen. By contrast, at the baby-phase, before scoring a major hit, they are like new-born lambs, even if it’s strictly for self-promotional purposes.

At least on this front, the media has been responsible for extolling countless newcomers beyond their call of duty. But who remembers that?

Once they become hotter than freshly-baked cakes, their rank bad behaviour has to be accepted, willy-nilly, by filmmakers, assistant directors on the sets, the staff of hairdressers, make-up attendants and household helps.

As for those cultivated star equations with journalists, media persons are at best treated as necessary evils, there to boost their public profiles, besides composing gushy sonnets endemic for publicity campaigns before a film’s imminent release.

Was it always, like this? To a large degree perhaps. For instance, Rekha could be angelic with the press when she wished to express her views on topics ranging from fitness to her all-time favourite co-star Amitabh Bachchan. Or else, she could be stubbornly reclusive. Any call on the landline - the cellphone number is a locked secret - is screened by a domestic aide with an indecipherable accent. And the lore goes that it’s usually Rekha herself, disguising her voice. Needless to point out, the diva has the reputation of being an excellent mimic. 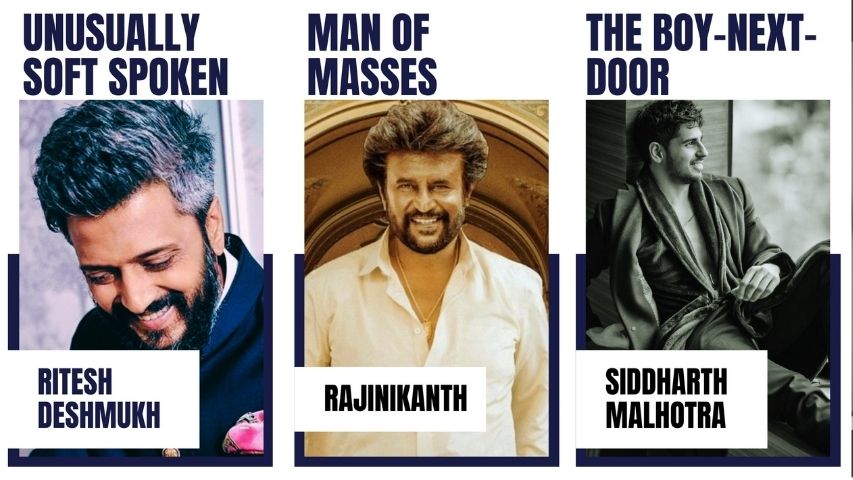 Come to think of it, Naseeruddin Shah in the course of an interview, had once remarked with dot-on accuracy, “When actors become stars following a batch of hits, their feet don’t touch the ground any more. They lose contact with reality and live in a self-created world of fantasy.” Of late, if a star has to make an announcement, private or professional, it is unilaterally via carefully-worded tweets.

Mercifully, there are exceptions to the rule of stars who breathe the air of arrogance. So here’s an appreciation of the actors who have kept sight of the fact that they’re human (and not deities) and are recognised for their exemplary professional behaviour and social etiquette.

Rajinikanth: The Chennai-based megastar has been a man of the masses deservedly for decades now. He’s deified beyond imagination. His interviews frequently underscore the fact that he hasn’t forgotten his modest beginnings as a bus conductor. If his brief innings in Bollywood didn’t work out, he withdrew to his hometown without any rancour. Vastly imitated and idolised, he can walk into a Chennai restaurant, and leave after tipping the waiters lavishly. And if he assents to conversations with the media, it’s without any fuss, and without any strictures of keeping his answers off-the-record.

Ranbir Kapoor: He will fall at the feet of an elder; I’ve seen him respect an ageing friend of the Kapoor family with utter sincerity. On the sets, he doesn’t horse around or waste time, suddenly asking, “But what is the motivation of the scene?”, which can throw a day’s shoot entirely off kilter, besides insulting the director. All script discussions are done during the film’s pre-production, no arguments thereafter. And if he’s asked an uncomfortable question, he doesn’t clam up. “I can’t lie to you,” he’ll state, adding, “I can’t hurt the lady I’m talking about, so I will have to make my answer short and sweet.”

Akshay Kumar: A late-bloomer. Now that he has let’s say improved as an actor, Akshay  seems to have pulled his act together, without ever losing his cool. For sure, he isn’t the most articulate actor. On the upside, he is business savvy and ensures that his persona as a family man is no longer under threat. Once rightly described as a Casanova, obviously the khilari has been tamed by his 20-year-old marriage to  Twinkle Khanna, now known as the popular columnist Mrs Funnybones. 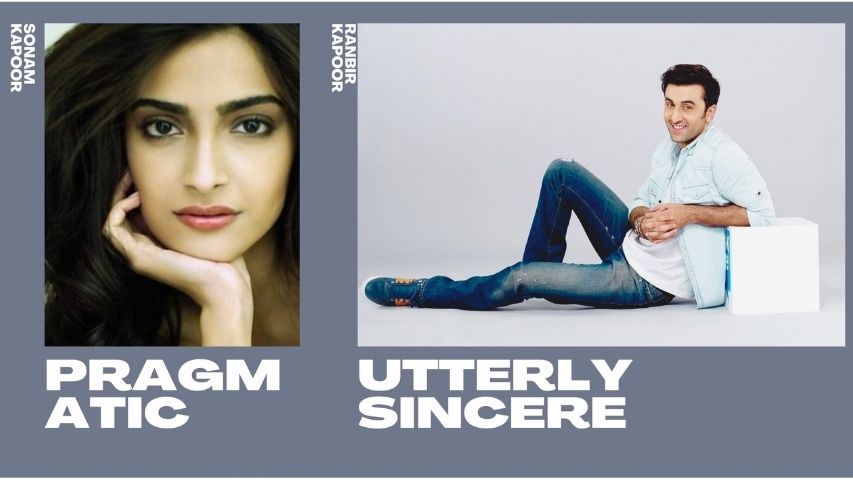 Alia Bhatt: Although she hasn’t been to a finishing school, she possesses the graces of a girl who has been to one. When she was trolled for being a ‘dumbette’ on confusing the name of the President of India on television, she took the drubbing and acknowledged that she had made a mistake. Unlike her dad Mahesh Bhatt, she isn’t a motor mouth. Rather she’s taken after her mother, stage and film artiste Soni Razdan, who’s as well-mannered as they come.

Malaika Arora Khan: Her smile is a dazzler and so is her shy, self-effacing personality. She has gone through personal turmoil but has always answered queries.  Evasiveness, she probably understands, is self-defeating. If she has stuck to ‘item’ numbers (her Chaiyyan Chhaiyan was a zinger) and never taken on lengthy film roles, she admits frankly, “I can’t act. So I don’t want to make a fool of myself.”

Sonam Kapoor: She speaks her mind and insists on expressing it without chip-chopping her words. That may have landed her in trolling controversies inevitably. Still, hypocrisy isn’t her scene. A voracious reader, she doesn’t come with an agenda. If she’s been slotted as a fashionista, that doesn’t stymy her. An actor who proved her detractors wrong with Neerja, she possesses the pragmatism inculcated in her by her mother Sunita. Also she cherishes her mentors.

Vidya Balan: No speaking out of turn for her. Endowed with a sense of humour, she has the ability to laugh at herself. If any of her films doesn’t click at the box-office, she doesn’t blame the director or the team. She carries on regardless, accounting for her steady fan base.

Anil Kapoor: He hasn’t quite erased his childhood. He was brought up in trying circumstances in the congested tenements of Matunga, Koliwada and Chembur. His father, on turning film producer, faced a ceaseless series of failures, but soldiered on stoically. Son Anil says he has inherited his humility from the father, who would always see off a guest, be it a V.I.P. or non-entity. So does AK, closing the door of his guest’s car or taxi when they leave from his Juhu bungalow.

Tiger Shroff: He doesn’t speak brashly, is a favourite with the studio spotboys, combining the sophistication of his mother, Ayesha, and the casual cool of his father Jackie Shroff. On being viciously attacked on Twitter by the quirky Ram Gopal Varma, he maintained a dignified stance, at most admitting that the jibes from a senior filmmaker did hurt him, thereby allowing  the controversy to die a natural death.

Tabu: She can be elusive and avoids gushy panegyrics in print. An epitome of those extinct qualities called adab and tehzeeb, the powerhouse artiste is one of a kind. Despite all the acclaim and awards gathered down the decades, she has never blasted her own bugle. 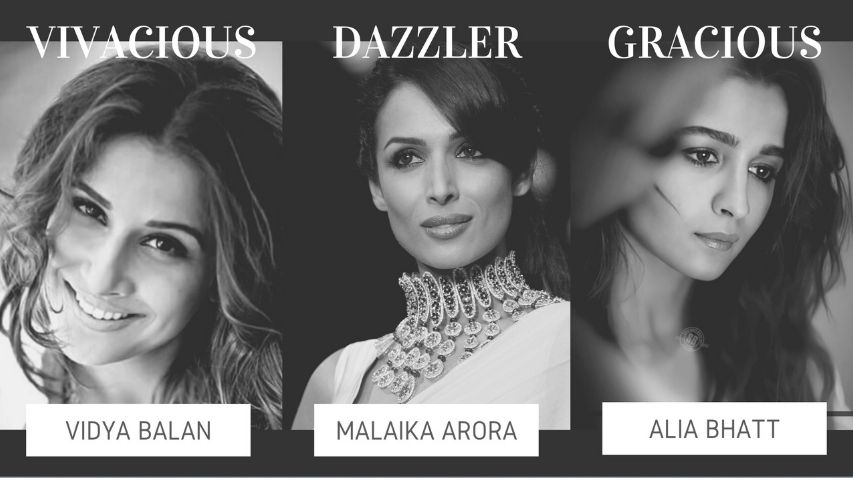 Siddharth Malhotra: The boy-next-door from Delhi hasn’t been affected by the wiles and strategies, which are a must for the survival of the fittest in Bollywood. This may be construed as a lack of the killer instinct. Perhaps that’s why his market equity fluctuates with the release of every new film.

Riteish Deshmukh: A WhatsApp message to him never goes unanswered. Raised within the ambience of politics, his father, Vilasrao Deshmukh, was Chief Minister of Maharashtra, he is unusually soft spoken, gamely accepts criticism, and aspires some day to turn to architecture in which he had graduated with a University degree.

POSTSCRIPT: In the course of the ongoing pandemic, actors of tremendous spleen and substance have been born on the OTT streaming channels. The snag is that they haven’t become the household names they should have essentially because the ‘marketing teams’ of their respective channels have controlled them like the proverbial puppets on a string.

I mention these names, specifically, because I was told categorically that their interviews could only be routed through those faceless ‘marketing teams’, who evidently, aim for  maximum puffery and minimum truthspeak. Come on, ye marketeers, the actors are sane enough not to mumble-grumble about the platforms, which brought them into the spotlight.

Be that as it may, Pratik Gandhi and Co. deserve to be absorbed by Bollywood’s mainstream arena, instead of being muzzled. Or just fetching up in the glut of web series and ‘original’ films. The current strategy of those marketing teams, in fact, is just the antithesis of teamplaying. And that’s putting it over-politely.