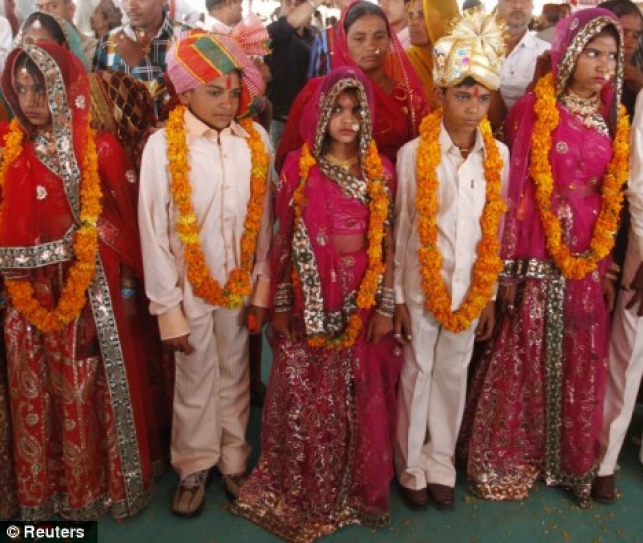 At 240 million, India has a third of child marriages in the world

A recent United Nations Children’s Fund (Unicef) report said 720 million women around the world, alive today, were married before 18 years compared to 156 million men. One-third of these are in India – about 240 million. The report focussed on child marriages and women affected by the practice. (The UNICEF report has done a two-fold level analysis of child marriages below 15 years of age and child marriages below 18 years of age, which is also the legal age of marriage in most countries.

But for the purpose of this report, we have taken the data together for all marriages under 18 years of age.) India Spend had earlier reported on child brides in India. India is ranked 6th among the top 10 countries based on high rates of child marriages among women. The table below shows the percentage of women in the age group of 20 and 49 years who were married before 18 years.

The corresponding female-to-male ratio of Human Development Index (HDI) 2012-13 is also given in the table. If we compare countries with high child marriage rates, their female HDI ratio is lower than the world average except in Burkina Faso. The data clearly brings out the correlation between child marriage and lower development of women