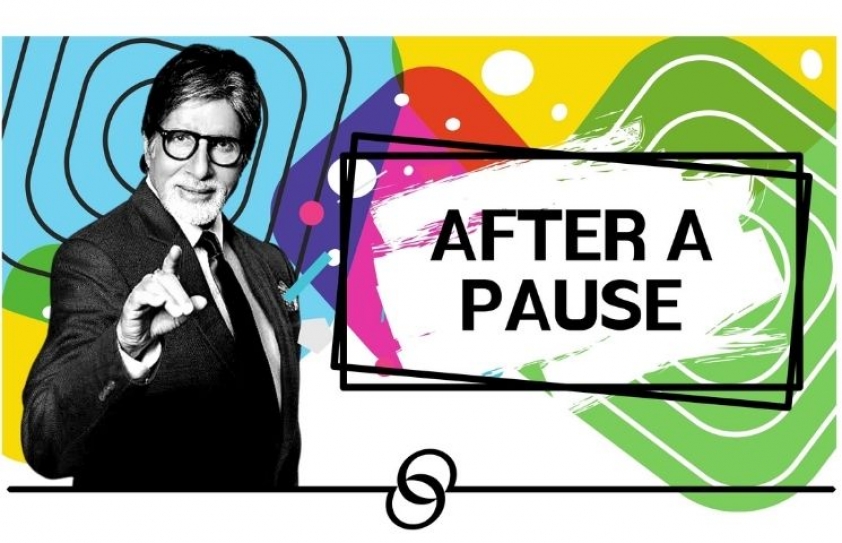 Film historian Dhruv Somani, writes on Bollywood’s comeback syndrome, or why top stars quit and then reboot their careers.

Once an actor always an actor - oftentimes, top Bollywood stars have waved goodbye to the studios, lights and action. Female actors, Jaya Bachchan for instance, have usually taken a break to either settle down or to embrace motherhood, and then rebooted their careers. Male actors have often opted for a sabbatical, weary of their workload and perhaps to re-invent themselves.

Among heroines, there’s also the instance of Karisma Kapoor. She quit for a while but was back on the wide screen as well as the digital domain, which the media has always simplistically defined as ‘comebacks.’ For most charismatic actors, open arms by the trade as well as the audience have welcomed their return to the pavilion. They were sorely missed during their self-imposed exiles.

So here’s looking at the B-town personalities, who made their comebacks, reinforcing the notion that the audience had always kept them in mind though they may have been out of sight temporarily: 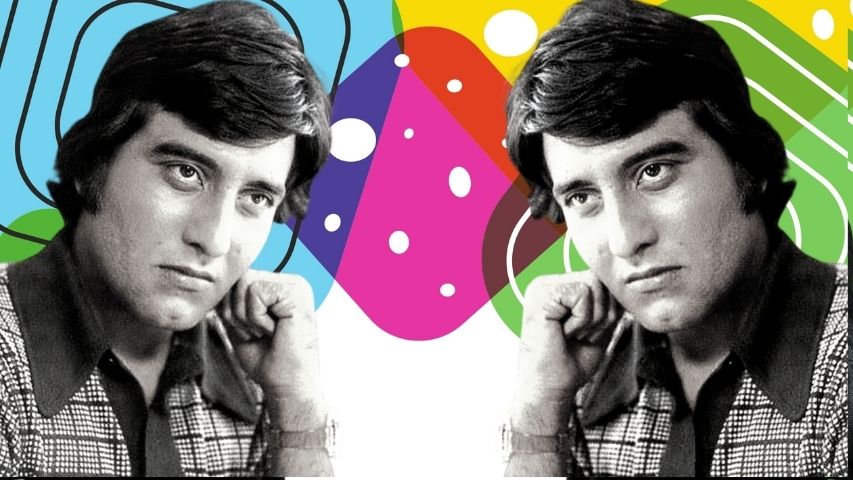 At a point, VK was even considered as a serious rival to Amitabh Bachchan’s No. 1 status.  However, he shocked his fans by moving to the U.S. to be at the ashram of his guru Osho (Rajneesh) in 1982, taking a sanyas from stardom till 1986. He returned to India, his family and to his aborted career as a leading hero in Mukul Anand’s Insaaf (1986), opposite Dimple Kapadia, which was highly successful. The same year, he was the pivot of Raj Sippy’s Satyamev Jayate opposite Meenakshi Seshadri, Madhavi and Anita Raaj, which clicked at the cash counters. He continued as a mainstream hero till 1997, after which he made a transition to character roles as in the Salman Khan showcase Dabangg and its sequel. His last film Guns of Banaras was released in 2020, three years after his passing away at the age of 70. At one stage an elected member of Parliament from the Gurdaspur constituency, he was given the Dadasaheb Phalke Award posthumously. 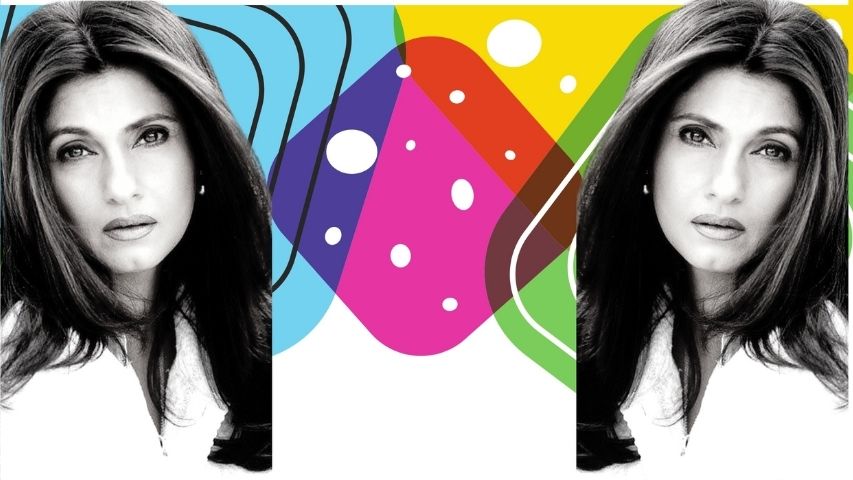 She became the darling of the nation as Bobby Braganza in Raj Kapoor’s love story Bobby (1973), opposite his son Rishi Kapoor, who made his debut in his first grown-up role. It was predicted that she would dethrone the leading ladies of the time but there was a twist in the plot.

She announced her marriage to superstar Rajesh Khanna and returned the signing amounts of Roti (1974), Paap Aur Punya (1974) and Rafoo Chakkar (1975).  As a mother of two daughters, she shunned the spotlight but rumors would surface that her marriage was on the rocks. After a turbulent domestic life, she finally took a call and walked out of her house after a marriage of 11 years in 1984.

At the age 28, she was first seen opposite Jeetendra in the utterly forgettable Zakhmi Sher (1984) and regretted her decision to refuse Sadma opposite Kamal Haasan. Fortunately, she was appreciated widely in Saagar (1985) opposite Rishi Kapoor and Kamal Hassan. Lava, Aitbaar and Arjun followed in the same year.

She sparked mayhem with her looks and her auburn mane, and became a much-coveted heroine in the Bollywood extravaganzas as well as offbeat cinema. Circa 2001, she took on a character part in the cult film Dil Chahta Hai, as Tara Jaiswal, opposite Akshaye Khanna. Dimple was one such actor who was at top of the marquee; well before her daughters Twinkle and Rinke joined the movies. Both gave up on their own will after being disenchanted. 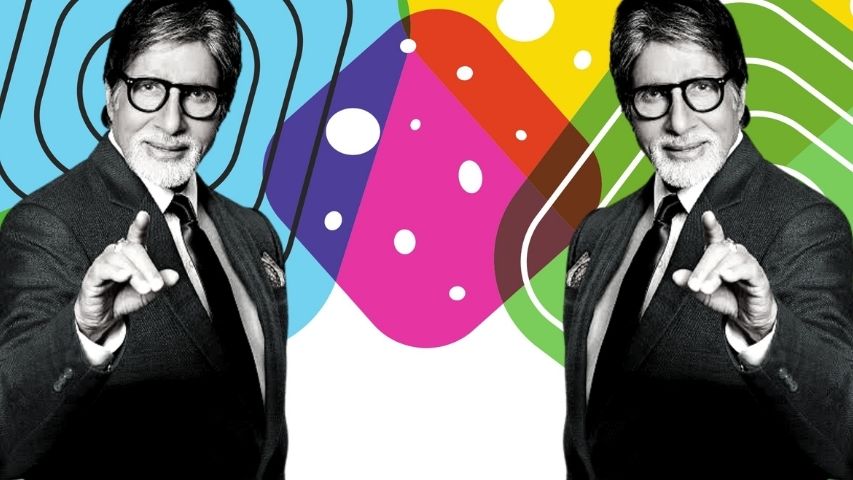 Amitabh Bachchan ruled the scene with Zanjeer (1973) after delivering as many as 12 flops in a row. Deewaar affirmed his image of the angry young man, scripted by Salim-Javed. He remained the numero uno superstar till almost 1992 after which he took a break. During this time, he was setting up ABCL.

He made a comeback after five years with Mrityudaata (1997) opposite Dimple Kapadia, which tanked at the box-office. He was appreciated in Major Saab (1998), Bade Miyan Chhote Miyan (1998) and Sooryavansham (1999). He reinventing himself with Mohabbatein (2000) and the game show Kaun Banega Crorepati after which there has been no looking back for him. The 78-year-old actor is in tremendous demand for the big-budget movies and endorsements galore. 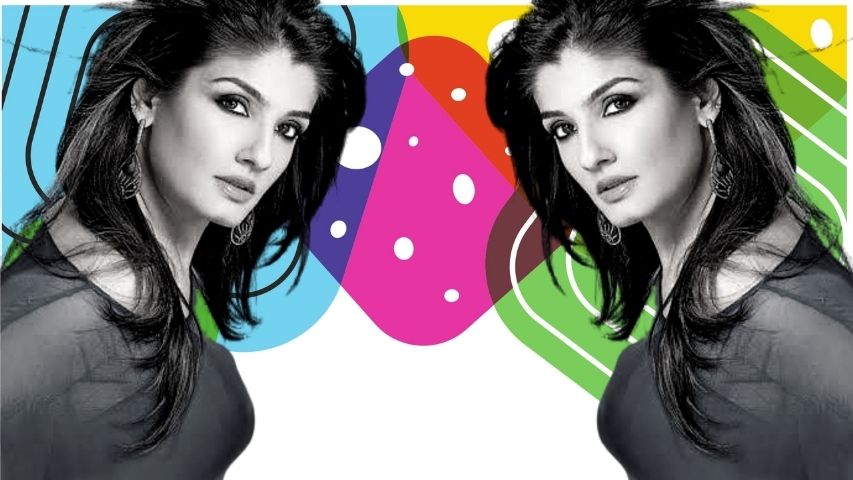 The gorgeous daughter of director Ravi Tandon made her debut opposite Salman Khan in Patthar Ke Phool (1991). Soon she made her terrific screen presence felt with Divya Shakti (1993), Dilwale, Andaaz and Mohra (all in 1994). Mohra was a blockbuster with Raveena striking up palpable chemistry with Akshay Kumar. Next, she decided to quit and rejected almost 10-15 top banners to settle down into matrimony with her Mohra co-star.

After a bitter break up and gossip magazines working overtime on her private life, she made a comeback after 10 months with the zingy song Sheher Ki Ladki in the Sunil Shetty starrer Rakshak (1996). Followed Ziddi (1997), Dulhe Raja (1998) and Shool (1999). The year 2001 was the turning point in her career as she shuttled smoothly between Aks, oozing sex appeal, and in the critically acclaimed Daman. She married distributor-exhibitor Anil Thadani in 2004 and continues to act occasionally in films, which command her interest. 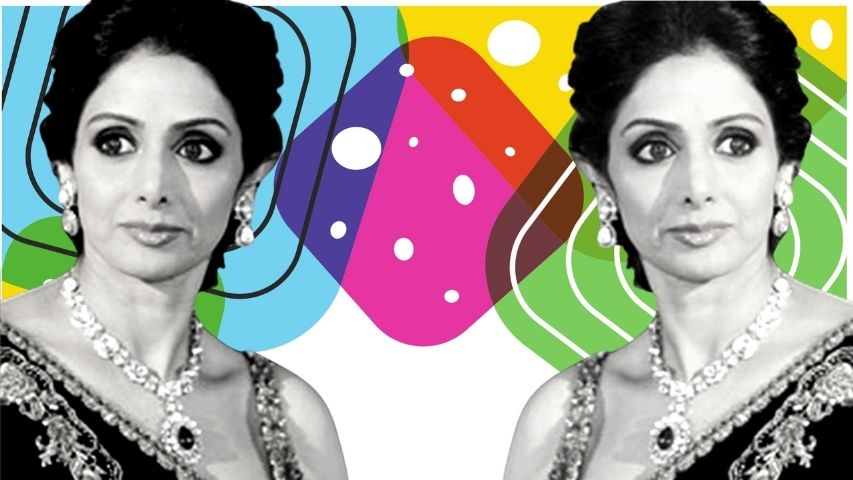 She started as a child artiste in southern films gradually moving to becoming a top-leading lady there. She made her Bollywood debut with Solva Sawan (1979), which tanked but was soon seen in Himmatwala (1983) and was nicknamed Thunder Thighs by the media. She was in the peak of form as a heroine with such memorable films like Nagina (1986) and Chandni and Chaalbaaz both in (1989), Lamhe (1991), Khuda Gawah (1992), Ladlaa (1994). She married producer Boney Kapoor in 1996 and completed the shoot Judaai (1997).

She became busy with motherhood after which she was seen in the T.V. series Malini Iyer in 2004. She made a spectacular comeback with the decidedly different hit English Vinglish (2012). Next she appeared in the eponymously titled power-packed Mom (2017) after which she passed away suddenly in a Dubai hotel suite in 2018, at the age of 54. 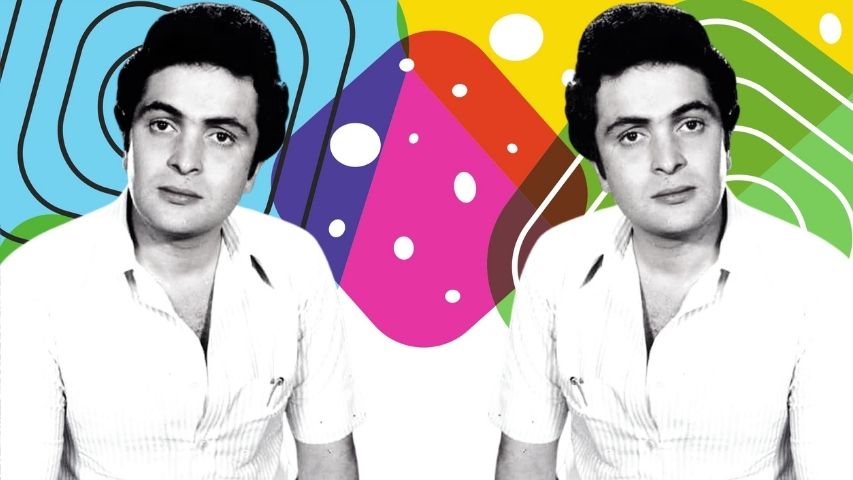 The original chocolate boy of Bollywood, clad in his trademark double-knit jerseys, made his debut with the classic Bobby (1973) opposite Dimple Kapadia. He continued to play the quintessential lover boy in films like Rafoo Chakkar and Khel Khel Mein (1975), Kabhie Kabhie and Laila Majnu (1976), Hum Kisise Kum Naheen (1977) to name a few. He played the hero till the late 1990s in films like Daraar and Prem Granth, both in 1996.

He was considered a lucky star as most leading ladies made their debuts opposite him. Beside Dimple, there were Jaya Prada, Shoma Anand, Vanita, Kaajal Kiran, Naseem and Ranjeeta. He was last seen as hero in Kaun Sachcha Kaun Jhootha (1997) after which he took a backseat since he wasn’t happy with the roles being offered to him.

He came back after four years in 2000 with striking character roles in films like Raju Chacha, Kuch Khatti Kuch Meethi, Agneepath, Student of the Year, Do Dooni Char, Patiala House, D-Day and Mulk. He was seen with Amitabh Bachchan in 102 Not Out (2018) and next in The Body (2019) co-starring Emraan Hashmi. He passed away on 30 April 2020, at the age of 67. 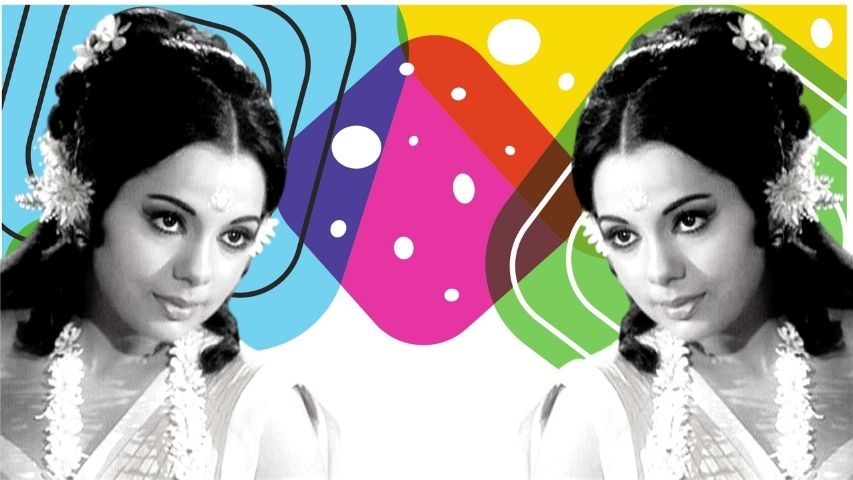 Mumtaz began her acting debut at the age of 11. Next she appeared in brief roles as a teenager and gravitated towards B-grade action flicks opposite Dara Singh. With her screen presence and sassy style, she was cast as the leading lady in Bandhan (1969), Ek Nanni Munni Ladki Thi (1970) and Khilona (1970).

She made a comeback with Aandhiyan (1990) co-starring Shatrughan Sinha and Prasanjit Chatterjee who played her son in it. Her fans were majorly disappointed. Based in London, she never returned to the Bombay studios again. 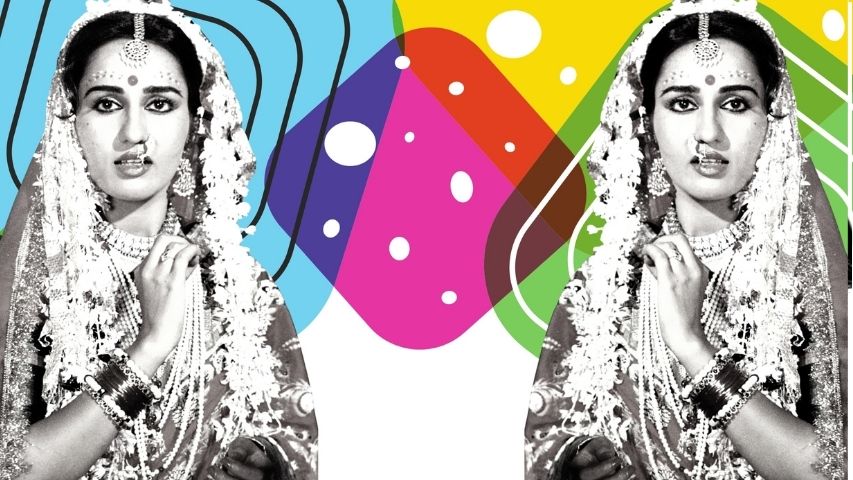 Reena Roy made her debut in the bold film Zaroorat opposite Vijay Arora. She was noticed and signed up for a bunch of films. Some of her most successful films were were Milap and Jungle Mein Mangal both in 1972, Jaise Ko Taisa (1973), Naagin and Kalicharan both in 1976, Jaani Dushman (1979), after which she knocked out hits after hits every year.

In the year 1988 she was seen in Dharam Shatru after which she married the Pakistani cricketer-actor Mohsin Khan and quit films. After the break-up of her marriage, she returned to act for her favorite director, J. Om Prakash, with whom she had delivered a number of successes like Apnapan, Aasha and Arpan. He offered her Aadmi Khilona Hai (1993), which fared averagely. She was seen in few more films like Rajkumar, but in supporting and character roles, after which she retried from acting in March 2000, and leads a quiet life with her sister Barkha and her daughter. 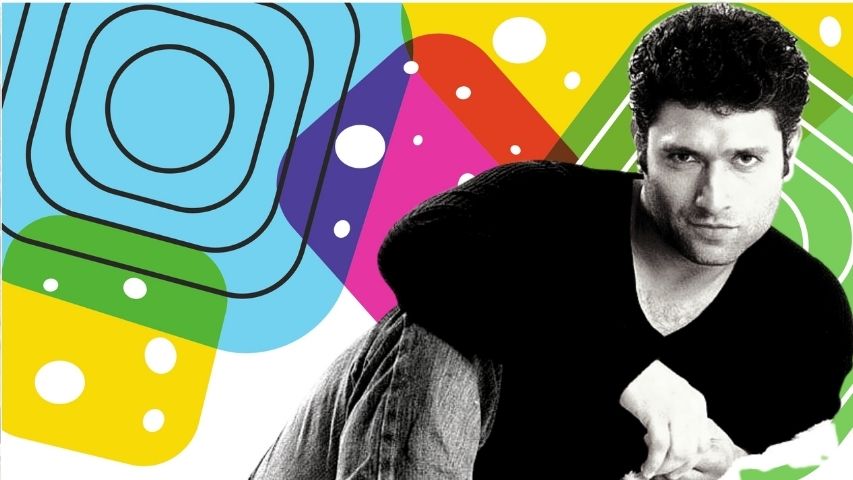 A camera-friendly actor, Shiney Ahuja made his debut with Hazaaron Khwaishein Aisi (2005), which won him critical acclaim. Soon he was seen in hits like Gangster, Fanaa, Woh Lamhe and Zindaggi Rocks in 2006.

Followed Life in a Metro, and the horror comedy Bhool Bhulaiya in 2007, which were certified hits. He was by then touted as the most talented newcomer until there was a personal crisis  - he was accused by his domestic help of sexual misconduct - and spent time in jail. He tried to make a comeback with the horror-fest Ghost (2012) and the multi-starrer comedy Welcome Back (2015), but failed to win his fans back. Today, he is neither to be seen nor heard. 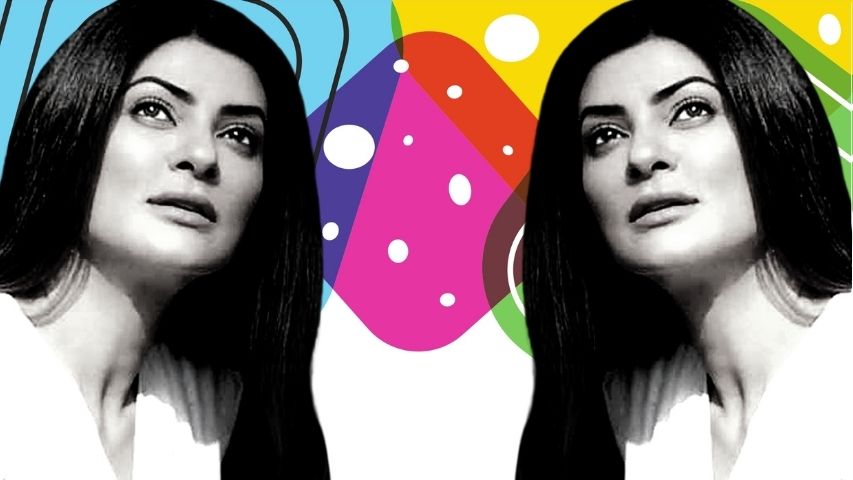 My favorite Sushmita Sen made her debut after winning the Miss Universe title with the thriller Dastak (1996). It tanked but she rose from the ashes to shine in Biwi No: 1 (1999), Aankhen (2002), Main Hoon Na (2004) and Maine Pyar Kyun Kiya (2005). She was last seen on the big screen in the action-comedy No Problem (2010), after which she took a sabbatical to focus on her daughters.

She was seen in the Bengali film Nirbaak (2015) after which she took a break again. Active on the social media with a direct contact with her fans, she made a terrific comeback with the show Aarya (2020) on the OTT platform Disney Hotstar. Due to the lockdown, she made appearances on the social media to promote the series and also gave interviews to film critics and journalists.

She received an overwhelming response, winning an armful of awards for Aarya and resumed shooting for Season 2 in Rajasthan, which had to be stopped midway because of the ongoing pandemic. Her fans eagerly wait the next season, which is expected to drop towards August- September this year. 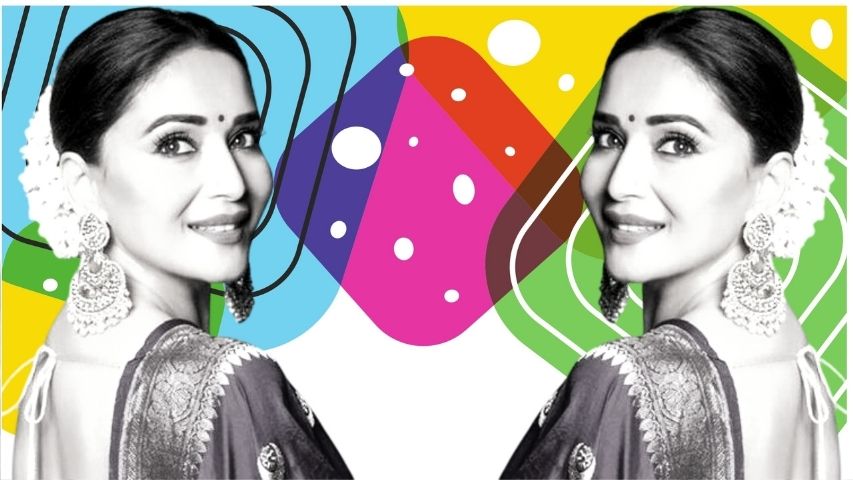 This article would have been incomplete without La Dixit. She debuted with small roles in Abodh and Swati (1984). After a few flops, she was launched again by Subhash Ghai in Uttar Dakshin (1987) and achieved stardom with her 1988 blockbuster Tezaab opposite Anil Kapoor. Her streak of success subsequently continued with films like Dil (1990), Beta (1992), Hum Aapke Hai Kaun (1994) and Dil Toh Pagal Hai (1997) and many more. In 2001 however, after her powerful performance in Lajja, she took a sabbatical from acting and got married to Dr. Shriram Nene. She made a comeback with Aaja Nachle (2007) and has continued to appear in films and reality shows thereon.