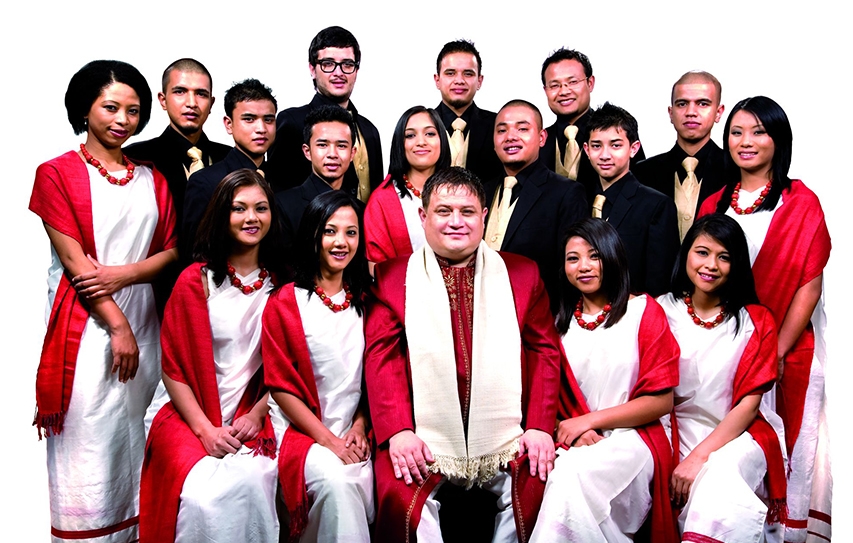 Retroscope: The Amazing Choir From Shillong

I schooled in the St. Joseph’s Convent on Bandra’s ​Hill Road. Opposite our school was the grand St.​Peter’s School. ​O​urs was strictly a girls’ s​ch​ool and St.Peter’s strictly for boys. ​The twain never met! Out of bounds, of course.​ ​After school, when we walked past the imposing​boys’ school, we were full of wild speculation and intrigue. Only once had we dared to go into the ground of St,Peter’s.​ ​O​ur school happened to perform a play that was staged​ ​in their auditorium. Entering the impressive gates of St. Peter’s last evening, stirred so many memories and emotions. I was going to hear the Shillong Chamber Orchestra, whose snippet I had watched on You Tube, spell bound. That the Orchestra was literally, at our door-step was unbelievable and seemed too good to be true. ​But miracles do happen, especially at Christmas time. So there I was, heading towards our seats, breath​less in anticipation.

The main orchestra began to perform ​only​ after the intermission. The ​jolly ​MC ​, a local celebrity, ​finally ​introduced Uncle Neil​, said to be the founding father, and the ​main spirit ​ behind the Shillong Chamber Orchestra ​ that has won accolades from music connoisseurs​. ​A portly man, Uncle Neil walked up the stage ​with confident steps​​. ​Facing the audience, he burst into an enthusiastic ​ ​greeting, hailing Mumbai city and all those gathered ​ with these fine words: “Christmas is not just one day in the calendar”​, he began in a powerful voice, “For us at the Shillong ​Orchestra, ​every day is Christmas. We believe in giving, ​ in spreading goodwill, in sharing and in celebration every day.​” His sincere words, accompanied with a magnificent gesture of embrace, ​made ​the 3000 strong crowd ​ ​burst into deafening applause .

Without further ado, Uncle​ Neil sat down ​gracefully ​at the grand piano that ​had been​ a silent spectator​ until then​​ and struck a chord. The carols the group sang as an opening were soothing and beautifully conceived as expected. However the Shillong Chamber’s finest hour was yet to come and it did immediately after the carols.

It is their magnificent rendition of the Lata- Mukesh romantic duet from ​Bimal Roy’s ​Madhumati ​that deserves special mention​. This melodious Salil Chowdhury/Shailendra composition “Dil tadap tadap ke” ​has taken on a new dimension​. It has found a​n exquisite cadence. The ​very idea of leading the ​Madhumati song seamlessly into Lara’s poignant theme song, “Somewhere my love” ​from the celebrated David Lean film, Dr.Zivago​ is a musical feat​. And what a magical moment the two songs created! A moment poised, as if in eternity, full of pure musical, magical promise.
​They repeated their Bollywood Odyssey through more recent compositions, A.R.Rehman’s “Chhotisi aasha” from Roja and other popular songs. But their greatest innovative triumph is ‘Dil tadap tadap ke” leading into in Lara’s theme…The musical innovation of the Shillong Chamber Orchestra will haunt listeners for a long long time, coupled with the wonderful romance of sitting under a crisp winter sky lit up by a thousand festive lights that shone through stained glass windows of the Old Chapel. As we reluctantly left the concert ground the evening will be remembered as a high point of 2015 Christmas Eve, treading gently into the New Year 2016.
Happy New Year to All!
Let us turn each day into pure celebration…