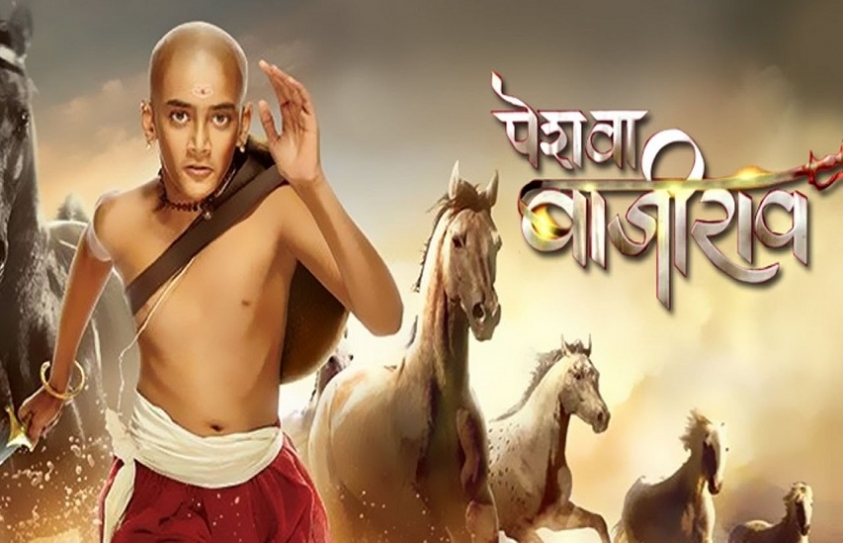 I must admit, I am totally hooked on to Peshwa Bajirao. The producers must be lauded for casting a bunch of child actors who are simply outstanding. Sphere Origins has put in place an ensemble of child artistes, who will set a benchmark for future shows where the early years of a character are treated with as much care and intensity as the climax scenes. The makers have laid emphasis on the early years of the Peshwa Bajirao, Maratha history’s second most prime personage after Shivaji.

Rudra Soni aka Manav of Bal Veer as the young Bajirao, brings to the role spontaneity to the fun and daredevilry he indulges in with Gotiya, his sidekick and their little gang. The chemistry between Baji and Gotiya is like they are best buddies; Baji’s kid sister Bhihu is his foil, who aids their mother Radhabai is keeping a check on Baji’s misadventures; at the same time she’s all admiration. As cute and sharp witted Bhihu is, Chiman, the younger brother is charming and cocky. Anyone in casting will agree, that getting such a fine cast of talented child actors together isn’t easy; then get class performances out of them. What a task and challenge for the makers! The scene where both father and son are made to catch the scattered chickens which Bhihu has let out is funny, but it’s not comedy time, it was Radhabai’s lesson to her husband and son not to ponder on mistakes and slips, but outwit the opponent by thinking five steps ahead. Both Manoj Wadhwa and Rudra Soni made the scene look effortless.

The bonding between Anuja Sathe who plays Radhabai and Manoj Wadhwa as Balaji Vishwanath, Bajirao’s parents is a play of fine chemistry. Both resort to a facial gesture or an expression to convey something, for which a lesser actor would have resorted to a trite phrase or so. With the on-screen family a lot of glances, gestures and smiles are resorted to. The young actors react favorably to their seniors, hence Peshwa Bajirao is currently replete with familial scenes and home grown lessons on life for even the patriarch.The current episodes are showing the foundation of good governance being laid in the future Peshwa Bajirao. In the meanwhile, Tarabai is ensuring that she keeps the Mughals at bay and has their emissary being extended the best of Maratha hospitality.

The swift cuts between the many locations have each episode be a whole to get to the next. Will the television awards’ juries please note the outstanding talent of this child actors’ ensemble. The dialogue writers have blended Marathi and Hindi to a fine mix; besides the dialogues have a natural talking feel and are easily understood. Peshwa Bajirao will stand toe to toe with television’s finest recreation of history.

I like the way SAB TV is dedicating a slot to finite television in the form of anthology shows at 10 pm. The first one, Khidki entertained viewers with offbeat funny stories from real life cutting community barriers. Now it’s Khatmal E Ishq, as a series of romantic comedies. This concept encourages content which runs somewhere between eight to 28 episodes, with a fresh cast, barring a few exceptions. Good going SAB TV, for this step up for inviting new and fresh content ideas.
Oh! By the way, the original ensemble cast of child actors are now college going teenagers – Tapu Sena, who else?