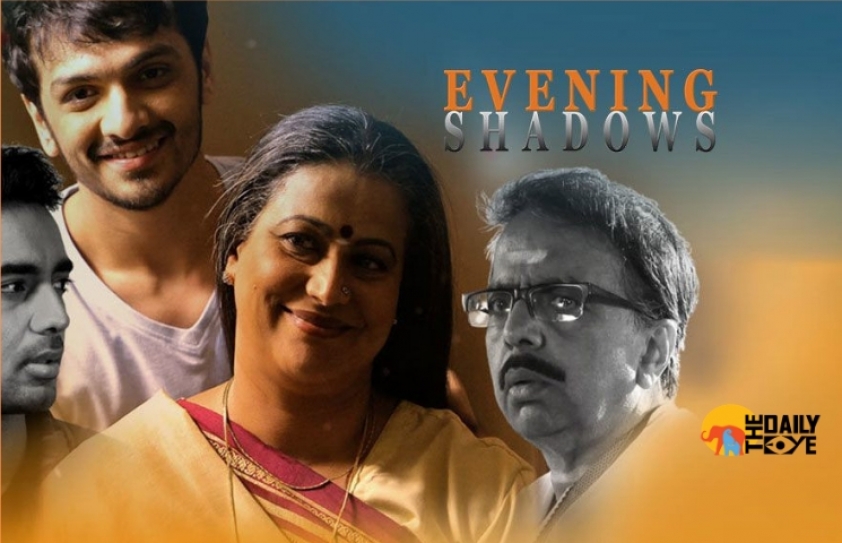 Audiences in Mumbai and Pune can catch the multiple award feature film Evening Shadows, on the big screen in the coming weeks, at the screenings at Films Division in Mumbai and at PVR Cinemas, Vimaan Nagar in Pune. The reputed Bimal Roy Film Society will be holding a special screening of Evening Shadows at Films Division at 6.30p.m. on April 12th 2019.

Daughter of legendary director Bimal Roy and founder of Bimal Roy Memorial, writer and columnist Ms. Rinki Roy Bhattacharya said, “Since 1997 Bimal Roy Film Society has been presenting emerging film makers who take up unconventional content. Especially films that project our diverse social reality – be it a documentary, animation, or work of fiction. We believe in engaging with viewers about alternative issues that exist and deserve recognition - not rejection. In that progressive process, we selected Evening Shadows written by Sridhar Rangayan and Saagar Gupta, for its exceptional, bold yet sensitive narrative.” 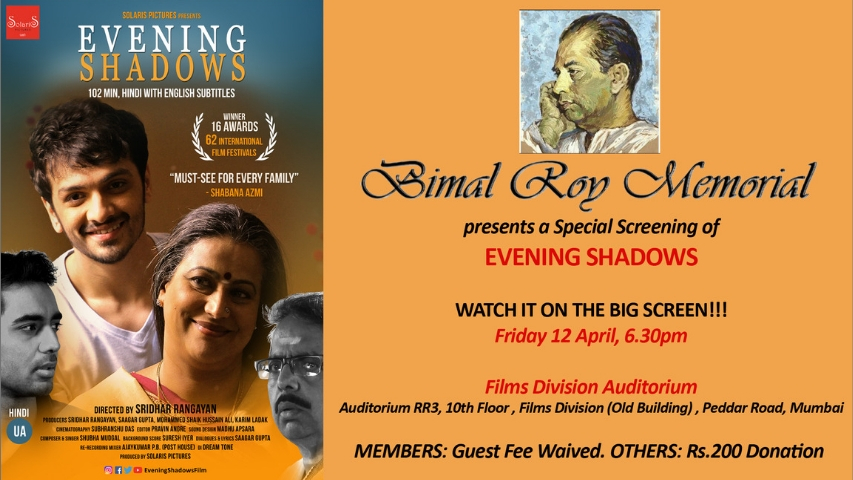 “We are so excited and touched by this particular screening of Evening Shadows which in some way connects our film to the great legacy of Bimal Da. We feel humbled that Rinki Roy Bhattacharya felt that our film resonates with ideals of the master”, said Sridhar Rangayan, director of the film.

Rinki Roy Bhattacharya had said in an interview after watching the film at the Lonavala International Film Festival, “I came away with a very positive feeling. And also what I liked is an affirmative ending. Which is where I connect you to my father Bimal Roy, because his films dealt with extremely dark issues. Look at Do Bheega Zameen which deals with oppression of farmers and farmers' suicide, which is still going on. But after watching Do Bigha Zameen you do not come out feeling sad. There is a kind of feeling of affirmativeness. He leaves you with some hope. So that also we get in Evening Shadows. I think it is a very holistic film.”

The film will screen next at PVR Cinemas, Viman Nagar in Pune on Thursday April 18th as the Opening Film of the Out & Loud - Pune International Queer Film Festival.

“Evening Shadows which is a beautiful narrative is a great watch, especially for parents. The movie not only throws light on a life of a gay son in a conservative family but also talks about what a parent goes through when the son comes out of the closet. Due to the amazing response this film has been receiving around the globe, we at Out & Loud, decided to select the movie as our opening film and make it accessible to a larger audience on a bigger screen”, said Shyam Konnur, director of the festival.

The film features a melodious song by eminent singer Shubha Mudgal, with lyrics by Saagar Gupta. Shubha Mudgal had said, “I have very little experience of working for films, but am delighted that Sridhar Rangayan and lyricist Saagar Gupta invited me to compose and sing for Evening Shadows. I am happy to have contributed towards a film that deals with sensitive issues and the social stigma surrounding same-sex love. I hope that my composition and voice are able to convey at least some of the pain and sense of tragic isolation that the protagonists must feel.”

“The song is not only about loss and longing, but also about the crossroads of life which all of us face at one time or the other. When I wrote the song, I had just lost my mother; and pain and separation is reflected in the song”, said Gupta who has also written the dialogues for the film.

WHO SHOULD BE MADE TO COMPENSATE?

No Country For Minorities

Is religion a boon or bane?