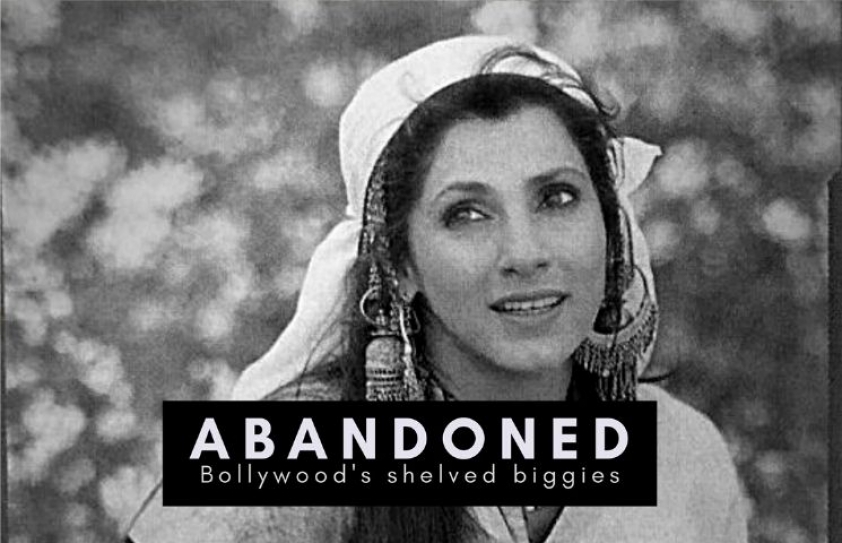 Over decades, an incalculable number of Mumbai-made films have been announced with deafening fanfare, never to reach the finishing point. Either the filmed material was somewhere moldering in the cans or shelved right away for a myriad of puzzling reasons – Subhash Ghai’s Deva (1987) starring Amitabh Bachchan, and earlier Kamal Amrohi’s Majnoon (1979) showcasing Rajesh Khanna and Raakhee Gulzar are just two random cases which immediately come to mind.

The point is that there has been a colossal waste of time, effort and stacks of money in the process. Moreover, if the aborted projects hadn’t been abandoned - who knows? - Mumbai’s film heritage might have been the richer for it.

By and large, announcements paired with mega-mahurats would be extensively reported in the film trade papers and magazines. Then something would go amiss – finances would dry up, the creator would lose interest in the subject or there would be unresolvable differences between the team which had set out, in all earnest, to put together an entertainer which would score a hit status at the cash counters.

C’est la cinema. Fall-outs and irreconcilable differences reach a dead-end. And so many big names – film directors, producers and stars – have been left licking their wounds or have gone amnesiac about the films, which could have made a difference to their oeuvre and to our populist film culture.

Here’s selecting eight more than promising films which were jettisoned. And I’m sure that some of them would have surely achieved the status of cult classics: 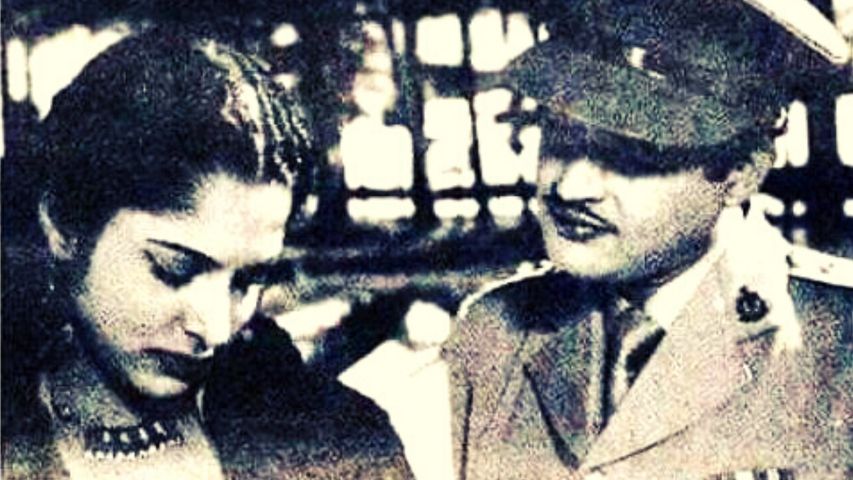 Director Shashi Bhushan was working for the Guru Dutt film production banner on Raaz, featuring Sunil Dutt and Waheeda Rehman. The director shot the film for 10 days. Dismayed with the way it was shaping out, Guru Dutt gave the rushes a heave-ho and launched another film with the same title. Quite understandably Sunil Dutt, who was dropped, was upset and swore never to work with the auteur of Pyaasa and Kaagaz ke Phool ever again. Another Raaz was kick-started, based on the novel Woman in White starring Guru Dutt himself opposite Waheeda Rehman. Raj Khosla was his right-hand man and assistant during that time. After shooting 12 reels, this mystery thriller was also canned. Reason: Guru Dutt didn’t approve of the rushes yet again. According to those associated with Raaz, the film Woh Kaun Thi was its revised version, which was directed by Raj Khosla and embellished with an evergreen music score by Madan Mohan. It is remembered to date as one of the most gripping whodunits. 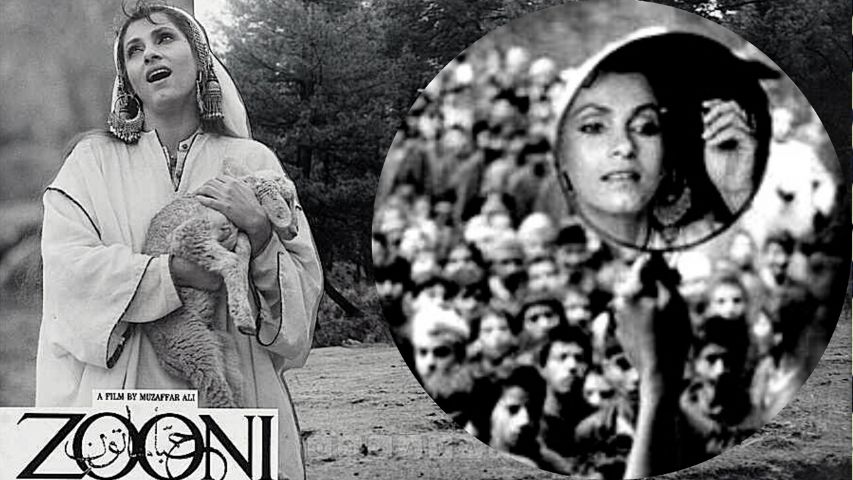 Director Muzaffar Ali’s labor of love based on the Kashmiri poetess Habba Khatoon Zooni was touted as his big comeback film after Umrao Jaan. Forty per cent of the footage was shot in the sylvan valleys of Kashmir with the lead pair of Dimple Kapadia and Vinod Khanna in the 1990s.  There were some breaks due to a lack of finances. Yet Dimple and the director were optimistic about alternate bankrollers. In fact, Dimple would often joke with her director to complete the film fast or he would have to change the title to Jooni Zooni. Finally, when the director was ready to move forward, terrorism intensified in the valley, stonewalling any further shoots. The revered composer Khayyam had already recorded the songs for the film, which were sung by Asha Bhonsle. I happened to hear a clipping of one of the songs and felt, what a loss to music lovers it was, as they will never reach the public’s ear, unless of course, if the rights of the soundtrack are sold and the songs are used by another filmmaker? Fingers and ears crossed. 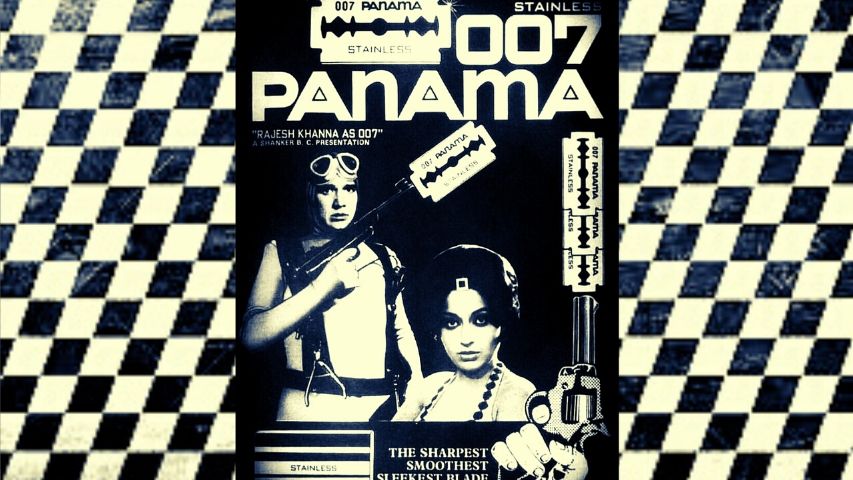 The original creators of the Bond, the James Bond franchise would have been furious. Yet director Narendra Bedi, launched a desi spy thriller called 007 in the 1970s. Ostensibly, it was to be funded by a razor blade company. Top lining Rajesh Khanna as the cucumber cool spy, was paired with Padmini Kapila.  As for eye candy Bond girls, the former Playboy Bunny Katy Mirza and starlet Komilla Virk had been penciled in. And R.D. Burman was assigned the music score. The shooting for the film commenced but 007 was suddenly stopped in its tracks since Rajesh Khanna’s superstardom was on the wane in the face of the emergence of the angry young man aka Amitabh Bachchan. 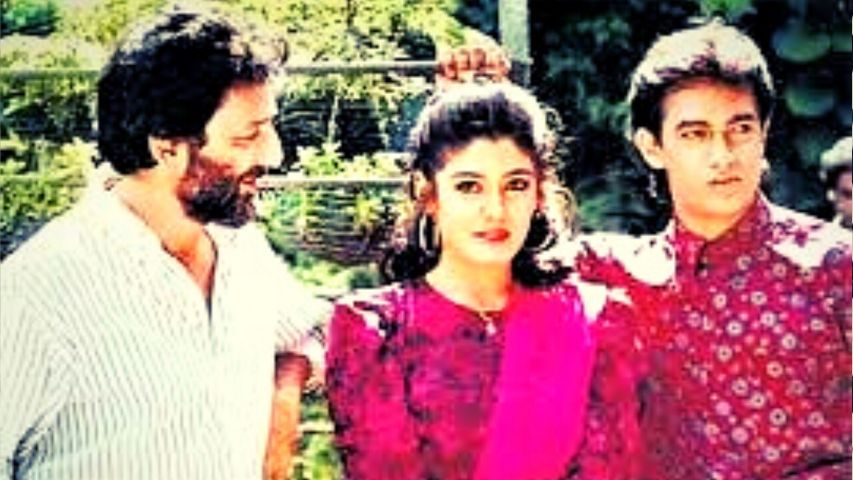 After the success of Mr. India, director Shekhar Kapur launched a fantasy thriller on the lines of Hollywood’s Back to the Future.  Titled Time Machine, its cast was to be led by Naseeruddin Shah, Aamir Khan, Rekha, Raveena Tandon, Gulshan Grover and Vijay Anand. Reportedly, the project would be replete with special effects of the highest international order. The film was about 40 per cent through but had gone excessively over budget. There have been sporadic rumors that Time Machine would restart. Unfortunately, they have remained mere rumors. 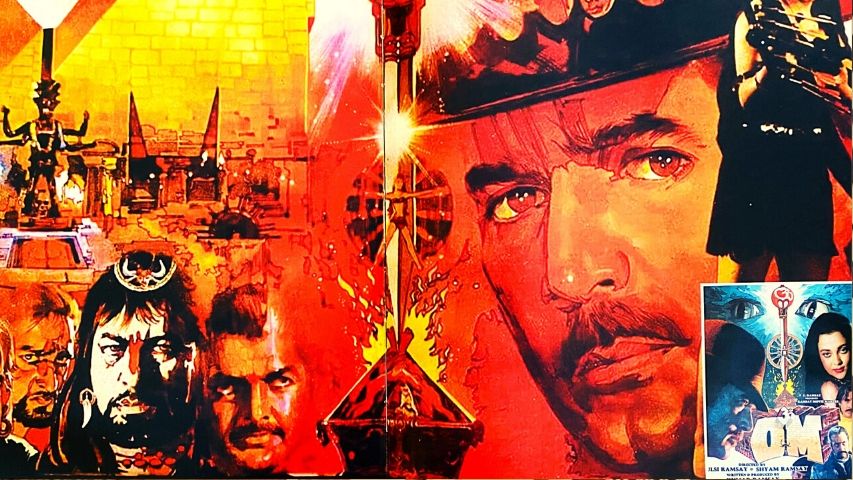 A big budget horror film with A-list stars was something Bollywood totally lacked in the 1990s. The Ramsay Brothers strived to break their conventional mode of casting B-grade stars, taking a quantum leap by roping in Rajesh Khanna and Mandakini (riding high after Ram Teri Ganga Maili), supported by other stars like Kabir Bedi, Gulshan Grover and Kulbhushan Kharbanda. Lucklessly, the starry horror flick was shot only for seven reels since Rajesh Khanna joined politics and sidelined his acting career. Hence the Ramsays just buried the seven reels in a crypt somewhere. 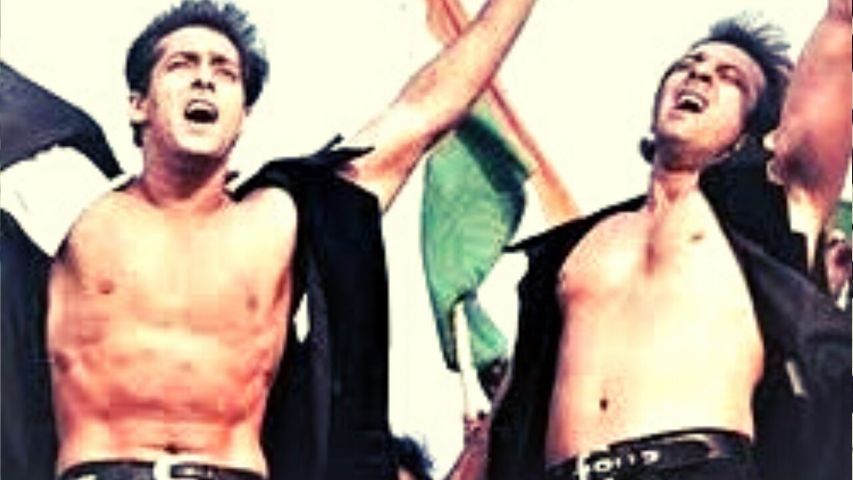 Touted as the most extravagant actioner of 1997, techno-whiz Mukul S Anand had assembled a star-studded acting crew including Sanjay Dutt, Salman Khan, Raveena Tandon and Shilpa Shetty. Sanjay and Salman were to portray undercover agents deputed by the Indian government to prevent the outbreak of an Indo-Pak war. The film, shot on overseas locations, was almost 80 per cent done. Tragically Mukul S Anand passed away following a cardiac arrest. Both Ramesh Sippy and Ram Gopal Varma were asked to somehow salvage and edit the shot footage. They couldn’t.  Incidentally, one of the films’ songs Suno Gaur Se Duniyawalon was released and it became an instant chartbuster. Most of the songs were used for other films. The music credits feature the names of Shankar-Ehsaan-Loy and Sandeep Chowtha. 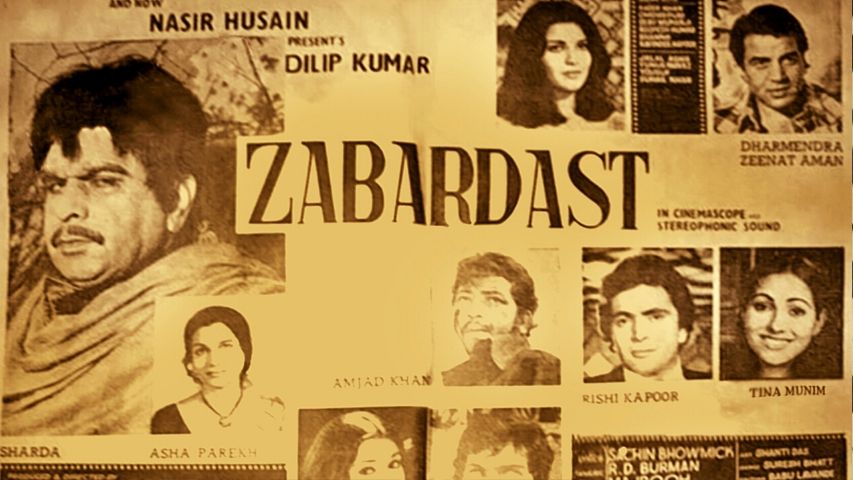 After the super success of Yaadon Ki Baarat, producer-director Nasir Hussain had announced his most ambitious venture ever, a multi-starrer Zabardast (1979) with Dilip Kumar, Asha Parekh, Dharmendra, Zeenat Aman, Rishi Kapoor, Tina Munim, Kaajal Kiron, Tariq and Amjad Khan. The script revolved around the character of Dilip Kumar who gets wrongfully framed for murder. Differences cropped up between the thespian and Nasir Hussain and the project was placed on the back burner. In 1985, Hussain made another film with the same title Zabardast featuring Sanjeev Kumar, Sunny Deol, Rajiv Kapoor, Jaya Prada and Rati Agnihotri. When it flopped, trade pundits claimed that the title was jinxed. 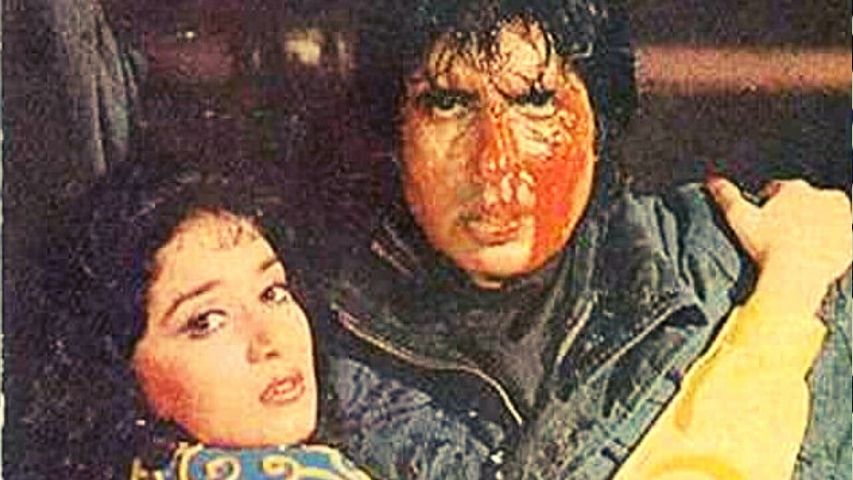 Circa 1997, director Tinnu Anand, the ace up his sleeve being Amitabh Bachchan who had become a national craze, initiated Shanaqt. For the first time, Madhuri Dixit was selected as Bachchan’s leading lady with Sujata and Madhavi comprising the supporting cast. The plot dealt with a military officer’s plane crashing into a lake. Having lost his memory, he is nursed by the heroine Madhuri Dixit. Bachchan and Ms Dixit were paired in J.P. Dutta’s Bandhua too. Again, it was no go. Together they have been seen on the screen only for the song sequence Makhana in the David Dhawan-helmed Bade Miyan Chhote Miyan.

Moral of the story: That’s show business, as iffy as a throw of dice.