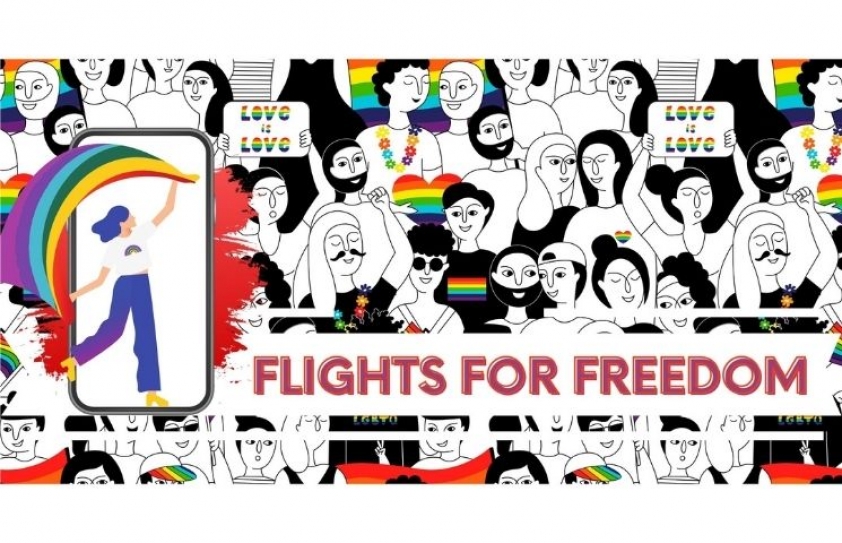 The 13th edition of KASHISH Mumbai International Queer Film Festival, will be celebrated online from June 1st  to June 5th 2022, with a possibility of a few days on-ground event in Mumbai (decision will be taken about this only by mid-March).

The theme of KASHISH 2022 is FLIGHTS FOR FREEDOM, underling the contemporary aspirations of the LGBTQIA+ community in India and across the World, who believe in diversity in its truest sense, and are now flying towards newer horizons on wings of hopes and dreams.

Sridhar Rangayan, festival director said, “These are challenging times when everyone is trying to look beyond the pandemic and forge new journeys ahead. The festival promises just that with its theme ‘Flights For Freedom’, where all of us together can take a flight to newer horizons. We hope to bring a hybrid film festival making the most of both online and on-ground events to kick start the Pride Month in June”.

The festival is inviting artists and graphic designers across the world to participate in the KASHISH 2022 Wendell Rodricks International Poster Design Contest to design the official festival poster and overall look for the festival’s upcoming edition.

Started by the late couture designer Wendell Rodricks in 2012, and continued in his memory by his partner Jérôme Marrel, the poster design contest offers a cash award of Rs.25,000 (approx. US$340) and a KASHISH Butterfly trophy. The winning design will be used on all the KASHISH 2022 collaterals. 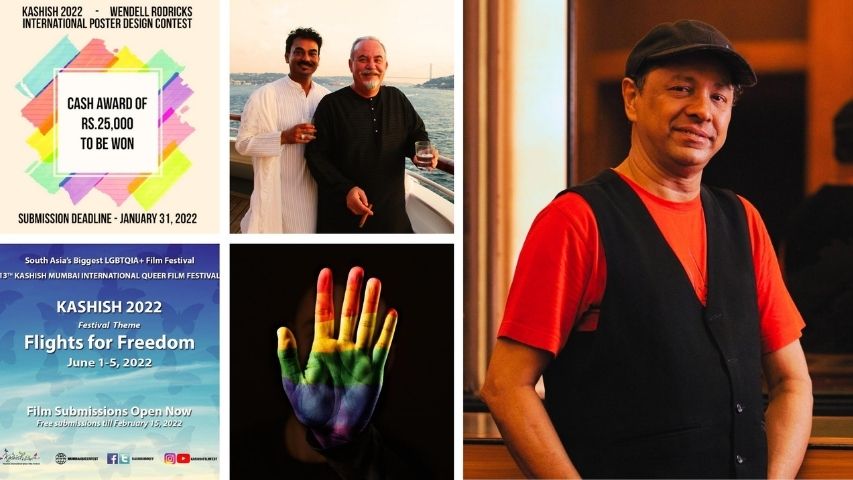 Jérôme Marrel said, "KASHISH Mumbai International Queer Film Festival 2022 is round the corner and submissions will start for the poster design competition. Once again I will be selecting the best poster to receive the Wendell Rodricks Poster Design Award 2022 in memory of my life partner. We expect a lot of creativity with a practical touch to allow the poster to be reproduced on various media. May the winner make the KASHISH team proud. I wish all of you good luck."

The submission form can be accessed at:

https://tinyurl.com/KASHISH2022PosterContest. The contest deadline is January 31, 2022.

Film Submissions are open too for filmmakers with a LGBTQIA+ themed films to submit to the festival. Considering the challenging situation all filmmakers must be going through, the festival has decided to waive off submission fees in all categories.

Filmmakers can visit https://mumbaiqueerfest.com/film-submissions-for-kashish-2022-open-now/ to check rules and submit.