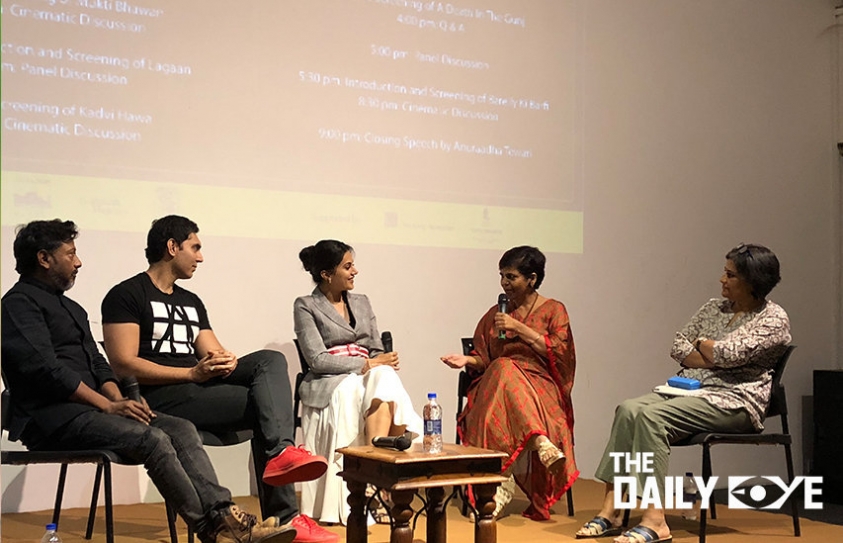 Film Festival on the Changing Narrative in Hindi Cinema

The First Edition of “India and the World: The Changing Narrative”, a Film Festival was held at the CSMVS (Prince of Wales Museum) from the 12th to 14th of January. Curated by Anuraadha Tewari (Writer-Director), the Festival had a set of 7 Films that traced the graph of the Changing Narrative on the Hindi Screen in recent times. Programmed like the 3 Act structure, the Festival had Newton as an opening, Lagaan as its centre point, ending with Bareilly ki Barfi. Mukti Bhawan, Kadwi Hawa, Ajji and A Death in the Gunj were its ‘story points.’

‘Intercut’ with the screenings were Panel Discussions and Live Conversations with Actors, Technicians and Journalists who held the audience in awe and regaled them with personal anecdotes, film craft and the challenges of their journeys. The intimate and informal atmosphere of the auditorium lead to very candid, warm, volatile and insightful discussions. The audience reaction was grateful, engaging, and incisive to say the least.

The Opening Speech was delivered by Anurag Kashyap who spoke of his journey from Paanch to Mukkabaz, how it had mellowed and made him wiser over the years. His friendship with people of mainstream cinema that made him more accepting and how it was important to have the conversation over The Changing Narrative and the only way out was for the ‘Change Makers’ to unite. 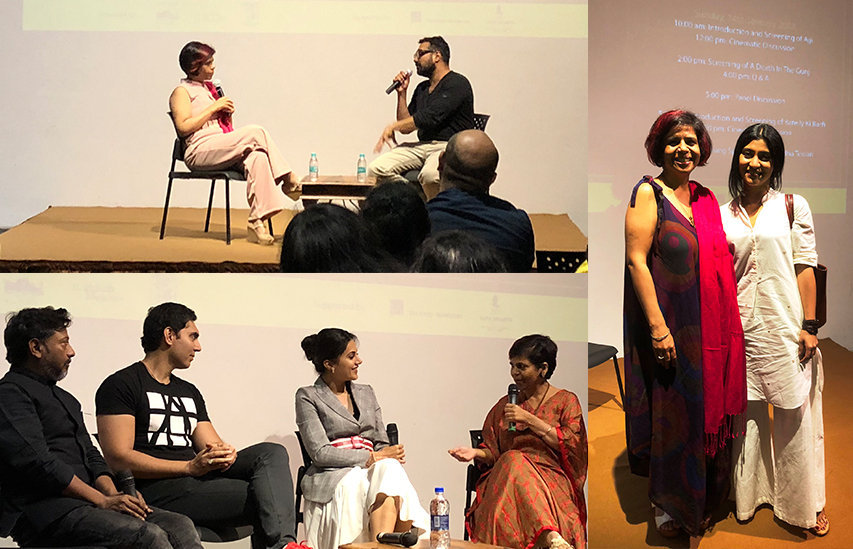 This was followed by a touching introduction to Newton by fellow Actors Pankaj Tripathi and Raghuveer Yadav who spoke in Hindi about “Aatma was what a true actor really exposed each time on screen”. Raghuvir Yadav’s live singing on stage had the audience giving him a standing ovation.

Day 2 had a Panel discussion including Director Onir, Lada Guruden Singh from Sony Pictures Ent, Namrata Joshi from The Hindu and actress Tapsee Pannu who spoke candidly of how she needed a ‘known and cinema assuring name’ to back a film she gives a nod to and how a Judwa 2 would hopefully ensure that she gets to do films like Pink and Naam Shabana in the future on her own steam. Others in attendance were Devashish Makhija (Director, Ajji) and Ballu Saluja (Editor, Lagaan) in cinematic discussions.

Day 3 saw had actress and director Konkona Sen Sharma in a conversation with Anuraadha about A Death in The Gunj in particular and about her journey from actor to director and how being a director allows her “to own her body” which is otherwise focused on having to co-ordinate instructions from the writer, director, cinematographer, sound person, etc. to be able to collate it all and deliver a performance.

Later, a Panel Discussion had Ashwini Iyer Tiwari (Director), Niranjan Iyengar (Writer and Lyricist), Ankur Patakh (journalist) and actor Kirti Kulhari which lead to a free spirited, volatile debate over Art vs Commerce and whether Cinema was Art at all. Kirti also spoke of the pitfalls of Social Media and her lack of belief in using it for showcasing her work.

The Festival closed with Ashwini Iyer Tiwary introducing the film Bareilly Ki Barfi to the audience and how her motif of “open doors” throughout the film was her desire to share the openness of small towns and families with the viewers.

It ended with Anuraadha Tewari thanking the attending audience for being Cinema Caring, attentive and being more Cinema Literate thanks to the Festival and its discussions.