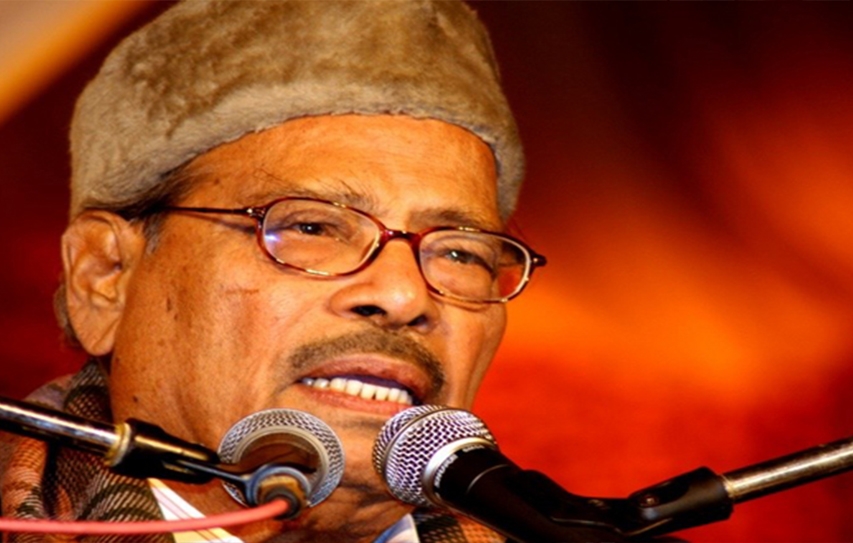 It was in late 1996 that I started the Bimal Roy Memorial with a view to honour my father, whose films continued to thrill audiences, and still do. Very few individuals from my father’s generation were however around in the late 1990s. Actor Sunil Dutt was one of them. And so was Manna Kaka or Manna Dey as the world knows him. His voice had rendered that tender sweet composition in kirtan style: “Chale Radhe Rani”, in Parineeta. When I called him to perform for the inaugural concert of the Bimal Roy Memorial, in February 1997, he was only too keen. “Rinki, how many songs can I sing?” he asked me, in his thick baritone. Delighted at his childlike enthusiasm, I assured, “Sing as many songs as you want to”.

He opened the concert with the memorable Salil Chowdhury composition from Do Bigha Zameen : “Bhai re ! Dharti Kahe Pukaar Ke”. I remember very well the impact of his voice as he flawlessly scaled the giddy peaks. As if an electric current had passed through the mass, the audience sat spellbound. They broke into a tumultuous standing ovation after he stopped singing. At the time, Manna Kaka was easily about 80 years. After the show, by way of formality, I presented him an envelope bearing the performance fee. I was visibly uncomfortable, money and I are strange bedfellows! He pretended to be annoyed and glared at me.

“What’s in there?” he demanded in a no-nonsense voice. “Your cheque,” I mumbled apologetically, wondering if I had done justice to a living legend.

“Pagol na matha kharap? (Are you mad or something?)” he said, before breaking into a hearty laugh. Every time he came to perform for the Bimal Roy Memorial, he was there for us. He always waived his fees as a gesture to my father. He belonged to that generation, which, no doubt, he missed sorely and lamented.

One thing is certain, Manna Dey was never in thrall of Bollywood. He remained a simple, down to earth man. Until he donned his trademark topi, he could pass off as an aam admi (common man). But he was among India’s greatest singers, the playback artist with a golden voice, whose repertoire consisted of every singing style, every mood every human emotion, be it persuasive romance, or an aching pang for one’s native soil. A singer who could sing everything from kirtans to jazz, from lilting romantic songs to patriotic marches. If some composers typecast him as a classical singer, it is their creative loss. True he never attained the popularity of Kishore Kumar, or Mohammed Rafi. Neither did he aspire to perhaps. But he was inimitable. Many young coy cat singers may imitate Kishore or Rafi, but imitating a Manna Dey number like “Laga chunri me daag” – is a near impossible feat. I salute the man and the artist as another Bimal Roy concert approaches us.