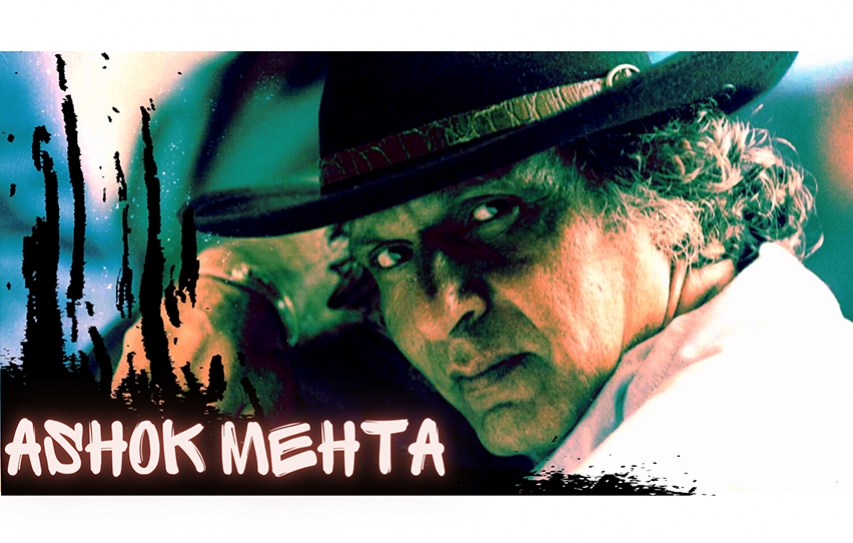 Khalid Mohamed writes on his documentary on the superstar cinematographer, Ashok Mehta, which is languishing in a hard disk somewhere.

There’s a hard disk sitting somewhere, hopefully properly preserved and cared for. It’s precious. It contains a series of on-camera interviews shot on high definition, with the iconic cinematographer Ashok Mehta (1947-2002), during his final days.

Sporadically, I wonder whatever happened to those valuable takes of the Punjab-born Ashok Mehta on cinematography, cinema and his self-deprecating accounts of struggle from a canteen boy, studio dogsbody-and-lightman to status as one of India’s most accomplished cameramen. Shashi Kapoor had recommended him for one of his films, a crime drama titled The Witness, as a solo DOP. Lucklessly, it wasn’t completed.

That initial downer apart, Ashok Mehta would have been 74 if he were alive today, and without a doubt still at work on projects, big and small. Perhaps he would have succeeded in directing his second feature film, too, which he so wanted to after Moksha: Salvation (2001) - headlining the debut-making Arjun Rampal with Manisha Koirala - an effort which he admitted went awry down the line. The visually arresting Moksha could not connect with the audience. Ashokji derived some measure of comfort from the fact that it did fetch him the Best Cinematography honour at the National Awards. Earlier, he had snagged the National Award for Aparna Sen’s 36 Chowringhee Lane (1981).

For starters, the project Moksha was conceived  as a realistic, hard-edge off-mainstream film, featuring Sanjay Dutt, financed by the National Film Development Corporation. That didn’t come through. Resorting to financial investment from the B-town market meant pumping up the project with the incorporation of crowd-baiting elements including the item song Jaan leva, which incidentally is one of the most imaginative of its kind. 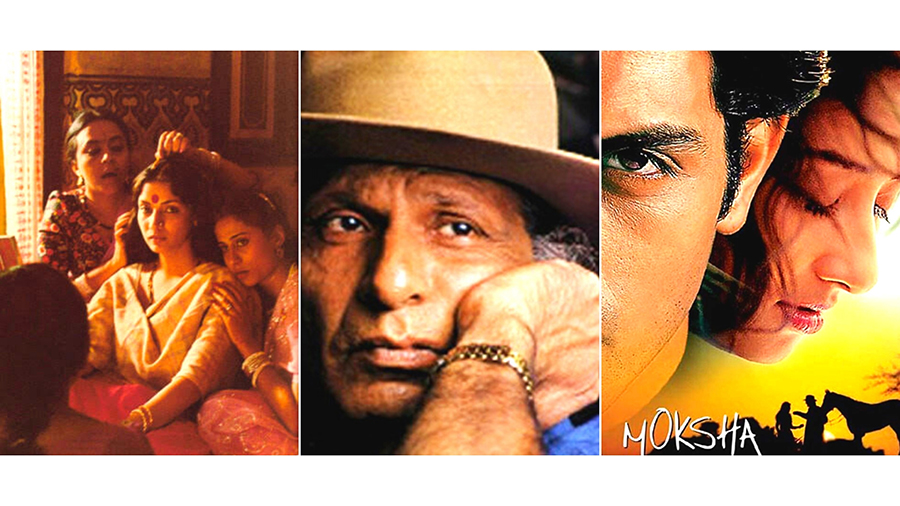 Extensive interviews had been conducted with Shyam Benegal, Anil Kapoor, Manisha Koirala and with Farah Khan who had collaborated with him on ad films and as a choreographer. Farah’s interview had to be reshot because of a technical sound glitch. Both the times, she had chortled that the only aspect she doesn’t like about Ashok Mehta is that he doesn’t gossip. 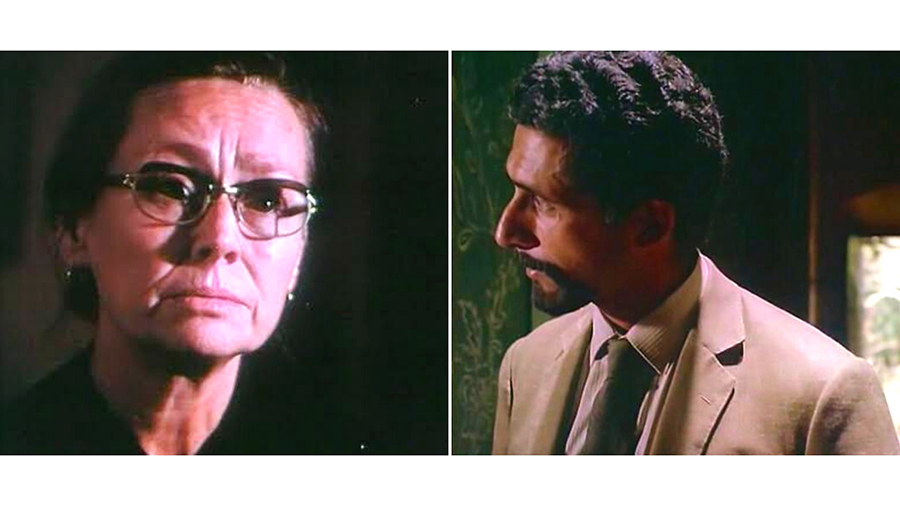 Dot-on that, whenever prodded to gup and shup, he would keep a straight face, and at most, smile, saying, “Darling, love and let love.” It’s believed that he had fallen obsessively in love with one of his heroines in the course of watching her through the eye of the camera. Whether that was Rekha, Smita Patil or Manisha Koirala, will remain a mystery. In  the course of the interview, he had brushed the question aside with, “No, it would not be fair to the lady concerned.” Point avoided.

The terminally ill Ashokji with lung cancer and a brain tumour was obviously not quite articulate and all-there when I conducted five interviews with him. One of them, he gamely gave while lying in a bed in his Andheri office-cum-studio, drifting away but returning to ask, “What did you say, darling? Sorry main thoda so gaya.”

Despite the heavy medication, he wanted to speak, and that was the prime force for persisting with the documentary. Ashokji was of the conviction that documentaries with film technicians would be of lasting archival value. He didn’t want to start with his. As he had said touchingly, “But you have no choice. I won’t be here for very long.”

Ashokji, as the chief of the Cinematographers’ Association, had in fact suggested a series of 13 documentaries on DOPs, beginning with the stalwart V.K. Murthy. “Fly down to Bangalore with a small team, don’t spend too much. I’ll fix it for you,” he had exulted, intending to find an outlet for the documentaries on television. “Ho jaayega, ho jaayega, bas jaake karo,” was his exhortation. I felt flattered to be his choice for doing the series. Thank you sir, to which he’d cracked, “Kya karen? You are the only one who mentioned my cinematography in the review of Utsav. Aur koi nahin karta.” Believe me, that was humbling. 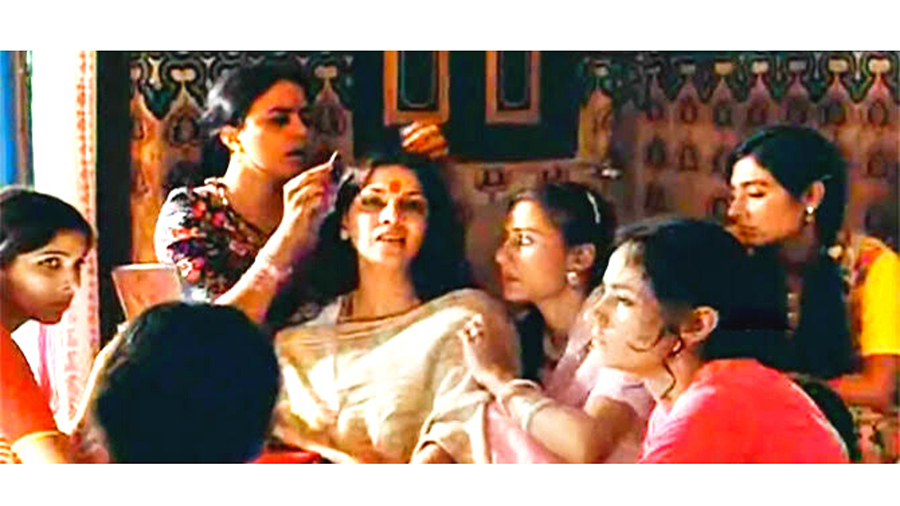 He requested me to write a proposal to the association, which I am not very competent at. Anyway since the fruition of such proposals can go on till kingdom come, Ashokji would vanish and then suddenly reappear at the newspaper office I was working at and exclaim, “Darling, it’ll happen. You just keep yourself ready for Bangalore.”

His enthusiasm was consistent if not impractical. Where I could gather a team of technicians to head for Bangalore at 24 hours’ notice? For him, that wasn’t an issue. “Ho jaayega ho jaayega,” he’d whoop, taking off his leather hat, scratching a bald pate thoughtfully. He must have reassured me half a dozen times, “Okay boss, I’m ready to be filmed or it’ll be too late. I’ll call you as soon as the association says okay to the proposal you have written and give you the word to get going.” The word never came.

Instead, Ashok Mehta rang up one morning, to ask me if I knew about his illness. Yes, I did. “Toh kaam shuru karo,” he continued nonchalantly. “No one lives forever.” So off, I went with my assistant Karan Desai and other volunteers and, on a zero-budget, began shooting a particularly memorable morning at his home in Versova. A lavish breakfast had been laid out for the unit. Somehow, he could also persuade his wife and son to talk about how good or bad he was at home. But Ashokji, after a couple of hours, was fading. Next day he was in hospital. 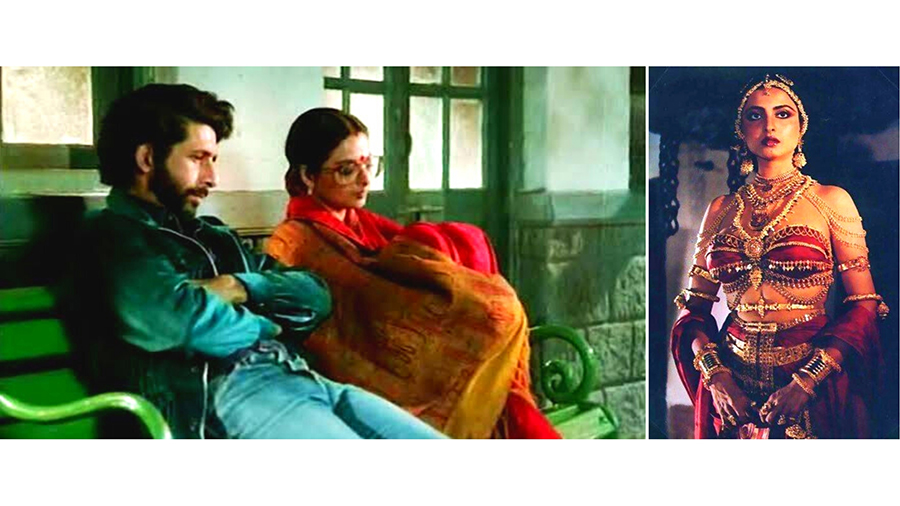 While seeking interviews with those who had been lensed by him, Shah Rukh Khan didn’t respond. No comments on that. Madhuri Dixit, whom he made look incredibly gorgeous for the Ram Lakhan song, O Ramji bada dukh deena, kept the unit waiting at Filmistan studio for an entire day. Nope, Ms Dixit couldn’t spare some bytes for him either.

Now, you may well ask who has that hard disk? To disclose the name of the person and her husband, who insisted on being part of the project as producers, would be futile and merely re-spark the acrimony. They were, after all, paying for the shooting in terms of hiring the equipment. Consequently, the material shot by Karan and me, was handed over to them. Why? There were inevitable creative differences besides incidents of bad behaviour. I found myself unable to carry on. In hindsight, I have no issues with the self-appointed producers about this at all. They had stood by Ashokji steadfastly during his last days and had ensured the best treatment to him at the hospital. They loved him unconditionally.

I was sure they would complete the documentary after my exit, do a better job for sure. Ashokji’s disciples, now cameramen in their own right, would see the documentary to its conclusion. Am I being hedgy about the differences? If so, please let me clarify. It’s just that I knew the subject, my adorable Ashok sir, down the decades. I couldn’t be poked rudely in the ribs during an interview and told, “Wrap up” or which particular still to use and which not. 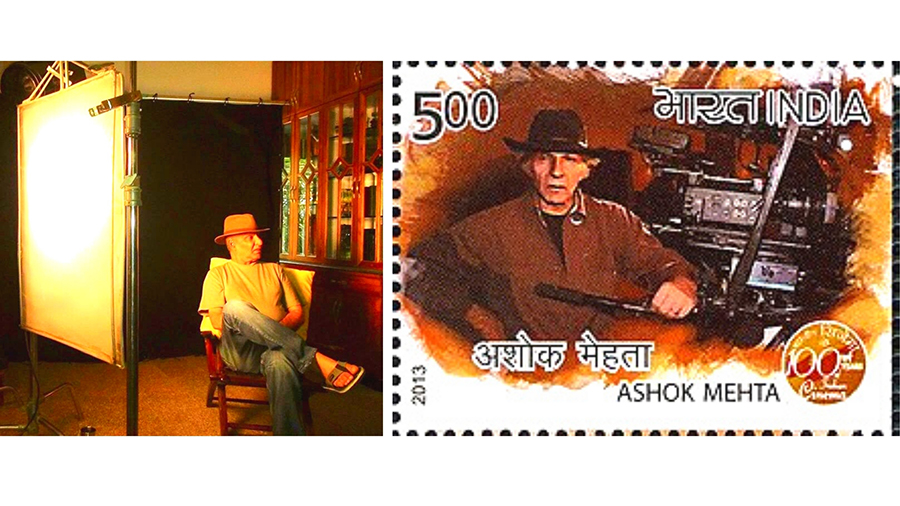 Neither could  my assistant be harangued for accounts  every day, when the helpless boy was striving to do his best with the creative side of things. There was a production person appointed, yes, but beset with his own personal problems. He had to go out of town, he was doing things just as a friend, that sort of stuff. He couldn’t be held accountable. Not that any money was being spent beyond the barest minimum.In the process, I lost my friendship with the producers. I’m sure they are justified in their views. Maybe I am too, maybe not.

All things considered, the documentary just doesn’t compare to their closeness and care for Ashokji. For them, he was a parental figure. My association with Ashokji was purely professional. I admired him. I wanted his documentary done. But I couldn’t give in to the producers’ interventions or be stubborn beyond a breaking point.

At the end of the day, or rather the end of this piece, I would just say, forget me, forget the differences, forget whatever, just get Ashokji’s last words, seen and heard. What else can I say? That hard disk says so much more.

The biography of Sanjeev Kumar