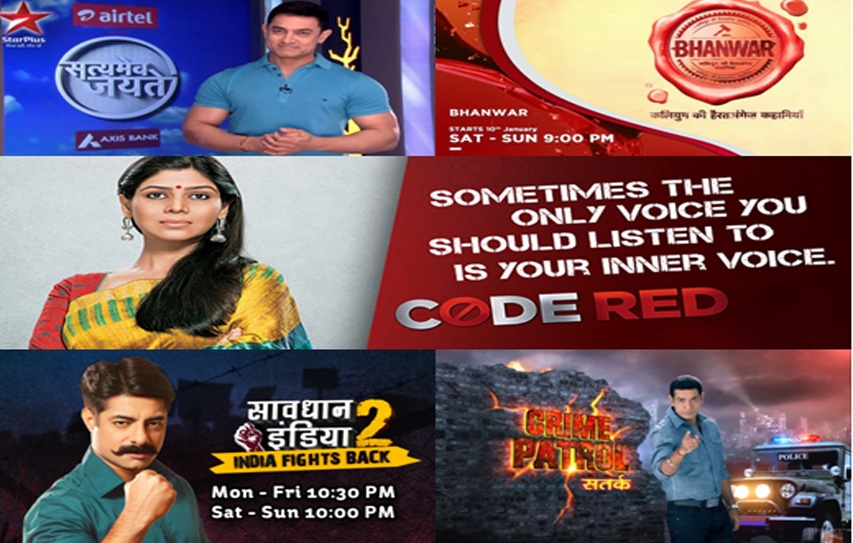 Prime Time has a plethora of fiction shows which are simply entertainment, entertainment, entertainment; barring the odd show or two. One can’t overlook the non-fiction shows which propagate socially relevant ideologies and coerce ideation and perhaps action. Some stand abreast of the fiction shows. Non fiction’s top rung is occupied by the Aamir Khan helmed Satyamev Jayate, a Sunday morning show. However, weeknights and weekends have socially relevant shows like Savdhan India, Crime Patrol and their ilk take over. Even though the Jessica Lall case or the Nirbhaya incidents aren’t news anymore, they need to be recorded for future. These shows put a spotlight on such issues and events with dramatic recreations of the actual event or a generic creation. In the process, a seed of altering the mindset is being sown; just when and how it will germinate is unknown.

It also put the spurious medicine industry and medical malpractice on the mat and brought about awareness. It is a platform for significant achievements of people which often go unnoticed, in order to encourage the audience to follow their own goals no matter what. This show doesn’t resort to dramatic recreation, but for a sensitive issue like rape and acid attacks blurs the face of the victim as she speaks.

Bhanwar
Bhanwar, a courtroom drama dealing with landmark cases, was first aired in the 1990s it periodically makes reappearance on Sony. In the last season, Bhanwar rewound to 1987’s infamous Deorala Sati case where Roop Kanwar’s father-in-law forced her to immolate herself on her husband’s funeral pyre which was lit by his brother. It had raised a storm of protests nationwide and worldwide. Although the accused were acquitted, that was the last instance of sati, we are led to believe.

Bhanwar recreated a landmark in judicial history, with a narration of the last jury trial in India. The Syrus Irani Case, depicts a naval officer killing his wife’s paramour, and stands trial. In the early 1960s, Bombay was rocked by a murder trial, where, the accused was Commander Nanavatty, a war hero. His status, made the case high profile; the media blitz and society outcry influenced the jury to pronounce their verdict as Not Guilty. The court dismissed the jury’s verdict and the case was heard afresh in the High Court. Thereafter, the Indian government abolished jury trials.

Code Red
Colors’ Code Red, a non-fiction, social issue based show, hosted by Sakshi Tanwar, was the first prime time daily series to tackle social issues. Among its most heartrending stories was about drug addiction in school children.

Another episode of Code Red narrated a heart tugging tale of an avaricious mother forcing her daughter Roshni to be Roshan, the child actor, because the demand for boys was higher, and so was the payment. Among Code Red’s most disturbing stories was of the rejection of a third gender child and planning its abduction and relocation amongst the third gender community.

Savdhaan India- India Fights Back
Savdhaan India – India Fights Back, a daily crime alert show, has been given a reboot with the multiple show hosts representing cities of their origin or association and taking viewers through the dramatized recreation of actual crimes which occurred in that city and leaving them with words of caution.

The team of hosts includes Sushant Singh, Atul Kulkarni, Gaurav Chopra, Mohnish Behl and  Hiten Tejwani among others. Atul Kulkarni, the anchor for Savdhan Mumbai, not only cautioned viewers against certain dangers, he also shared statistics and vital information for their security. November 2012 – 7 seasons

Crime Patrol
An Indian crime reality-television anthology series, Crime Patrol premiered in 2003. It is the longest running reality crime television series in India, having completed twelve years in 2015. It is currently hosted by Anoop Soni.

The series is set in Mumbai and Maharashtra. It has dealt with grassroots issues like female foeticide, rural politics, etc. Conceived as a reality series, it is known to be the first show on Indian television, where cameras traveled with the law enforcement authorities to capture crimes live.