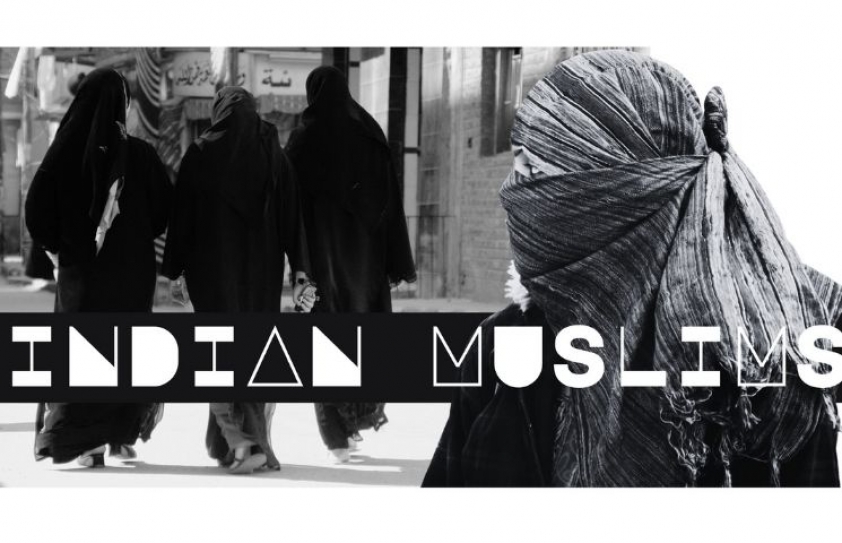 It’s about time we look into our backyards! And not ignore the murky events taking place there and along the by-lanes of our mohallas and bastis, writes Humra Quraishi

Spreading all around us are images of hapless human beings – abused, threatened and humiliated. There is a distinct pattern to it all. First the targeted person is assaulted by Hindutva men and then when there’s hue and cry, more Hindutva groups emerge out of nowhere. They raise slogans and put pressure on the political and government machinery to either let ‘their men’, the  culprits, go and make the victims as accused.

In the 2020 pogrom of North East Delhi, numerous Muslim men were paraded as dangais (rioters) - they were actually the victims! Not spared was even a Muslim doctor working at a well-known hospital of the locality. He tried to save lives and shockingly his name appeared in the charge sheet. And now, in 2021, there’s been one incident after another where the victims have been slapped with multiple charges.

The latest is Tasneem Ali, a bangle seller in Madhya Pradesh’s Indore. He was brutally thrashed by a group of Hindutva goons and then when an FIR could finally be registered against the perpetrators, there came a bizarre twist - counter charges were applied upon the battered bangle seller. Serious charges of child molestation and also of a name change, while in a video of the incidents that’s circulating, there’s no mention of it. Presumably an after-thought? And even if one was to believe the Hindutva lobby’s charge that the bangle seller had changed his name, from his Muslim name to a Hindu one, then arises another question. Why did he change his original Muslim name? Why did he have to do it? What were his compulsions? Perhaps, to survive today’s communal atmosphere?

The Hindutva lobbies, these Right-Wing backed brigades, are making life hell for Muslims to live vis-à-vis their housing, education, jobs, healthcare, selling locally grown crops or for that matter, selling glass bangles off the pavement. 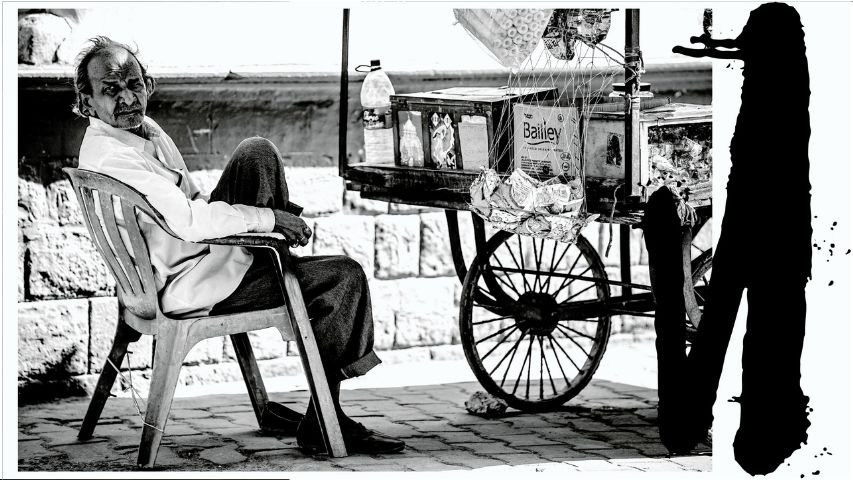 It’s important to make note of the sorry state of the Indian Muslim. In 1983, it was the Gopal Singh Committee report, which was the first official understanding of the dismal conditions of the Muslim community India. This committee, appointed by the Ministry of Home Affairs, and headed by Dr. Gopal Singh, focused on the fact that the Muslims were under-represented in various spheres, including in the government.

Over a decade later, in 1996, the Planning Commission's sub-group on minorities found the Muslims to be poorly represented in the Indian Police, Indian Railways, as well as the state and all-India services. According to the ninth and tenth Five-Year-Plan documents, Muslims remain educationally backward. Citing the National Family Health Survey (1998-89) the report of the Steering Committee on Empowerment of the Scheduled Castes (SCs), Other Backward Classes (OBCs) and Minorities, especially referred to the  prevalence of widespread illiteracy amongst Muslim women. It found that  while there were 32.9 percent illiterate women amongst the Christians and 38.9 percent amongst Sikhs, Muslim women accounted for 60.5 percent.

And in 2002, economist Abusaleh Shariff's detailed report, ‘Relative Socio Economic Deprivation of Indian Muslims’, showed that the Muslim community was comparatively worse off than the oppressor Hindu. Coupled with this, was the fact that more Muslims, 66%, lived in rural areas. These findings showed that overall, the head count poverty and capability ratios were considerably higher for Muslims compared to the all India average and the caste Hindus.

The percentage of population below the poverty line was 43 for Muslims as compared with 32 for oppressed Hindus and 39 for the whole population. The findings showed that not only was the household income  of  Muslims only Rs 22,807 compared with Rs 29,786 for the Hindu of the upper caste, but even where land was concerned, 43 percent of Muslim households were landless compared with only 30 percent among Hindus and that on an average the oppressor Hindus owned 5.1 acres of land compared with 3.6 acres for Muslims.

And in 2006 Justice Rajinder Sachar presented in the Lok Sabha, a comprehensive report, famously known as the Sachar Committee Report, focusing on the condition of the Indian Muslims, over three crucial indicators – education, health and social. Some of the findings were as follows: Most BPL (Below Poverty Line) Muslims can't access welfare schemes, 60% were landless, equal number skipped school, 94.9 percent Muslims in BPL families in rural areas don’t receive free food grains. 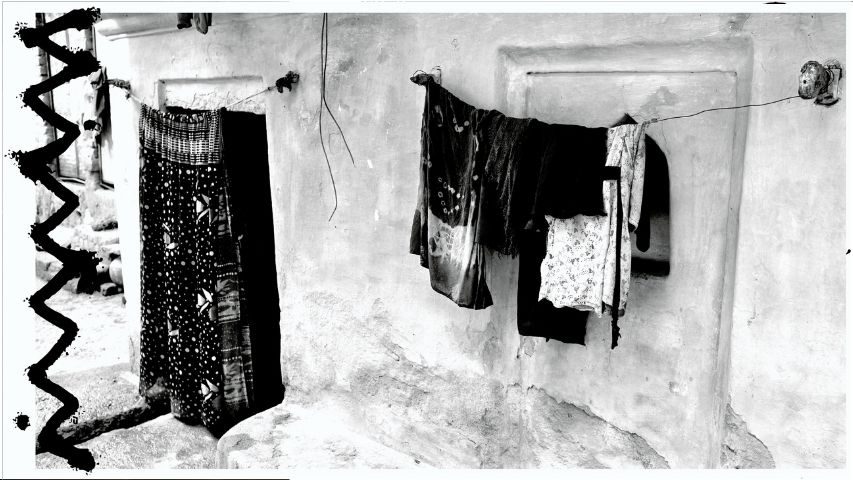 Sachar Committee’s initial findings had also stated that Muslims feel insecure and inferior in states like Uttar Pradesh and Rajasthan. There was also focus on Muslims as victims of bias. The committee found shocking instances of discrimination against the community. And these include cases of Muslims not getting loans from even nationalised banks and were finding it difficult to sell or buy property.

And in 2014, came the Kundu Committee Report. An extremely significant  report as it  focuses on not just  the dismal conditions faced by the Muslims of the country but also the reservation issue. To quote Professor  Kundu, “In fact, one of the  major issues we raised was the reservation issue. Why there is no reservations for the Muslim community when it’s a known fact that there are many Muslims in the Backward Caste slots. If there can be reservations for the Hindu Scheduled castes and communities then why not for those in the Muslim community? Why deprive them of this right!”

Professor Kundu also stressed that in certain spheres, the living conditions of the Muslins are worse off than even the Scheduled Castes, “Yes, in  certain spheres the condition of Muslims is worse than the SC and Backwards and these spheres are: access to medical facilities, to sanitation and water and also access to public and sarkari facilities. These deprivations and dismal conditions are much more so in those urban pockets where Muslims reside.” 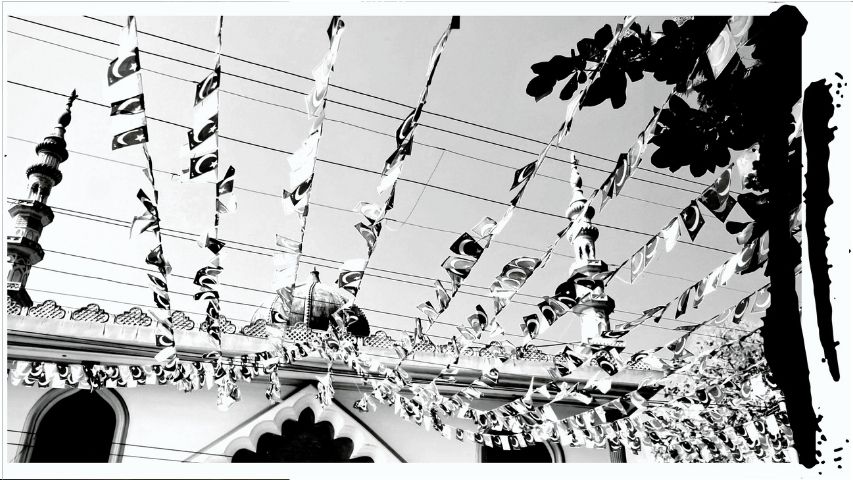 Meanwhile another disturbing video went viral last week. A group of Hindutva men in Rajasthan’s Ajmer are seen hitting, abusing and kicking a  Muslim beggar and his two young children. These Hindutva men are perhaps mere foot soldiers of the BJP–RSS who miss no opportunity in abusing the Indian Muslims.

I’m putting down these details from the ongoing abuses hurled at the Muslims of this country:  At the start of 2020, the likes of Anurag Thakurs, Kapil Mishras, Parvesh Vermas gave speech after speech, in the capital city New Delhi, abusing and mouthing the absolutely unthinkable about the minority community. At the start of 2019, Ananth Kumar Hedge came up with the threat - “hands that touch Hindu girls should be chopped off!” Before that, he had publicly said, “Till Islam is in the world there can be no end to terrorism!” In 2018, Right -Wing MP, Vinay Katiyar, said loud and clearly that the Indian Muslims ought to go to Pakistan. And in 2017, Sakshi Maharaja unleashed sheer poisonous propaganda to the effect that Muslim men marry 4 times and with that produce 40 children.

Then Sadhvi Niranjan Jyoti went to the extent of heaping gutter abuses along the Haramzada strain, on the Muslim community. In  2016, BJP’s MP from Fatehpur Sikri, Babu  Lal, and also BJP’s MP from Agra, Ram Shankar Katheria (who was then Minister of State in the HRD Ministry GOI) went to the extent of labelling Muslims “demons - descendants of Ravana”. All this in the open - in public speeches.

Sangeet Som’s communal speeches in Western Uttar Pradesh, threatening to ignite violence cannot be ignored either. Implicated in the Muzaffanagar riots of 2013, he was also accused of stoking communal tensions in Dadri’s Bisada village after the killing of Mohammed Akhlaq. And BJP’s MLA from the Goshamahal constituency in Hyderabad, T Raja Singh, got away despite mouthing death threats to all those who come in the way of the Ram Temple construction. “If there is anybody who has the guts to say he would stop the construction of Ram Mandir at Ayodhya, let him come forward and I will behead him. Until now, Uttar Pradesh had witnessed timid governments. Now, you have the powerful government. Baap ki sarkaar!” And just days after stating that India would become a Hindu nation by 2024, Uttar Pradesh BJP MLA Surendra Singh came up with  communal taunts, “those who desisted from saying ‘Bharat Mata ki Jai’ are Pakistanis!”

Tragically none of these abusive characters were arrested. In fact, every single week, communal onslaughts and targeted attacks are  taking place. There are no checks. No accountability.