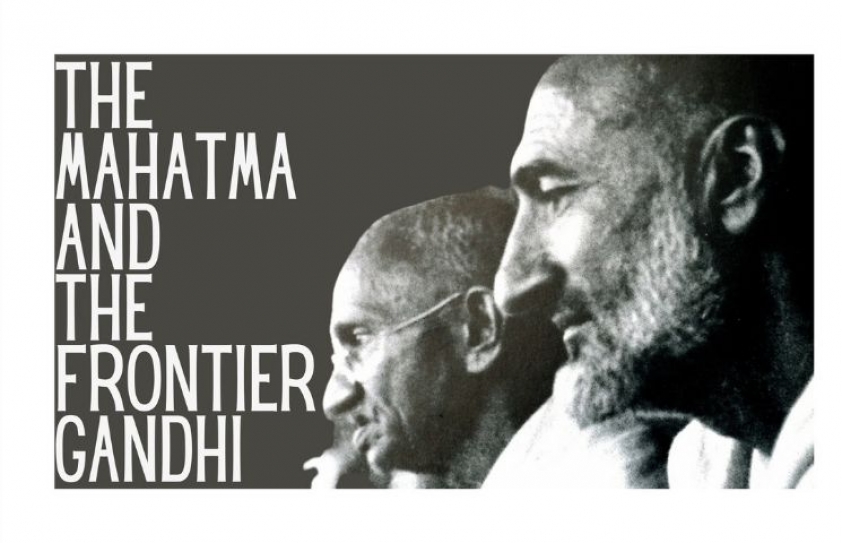 Sign of the times: The Mahatma and the Frontier Gandhi

Also, known as the Frontier Gandhi, he played a very, very significant role  in the Independence struggle. Needless to add that today, with the changing political climate, he and his struggles get bypassed.

A few years ago, Delhi based activist Faisal Khan, had formed the ‘Khudai  Khidmatgars’ (Servants of God), in memory of  the Frontier Gandhi. And in keeping with his philosophy, Faisal Khan and his fellow activists, reached out to anyone and everyone in distress. They also set up a ‘home’ in New Delhi, for all humans, from any religion or region. Justice Rajinder Sachar had inaugurated it and we were all present at that touching ceremony. But who knew then, the fate that awaited Faisal Khan! Some months back he and one of his Khudai Khidmatgar colleagues were arrested. Why? Because he was seen offering namaaz in the premises of a temple!

A person provoked quipped: Don’t we all belong to the same Creator! Don’t we all say prayers from the heart, whether rendered in any language or at any place! Don’t we all rush towards a peaceful place for solace, where we can pray!

Whilst keying in, nostalgia tightens its hold. I recall in school, Lucknow’s  Loreto Convent, I would rush towards the school chapel to sit there and pray. This was whenever I would be hurt or would be going past lows. Mind you, there were no upheavals or threats that a Hindustani Musalmaan girl was praying in the chapel. Nah, no apprehensions doing the rounds that the nuns were trying to convert the students, from this religion to that! Those were the good old days, when the political mafia wasn’t hounding ordinary citizens of the country. 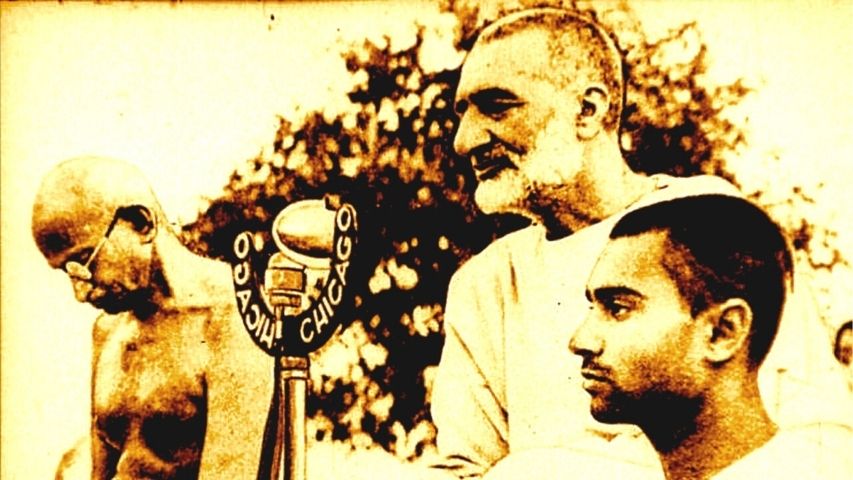 Getting back to Khan Abdul Ghaffar Khan, and through him to his grandson. I had met Asfandyar Wali Khan in 2004, in New Delhi, when he was here, at the invitation of Mahatma Gandhi’s grandson, Rajmohan Gandhi. I’d done a detailed interview with him for a national daily and I loved the way he spoke in an absolutely forthright manner. He was of the firm view that non-violence is the only way forward. He said, “See, there are only two ways to sort out an issue - using the military or through dialogue. Military or warfare do not sort out things and sooner or later, one has to resort to nonviolent methods, which means to have a dialogue. That is what both the Gandhis - Mahatma and Ghaffar Khan - had strongly believed in and practised. It is better to have a dialogue in the first place and not after the destruction that war invariably unleashes upon people.”

And, on asking him why such liberals like his grandfather are forgotten, he corrected me, “This is not entirely true. There are groups of students in Germany and in the US who are doing research on him. Then let me tell you this incident. In the mid 1990s, I was travelling in India and on the way to Agra we stopped at a motel where a young man came up to me, touched the thick khadi weave kurta I was wearing and kept saying. ‘Frontier  Gandhi used to wear such Khadi’”.

When I’d asked him about what he could recall about his grandfather, he looked lost in thought, before detailing, “Most of the time he was in prison. In fact, he spent almost 33 years in jail (in Pakistan), and for about seven years he lived in exile in Afghanistan. I managed to spend only about two years with him. There was one aspect to him that always stood out: his stark simplicity. Once when we were invited for dinner at an Afghan friend’s home, my grandfather ordered for all the dishes to be removed from the dastarkhwan except saag. To that the hosts commented that he is stricter than God, for God at least lets his people eat as much as they want! Even to this day, in my family, we have only two dishes for each meal. He always thought about the welfare of the people and that’s about it. He was extremely simple and that particular photograph of his still haunts me - him alighting from the plane with a little bundle tucked under his arm and Indira Gandhi waiting to receive him. He lived by his convictions and in 1929, when Mahatma Gandhi called for the nonviolent struggle against the British rulers, he responded by forming an ‘army’ of 1,00,000 men - the  Khudai Khidmatgars (servants of  God), who worked with him to take on the British through nonviolent ways.” 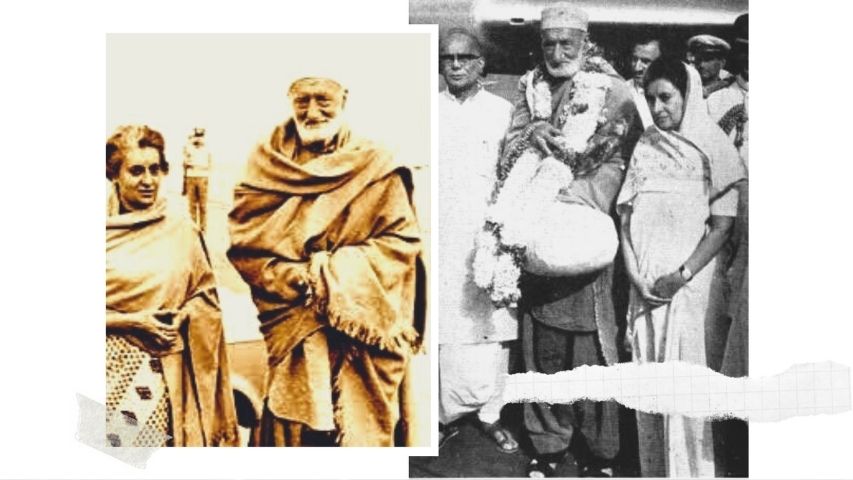 I had also asked him to comment on the dilemma of many – it is surprising to many, that the Pathans, who are considered to be violent people, could practise non-violence. And this is what he had to say, “My  grandfather had once answered this question. He had said, ‘There is nothing surprising that in a Muslim or a Pathan like me is subscribing to nonviolence. This is not a new creed. This was a method of protest followed 1,400 years ago by the Prophet, when he was in Mecca.’ This propaganda that the Muslims are a violent community is a fall out of today’s world politics and the games being played by the super power. In fact, when I was invited to address a forum in the US, I told the audience that you would have expected to see me, a Pakhtun with a long flowing beard and a gun on my shoulder, but here I am, clean-shaven and a strong believer in nonviolence. I have no

Security guards with me. Even when travelling in the interiors of my country, it is just me and my driver. I believe there is a fixed time for death and nobody can change it by even a second. Such is my belief and faith. And although I have been in politics for years, I have never deterred from my principles. In fact, if you have studied Afghan history, then you’d know that their struggles have always been based on nationalism and not on religion. It is the US that brought in religion and used it in recent wars. This phase has been like a curse for the people of Afghanistan.”

He had even come up with this rather simplistic explanation to the growing turmoil in the world, more so in the Islamic world, “If you have two badmashes in a village it’s okay, because both will be busy settling scores with each other. But there will be chaos and confusion if there is only one badmash left! That’s the trouble in today’s world. There is only one badmash left! Also, where’s the leadership of calibre in today’s Muslim world. Religion was used by Americans in Afghanistan to create their base,  otherwise Afghan struggles had been based on nationalism and not on religion. Also, the ongoing atrocities against the Palestinians are hurting  the Muslims world over. Post 9/11, the situations in Iraq and Afghanistan are being looked at as if they are similar, which is not the case. The true essence and meaning of Islam is being overshadowed in this chaos, which is  unfortunate, for Islam stands for justice and peace.” 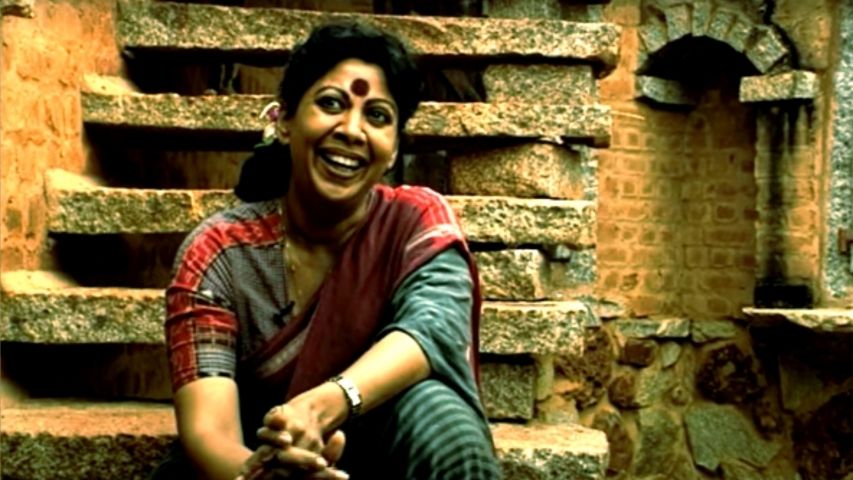 However, overshadowing memories of Asfandyar Wali Khan, the disaster in the state of Uttarakhand, is bringing Protima Bedi to my mind - she had died in a landslide, on August 18 1998, in Uttarakhand’s Pithoragarh.

Much before I had  interviewed Protima Bedi I’d been spotting her all over the capital city, New Delhi. Some aspects stood out - she was never alone  but always accompanied by a male friend, who invariably happened to be  one of the ‘who’s who’, from the creamy lot. This city houses plenty. She always wore simple cotton stuff; often the traditional mundu (Kerala’s two piece sari), tied low, with her midriff revealed. She didn’t seem to wear much makeup, except a big-sized bindi and lipstick on her thick lips! That pout caught attention. Oh, yes, she looked attractive and she always knew that people were staring at her. Her gait was confident and even when she wore the simplest, she looked different.

I had met Protima Bedi and spoken to her informally, at social gatherings, but a detailed  interview with her came about when she was all set to dance for the newly formed Association of British Scholars (ABS ). And with that,  she hoped to collect enough money for the dance  school Nrityagram, which she  had established in Karnataka.

The interview was published by The Daily Eye in the month of August last year. Here is the link to it: The forever story: Protima Bedi