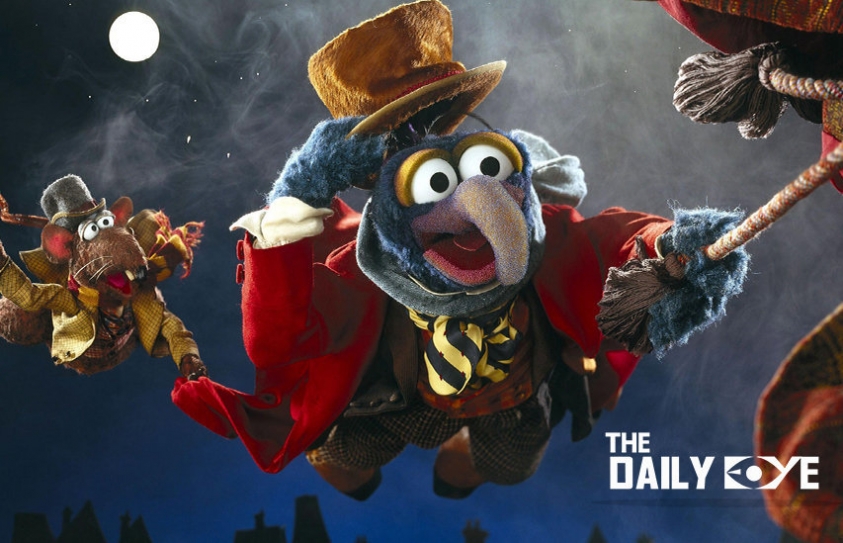 Celebrating the 25th Anniversary of the Muppet Christmas Carol

The Muppets are just adorable, aren't they? And what's more adorable about them is their much-beloved Christmas classic, The Muppet Christmas Carol. There have been many adaptations of Charles Dickens’ “A Christmas Carol,” yet it’s this Muppet musical that remains a stand-out favourite among fans. In addition to it being the first Muppet movie after the death of the group’s creator, Jim Henson, it marks the feature directorial debut of his son, Brian Henson, who took over for his father. And released in 1992, “The Muppet Christmas Carol” turns 25 years old this Christmas.

Here are some fun, little-known facts about The Muppet Christmas Carol:

To achieve the "Tis The Season" shot of Kermit walking down a snow-covered street with nephew Robin (playing Tiny Tim) on his shoulder, Brian Henson had to employ 10 puppeteers. A rotating drum covered in fake snow was positioned beneath Kermit's feet, to allow for a natural gait. If you pay close attention, you can see it in action. Behind that was a blue screen and various puppeteers working the characters' limbs and mouths. These were swapped for lit-up London homes in post-production.

In an interview with The Guardian, the film's director Brian Henson gives an honest account of how daunting a task he had taken on, as it was his first outing in charge of the franchise following the death two years earlier of his father, the legendary Muppet creator Jim Henson.

The Muppet Christmas Carol debuted on December 11, 1992, with Steve Whitmire taking over Kermit the Frog for Henson as the man behind the Muppets passed away on May 16, 1990 at the age of 53. The film is dedicated to Henson and his recently deceased collaborator Richard Hunt, who'd long performed Scooter, Beaker, Janice, Statler, and Sweetums.

Two-time Academy Award winner and English acting legend Michael Caine brought a considerable amount of prestige to the production, which was the first Muppet movie to focus on its human characters. Perhaps as a sign of thanks, The Muppet Christmas Carol's production design team added a nod to Caine's given name, Maurice Micklewhite, to Scrooge's 19th-century London. In the film's finale, keep your eyes peeled for a shop named Micklewhite's. Henson offered the role to Michael Caine, who agreed to the role on condition that "I'm going to play this movie like I’m working with the Royal Shakespeare Company. I will never wink, I will never do anything Muppety. I am going to play Scrooge as if it is an utterly dramatic role and there are no puppets around me.

The long-time gofer for The Muppet Show was originally supposed to appear as the Ghost of Christmas Past in The Muppet Christmas Carol. Similarly, Miss Piggy and Gonzo were considered for the Ghosts of Christmas Present and Yet to Come. However, this idea was scrapped in favour of new Muppet creations that could better underline the ominous nature of the story. Piggy was recast as Mrs. Cratchit and Gonzo as Charles Dickens. But Scooter was cut completely.

The girl spirit that guides Scrooge into his childhood has an eerie, floating physicality. To achieve this look, puppeteers were submerged with the Muppet in a tank of baby oil backed by a green screen to record the performance. However, the cost of a tank of baby oil soon stacked up, pushing the filmmakers to switch to water. Though the rod puppet's glues and paints interacted poorly with the water, they got the shots they needed.