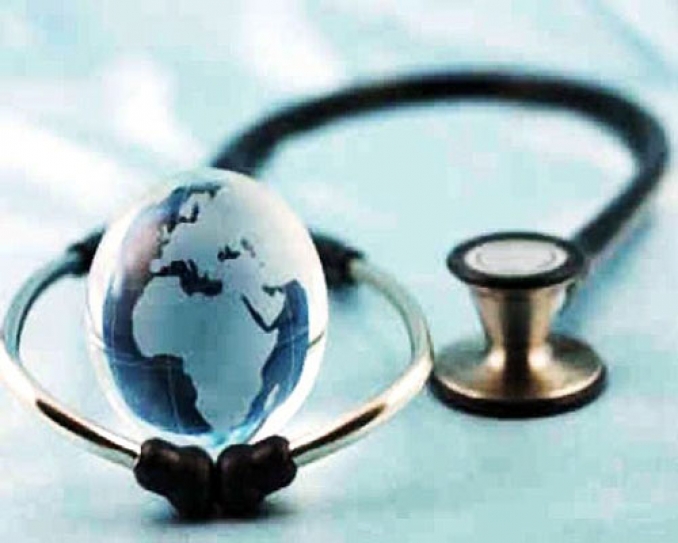 LONDON – On September 25, world leaders will meet in New York at a special session of the United Nations to chart a path to a new set of Sustainable Development Goals (SDGs). Described as a “generational opportunity,” the potential is indeed great. But indications so far suggest that optimal health goals could be derailed.

The SDGs will succeed the Millennium Development Goals, which were adopted in 2000 and expire in 2015. The MDGs have proved instrumental in galvanizing political will and focusing financial resources on a limited set of basic needs in low- and middle-income countries. The lives of millions of people, particularly in Sub-Saharan Africa, have been improved.

The SDG framework has been the subject of a year of widespread consultation, lobbying, and debate. Consensus is emerging in a few areas: the new goals should address the unfinished MDGs; they should include not only poverty, but also planetary limits, including climate change; and they should be universal in scope, addressing challenges such as widening inequality in poor and rich countries alike.

A universal health goal also makes a lot of sense. Some conditions, such as neglected tropical diseases, are unique to developing countries, while others, like AIDS, tuberculosis, malaria, and maternal mortality, affect poor countries disproportionately. But, for the most part, a universal set of maladies has emerged over the past decade, accounting for the vast bulk of ill health and preventable death in all regions of the world. Unfortunately, the proposed health agenda seems to ignore this trend.

The Global Burden of Disease Study, conducted by hundreds of scientists collaborating over many years, provides the best comparable estimates regarding causes of death and disability and their underlying risk factors. The data are clear about what makes us sick and kills us prematurely.
Non-communicable diseases accounted for two out of every three deaths worldwide in 2010, and projections indicate that by 2030, NCDs will be the most common cause of death in Africa. These deaths are largely driven by a few risky behaviors: tobacco smoking (second in the global ranking of risk factors), alcohol use (ranked third), obesity and poor nutrition (ranked sixth and seventh, respectively), and physical inactivity (ranked tenth).

In late July, UN Secretary-General Ban Ki-moon published a short report to inform the upcoming General Assembly debate. While clear about the need to address the existing MDGs, the report only briefly mentions the burden of NCDs. While it calls for action to “promote healthy behaviors” it does not include any measures to curb smoking, reduce excessive alcohol consumption, or improve diets; instead, the report focuses solely on water, sanitation, and hygiene (all good things, to be sure).

Why do NCDs, the world’s biggest killers, have such a low profile, given the evidence concerning current and future health needs?
A look at the consultative processes that shaped the Secretary-General’s report provides some clues. Of the 99 papers reviewed for the health consultation, 15 came from organizations promoting sexual and reproductive health and rights, while only five were from NCD-focused groups (six if a paper from a group supported by the alcohol industry is included).

Equally important, much evidence was simply ignored. A review of the documents presented to the Secretary-General’s High Level Panel on the Post-2015 Development Agenda, chaired by the Presidents of Indonesia and Liberia and the Prime Minister of Great Britain, reveals a broad range of recommendations, rooted in a deep understanding of current and future global health problems.

The experts recognized that the world’s health problems are shifting away from communicable diseases toward NCDs. They gave a strong recommendation to include “interventions to reduce the consumption of alcohol and tobacco.” But the High Level Panel nonetheless arrived at a position that The Lancet, a leading medical journal, characterized as embodying a “weak” commitment to addressing NCDs.

Relegating NCDs to a low position on the global health agenda is not new. An independent committee of experts convened by the World Health Organization found that the tobacco industry used creative, secretive, and effective tactics to divert the WHO’s focus from NCDs for years. Recent publications reveal that the food industry pursued similar strategies to influence global health policy.

How can we overcome the role that vested interests may be playing in setting a global health agenda that fails to address key drivers of disease? Perhaps one answer lies in listening more to the communities directly affected by major health conditions.

For example, people living with and affected by HIV organized vibrant social movements that issued demands for change at national and global levels, dismantled legal and social barriers that exacerbated risk, and articulated norms and standards in human-rights terms. As a result, huge progress has been made in preventing infections and keeping people living with HIV alive.

The UN General Assembly could do well to listen and learn from that experience. Everyone, including the most marginalized and vulnerable, has a right to good health, which is essential to human dignity and economic development. But upholding this right requires that policymakers focus on what makes people sick. An agenda that powerful corporate interests would rather stifle might be a bitter pill for world leaders, but it is one that they should swallow sooner rather than later.