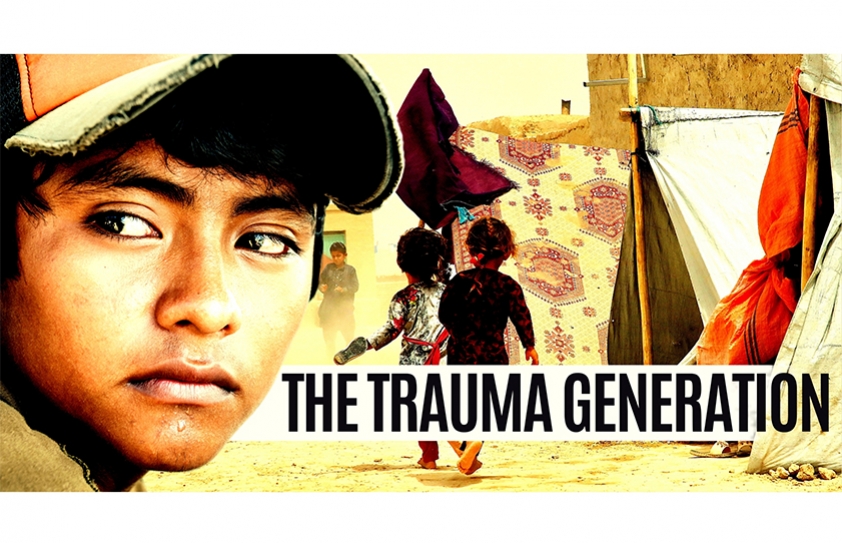 Humra Quraishi looks into reports, that are available, to find out about the fears and anxieties of the present youth and children in the State of Jammu and Kashmir.

I’m sitting somewhat forlorn… as the rains are lashing, hindering mobility, upsetting lives and interrupting my flow of thoughts. There are dismal reports about how people are surviving without basic needs like roti, kapda and makaan. Today even newly constructed roads, bridges and airports are unable to bear the burden of the fury of nature, what can one say about people? It seems like everything around us is collapsing.

Gone are the days when the rain brought songs and dance to the mind and body and the many fried foods that went along with such beautiful days that were spent indoors. Even the memories of those good times that are getting washed away by torrential rainfall. All that finally occupies the mind is gratitude for having survived (so far), both, communal as well as the COVID virus’.

I’m brought to focus on the youth, that hasn’t experienced those carefree days. With educational institutions shut or partially open, what can be expected on that front! The majority of students are unable to cope with online classes. No matter what bogus propaganda is spread by the present day Pied Pipers, fact is that a high percentage of students and their families, in India, cannot afford smartphones or for that matter, Wifi.

The political mafia has invaded educational institutions. In recent years, the State has been poking its nose in every affair at University campus’. The ‘happenings’ on the campus’ of the Jawaharlal Nehru University, Allahabad University, Jamia Millia Islamia, Jadavpur University, also the Universities of  Hyderabad and Delhi point to the  fact that the State machinery is using every means to silence dissent. 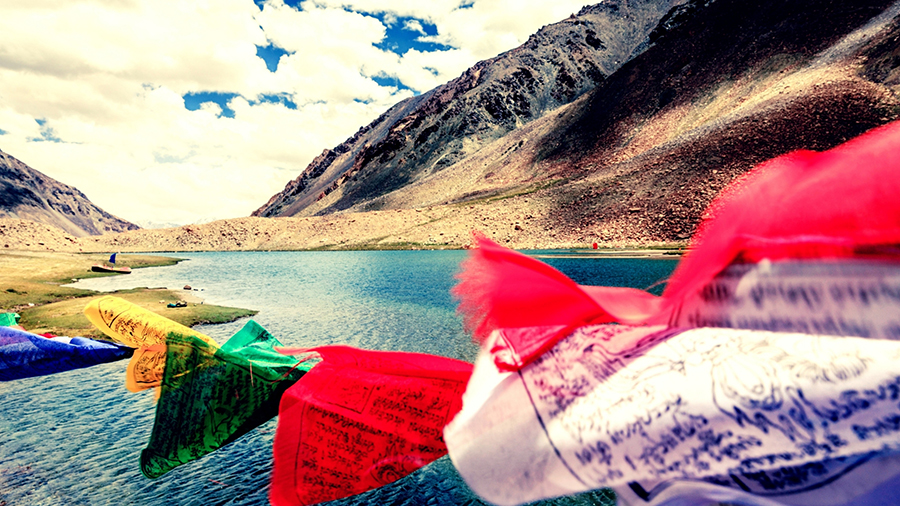 And throughout the summer and autumn of the year 2017, anarchy was witnessed on the campus of the Banaras Hindu University as well. It was not different from what happened at the Ramjas College (University of Delhi). Students were hounded for speaking against the political mafia. Protesting voices were throttled. Sheer muscle power prevailed. In February 2019, it became apparent that the Right-Wing forces were bent on creating ‘mischief’ on the campus of the Aligarh Muslim University as well. And, in 2020, hundreds of our students and scholars were harassed by the State because they raised their voices against the Citizens Amendment Bill (CAA) and also against the handling of the communal rioting and killings that have shaken North East Delhi.

Today, in 2021, as hopelessness looms large and violence keeps on spreading further, I’m reminded of the young boys and girls in the Kashmir Valley, who have been at the receiving end of an extremely harsh dictatorial system for too many years now. It gets fierce as deaths compound and today, as I write this, on the 22nd September 2021, news has arrived of the death of Jammu and Kashmir cop, Ajay Dhar, from Kupwara district by a colleague of his who mistook him for a militant.

Can one even imagine the aftermath of so much bloodshed? This particular generation of Kashmiris has grown up in the most trying circumstances.  Their childhood was spent in curfews and crackdowns. They never experienced carefree adolescent days. Disruptions have left a deep imprint on their young minds. The tragedy becomes more horrifying when you cannot lodge complaints against atrocities for fear of being further victimised. Over the years there have been several surveys conducted in Kashmir by Médecins Sans Frontières (MSF), an international medical humanitarian organization, which has detailed the extent of the impact of the violence  on the local  population of the region.

In previously given interviews to me, a leading psychiatrist, Dr Mushtaq Margoob, had been categorical in saying that the prevailing turbulence has been affecting a large section of the people. To quote him, “A whole new generation of Kashmiris is growing up in this atmosphere of uncertainty, insecurity and stress. Undoubtedly, I am worried about them. This region has been witnessing traumatic situations for more than two decades now.” He also detailed that the news of deaths and violence was affecting the young Kashmiris: ‘Today’s ‘trauma generation’  has hardly seen a minute of peace or tranquility in their lives. Under such trying circumstances, even an adult’s brain automatically shifts operations from highly evolved reality-based action processes to instinctual/emotion-based reactions of fight or flight course of action.” 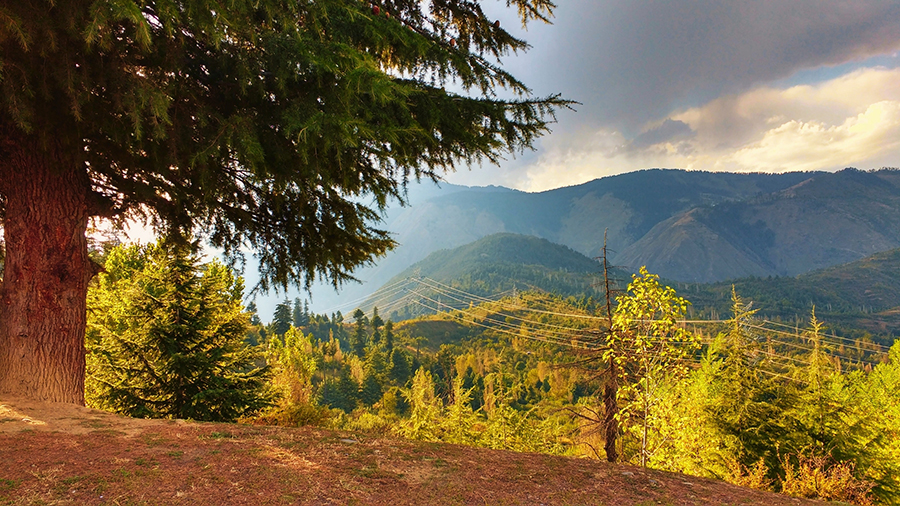 In 2018, Jammu Kashmir Coalition of Civil Society (JKCCS) released a report titled - Terrorized: Impact of Violence on the Children of Jammu and Kashmir. The report is the assessment of the violence against children in Jammu and Kashmir in the last fifteen years (2003 to 2017). It also focuses on the grim reality that there are no legal and normative processes or practices protecting children’s rights in Jammu and Kashmir, as minors have been booked under the repressive Public Safety Act (PSA).

The report says: “Children in Jammu and Kashmir are living in the most militarized zone of the world, with the presence of 700,000 troopers, which exposes them to the risk of all grave six violations against children as laid out in United Nations Convention on the Rights of the Child. The fifteen-year period from 2003 to 2017, witnessed not less than 318 killings of children (in the age group of 1 to 17) in various incidents of violence in Jammu and Kashmir. The killing of 318 children constitutes 6.95% of the civilian killings in last fifteen years, as 4571 civilians have been killed in Jammu and Kashmir in the same period (2003 – 2017). In the same period, i.e. from 2003 to 2017, at least 16,436 killings were recorded in Jammu and Kashmir, and the majority of them included alleged militants numbering at least 8537 killings. The numbers indicate that in the last fifteen years Jammu and Kashmir in an average year has witnessed at least 1,095 killings, which belies the government’s claims of ‘return to normalcy’. The pattern of killings of children in the fifteen-year period suggests that children were direct targets of state violence, as part of its stated offensive to curb uprising and militancy. At least 144 children were killed by Indian armed forces and state police in Jammu and Kashmir, which alone accounts for nearly half, i.e. 44.02 percent, of the total children killed. Most of the children, at least 110 of them, killed in state violence were shot dead in different incidents of violence, and not less than 8 children died due to injuries inflicted from pellet shot guns fired by government forces. Twenty-seven children died due to drowning either caused due to the negligence of armed forces in Wular lake tragedy or being chased by government forces during a protest, where victims find no way of escape from the armed forces and are forced to jump into water bodies, resulting in their death.”

Perhaps, needless it is for me to stress on the fact that in the last couple of years the human situation in the Kashmir Valley has been more than worrying.