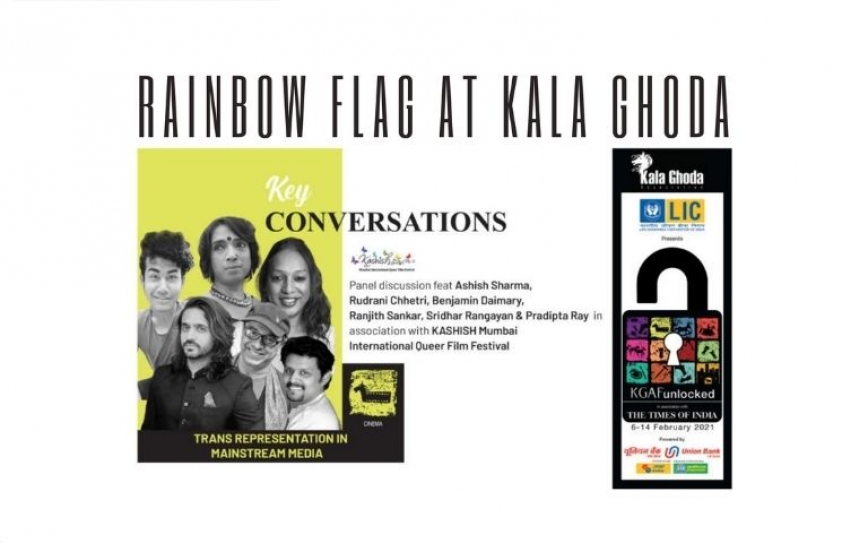 Three LGBTQ programs by KASHISH are being hosted at Kala Ghoda Arts Festival this year, reports The Daily Eye Newsdesk

Sridhar Rangayan, festival director of KASHISH Mumbai International Queer Film Festival said, “This is the third year in succession that KASHISH is collaborating with Kala Ghoda Arts Festival, this time virtually. As one of the leading platforms in India curating and programming LGBTQIA+ content, we try to create a year-round slate of programming with other film festivals in India and across the world and also with organizations and corporates. We want to spread the message of rainbow love!”

“The Kala Ghoda Arts Festival has been synonymous with Mumbai city for over two decades now. The festival has always echoed the plurality of cultures in every form - be it the arts or its people. KASHISH MIQFF represents an integral sub sect - the LGBTQIA+ community and their artistic expression thereof with cinema. We are proud to collaborate with KASHISH MIQFF for bringing a superlative showcase of queer themed short films. Further to this, a panel discussion of ‘Trans representation in mainstream Media’ is timely and relevant. I hope these events are attended by all at the Kala Ghoda Arts Festival 2021, virtually from the comfort of their homes”, said Rohini Ramnathan, Content Director at Kala Ghoda Arts Festival 2021.

The 31st Kala Ghoda Arts Festival kick started on February 6th with the Best of KASHISH – International program of 6 short films that showcased the diversity of global LGBTQ experiences in Brazil, Macedonia, Taiwan, UK and USA. These have been award winners or audience favorites at the KASHISH 2020 Virtual edition held last year in July. 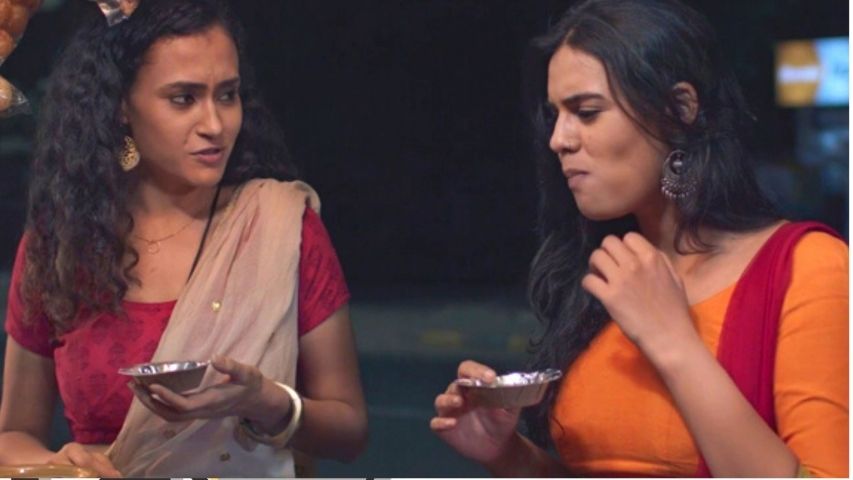 A panel discussion titled Trans Representation in Mainstream Media, followed by bringing together actors and content creators to discuss how has been the representation of transgender women in feature films released recently in theaters or OTT platforms. The speakers included award winning director Ranjith Sankar, who has directed the film Njan Marykutty with Jayasurya in lead role of a transgender character, popular actor Ashish Sharma, who played the eponymous Khejdi, real life transgender activist and actor Rudrani Chhetri, who plays Anarkali in The Last Colour, Benjamin Daimary, who played the transgender Maina in Jonaki Porura and Pradipta Ray, filmmaker & actor who did the dance Electric Piya in Gangs of Wasseypur. Filmmaker & festival director Sridhar Rangayan was moderator.

Ashish Sharma, producer and lead actor of Khejdi said, “I as an actor and an individual strongly feel that such discussions on inclusivity are very essential to bring about a sense of acceptance from all corners of professional environment. An individual irrespective of gender choice is empowered if they are independent and are financially secure and that can only happen if equal professional opportunities are provided and an inclusive work environment is created. It is a two way street, society needs to be accepting and accommodating and that’s why people like me who represent so called ‘society’ should be a part of these conversations to make it accepting and de-stigmatizing.”

Transgender activist Rudrani Chhetri, who has essayed the part of Anarkali in Vikas Khanna’s The Last Color said, “The discussion is much needed to have opinion that how I as a Transgender actor feel about industry, which usually never happens, because for those media/discussions that cover films, for them people like us don't matter, nor our contribution. And this panel is so clear that we as an artist exist, matter, and have opinion.”

Some of the points discussed in the panel were - How do these films in Malayalam, Rajasthani, Hindi and Assamese show the local realities of trans lives? Do these trans portrayals reflect real lives, real issues and real situations of the trans community? How can we create a more inclusive space for real-life trans actors?

Next week on Friday February 12th, KASHISH will present a set of 6 short films from India in its Best of KASHISH – Indian program. Once again it is a free event accessible for 48 hours to those who register at https://insider.in/kgaf-2021-indian-selection-kashish-mumbai-international-queer-film-festival-feb12-2021/event