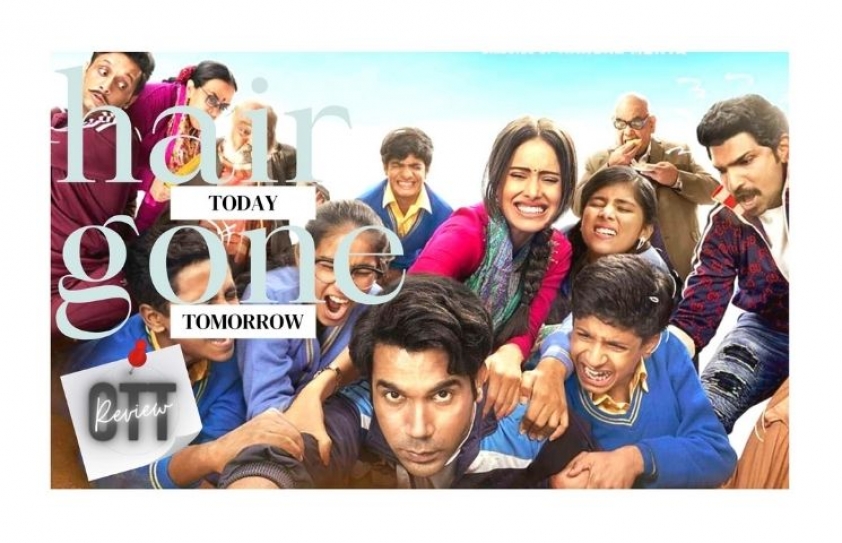 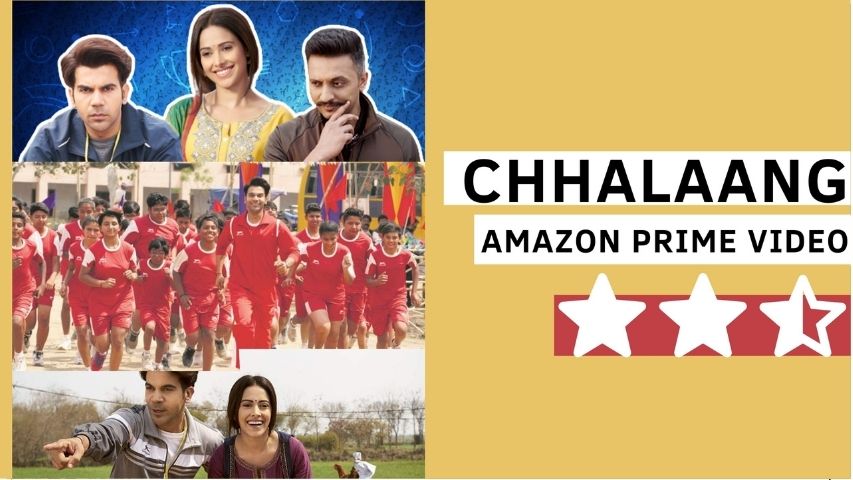 Rightaway, please do be informed that this review, or what-cha-ma-call-it, was an exercise on how to depreciate my faculties. It took tremendous labour, thereby placing my mood in a vapour.

Reason: The names of the lead acting personae of Chhalaang are so numerologically stacked that it was like participating in a SpellBe Olympiad. The three central protagonists, I finally discovered spell themselves as Rajkummar Rao (detect the extra ‘m’), Mohammed Zeeshan Ayyub (whyy the double yy?) and the glammy-whammy of the trio, is Nushratt Bharuccha. May the luck of the extra consonants be with them. Do hope they don’t add more in the near future, though. Just flow with the go, guys.

Plus hell’s bells. Gallons of gel are used in this hair-control exhibition, directed by Hansal Mehta, co-produced by Ajay Devgan and co-ditto-and-written by Luv Ranjan (of Sonu Ke Titu Ki Sweety). How tweety-ho is that? Like it or not, Hansal bhai strives to escape from his core area of competence – cinema of political and social relevance – to segue into a small town romedy-cum-sports flick. Teak hai, every filmmaker has the right to take a breather-vreather, no?

As for the heroine of the piece de irresistance, Neelima aka Neelu (Ms Bharuccha) sports hair-locks resembling single inverted commas dangling constantly by her cheeks. Enough to make me freaks. Not that there’s much to focus on, except the hair-conditioning, for the first hour and some more of this 136-minuter. How your wrist watch tocks ever so much with a tortoise-like tick. Should I have just switched channels to check out the bang-bang bulletrama John Wick?

How now? That would be a gross dereliction of duty. Must keep tabs on where on good earth Hansalbhai is going with this hairy tale, essentially about two males who’re competing for the post of the physical training instructor (PTI, not to be confused with the news agency) in a cosy-dozy Haryana school (or was it college?). Montu is from the state itself, Singh saab is ostensibly from Punjab. Ergo, a clash amidst states – not over supply of electricity or water – but over that PTI job. Sob.

After spending inordinate footage over establishing the principal, youngish characters and the elder citizens (Daddy Cool Satish Kaushik, Helpful Soul Saurabh Shukla and the campus principal Ila Arun - often wearing the biggest red flower in the world in her hair), you finally cut to the wild goose chase. Idea! Montu with a raggedy team of boys (girls are added as an afterthought) and Singh with a superior alpha team resolve to show who’s the worthier PTI; also score the heart of the inverted commaswalli Neelu by hosting a three-way tournament - in basketball, a relay race and kabaddi. So now let’s see who wins the malai and rabadi.

Meaning a fight-to-the finale is on between obvious losers and winners, or the puny Davids and the mega-Goliaths, which is the theme of practically every sport tussle you’ve witnessed, be it in the Rocky Balboa series, the Jo Jeeta Wohi Sikandar, Chak De India!, Dangal and scores more.

To be fair, I’m madly glad that I stuck on because the ordinary screenplay mercifully gets a face-lift. Although the competing kids are not singled out for a close-up or special treatment, they’re a welcome relief. And glory be, none of them are worried about their hair-dos and don’ts.

Neither are their recalcitrant parents who raise a valid point, but what about our bacha log ka studies? Quickly silenced. Next: The students’ training sessions involving sniffer dogs, gobar globs and strenuous work-outs, are picturised with fervour, never mind if the persistent background score keeps marauding your ear drums. Synthesiser blasts are on, as the tournament begins.

And the leap-lock does get intolerably exciting. Naturally you’re rooting for Haryana’s Montu over (supposedly) Punjab’s smug Singh. The sports events have you hooked, as they always do. Believe me, you have to be a lousy filmmaker to mess that up. Hansalji isn’t, so here’s at least a bronze medallion for him. Applause please.

Technically, at one point the editing opts for retro swipes and patterns, which you thought had disappeared with the last millennium. The cinematography is workmanlike, no moods, no shadows in sight since the aim perhaps is to be  brighter than freshly-scrubbed kitchen utensils. The dialogue favours punchy one-liners, none of them, which you jot down to remember vaguely.

Of the acting crew, Rajkummar Rao speaks at such a rat-a-tat machine-gun speed that you want to shout out loud, “Excuse, excuse, what did you just say?” Mohammed Zeeshan Ayyub ditto. Whatever happened to that good ole thing called pauses and silences to make a point instead of over-depending on reams of dialoguebaazi?

Nushratt Bharruccha is low-key to a degree but surely needs to let her hair down if she has to strike a screen presence. As the oldie goldies, both Satish Kaushik and Saurabh Shukla are perfection personified. And to be honest, that Amazonic flower in Ila Arun’s coiffure was a much-required spray of scent, especially in the arid first half of the dramaturgy.

All raved and ranted then, I’d say watch Chhalaang for its second-half. The rival students in the sports maidan, are natural-born actors. Even their hair is untidily ruffled. 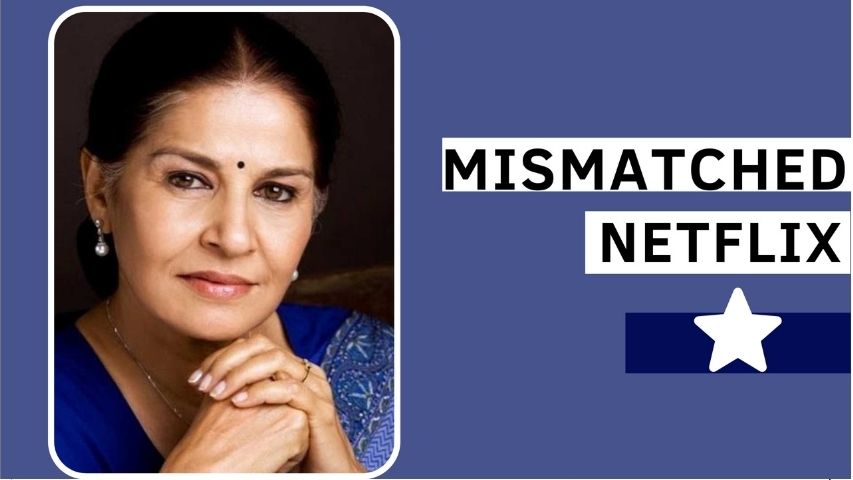 If you ask me, Suhasini Mulay as the grandma in this catered-for-the-millennials mini-web series, is so radiant and stately, that she puts the Now Generation into a deep and dark shade. As an empathetic Agony Aunt to her mixed-up grandson, she’s sheer delight.

So what’s the Young Gen up to here on a Jaipur campus? For starters, a small town girl from Ambala (Prajakta Koli) is determined to invent an app to help out anti-social teens, a device intended to become a rage of the nation if not the world. But there’s many a slip between the comp and codewords.

The campus fellas are on their own trip: one angst-ridden soul is angry since he’s on a wheelchair, a naive buddy confesses to Ms Ambala that she’s a lesbian, her subject of desire throws a flaming fit and the grandson dude who’s Richie Rich (Rohit Saraf) for some obscure reason tries to show that he’s a pleb.

More peeps abound: the app whiz professor (Rannvijay Singh whom you might remember from MTV Roadies) is a P.G. Wodehousean stiff upper-lip type, and a 41-year-old student (Vidya Malvade) longs to fit into the trendy boozing, hashing crowd. Ergo, that’s quite a motley bunch, all heading towards the League of Legends showdown for the best video gamer (methinks).

Jointly directed by Nipun Dharmadhikari and Akarsh Khurana (he of theatre background and helmer of Irrfan Khan film Karwaan), the outcome is stubbornly mediocre The script situations (particularly the finale) are contrived and predictable. Moreover, quite a few of the characters are as sketchy as  crayon doodles.

Prajakta Koli and  Rohit Saraf who keep falling in and out of erm love, are likeable enough. Rannvijay Singh is endurable. Still, the entire enterprise appears to be a tossaway without ever coming close to the psychology acuity of the Now Generation. The title says it all, it’s so mismatched that you can’t configure what it’s stammering to say. In a word, pointless. 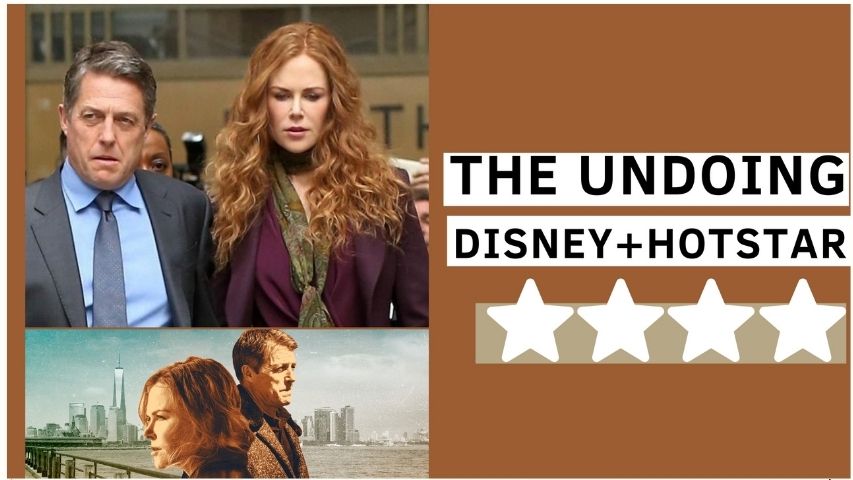 This psycho-thriller, located in New York, is as engrossing as it gets. Directed by Susanne Blier, whose The Night Watchman was outstanding, focuses on a lovey-dovey couple – she’s a therapist and he’s a paediatric oncologist - with an adorable son. Enter a mysterious murder and the husband turns out to be the prime suspect.

From the very first episode (one is premiered every week), you’re hooked. And that’s because of the fluent story telling, the shadows-and-light camerawork and a production design, which encapsulates the affluence of the Manhattan neighbourhood where all seems slick-chic. Only deceit, adultery and desperate measures lurk behind the varnished doors.

Without a shred of doubt, the pairing of Nicole Kidman with Hugh Grant, crackles with chemistry in every scene - whether it’s at the breakfast table or at a lonely resort on the oceanfront. Here’s the kind of tension-fraught cat-and-mouse game then, which returns you to the era of Hollywood when you would chew your nails with worry about the next U-turn in the plot. Perfect for late-night viewing.